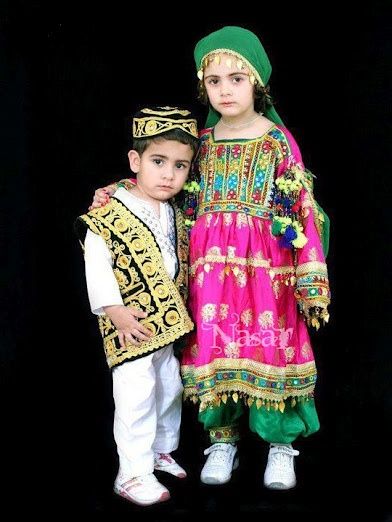 Pashtun culture (Pashto: پښتني هڅوب‎ ) Pashtunwali, which is an ancient way of life, as well as speaking of the Pashto language and wearing Pashtun dress.The Pashtun culture has little outside influence, and, over the ages, has retained a great degree of purity. 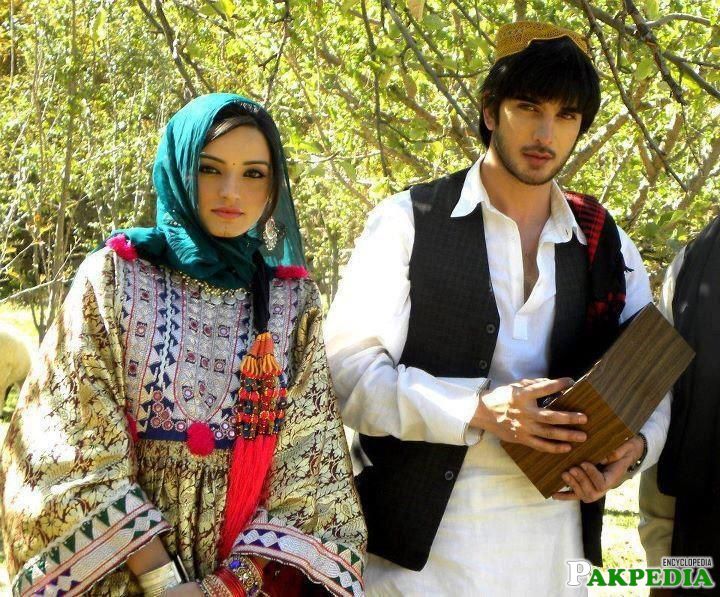 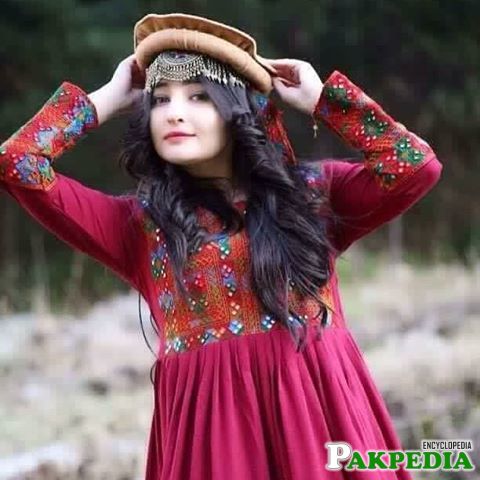 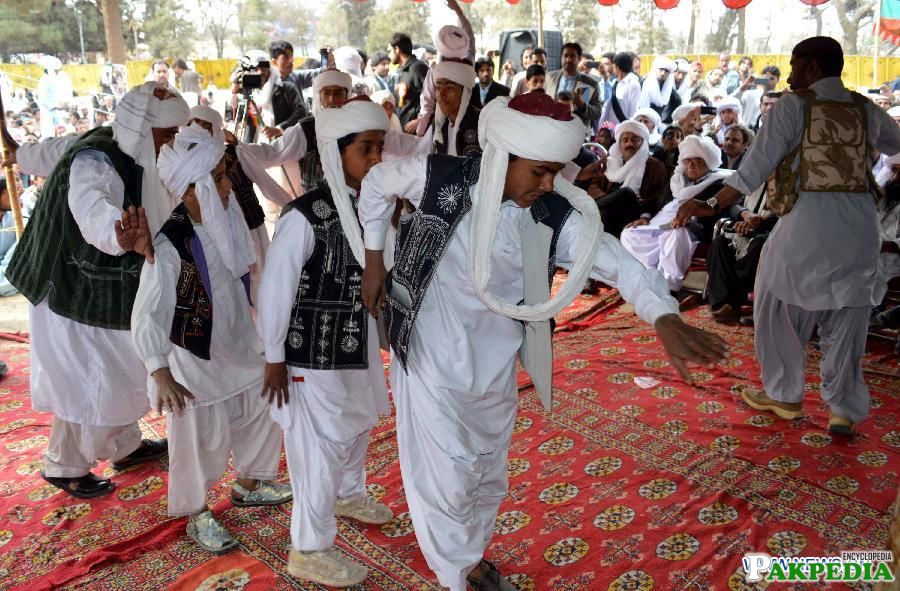 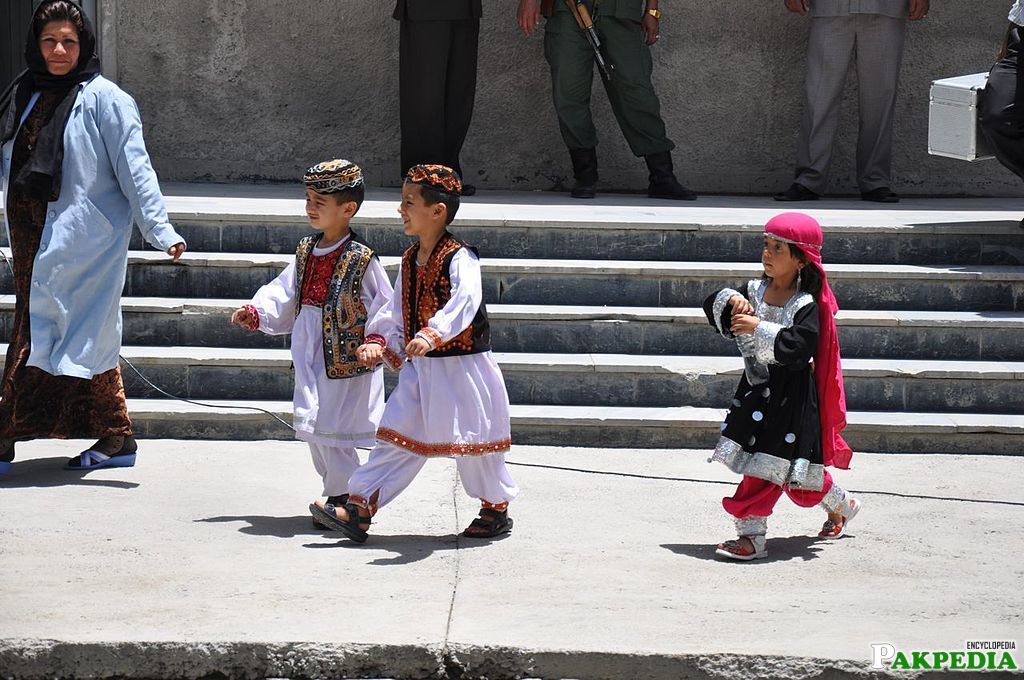 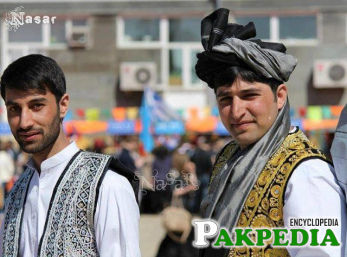 The history and the origins of Pathans has been a controversial debate however not much of a consensus could be formed.None was convincing enough to form a conclusion. Patahns are extremely obsessed and curious to know about their origin of their race, however it might not be a major concern for many other races. 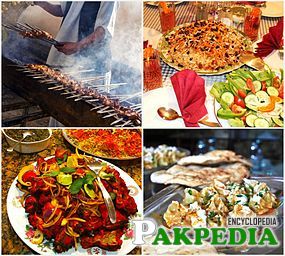 Pathan are very famous for their poetry ,they are very passionate and patriotic which is obvious from their poetry. Some of the famous poets are include Amir Kror Suri, Khushal Khan Khattak, Rahman Baba and many others.

Tappa is the oldest and most popular form of the Pakhtuns poetry. The first line is shorter than the succeeding one, yet it reflects all human feelings .It is also common among the Pashtuns that a boy of school would sing it, the elders in their hujrahs. It is the only song sung in the time of grief and on the occasion of marriage. In music it is sung with the traditional Pashto musical instruments rubab and mangai. Tappa has up to 16 different models of harmony and is being sung with full orchestra.

Charbetta is another famous form of peotry, which consists of an epic poem with special rhythms. There are four kinds of Charbetta. Normally, it a poem of four lines but might also have six or eight lines. All aspects of life are discussed in it. That includes the heroic deeds and heroism by legendary figures and sometime expresses the romantic feelings. The tempo is usually very fast and is sung by two or more singers as part of a chorus in which ones singer reads the first line while the others follow the remaining. The singing or recitation of a Charbetta is called Tang Takore. Traditionally Charbetta is started just after the finishing of a Tappa.

Neemakai has many different forms and normally women compose it. It is usually very short (1 to 3 lines). The first lines are repeated in the middle of the song and Tappa is usually added according to the subject and circumstances. Most of these songs in Pashtoon culture have been expressed in different areas about daily life and love.

Loba is very popular among the masses and are added within Tappas occasionally. This is a form of folk music in which a story is told. It requires 2 or more persons who reply to each other in a poetic form. The two sides are usually the lover and the beloved (the man and woman).

Shaan is sung during happiness such as marriages and or the birth of a child, and are sung in private congregations and social gatherings.

Badala is a professional form of folk music and consists of an epic poem or a ballad. Instruments used include the rubab, harmonium, mungey or tabla. In Badala, tribal traditions are the main theme as well as heroism, tragedies and romance. Badala consists of variations, because each couplet is varied in rhythms from other. It is sung traditionally at night.

Rubayi is a Pashto form of a Ghazal. The Rubayis of Rehman Baba are popular among the masses and is sung before the starting of Badala. As with the Ghazals, the Rubayi have been heavily influenced by Arabic, Persian and Turkish poetry.

In this dance, the dancers perform to the music.This dance is performed by both the genders involving 2-5 steps, ending with a clap given while facing the center, after which the process is repeated again. This dance is typically performed with the musician dictating the duration and speed.

The Khattak Dance is performed by the Khattak tribe.

A unique dance routine using rifles performed by the Mahsud tribe of Pashtuns. Originally it was used to dance at the time of war, but later on became a cultural dance. The dancers dance empty handed and require only large drums. Nowadays though it is danced with the guns in the dancers hand.

Two drummers and a flute player play a particular tune. Two persons leave the circle; go dancing towards the drummers, and come back dancing in the same manner. During performing both the persons turn around two times at a time once towards each other facing face to face and once keeping faces in opposite direction. After doing this separately they march while dancing to the assembled crowd. 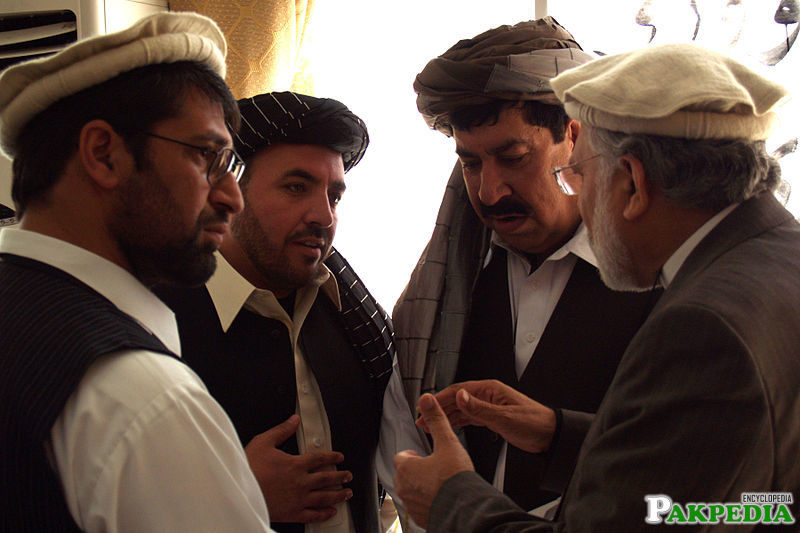 Pashtun men usually wear a Partoog-Korteh in Pashto(salwar kameez is Urdu)with a pakul (Pashtun hat). In the Kandahar region young men usually wear different type of hat similar to a topi and in the Peshawar region they wear white kufis instead. Leaders or tribal chiefs sometimes wear a karakul hat, like Hamid Karzai and others. Women and girls wear traditional long dresses with a light piece of cloth used to cover their hair.They also wear beautiful hand made jewellery. And beautiful pakhtoon frocks. 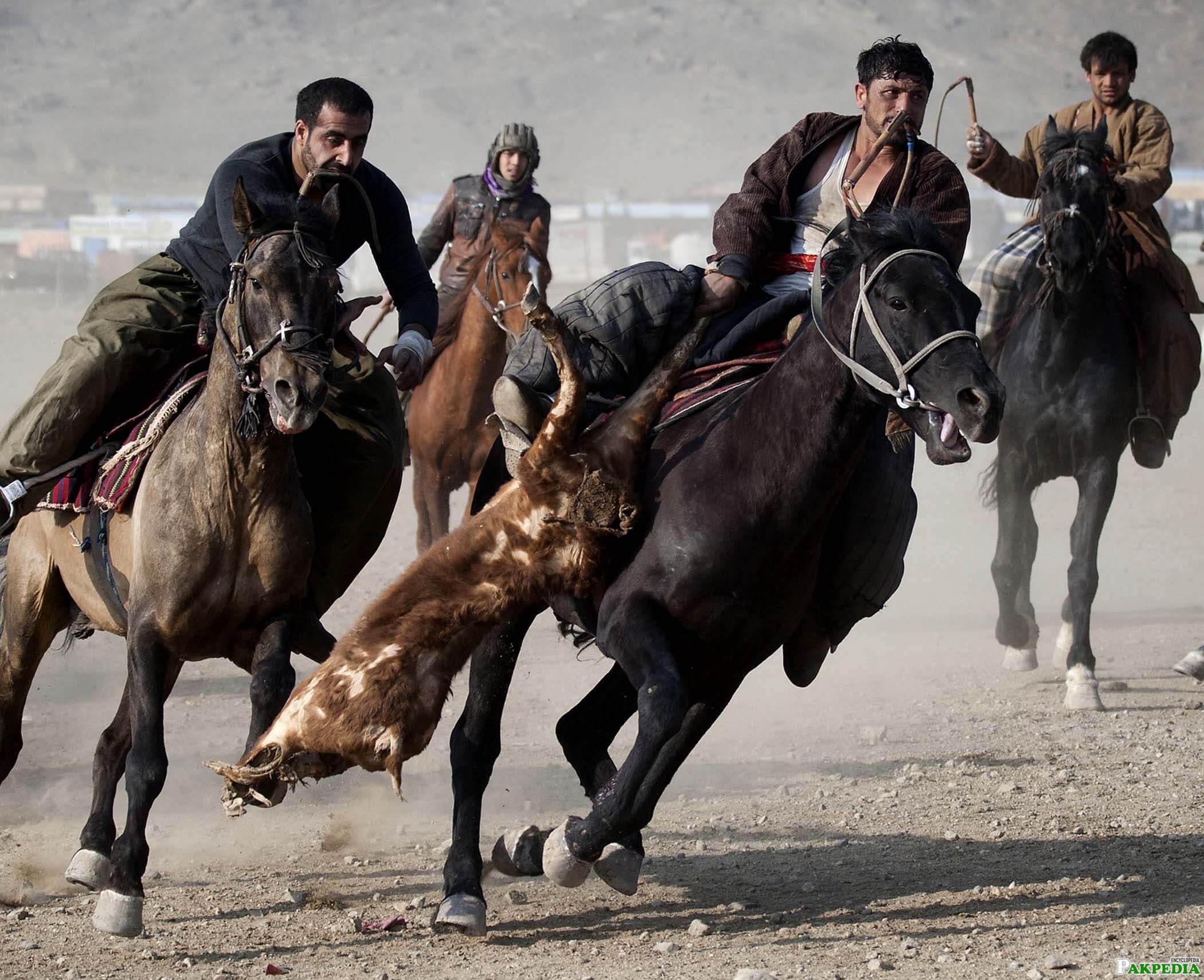 Some Pashtuns participate in buzkashi, which is a sport introduced in the region during the Mughal era.. The word buz means goat and ash means dragging or pulling. Not a team sport, it is every man for himself and that becomes apparent as soon as the game starts. Although buskashi is primarily an individual sport, alliances are built up between various players. Between the alliances, the strongest players finally take control .This is very similar to polo. Football is another sports very enjoyablely played by pathans of Khyber pahktoonwar. [1] History of Pashtun Culture 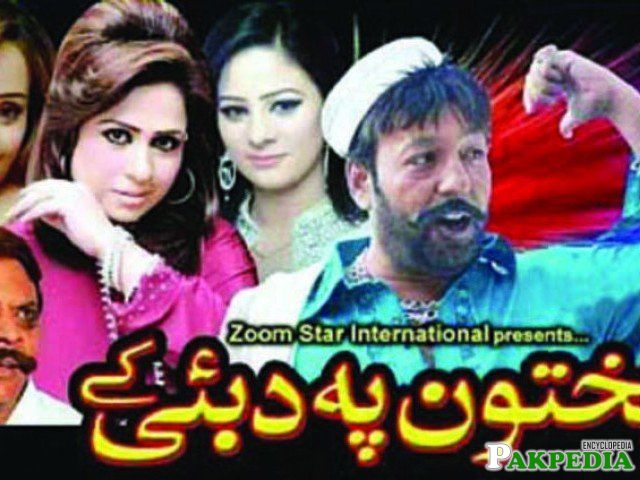 Pashto cinema, also known by its sobriquet Pollywood, is the Pashto language film industry of Pakistani cinema based in Peshawar, Khyber Pakhtunkhwa, Pakistan.Â [2] Pashtun Cinema In 2013 The 1st HD Pashto film Zama Arman Released. After 35 years, in 2015 the Pashto film industry released seven new movies, thus breaking all previous records of film production. All films were screened at the cinemas in Peshawar, Mingora, Mardan, Kohat and even in a few theatres of Karachi city. The movies released were Ma Cheera Gharib Sara, Sar-Teza Badmash, Daagh, Mayeen kho Lewani vee, Khanadani Badmash, Pukhtoon pa Dubai ke and I Love You too. Shama cinema in Peshawar is popular.Reham Khan's movie Janaan has won awards for its screenplay. On 19 August 2015, cult Pashto actress Musarrat Shaheen, who appeared in Haseena Atom Bomb, was killed by unknown militants. This is not the first time Pashto celebrities have been targeted for murder, as on 19 June 2014, Pashto singer Gulnaz (Muskan) was also killedand in June 2013, actress Bushra Waiz (Shazia Aziz) was the victim of an acid attack after she refused to marry a producer named Shaukat Khan. In 2001, Pakistani Pashto began to be released in Afghanistan. In 2015, Sanober Qaiser film Sartez Badmash was released in two cinemas in Kabul and Pakhtun Pay Dubai got released in Dubai also, alongside Kabul.[3] Pakistani Pashto film makes a mark in KabulÂ 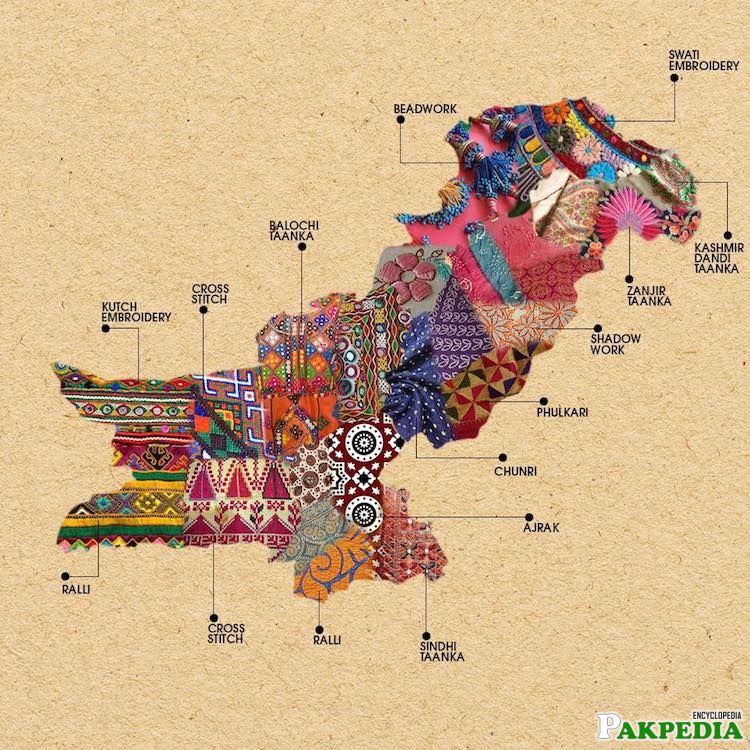 The Kalash live in about 12 villages in the valley