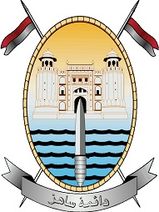 In 1969, due to heavy commitment of Sutlej Rangers it was restructured and a new Unit was raised name Chenab Rangers with its Headquarters at Sialkot, having 193 Kilometers Working Boundary and 105 Kilometers of International Border.

In late 1989, due to growing riots and worsening Law and Order situation in Sindh, a new force was raised named Mehran force under the direct command of Director General Pakistan Rangers with its nucleus Headquarters in Karachi. Five permanent Sectors consisting four wings each named Shahbaz Rangers, Bhattai Rangers, Qasim Rangers, Sachal Rangers and Indus Rangers were the part of this force. It is extremely gratifying to address through the recently launched website of the LION HEARTED, Pakistan Rangers ( Punjab), which through ages have proved their mettle at every juncture. Rangers, unquestionably enjoy exceptional reputation at all the tiers of Command and Staff at national level, may it be border guarding, Internal Security or any other assignments. Recital of Rangers has always been outclass and well above the expectations. I would like to appreciate each and every individual of the Force for bringing good name to the organization. The contemporary era is characterised by interdependence the need to work collectively for peace & stability and Pakistan Rangers (Punjab) will continue working with other agencies to improve Law & Order situation in the country.Efforts put in by all in chain in making this website rich in substance and thought provoking is commendable, an opportunity to reflect and express ourselves. This site has provided us an opportunity to present our Force to the world. While browsing one will reveal that the site is imaginatively conceived, immaculately configured, thoughtfully laid out and is a valuable blend of professional excellence and technical prowess.
I hope everyone will get benefit out of it and all efforts will be put in to maintain the standard. For any comments or correspondence, we are always keen to Welcome you.
May ALLAH Almighty bless us ( Amen ).

The Pakistan Rangers are a paramilitary Force under the control of the Ministry of the Interior of the Pakistan Government.

Pakistan Rangers is mainly responsible for the protection of Pakistan’s Eastern Borders, however, at times it also assists the Government for Internal Security Duty. The Rangers are also very active in securing important monuments and guarding national assets in various cities of Pakistan. The Rangers have notably contributed towards maintaining law and order in the country.
Pakistan Rangers (Punjab) is primarily responsible for guarding 1300 KMs Eastern Border of Province of Punjab. In addition, the Force is also actively involved in Internal Security tasks all over the Province of Punjab. The extensive employment led to a major expansion taking place between 2003 and 2005, from 17 Wings to 23 Wings. Rangers have fought shoulder to shoulder with Pakistan Army in the past two wars. Details are as under:

The Motto of Pakistan Rangers (Punjab) is Daaeman Saaheran , which means “Ever Vigil” or “Always Awake” and all of the Officers and Jawans try their best to prove worthy of it.[3] pakistan rangers Introduction Pakistan Rangers (Punjab) has also the unique honor to display exhibition drill at flag lowering ceremonies at JCP Wagha, Ganda Singh Wala and Sulemanki. The individual and collective patriotic spirit, exuberance and perfection in drill movements during these displays is a source of attraction at national and international level.[4] Pakistan Rangers Flag Ceremony One of the major responsibilities assigned to Pakistan Rangers (Punjab) is to prevent smuggling on the borders. Although smuggling has been cut down considerably after erection of fence by the Indians, yet, items like gold, narcotics and drugs are smuggled  from Pakistan while liquor and acetic anhydride are smuggled from India. In fact, the fence has given Indians control over smuggling.[6]  Anti Smuggling

On 21st January 2003, Sui Gas Pipe line was blown up between Guddu and Sui in an act of sabotage. Therefore, on 28 January 2003 a Task Force of a wing (plus) strength was moved to protect over 160 kilometers of gas pipeline. Presently 1 x Wing strength is guarding the pipeline.[7] Protection of Sui Northern Gas Pipeline

By the name of “Operation Fair Deal”, our troops participated in joint operation with Pakistan Rangers (Sindh) and Frontier Corps Balochistan from 9-16 July 2003 to seal the Provincial border against miscreants fleeing from Provinces of Sindh and Baluchistan, where the flushing operation was launched. Presently 2 x Wings strength are deployed for the Sealing of Tri-junction Border and construction of 2 x Police Stations and 15 x Police Posts in Kashmore and Rojhan area.

20 x all ranks are deployed in Jampur for the protection of PARCCO Staff who are engaged in laying White Oil Pipeline from Umerkot to Mehmood Kot. In late 80s, due to worsening law and order situation in Karachi and Hyderabad, Mehran Force was raised in September 1988. Army was de-inducted from Internal Security duties in 1994 and Mehran Force continued to control law and order of the province. In early 90s, ethnic violence resulted in wide spread unrest. To control the situation,Federal Government decided to substantially increase the strength of Rangers and the raising of separate Headquarters for Civil Armed Force in Sindh. Consequently, in March 1995, Pakistan Rangers thus got bifurcated into Pakistan Rangers (Punjab) and Pakistan Rangers (Sindh). Mehran Force and other Corps of Pakistan Rangers operated in the province of Sindh formed part of Pakistan Rangers (Sindh).[8]  Worsening Law
The Force is governed by Rangers Ordinance 1959 under the Ministry of Interior while the Government of Sindh requisitions Sindh Rangers for Internal Security duties on yearly basis.