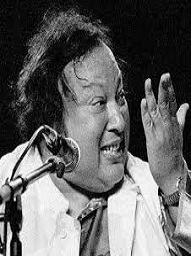 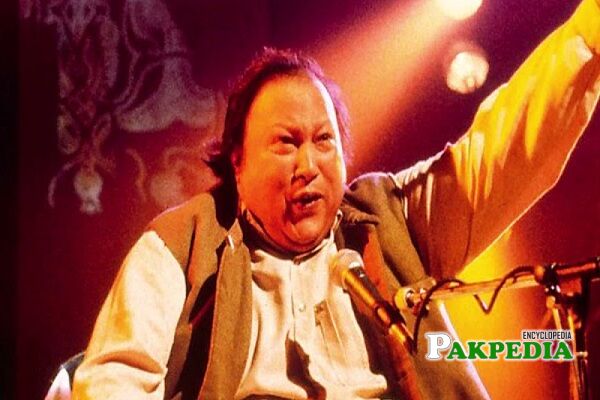 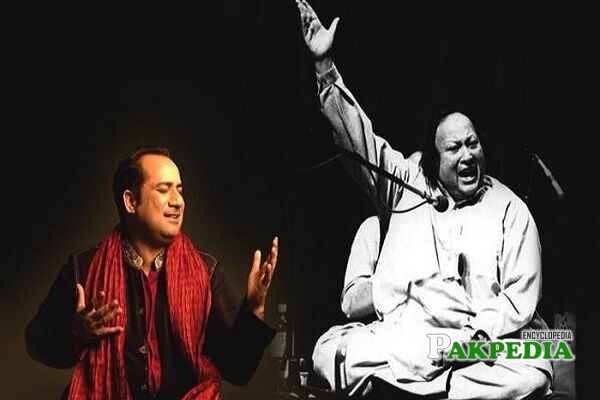 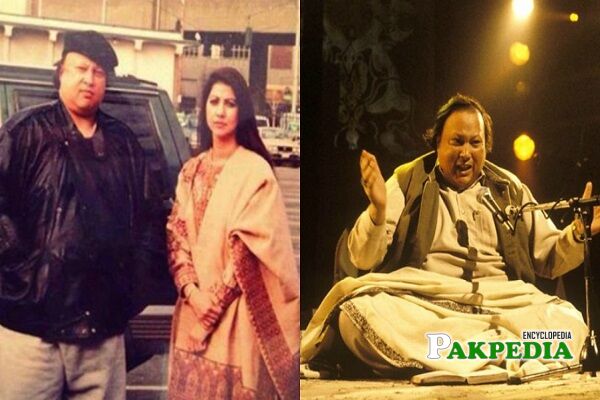 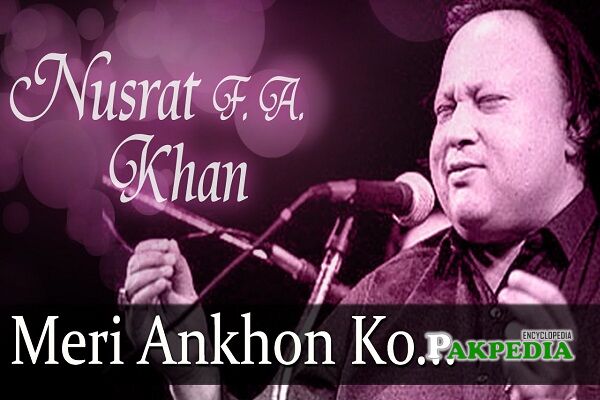 He is considered as 'Shanshae Qawwali', and was the first Pakistani artist who made Qawwali popular among Western natives. Nusrat was blessed with a powerful and mesmerizing voice. His voice mesmerized not only the Pakistani audience but also all around the globe. Not only the people of that time but also the new generation of today is a diehard fan of his voice. Apart from Pakistan, Nusrat's work on Indian music charts is also highly valued. Apart from a talented musician, he was a man with a high tolerance level.

Khan opened his eyes in a Punjabi family on 13th October 1948. Faisalabad city is honoured that King of Qawwali belonged to this city. His family hails in Jalandhar from Basti Sheikh.

As khan belonged to a family of Qawwals and musicians, his father did not desire him to follow the tradition of family. He wanted a respectable and high-status profession like a doctor or engineer for Khan. His father was of the view that Qawwali artists don't enjoy a high status in society. But Khan manifested such an engrossment that his father relented.

Khan's forefathers learned singing and music in Jalandhar and later made it their profession. His father, Fateh Ali Khan, was a vocalist, qawwal, musicologist, and instrumentalist. Fateh Ali Khan had four daughters and a son Farrukh Fateh Ali. Farrukh was a harmonium player in Qawwali. Two brothers of Fateh Ali Khan Ustad Salamat Ali Khan and Ustad Mubarik Ali Khan were famous qawwals who sang in the classical style. Qawwali tradition of this family had transferred from one generation to another for 600 years. The new generation from this family, the nephew of Nusrat Fateh Ali Khan, is also a big name in Qawwali and music. In 1979 Khan tied the knot with his 1st cousin, his uncle Salamat Ali Khan's daughter Naheed. The couple had a daughter Nida.

Indian musicians kept copying his songs without giving credits, but he never felt bad about it. His talent made the name of Pakistani music all over the world. In recognition of his contributions to music, he was awarded Pride of Performance' by Pakistan's president. An auditorium in FAC(Faisalabad Arts Center) was named after his name 'Nusrat Fateh Ali Khan Auditorium'. Not only in Pakistan but also in many other countries, his singing styles and talents were recognized and awarded different awards. His name was also included in American's news channel CNN's list of the twenty most iconic singers from 50 years. Throughout his musical career of 25 years, he kept receiving honorary titles. He received the title of  'Ustad' after his performance on classical music at an event in Lahore on his father's death anniversary. By recording 125 Qawwali albums, he made a Guinness World Record. He is still alive in the hearts of the people.

Before his death, Khan composed music for Bollywood movies, including 'Aur Payar Ho Gya' and 'Kartoos.' He also composed music for another Indian film, 'Kachay Dhagay', where he sang 'Is Shan e Karam Ka Kia Kehna.' This movie was released two years after his demise. Famous Indian playback singers Lata and Asha sang the songs composed by Khan in his short stint in the Indian film industry. For Sunny Deol's film Dil Lagi he sang 'Saya Bh Jab Sath Chor Jaye'. Khan sang 'Dulhay Ka Sehra' for the Bollywood movie Dhadkan which appeared on screens in 2000. For the album Vande Matram, which was composed by A.R. Rehman, he contributed a song 'Gurus of Peace'. This album was released to commemorate India's 50th independence anniversary.

According to some reports, Khan's weight was 135 Kilos. He had not been well for many months. For the treatment of Kidney and liver ailments, he traveled to London, where he was immediately moved to London's Cromwell Hospital. On 16th August 1997, at the age of 48, he took his last breath in the hospital by a sudden heart attack. Khan's dead body was deported to his hometown Faisalabad. His funeral was attended by a large crowd. Khan was embeded in 'Kabotraan Wala Qabristaan' other name for 'Jhang Graveyard' that is situated on Jhang Road Faisalabad. After Khan's death, his spouse Naheed and the only daughter Nida settled in Canada.