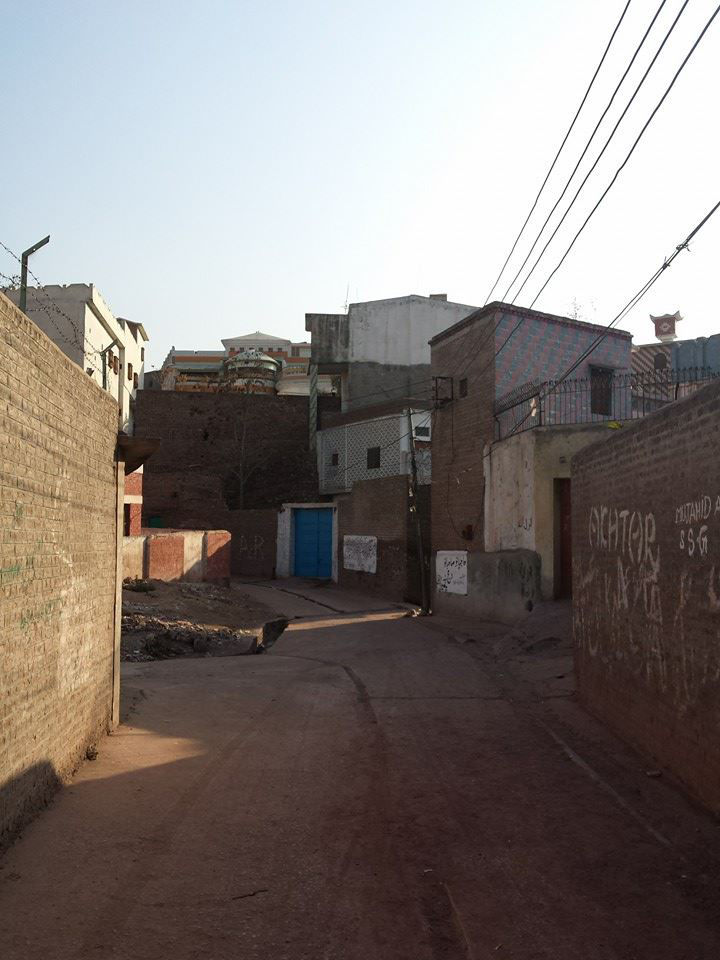 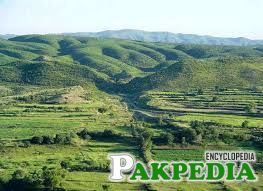 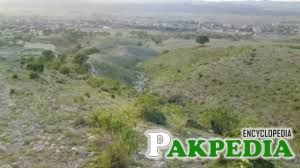 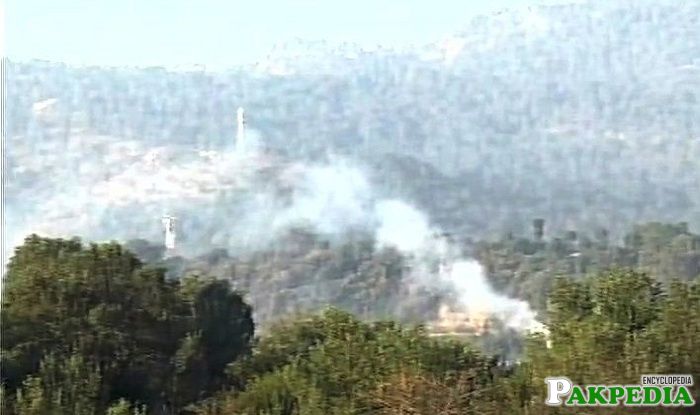 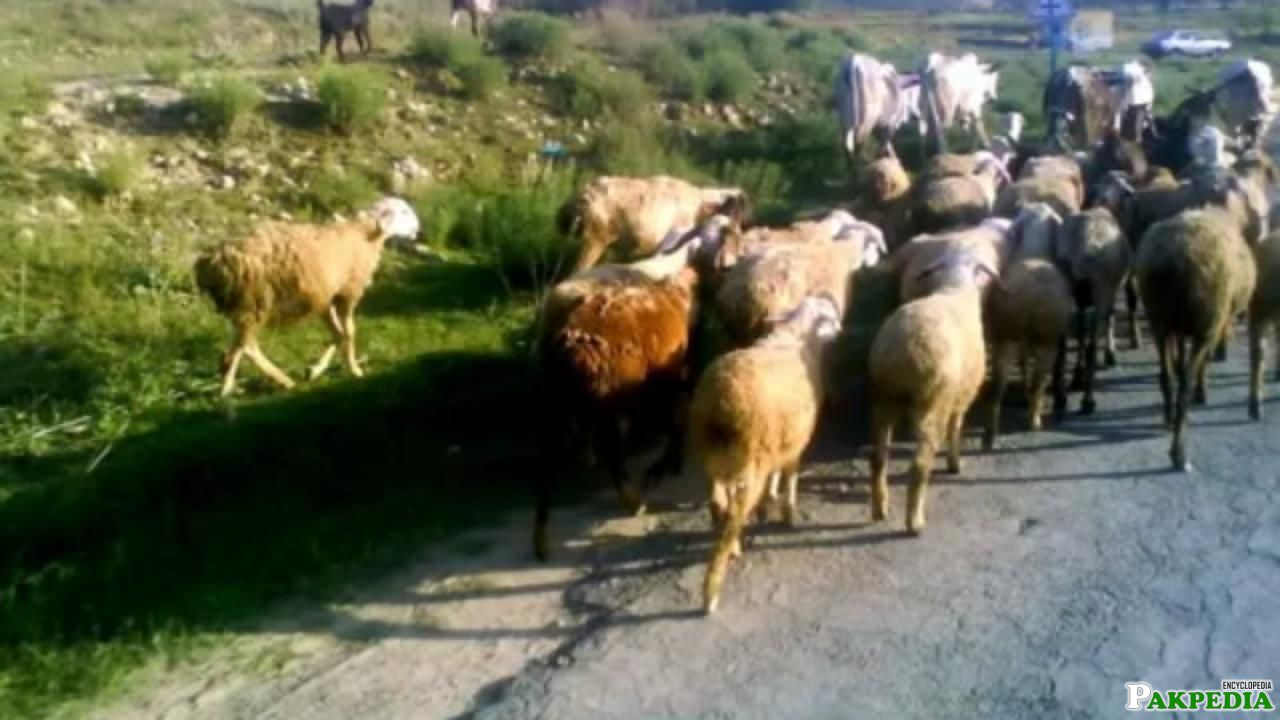 At some time between the era of Mahmud of Ghazni and Sultan Shahab ud din Ghori Arabs marauders captured the mountainous region of Salt range and settled in the mountains after they defeated the Janjuas, Gakhars, and other Rajput tribes until they permanently settled here.[3] History - naushera It is stated in the Imperial Gazetteer of India that They are essentially a tribe of the Salt Range, where they once held independent possessions of very considerable extent, and in the western and central portions of which they are still the dominant race.While writing about the Chiefs of Punjab, Sir Lepel Henry Griffin states in his book entitled, The Panjab Chiefs: the most authentic book on the subject that; All branches of the tribe (Awans) are unanimous in stating that they originally came from neighourhood of Ghazni to India, and all trace their genealogy to Hasrat Ali the son-in-law of the Prophet. Kutab Shah, who came from Ghazni with Sultan Mahmud, was the common ancestor of the Awans.It was only in the Rawalpindi, Jhelam and Shahpur districts that they became of any political importance. In Shahpur District the Awans held the hilly country to the north west, Jalar, Naoshera (Naushera) and Sukesar, where the head of the tribe still resides.[4] sites - google.com

Awan are the major people inhabiting Naushera. H.A. Rose writes, "But in the best available account of the tribe, the Awans are indeed said to be of Arabian origin and descendants of Qutb Shah."[5] A Glossary - Tribes Sir Lepel H. Griffin writes in his book The Panjab Chiefs (1865 Edition) that: All branches of the tribe (Awans) are unanimous in stating that they originally came from neighourhood of ghazni to India, and all trace their genealogy to Hasrat Ali the son-in-law of the Prophet. Kutab Shah, who came from Ghazni with Sultan Mahmud, was the common ancestor of the Awans.It was only in the Rawalpindi, Jhelam and Shahpur districts that they became of any political importance. In Shahpur District the Awans held the hilly country to the north west, Jalar, Naoshera (Naushera) and Sukesar, where the head of the tribe still resides.The head of the tribe or village in the Soon valley was known as Raees-Azam. The last Raees-Azam of Naushera was Qazi Mazhar Qayyum. With the growth of industrialization in the country and lack of development programs in the area and migration of people of Naushera towards big cities of the country and even foreign countries, the tribal solidarity is becoming weak. The process of industrialisation has been rapidly destroying the age-old customs and traditions of this ancient tribe and patriarchal society. The other sub branches and small tribes of Naushera are Latifal, Jurwal, Radhnal, Sheraal.[6] Sir Michael - O'Dwyer

With the advent of the British Raj a new profession was opened for the local people. The Awans were classified to be "martial race". The British recruited army heavily from Naushera for service in the colonial army, and as such, the Awans also formed an important part of the British Indian Army, serving with distinction during World Wars II and I. Of all the Muslim groups recruited by the British, proportionally, the Awans produced the largest number of recruits during the First and Second World Wars. Contemporary historians, namely Professor Ian Talbot and Professor Tan Tai Yong, have written works that cite the Awans (amongst other tribes) as being looked upon as a martial race by not only the British, but neighbouring tribes as well. Of these perhaps the most interesting were the Awans of the Salt Range.It occurred to Wilson and me, who spent much time among them and every year had to send hundreds of them to prison for violent breaches of the peace, that it would be for their good and ours to open a career for the young" bloods" in the Army. A new battalion was then being raised. We induced the Commandant to come down to the great Horse Fair in 1888 or 1889, and persuaded the Awan graybeards to bring in some hundreds of their young men- preferably the wilder spirits. Recruiting caught on like wild-fire, and in twenty years the Awan soldier had made his name and was to be found in nearly every Mohammedan company or squadron recruited in the Punjab. The material benefits were of no small value to a poor and frugal tribe; but they valued even more the increased izzat (honour) which military service confers in the Punjab. In the Great War nearly every fit man of military age came forward from these Awan villages, and an inspiring sight was to see the batches of young recruits escorted for miles on their way by their mothers, wives, and sisters, singing songs of the brave deeds of their forefathers and urging the young men to emulate them.[7] I knew it - 1885-1925

Being a tribe of Arab origin, the local people follows Islamic culture and traditions. Unlike the other parts of Punjab where most people, follow the Indian form of the marriage ceremony, the marriages in Naushera are still arranged according to Islamic traditions and the wedding ceremony usually takes place at the mosques. Nikah is attended by close family members, relatives, and friends of groom and bride. Usually, the men and women are made to sit separately, in different rooms, or have a purdah (curtain) separating them. Luddi is famous folk dance on occasions of happiness. Also dhol and shehnai are famous musical instruments for celebrations.[1] naushera - wordpress.com

Naushera has produced families of qadis, Muslim jurists who used to live in the Mahalla Qazian Wala. The best known qazis of this family were Qazi Kalim Allah, Qazi Mian Muhammad Amjad. Qazi Mian Ahmad, Qazi Mazhar Qayyum, Qazi Manzoor ul Haq, Qazi Zafar Hussain.Qazi Mian Muhammad Amjad was born of the qadis family of Naushera, Soon Valley. He was a descendant of Hazrat Ali Ibn Abi Talib, the fourth caliph of Islam from Al-Abbas ibn Ali. He was grand son of Qazi Kalim Allah, the Muslim qadi and jurist of Naushera in the time of Mughal emperors. He was a legal scholar of the Hanafi school of Islamic law. During the period of British government, he rendered legal opinions on Islamic laws and Fiqh.Qazi Manzoor ul Haq, Imam Abu Hanifa of Naushera was the second son of Qazi Mian Muhammad Amjad. He was known as Imam Abu Hanifa of Naushera. He was a scholar of Islamic law. In the age of British government when cases were decided according to English law, Muslims consulted him for his legal opinions on Islamic laws. He issued many "fatwas" like his father and was well known in the field Hanafi school of law. His son Dr. Mazafar ul Haq was the first of those Pakistanis who had a M.B.B.S. degree. He died in 1954 and was buried in Naushera.Khan Sahib Qazi Zafar Hussain, was the third son of Qazi Mian Muhammad Amjad. In 1945, he was awarded by the title of Khan Sahib by the British Government in recognition of his services. He used his family and political influence to help the people of his area. He died in 1968. He was buried in Naushera, Soon Valley.[8] naushera apageof - history

There are three Tehsils in district Nowshera they are

Total 593 people in the village are literate, among them 343 are male and 250 are female. Literacy rate (children under 6 are excluded) of Naushera is 78%. 89% of male and 67% of female population are literate here.[9]  Literacy

Nankana Sahib is a holy place where the founder of