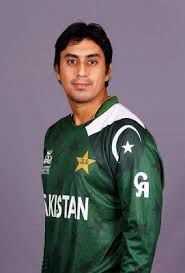 A left-hand opening batsman, Nasir Jamshed has shown enough promise to be considered a long-term prospect in the Pakistan batting line-up. He made his international debut in early 2008, in the home ODI series against Zimbabwe, and though he did reasonably well in his early games, he was dropped in 2009 and spent two-and-a-half years away from international cricket. He returned with his appetite suitably whetted, and 2012 was a particularly memorable year for him, as he scored two ODI hundreds against India, and followed up with one more early the next year to firmly establish himself at the top of the order. An aggressive batsman, Jamshed plays strokes all round the wicket, but also backs it up with sound temperament and an ability to convert starts into big scores 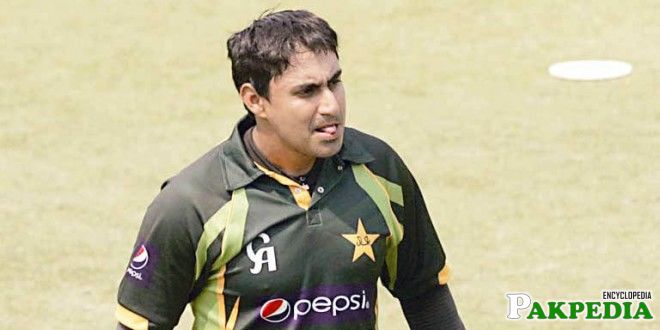 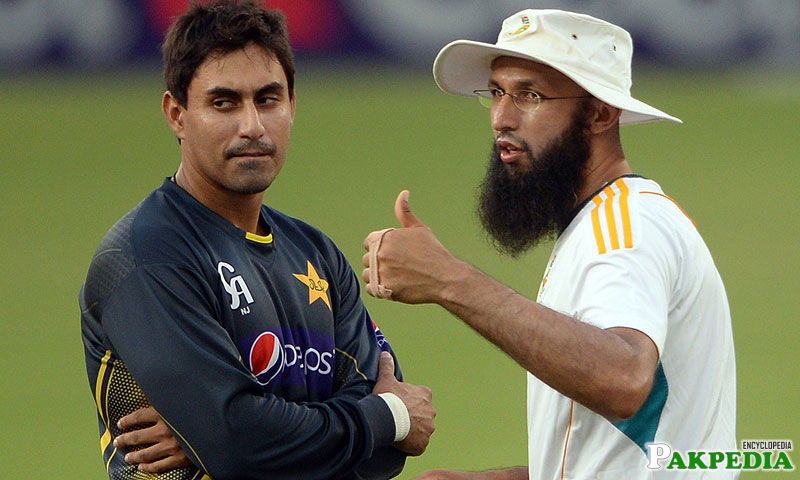 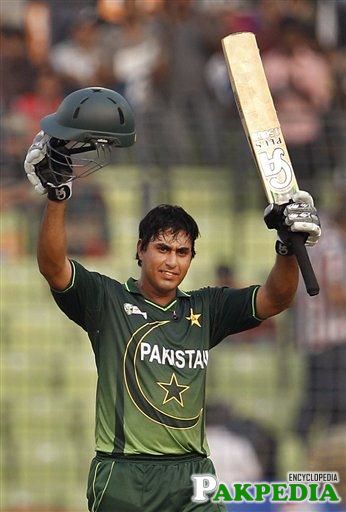 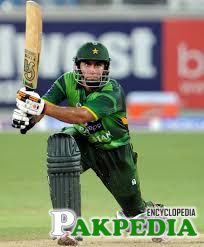 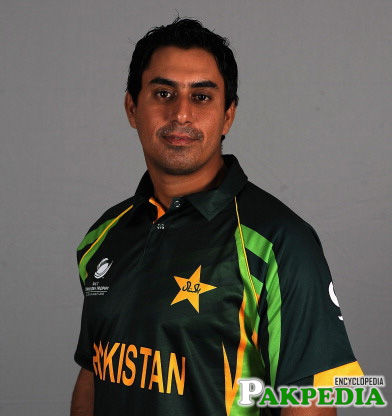 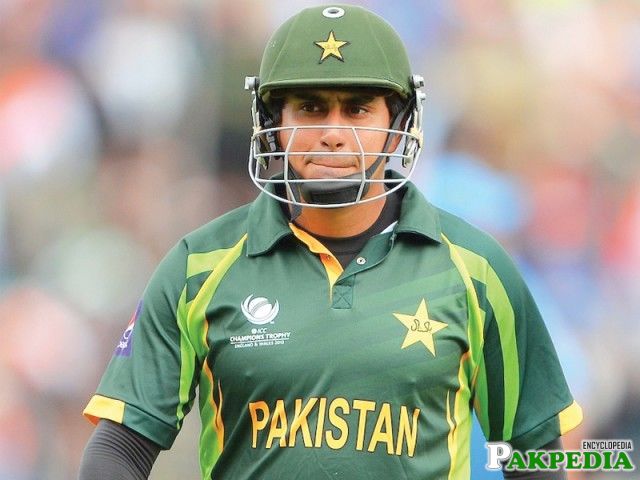 Nasir Jamshed (Â born 6 December 1989) is a cricketer who represents Pakistan cricket team in One Day International (ODI) and Twenty20 International (T20I) matches. He is a left-handed opening batsman.[1] "Player profile- CricketArchive Jamshed's talent was visible from his junior days, and he made a mark very early in his cricketing career. Following an impressive 74 for National Bank of Pakistan (NBP) on his first-class debut when aged only 15, Nasir Jamshed was selected for the Pakistan Under-19s side to play the visiting Sri Lankans. Scoring a 44 and a 204 on his debut, he helped his side draw that match after Pakistan had conceded a 253-run first-innings lead. Although he failed to replicate those performances for the remainder of the season, he remained part of the NBP squad as well as representing Lahore. Jamshed was also part of the Pakistan U-19 squad that successfully defended its title in 2006, beating India by 38 runs.He started off with a bang with the senior team as well. Given an opportunity to debut against Zimbabwe in January 2008 Nasir Jamshed smashed a 48-ball 61 opening the innings and he also bagged the Man of the Match award. His second game was even better in terms of run scoring, this time a 74 against the same opposition.

He Nasir made his first-class debut at the age of just 15 and was soon selected to the Pakistan Under-19 cricket team for a series against Sri Lanka, making 204 in the second innings on his debut[2] Nasir Jamshed- ESPNcricinfo At Twenty20 level, he made his debut for theÂ Lahore Lions in April 2005, at the age of 15 year and 140 days, making him the youngest ever player to play in Twenty20 matches (ESPNcricinfo incorrectly lists two other players, Shah Mureed and Rana Kalangutkar, as having debuted at younger ages).[3] Individual records - Youngest players In the 2005â€œ06 Quaid-e-Azam Trophy series he scored over 800 runs and earned selection in the Patron's XI side to play Zimbabwe. He made 182 runs and within a week was playing ODI cricket for Pakistan. In his debut against Zimbabwe, he opened the batting and smashed 61 off just 48 deliveries which saw him win the Man of the Match award. In his second ODI, he hit 74 off 64 balls, becoming only third Pakistani to make consecutive half centuries in first and second matches.In the 2008 Asia Cup, Jamshed scored two consecutive half centuries, 53 runs against India before he was retired hurt and 52 not out against Bangladesh, at the National Stadium, Karachi[4] Asia Cup - cricinfo. From these performances, he has really strengthened his position as an opener in the Pakistani ODI squad. During the Asia Cup 2008 Jamshed's fitness was questioned by the commentators and he visibly seemed over weight. This lack of fitness also lead him to miss the following Twenty20 tournament in Canada, and a 3 match ODI series against the West Indies. His exclusion from the national team continued in January 2009 when he was passed over for Khurram Manzoor during the Sri Lanka ODI series.

He made his first one day international century against India on 18 March 2012 in Bangladesh at Sher-e-Bangla National Stadium Mirpur at the 2012 Asia Cup. He scored 112 off just 104 balls and was involved in a 224 run partnership with Mohammad Hafeez, which is the second-best opening partnership for Pakistan against any team and first best partnership against India in one day internationals. They eclipsed Aamer Sohail and Saeed Anwar's record of 144 runs which was made in 1996. He had a poor ICC World Cup 2015 in which he was dismissed in the single figures thrice and frequently struggled with the pull shot.[5] Kohli demolishes- record chase

Previous Pakistan opening batsman Nasir Jamshed was accused of two checks of pay off by the National Crime Agency on Thursday 20th December 2018 in the initial illustration of the British police following up on supposed cricket defilement abroad. Jamshed was first arrested in Feb 2017 after the claiming of Match fixing in Pakistan Super League and Bangladesh Premium League.Â It will be the first cricket debasement case to outreach court since Mervyn Westfield was detained for four months in 2012 for spot-settling while at the same time playing for Essex in a 40-over match.
Disclaimer: As an encyclopedia, pakpedia.pk's articles contains shared information which has collected from different sources and people. We welcome everyone for corrections and updates, Thank you.

Shoaib Malik is a Pakistani cricketer and former c