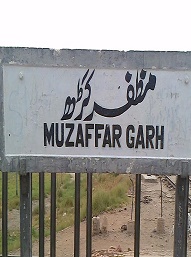 Muzaffargarh  is a city in the southwestern Punjab province of Pakistan, and is located on the bank of the Chenab River. It is the capital city of the Muzaffargarh District.The Muzaffargarh region was an agricultural and forested area during the rule of the Indus Valley Civilization. Then came the Vedic period, which was characterized by the introduction of Indo-Aryan culture from Central Asia into the Punjab province. Over time, several other civilizations came to power in the ancient town and surrounding district: the Kambojas, the Daradas, the Kekayas, the Madras, the Pauravas, the Yaudheyas, the Malavas and the Kurus. After the fall of the Achaemenid Empire in 331 BCE, Alexander the Great marched into the present-day Punjab province with an army of 50,000 men. The Muzaffargarh region was, during different time periods, also ruled by the Maurya Empire, the Indo-Greek kingdom, the Kushan Empire, the Gupta Empire, the White Huns, the Kushano-Hephthalites, and the Shahi kingdom.[1] muzaffargarh - lhc. 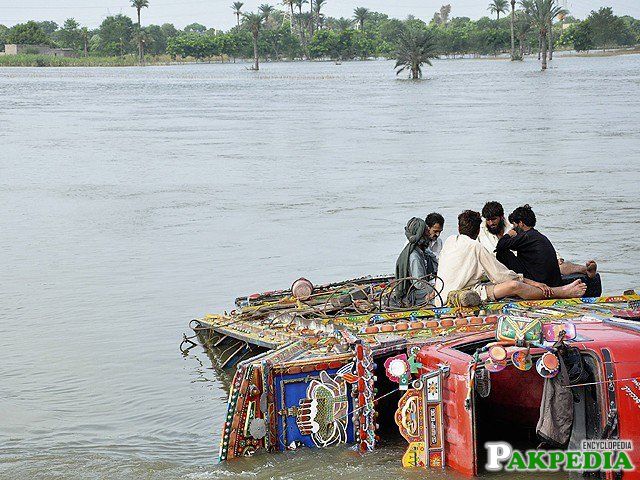 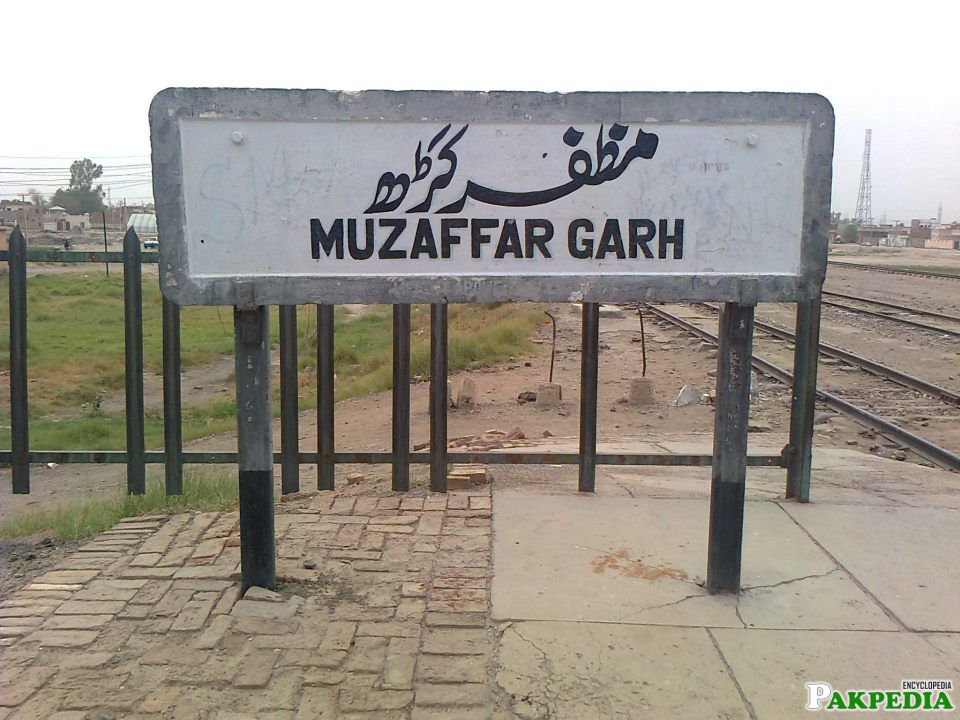 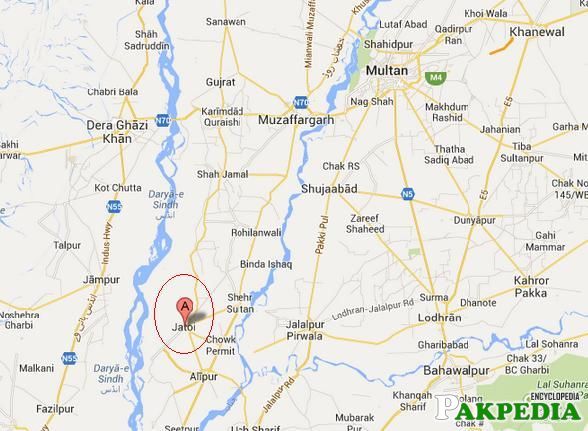 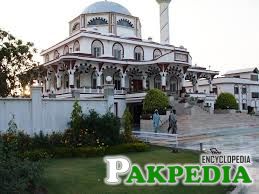 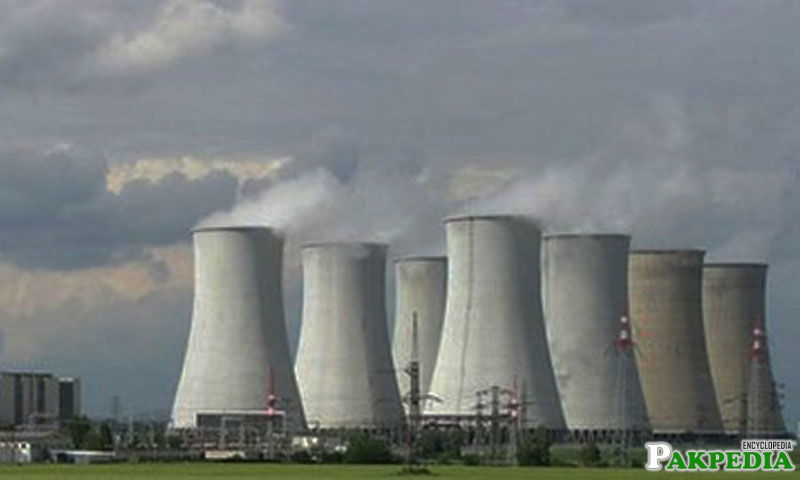 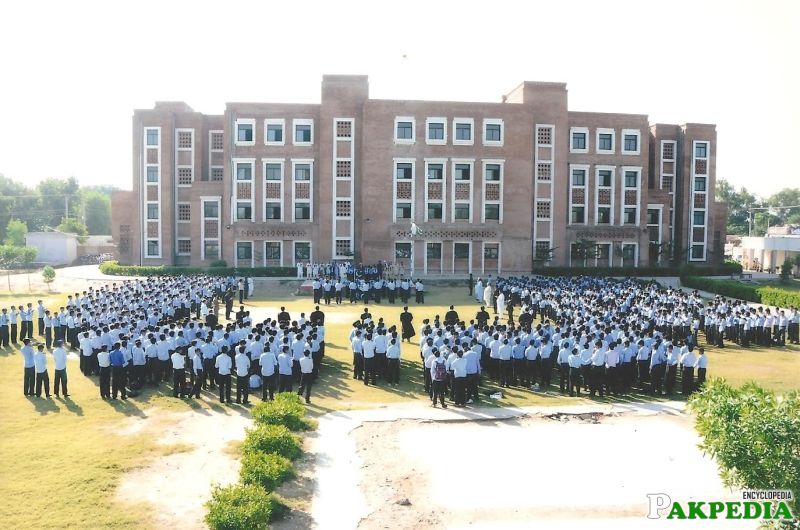 In 997 CE, Sultan Mahmud Ghaznavi took over the Ghaznavid Empire, and, in 1005, conquered the Shahis in Kabul, which granted him power over the Punjab region. The Delhi Sultanate and later the Mughal Empire also ruled the region. The location of the present-day town became predominantly Muslim during this time because of the arrival of missionary Sufis whose dargahs still persist in the area.After the decline of the Mughal Empire, the Sikhs invaded and occupied the Muzaffargarh District. During this period, the Muslim population faced severe restrictions. Later, in 1848, the British Raj assumed control of the area.[2] History -  History

Muzaffargarh was founded by 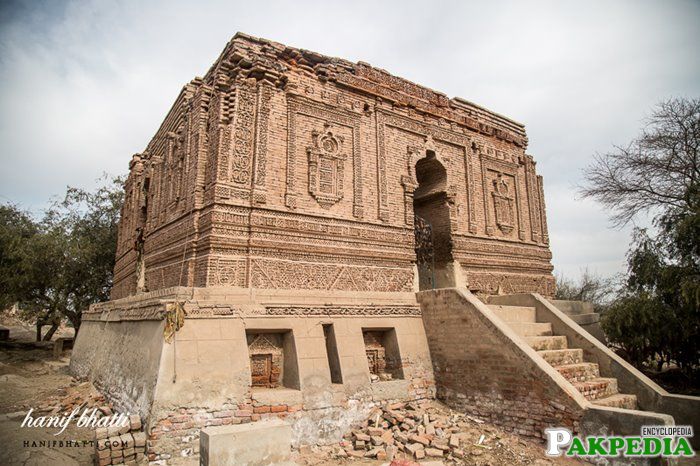 In 1794, the town of Muzaffargarh was founded by the governor of Multan, Nawab Muzaffar Khan. The meaning of the word is "Fort of Muzaffar" because the "historic district" lies within the walls of a fort built by the governor. In 1864, it became the capital of the Muzaffargarh District.[3] Profile -   Southern Punjab The place was also referred to as Kala Pani (Black Water), as it is located between two rivers: the Indus and the Chenab. It was linked to the surrounding lands by bridges during the British era.During the independence movement of Pakistan, the Muslim population supported the Muslim League and the Pakistani Movement.

In 1947, after Pakistan gained independence, the minority Hindus and Sikhs migrated to India while the Muslim refugees from India settled in Muzaffargarh.Muzaffargarh spreads over an area of 8,249 km2 and forms a strip between the Chenab River to the east and Indus River to the west. Muzaffargarh was hit especially hard by the 2010 Pakistan floods, given its position between the Chenab and Indus rivers.[4] two rivers - Oxfam 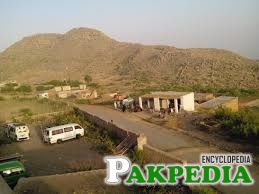 Although Muzaffargarh is one of the oldest and largest districts of Pakistan by area and population, it still has only a single campus of Virtual University of Pakistan. The literacy rate is one of the lowest in the country. The city known for private education system and almost 500 to 600 private schools are registered under the Punjab Education Foundation(PEf) and funded by PEF. Annually tests are taken by PEF for Quality Assurance and NEEF and NTS are the main conducting agencies. Luqman Baloch is the City Coordinator for NEEF and Yaseen Farooq is attached with the NTS. Due to PEF lot of children getting quality education in private sector. [5] Education -  Education 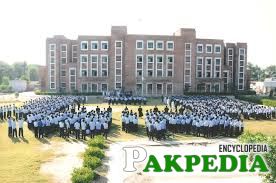 Muzaffargarh region was an agricultural

An area of 100,864 acres is forested in the district. There is also linear plantation of 1250 A.V. mile the roads/rails/canals in the district. Trees grown in the area are kikar, shisham, millbury, eucalyptus, bamboo and coconut.[7] Forests -  Forests 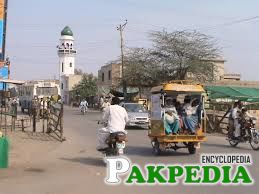 Muzaffargarh is located at almost the exact geographical center of Pakistan. The closest major city is Multan. The area around the city is a flat alluvial plain and is ideal for agriculture, with many citrus and mango farms. There are also canals that cut across the Muzaffargarh District, providing water to farms. During the monsoon season, the land close to the Chenab is usually flooded.Muzaffargarh features an arid climate with very hot summers and mild winters. The city has experienced some of the most extreme weather in Pakistan. The highest recorded temperature was approximately 54 °C (129 °F), and the lowest recorded temperature was approximately 1 °C (30 °F). The average rainfall is roughly 127 millimetres (5.0 in). Dust storms are a common occurrence within the city.[8] Climate - gov.pk

The town's major industries include cotton ginning and pressing, flour milling, jute textile production, oil milling, paper production, petroleum production, including refining, electrical power production, solvent extraction, and textile spinning.The Pak-Arab Mid-Country Refinery is Pakistan's newest, largest and most complex refinery. Commissioned in 2000, the Pak-Arab Refinery produces 100,000 barrels per day, and it represents about 35% of Pakistan refining capacity. It helps substitute the import of refined oil products worth 10.5 billion PKR (USD $100 million) per year. The Pak-Arab refinery mainly processes crude oil from the Upper Zakum oil field and from Saudi Arabia. Kot Addu Power Company (KAPCO) was incorporated in 1996 with the purpose of contributing electrical power to the national grid. KAPCO has shown good results plant maintenance, availability, quality standards, and financial performance. In April 2005, KAPCO was listed on all three stock exchanges in Pakistan. The total production capacity of KAPCO is 1600 megawatts.The Thermal Power Station of Muzaffargarh consists of 3 oil-fired steam-operated units producing 210 megawatts, each with an attachment to another 3 units of the same or more capacity. The total production capacity of the TPS is 1370 megawatts. This power station is a major thermal power plant that is connected with the national grid system of Pakistan. The station was constructed in different phases. 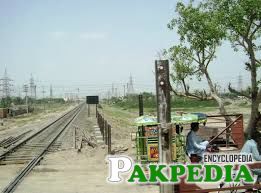 Muzaffargarh is located on the bank of the Chenab River

Muzaffargarh is connected by rail with all parts of Pakistan, as it lies on the branch track between Rawalpindi, Multan, Mianwali and Attock. The main Peshawar-Karachi railway line passes through Multan district.[9]  map - landia.com

The town is linked to the rest of the district by paved roads that stretch for 983.69 km. Buses to Multan leave frequently, because of their close proximity to each other. There are also buses that travel to more distant destinations. The N-5 National Highway connects the city to the other parts of Pakistan. This highway allows for direct travel to Rawalpindi, Islamabad, Faisalabad, Karachi, Lahore, and Bahawalpur.[10] Roads - muzaffargarh

The people of Muzaffargarh primarily use the Multan International Airport. A rise in air travel in the region has led to the expansion of the airport with a new runway and terminal. 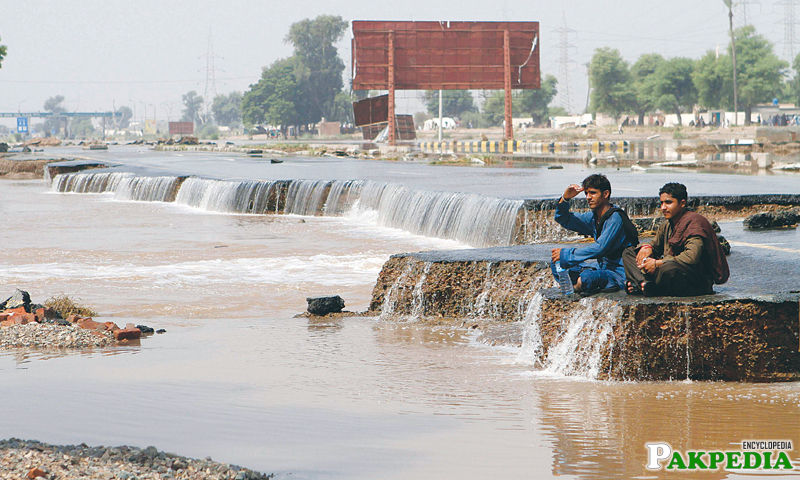