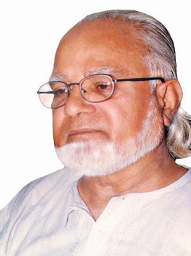 Muzaffar Warsi was a prominent (well-known) Urdu poet, critic, essayist (writer), a lyricist (writer of song words) par excellence, and scholar of Pakistan.He was one whose work never fails to surprise.A humble man with humble beginnings who is unafraid of experimenting. 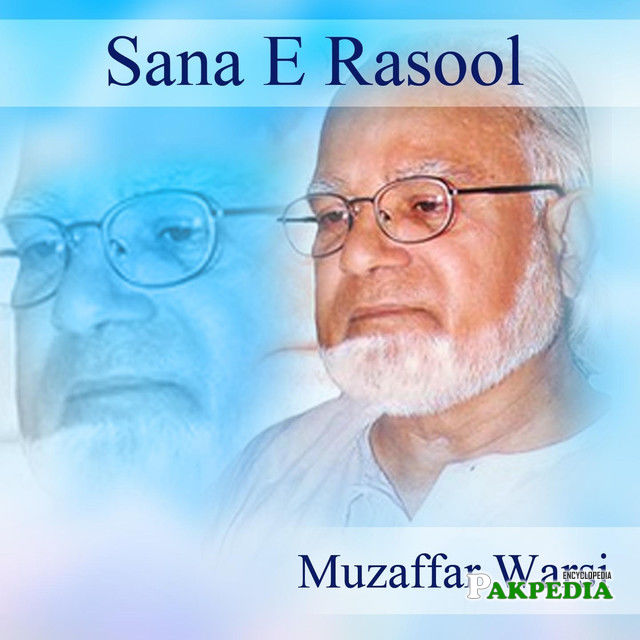 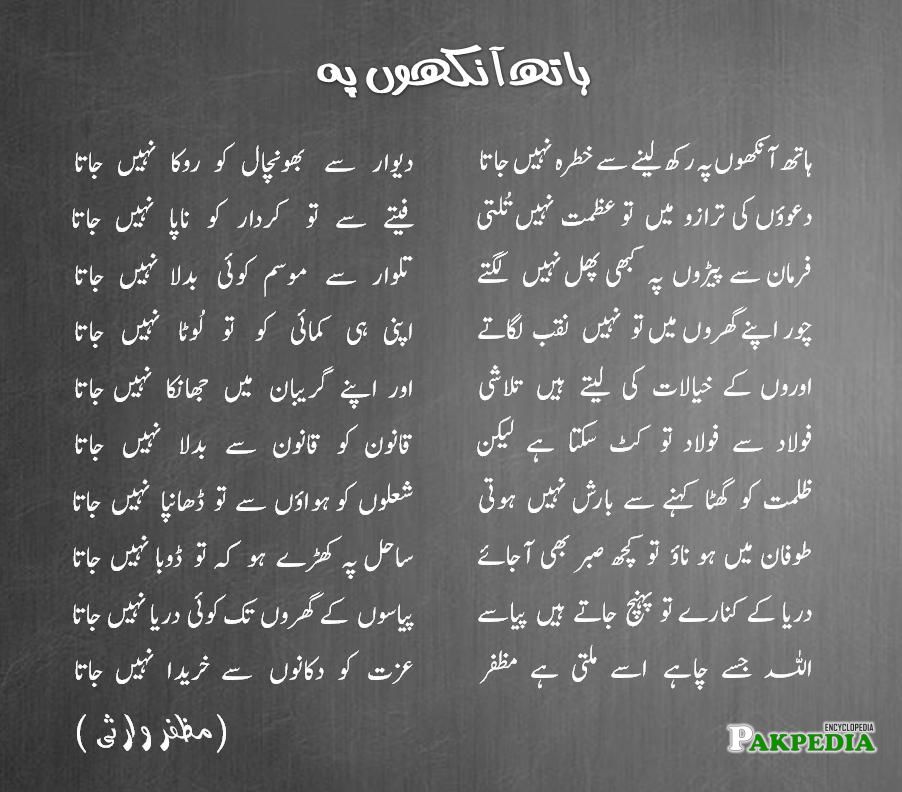 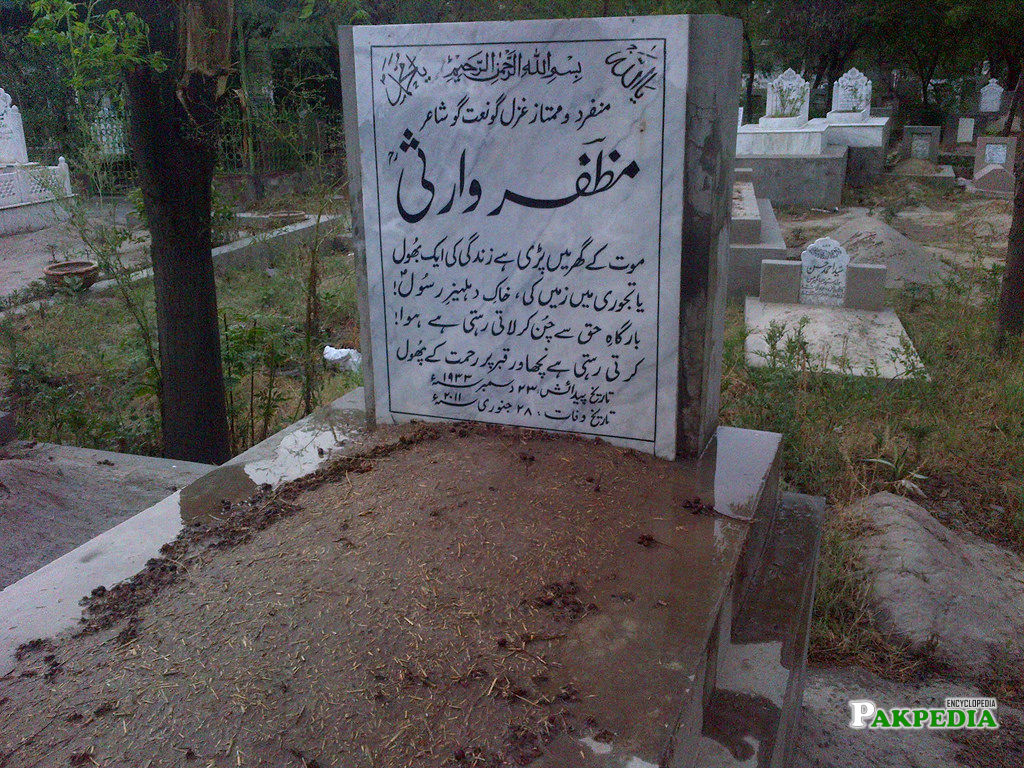 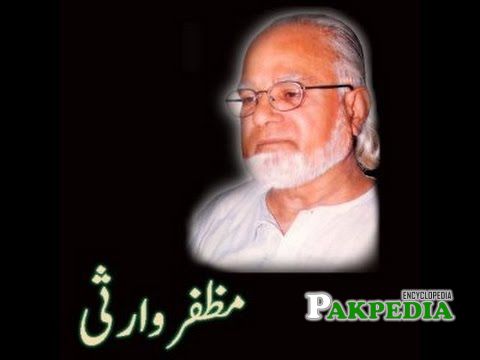 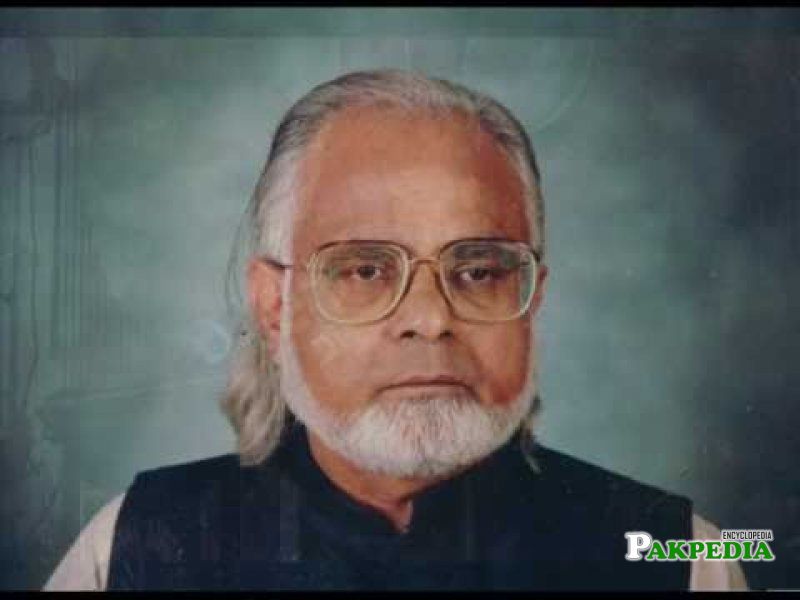 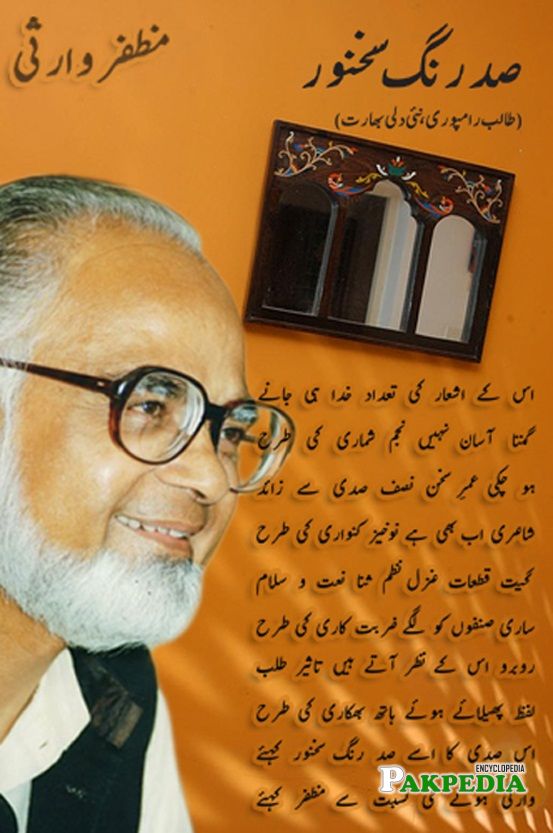 Muzaffar Warsi was born in Meerath India as Muhammad Muzaffar ud Din siddiqui into the family of Alhaaj Muhammad Sharf ud Din Ahmad known as Sufi Warsi.It was a family of landlords of Meerath.

Muzaffar Warsi started his poetry by writing lyrics for songs for Pakistani movies but gradually changed direction and his style of poetry became more oriented towards praising Allah and the Islamic prophet Muhammad or in other words he started writing Hamd and Naats. He also wrote, regularly, a stanza or two on current affairs in the Newspaper Nawa-e-Waqt until recently. 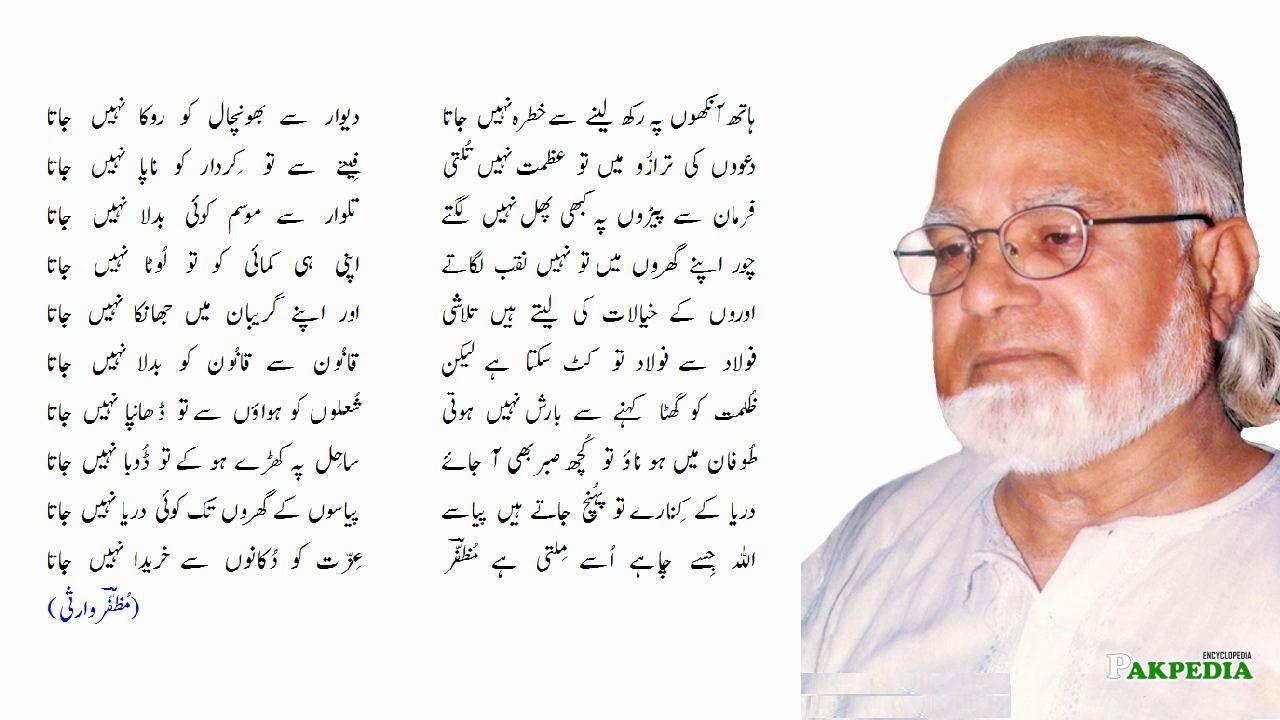 Sufi Warsi was a scholar of Islam, a doctor and poet. He received two titles: Faseeh ul Hind & Sharaf u shu'ara. He was the friend of Sir Muhammad Iqbal, Akbar Warsi, Hasrat Mohani, Josh Malih Abadi, Ahsan Danish, Abul Kalaam Azad and Mahindar Singh Bedi. The family raised him with deep religious grounding. He remained attached to State Bank of Pakistan (the Central Bank of Pakistan) as Deputy Treasurer.[1]  Scholoar of Islam 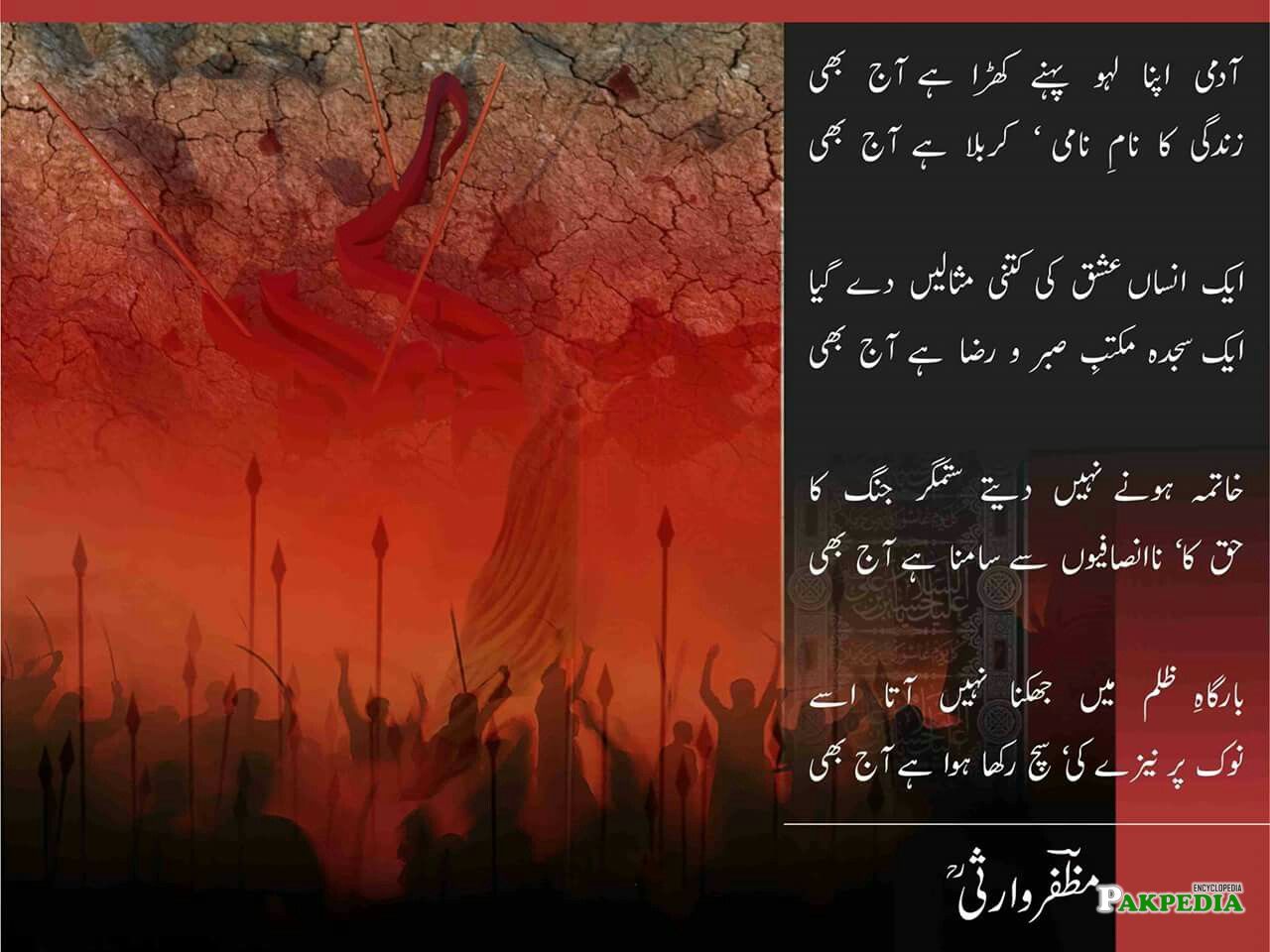 He began more than five decades ago comprises a rich repertoire of not just Naats, but also authoring several anthologies of Ghazals, Nazms & hycoes including his autobiography Gaye dinon ka suraagh which is considered to be a classic. He was writing quatrains every day for Pakistan's Renowned daily newspaper Nawa-i-Waqt .[2] Five Decades

Muzaffar Warsi passed away on 28 Jan 2011 in Lahore after a protracted illness. He was 77.[4] Death
Disclaimer: As an encyclopedia, pakpedia.pk's articles contains shared information which has collected from different sources and people. We welcome everyone for corrections and updates, Thank you.