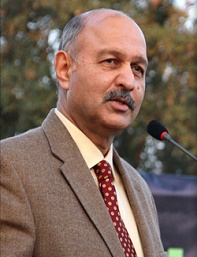 Mushahid Hussain Sayed is a journalist, Geo-strategist, politician, an avid writer and reader.He is serving as the Secretary General of Pakistan Muslim League and is also the Chairman of Senate Defence Committee. 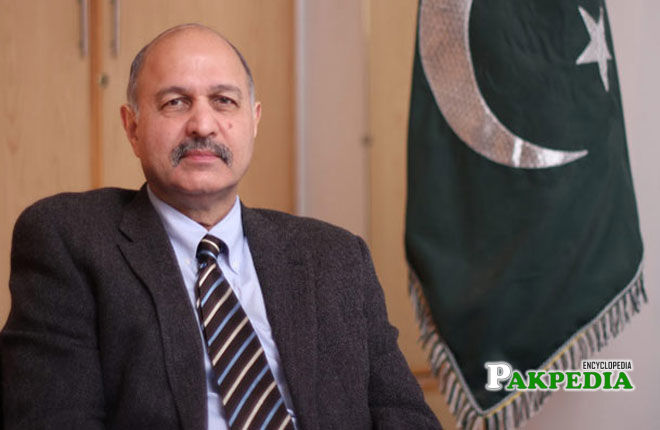 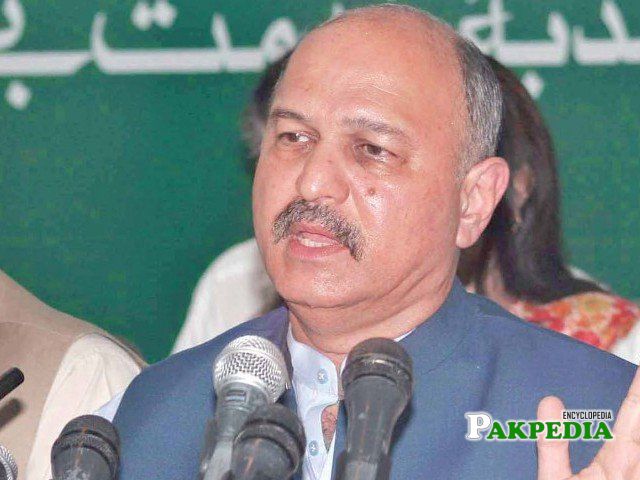 In front of Media 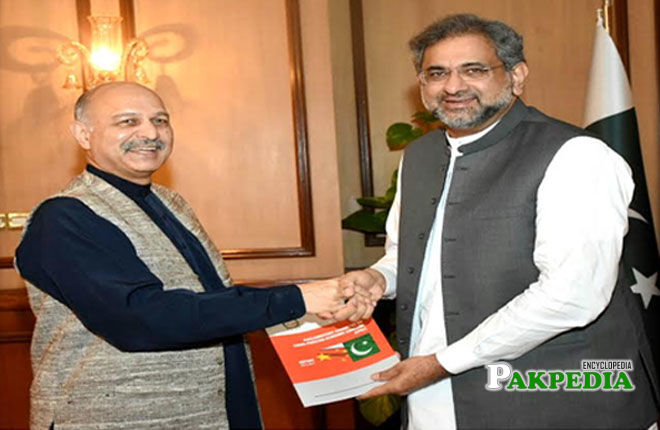 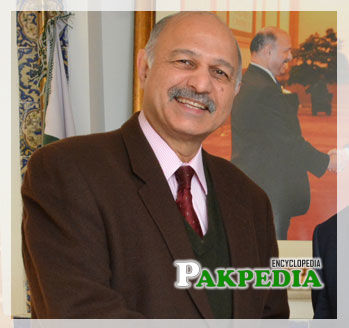 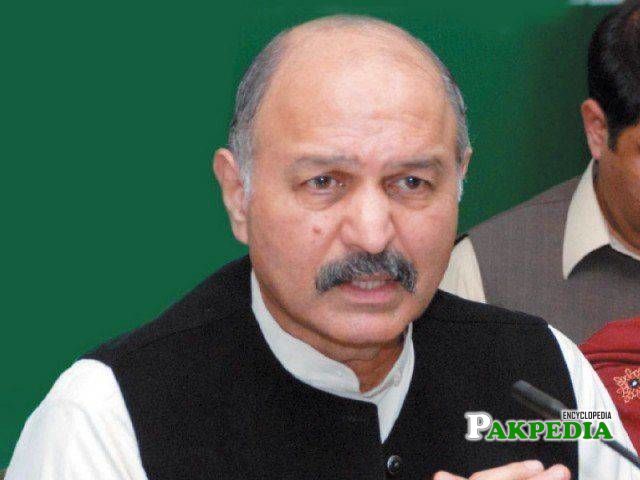 Member of the Senate of Pakistan 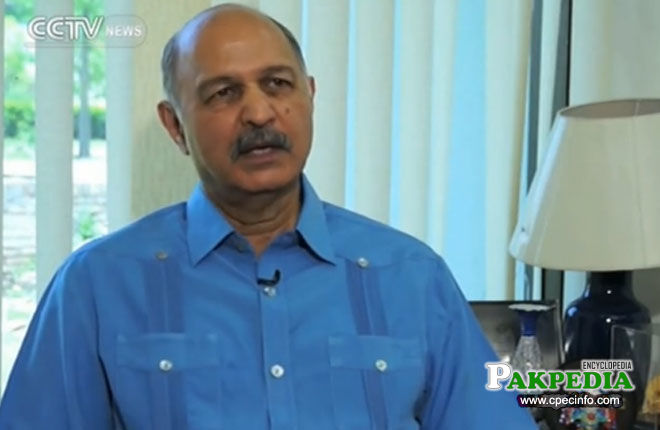 Born in Sialkot Mushahid was raised in a family of five siblings. His father Col (r) Amjad Hussain Sayed was a prominent veteran of the Pakistan struggle and a recipient of the gold medal from the Prime Minister in 1997 for his outstanding services. His mother, Sameen Sayed, belonged to an eminent old family of Lahore and was also an activist in the Pakistan Movement.

Hailing from a middle-class background, Mushahid was raised in a progressive and forward looking atmosphere, where quality education and hard work were of central focus. He received his Bachelors degree from Former Christian College, from whereon he went to the United States to pursue a Master's degree from the School of Foreign Service in Georgetown University at Washington. While studying in the US, he was President of the Pakistan Students Association and was awarded a Congressional Internship to work in the United States Congress.[2]  Education 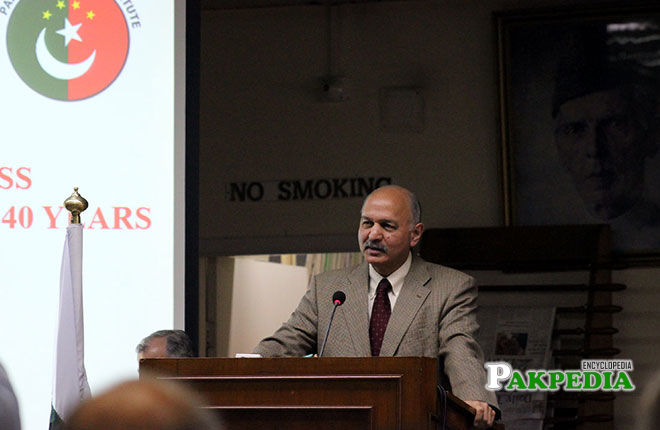 After completion of studies in the United States, he returned to Pakistan and became Member, Directing Staff of the country’s prestigious training institution for civil servants the Pakistan Administrative Staff College, where he trained new entrants to the Foreign Service. He then joined Pakistan’s oldest seat of learning, the Punjab University, as Lecturer on International Relations in the Political Science Department.

In 1982 at age 29, he became the youngest Editor of a national English daily, The Muslim, published from the capital Islamabad, which was respected for its independent positions. The world's leading human rights organization, Amnesty International, declared him a 'Prisoner of Conscience' making him the first such Pakistani to be so honoured for the year 2000.

As a specialist on international, political, and strategic issues, he has lectured widely and his articles have been published in various national and international publications including The New York Times, The Washington Post, International Herald Tribune, and Middle East International. He has also authored three books.

Member of Board of Governors

He is a Member of the Board of Governors of Islamabad Policy Research Institute (IPRI), a leading think tank. He was Pakistan's Representative to the Commission of Eminent Persons, set up by the Organization of Islamic Conference (OIC) for its reform in 2004-05.

He is also the Vice President of the Centrist Democrat International (CDI) Asia – Pacific Chapter. On 27 Jan 2006, he was awarded the Congressional Medal of Achievement by the House of Representatives of the Republic of the Philippines. 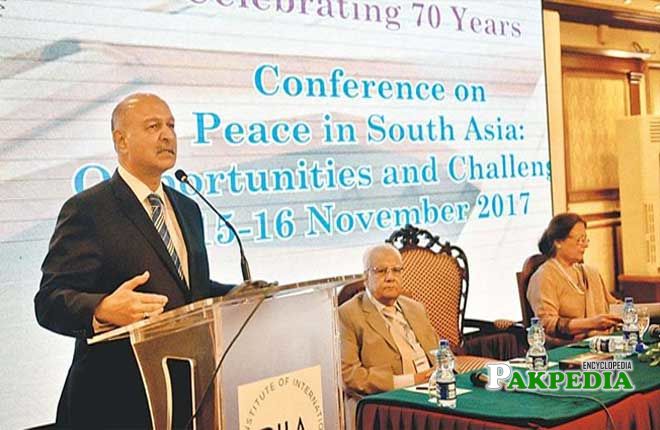 Mr. Mushahid Hussain Syed is Information Secretary of the Pakistan Muslim League. He was elected as a Member of the Senate of Pakistan in March 1997 for a period of six years. He holds the portfolio of the Ministry of Information and Media Development as a Federal Minister and prior to his induction in the Federal Cabinet, he was Advisor to the Prime Minister on Information Tourism, Culture, Sports and Youth Affairs.[3]  Senate of Pakistan

He served as Special Assistant to Prime Minister Nawaz Sahrif, and in this Cabinet-level position, he was handling External Publicity and Foreign Affairs with special reference to the United States, Central Asia, India and Kashmir. 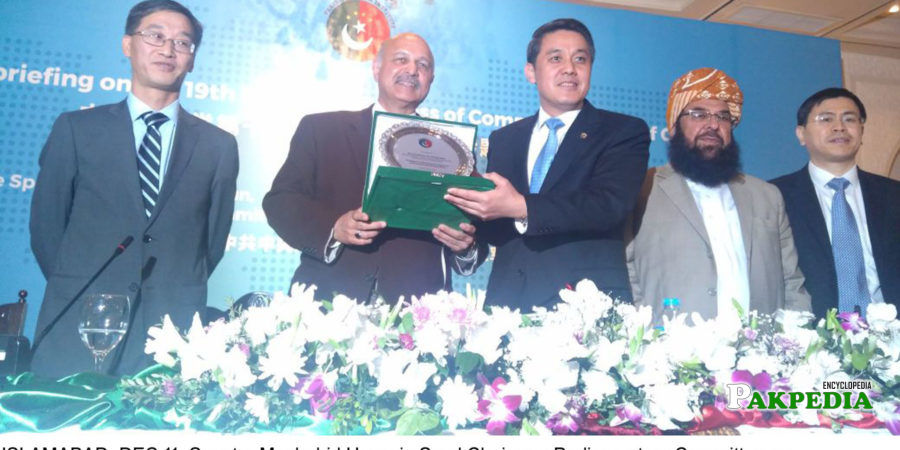 Mr. Mushahid Hussain served as Co-Chairman of the conference on the Non-Aligned Medial (NAMEDIA) held in New Delhi in December 1983. He was leader of Pakistan's delegation to the 49th Session of the United Nations Commission on Human Rights which met in Geneva during February-March, 1993.