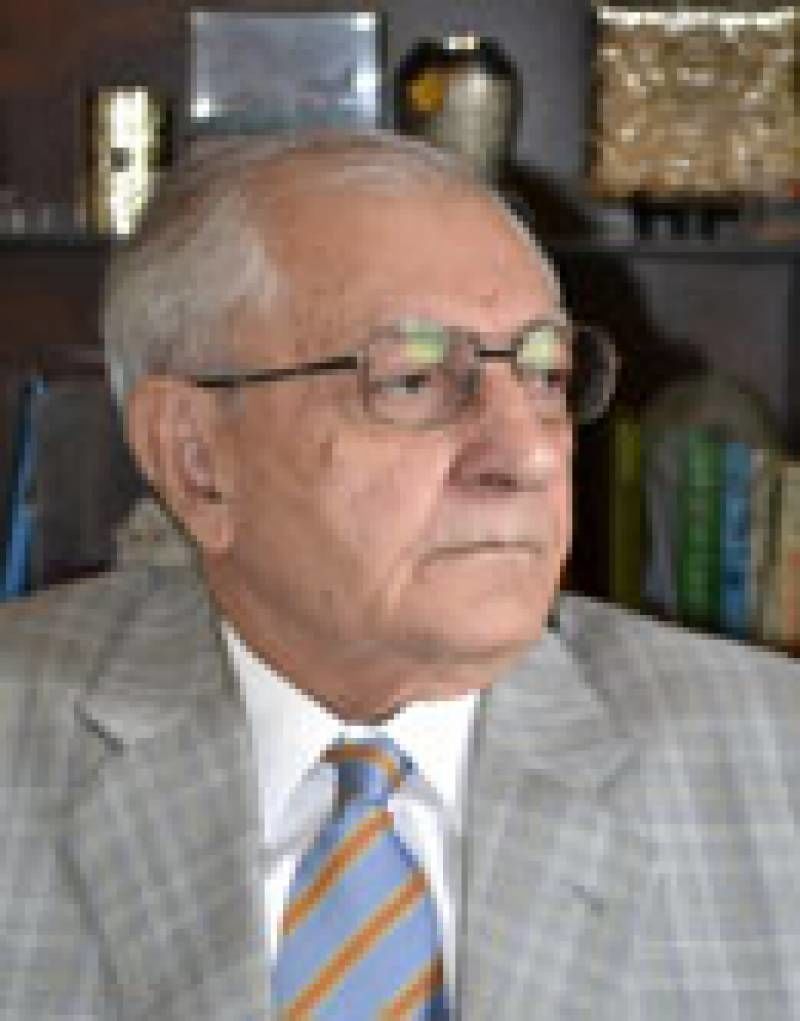 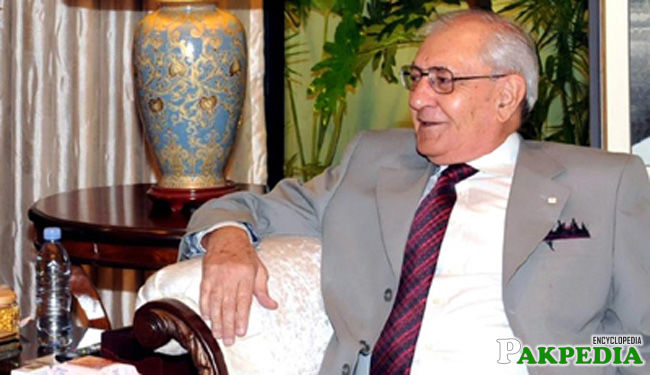 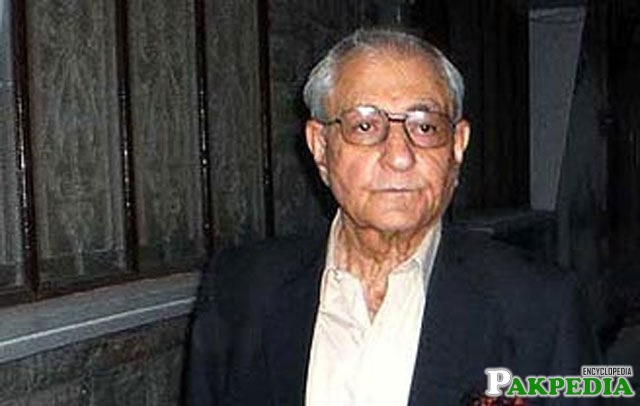 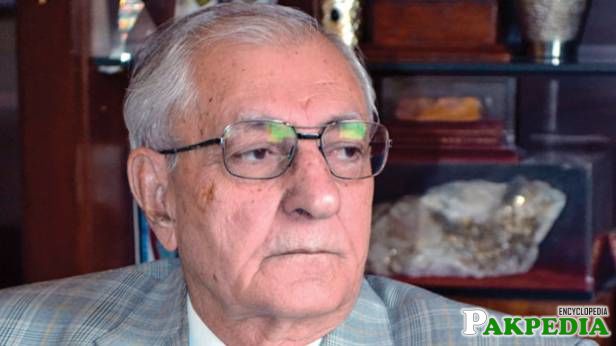 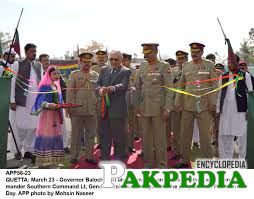 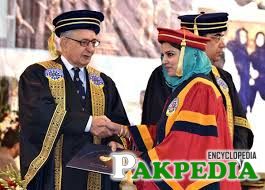 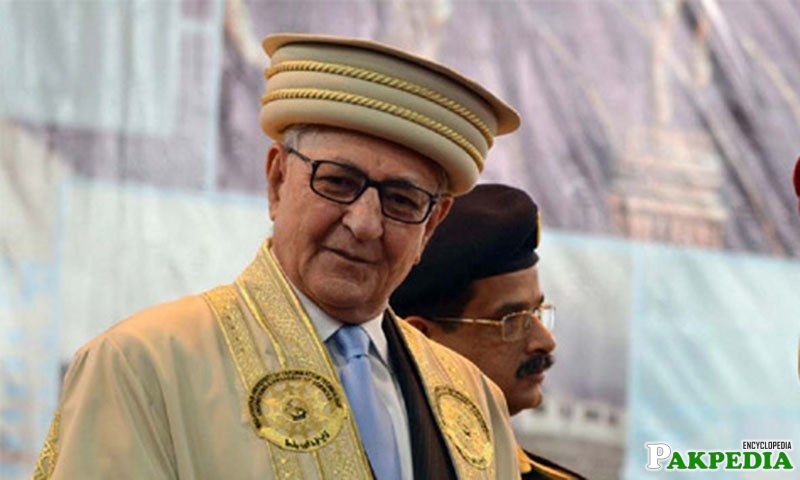 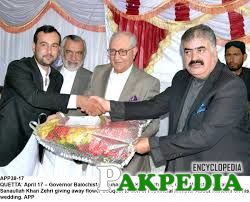 Khan Achakzai with CM Of Balochistan 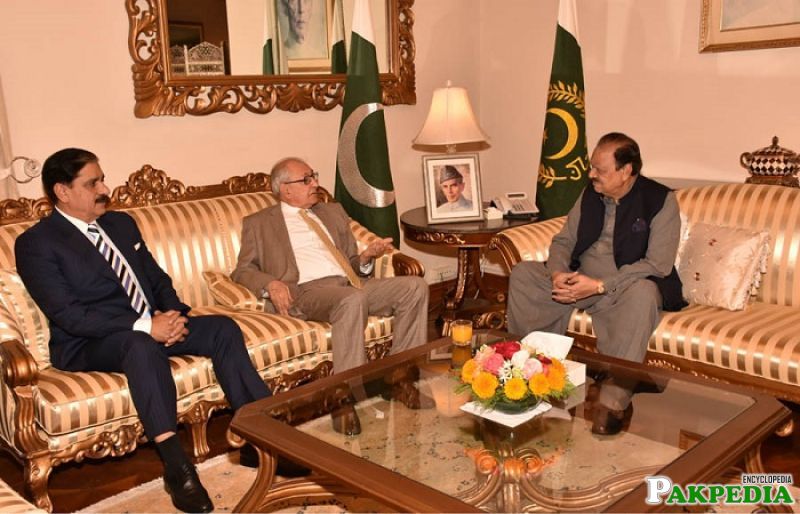 Muhammad Khan Achakzai born in 1938 in tehsil Gulistan of Qilla Abdullah district. He is the eldest son of nationalist leader Khan Abdul Samad Khan Achakzai.He got his early education from his native village and later left for Lahore for getting higher education and enrolled in FC College Lahore.After graduation from the FC College, he did his masters in the discipline of Economics from University of Peshawar.Having completed his education, he joined a college as professor and following the 1968 agitation against Field Marshal Ayub Khan, government transferred him to Lahore where he rendered his services in the Planning Commission of Pakistan. He was later transferred to Islamabad where he continued his service in the Planning Commission. He acquired degree of Master of Science in Economics from Howard University and also received planning training from Britain and the USA.During his service, he paid official visits to various countries and retired in grade 22 a few years ago. He spent a major part of his life in Lahore and Islamabad due to the employment.Â [2] son of nationalist leader Â - Abdul Samad Khan 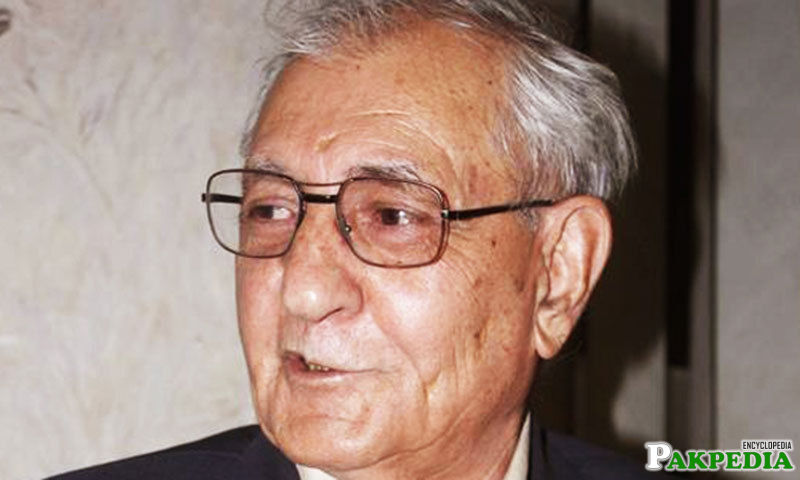 Mohammad Khan, son of Pakhtun nationalist leader Khan Abdul Samad Khan Achakzai, started his career as a lecturer of economics and later joined the Balochistan Universityâ€™s economics department as assistant professor. He joined the Planning Commission of Pakistan and retired a few years ago as chief economist.He is also the member of the Pakistan Red Crescent Society. He is fluent in Pashto, Persian, Urdu besides English. His appointment as governor has been a part of the power sharing formula among the Pakistan Muslim League-N, National Party and PkMAP under which the provincial government was formed and announcement to that effect had been made by the PML-N chief Mian Muhammad Nawaz Sharif in Murree. [3] Achakzai, started his career - as a lecturer

Achakzai's earlier refusal to hold the caretaker post had also corraborated the views of some that he and his party intended to contest the upcoming elections Â (Which is now confirmed). The nomination papers of Mahmood Khan Achakzai for the upcoming elections were conditionally accepted by Election Commission of Pakistan subject to verification of particulars by the Higher Education Commssion, Federal Board of Revenue and State Bank of Pakistan.[6] Achakzai's earlier refusal to hold the caretaker

Prime Minister Mian Nawaz Sharif has appointed Muhammad Khan Achakzai as Governor Balochistan.Spokesperson to the President Senator Farhatullah Babar said Tuesday that in terms of article 101(1) of the constitution, Governor of a province shall be appointed by the President on the advice of the Prime Minister and shall hold office during the pleasure of the President as provided in article 101(3) of the constitution.Muhammad Khan Achakzai by profession is an economist and is younger brother of Mehmud Khan Achakzai, MNA and chief of Pakhtunkhwa Milli Awami Party (MKMAP).The PkMAP is a coalition partner in the Balochistan government led by Dr Abdul Malik Baloch where the National Party and Pakistan Muslim League (PML-N) are the other partners. The PML-N enjoys majority in the provincial assembly, but for the sake of national interest the party surrendered its right to head the government and withdrew in favour of Dr. Malik.The PML-N, PkMAP and the National Party, following their victory in May 11 polls, nominated Dr Abdul Malik Baloch as the Balochistan chief minister and announced that the governor would be from PkMAP. Muhammad Khan Achakzai has replaced Nawab Zulfiqar Magsi as Balochistan governor. Magsi had submitted his resignation following PML-Nâ€™s victory in general elections.Â [7] PML-N enjoys majority - provincial assembly 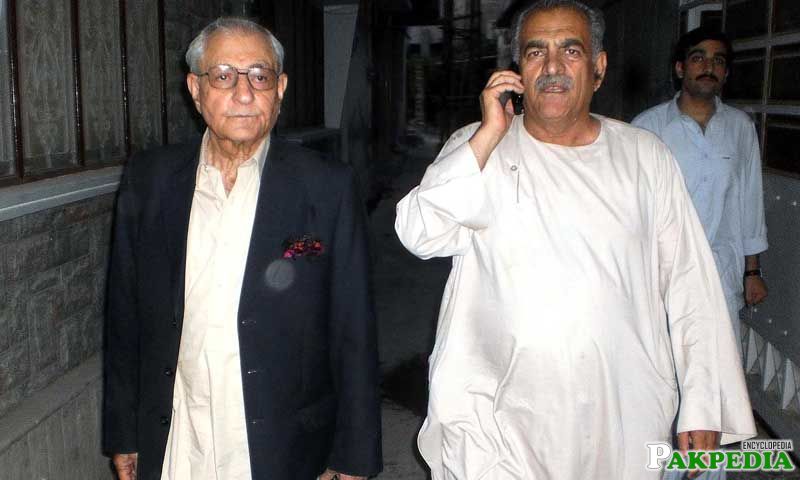 Khan Achakzai with his Brother

Muhammad Khan Achakzai has replaced Nawab Zulfiqar Magsi as Balochistan governor. Magsi had submitted his resignation following PML-Nâ€™s victory in general elections. The president accepted his resignation on Sunday last.Bari Baloch from Quetta adds.Â [8] Achakzai has replaced Â - Â  Nawab Zulfiqar Magsi
Disclaimer: As an encyclopedia, pakpedia.pk's articles contains shared information which has collected from different sources and people. We welcome everyone for corrections and updates, Thank you.

Khadija Umaris a Pakistani Politician who is servi