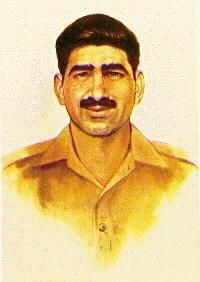 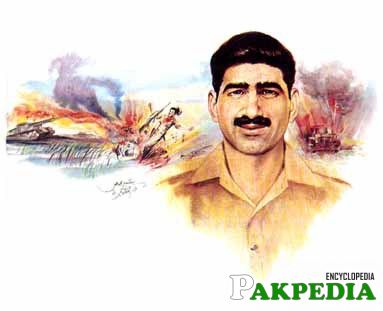 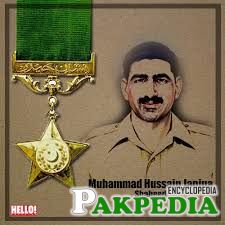 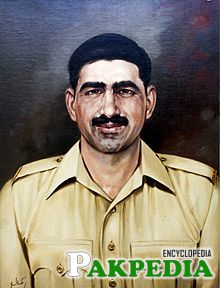 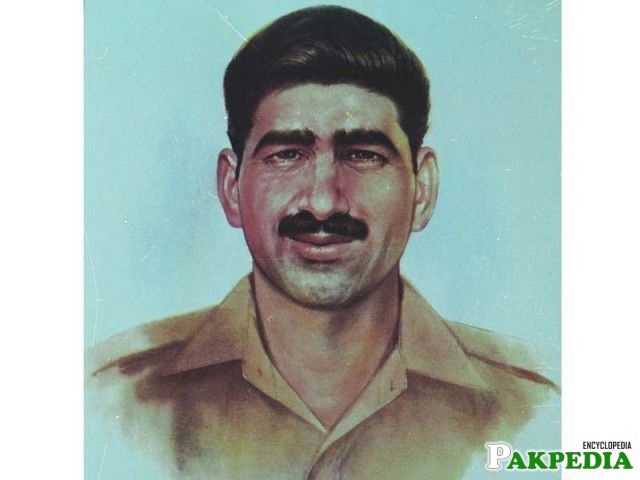 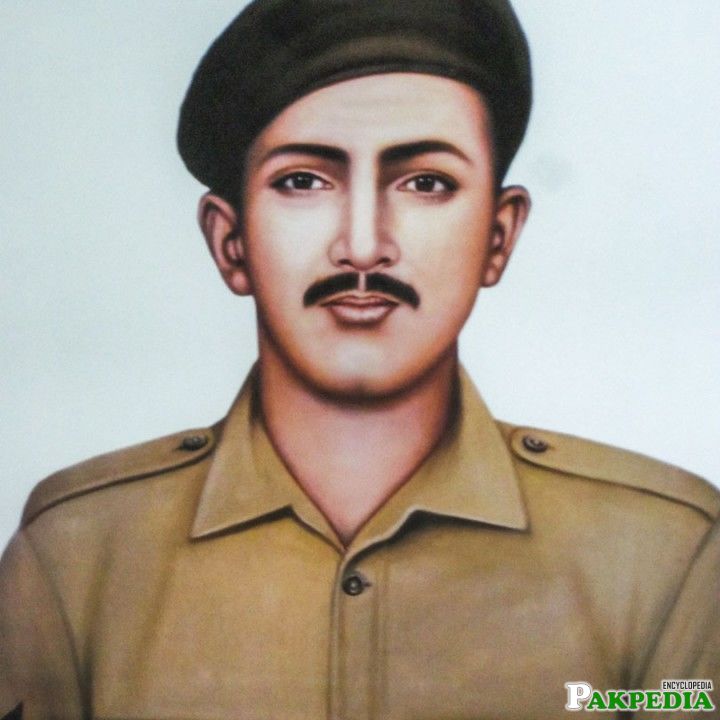 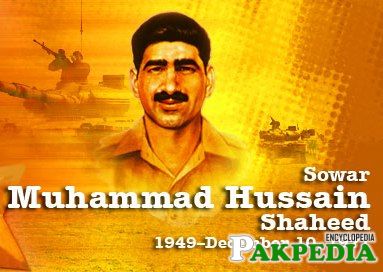 Sawar Muhammad Hussain had the distinction of being the first Jawan (a rank of foot soldier in Pakistan Army) to be awarded the highest award Nishan-e-Haider for his gallantry. Sarwar Shaheed College in Gujar Khan is named after Muhammad Sarwar. It was founded as a school and later upgraded to college. It is located on Lahore-Rawalpindi GT Road (N-5) and approach is through this road only.[2]Â Soldier in -Â  Pakistan Army 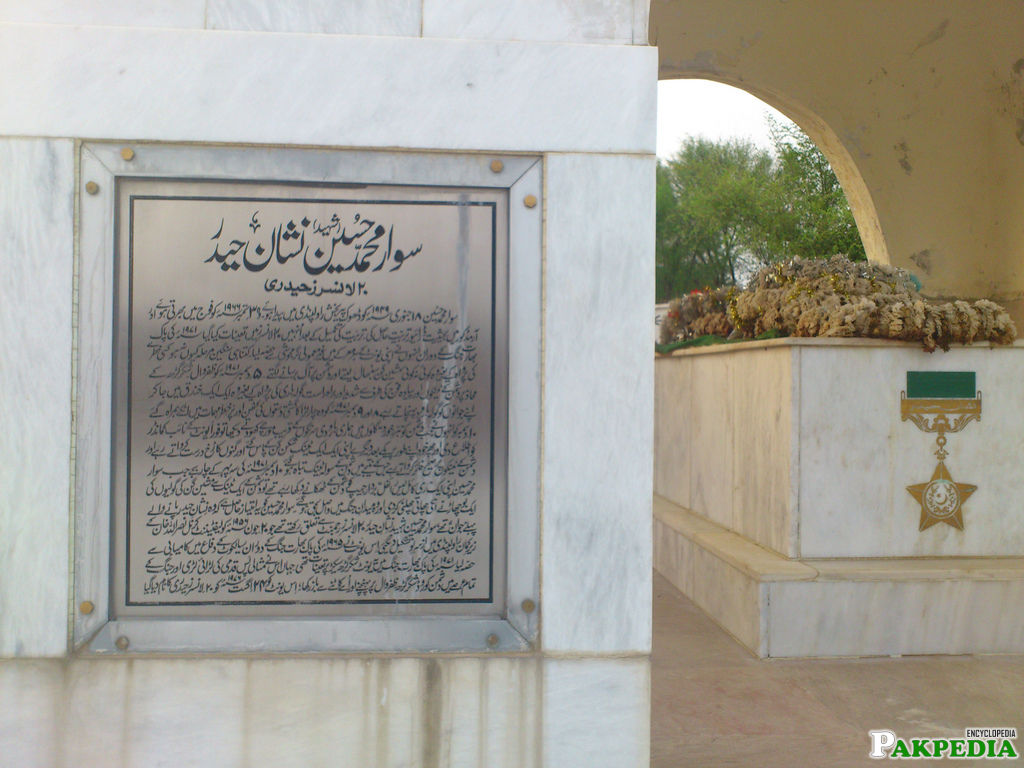 I remember it was winter of 1973 when five more names and photos were added in our Urdu reading book. These photos were of great men who gave their lives to save our motherland. Their photos were added along with their biography and tales of their gallantry and courage. One of these names was Sawar Muhammad Hussain Janjua Shaheed from 20 Lancers (Armoured Corps), Pakistan Army. Other names were Rashid Minhas Shaheed (Fighter Conversion Unit, Pakistan Air Force Pilot Officer), Shabbir Sharif Shaheed (6 Frontier Force Regiment, Pakistan Army), Muhammad Akram Shaheed (4 Frontier Force Regiment, Pakistan Army and Muhammad Mahfuz Shaheed (15 Punjab Regiment, Pakistan Army).[3]Â 15 Punjab Regiment -Â  PakistanÂ  I remember that my teacher Madam Nargis could not stop her tears while reading one para from the story of Sawar Muhammad. These tears were actually tributes to Sawar Shaheed who gave his life to protect his motherland. Our teacher told us that she felt a great honour of being a daughter of such a nation who had sons like Sawar Shaheed. I remember almost every student in my class had tears when she was narrating the story of Sawar Muhammad and other brave men of our Army.

Â  Â  During the Indo-Pak war of 1971, he participated in every battle of his unit with extraordinary zeal. No matter how dangerous the situations were, he always got hold of a machine gun and started firing on enemy, without a fear of any danger. On 5 December, 1971, at Zafarwal, Shakargar front he kept on supplying ammunition to soldiers in each and every trench, without considering intense and direct fire from the tanks and infantry of enemy. On 8 and 9 December, he accompanied four fighting units in their difficult and dangerous tasks. [5]Â Dangerous tasks -Â  Muhammad Hussain Janjua Â  Â On 10 December, when he saw digging trenches in "Harar Khurd" village near our minefield, he immediately informed the deputy commander of the unit and then on his own initiative he went to each and every gun one after the other and corrected their directions and made them fire upon the positions of enemy, resulting in the destruction of 16 of the enemy's tanks. Afternoon at 4 o' clock on 10 December, 1971 when Sawar Muhammad Hussain was showing the positions of the enemy to one of his Recoiless Rifle mounted Jeep, a hail of fire from a machine gun of an enemy's tank, riddled his chest with bullets and he met his True Lord on the battlefield. Sawar Muhammad Hussain has the distinction of being the first soldier to receive Nishan e Haider. [6]Â Nishan e Haider -Â  Pakistan 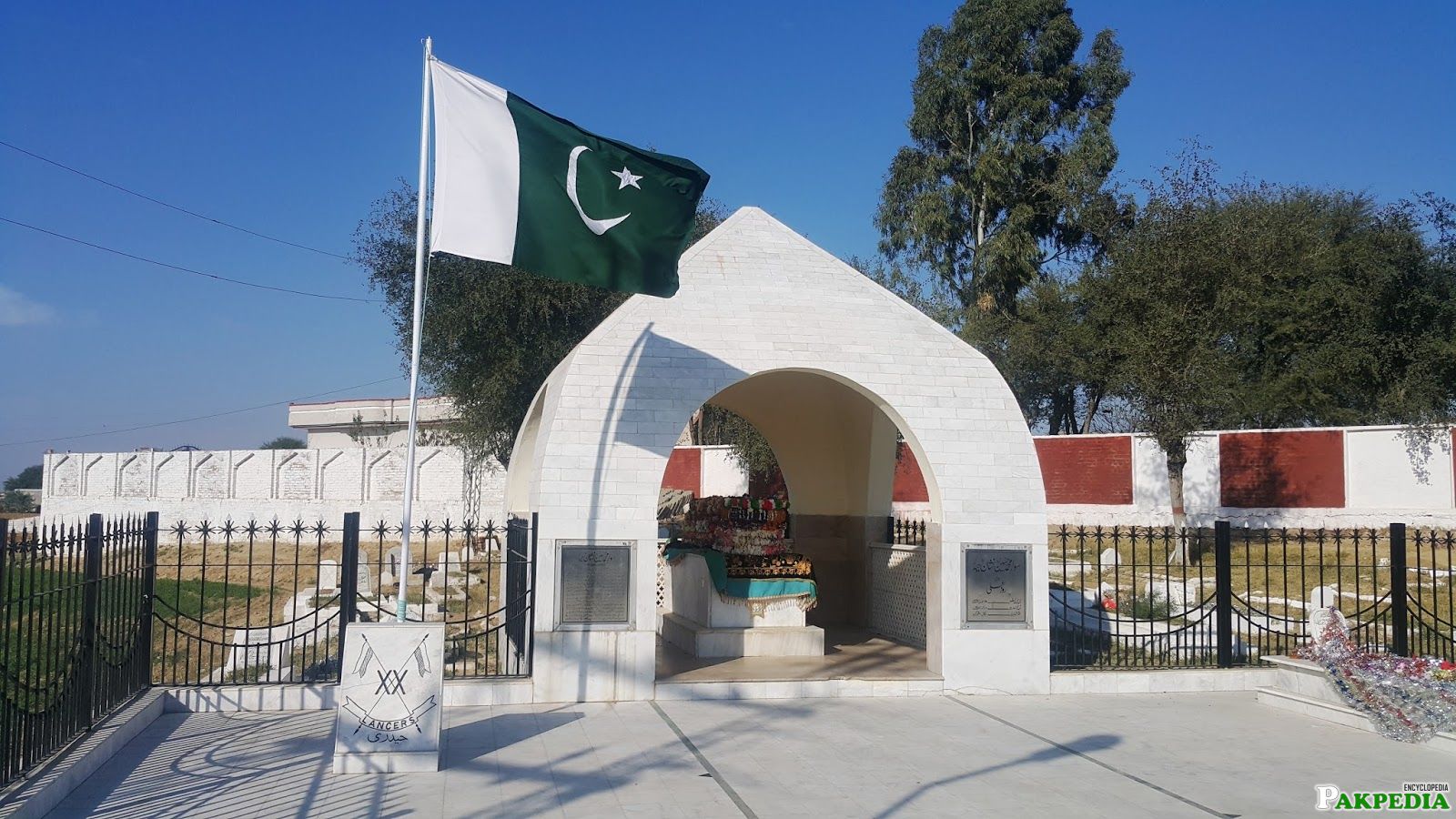 LAHORE (Staff Report) â€“ The 44th martyrdom day of Sawar Muhammad Hussain Shaheed, who won Pakistanâ€™s highest military award Nishan-e-Haider for his bravery and valor in 1971 war against India, is being marked today (Thursday). Sawar Hussain was the first foot soldier of Pakistan army to receive Nishan-e-Haider after his martyrdom.[7]Â Martyrdom -Â  Sawar hussain Sawar hailed from Gujjar Khan area of Rawalpindi. He joined Pakistan army as a driver on September 3, 1966 at a very young age of 17 years. Despite being a driver Sawar Hussain Shaheed participated in 1971 war actively and supplied ammunition to army men crawling from trench to trench braving the shelling of guns, tanks and air patrols.[8]Â Shelling of guns - Air patrols He was hit by machine-gun fire while fight on the front lines while preventing the enemy soldiers from lying down minefield to target Pakistani side. After Sawar Hussainâ€™s martyrdom his village Dhok Pir Bakhsh was renammed as Dhok Muhammad Hussain Janjua to commemorate his sacrifice.