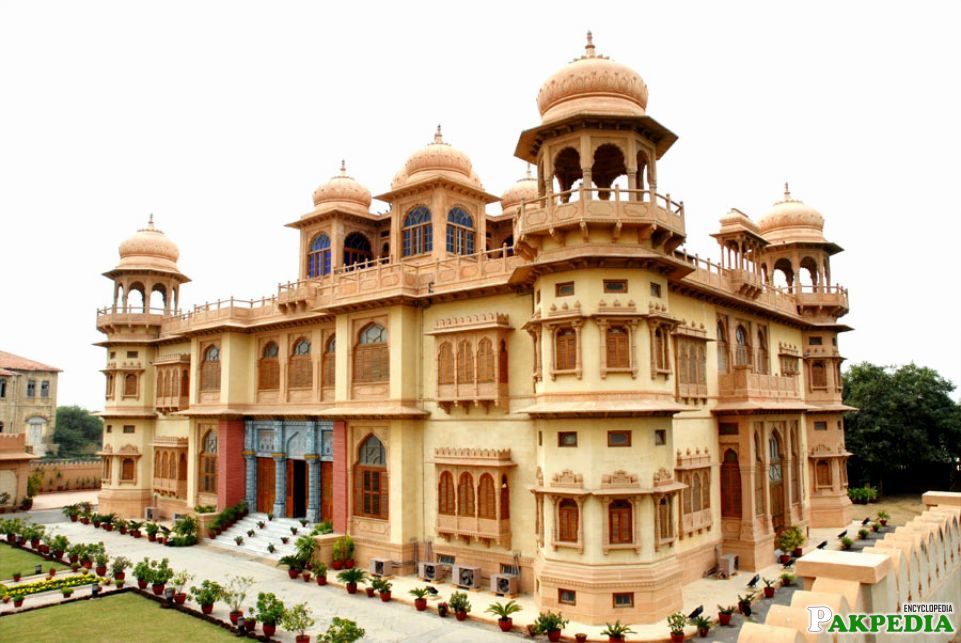 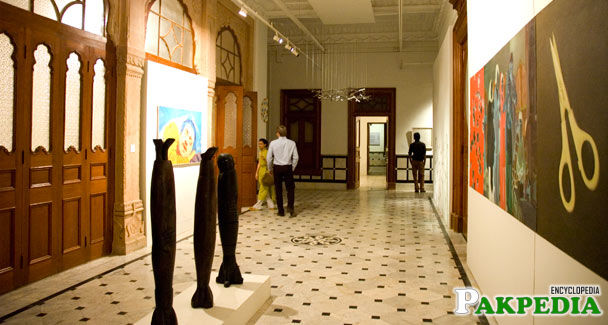 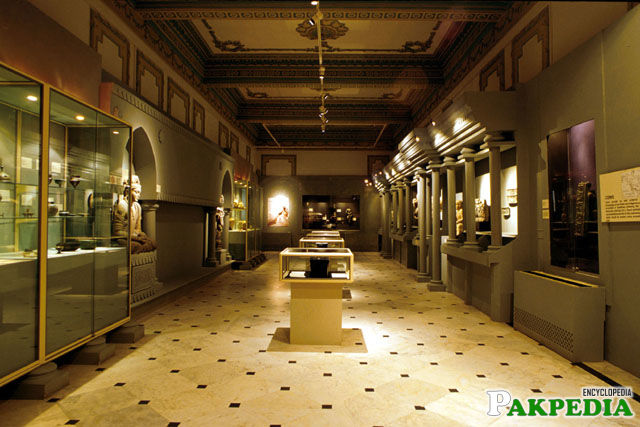 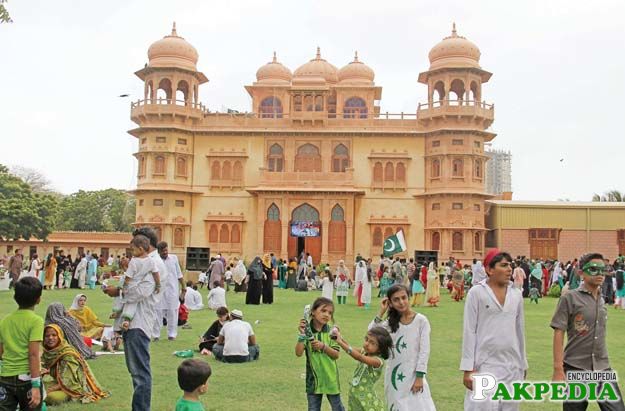 After the British annexed Sindh in 1843, their presence and authority began to manifest itself in the architecture of the city of Karachi. Army cantonments, municipal buildings, churches and bungalows were built using a new style of architecture. A fusion of European, Victorian, Gothic and Mughal elements were adapted to local materials. Karachi rapidly rose to prominence as an important trading port, attracting people from Kashmir, Central Asia, Iran, the north west and north east India, principally Bombay, parts of Kutch and Rajasthan.
In 1927 Shiv Rattan Mohatta, a successful Marwari entrepreneur, commissioned a palatial house in the affluent neighbourhood of Clifton. Mohatta had made his fortune as a ship chandler and trader.

The architect commissioned for his palace, Agha Hussain Ahmed, had come from Jaipur to take up an assignment as chief surveyer for the Karachi municipality. He designed a number of buildings in Karachi and Mohatta Palace was to prove the coup de maitre of his professional career. Working in a Mughal revival style with a combination of locally available yellow Gizri stone and pink stone from Jodhpur, he sought to recreate the Anglo Mughal palaces of the Rajput princes.
Mohatta Palace has an area of 18, 599 sq. feet and its façades are adorned with windows, stone brackets, spandrels, domes, balustrades, carved floral motifs and railings. It consists of stately rooms designed originally for entertainment on the ground floor and more private facilities on the first floor with a balcony facing the Arabian sea. An elegant configuration of five domes adorns the rooftop while octagonal towers stand proudly at the corners.[2] Mohatta Palace History 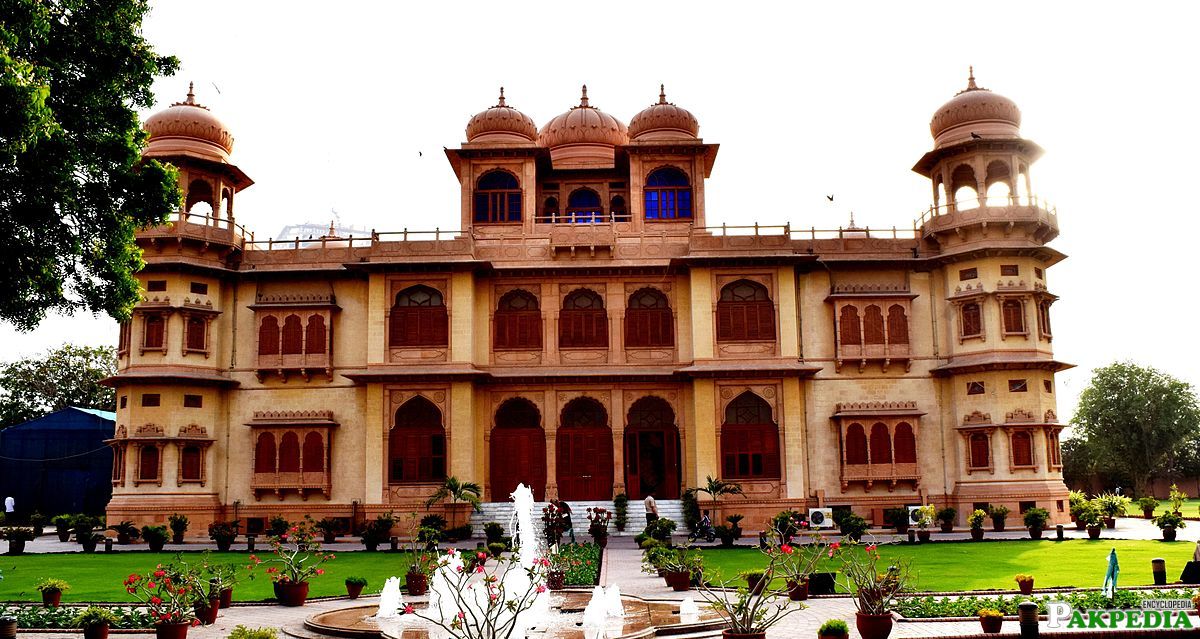 Mohatta Palace was built by Agha Ahmad Hussain, first Renowned Muslim Architect of that time in 1927 by the orders of local businessman Shivratan Chandratan Mohatta, who lived in Marwar town India and wanted to built a summer house for his family, Mr. Shivratan choosed this place because of its prime location near seashores of Karachi, but unfortunately he didn’t spend much of his summers in this Palace as after two decades of its construction, Independence of Indo-Pak occurred and he decided to shift to India. Named after Mr. Shivratan Chandratan Mohatta, this Palace is still known as Mohatta Palace.

After Mr. Mohatta’s shifting, this Palace became a property of newly formed Government of Pakistan who used it as an office of Ministry of Foreing Affairs. After that, it was handed over to Mother of the Nation Mohtarma Fatima Jinnah, Sister of Quaid e Azam Muhammad Ali Jinnah, as her residence in 1964. Mohtarma Fatima Jinnah stayed there till she lasts in 1967 and at that time this palace was also knowned as Qasr e Fatima (Palace of Fatima). After her death, her sister Mohtarma Shireen Bai used it as her residence and after her death, it became disputed property between the generations of two sisters and for more than 10 years this building remained closed which affected the structure of the palace. Cracks were visible during that time as there was no one to take care of this historical Building. In 1995, Government of Pakistan took controls of this palace back and decided to build a museum in this historical palace. Therefore, Ministry of Culture spent 70 Lac rupees on this palace from which 61 Lac Rs were spent in buying this Palace and rest were spent on its renovation.[3] Mohatta Palace Introduction

As mentioned earlier, in 1995 it was purchased by the Government for its conservation and then it was converted into a museum. The Museum is operated by the trust, which manages the Mohatta palace and activities in it. The museum was inaugurated in 1999 and first exhibition held here was of the “treasures of Talpurs” on 15th of September 1999.This Palace is now a protected Heritage and links us with our past.[5] Mohatta Palace Museum