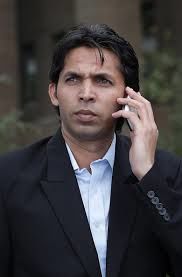 Few Pakistani fast bowlers have been as wily and smart as Mohammad Asif, though fewer have been as prone to scandal and controversy off the field. Neither claim can easily be made given the rich competition.But such is the magic in the loose wrists of Asif. Pace is not his calling - he abhors such measurements - but he is unerringly accurate and cuts the ball either way with wicked regularity and glee. He is tall and lean so to these skills is added bounce and a natural ability to bowl long spells. An easy action and easier run-up mean that watching a long Asif spell, watching him out-think batsmen, is an experience in cricket not to be missed.[1] Asif - espncricinfo 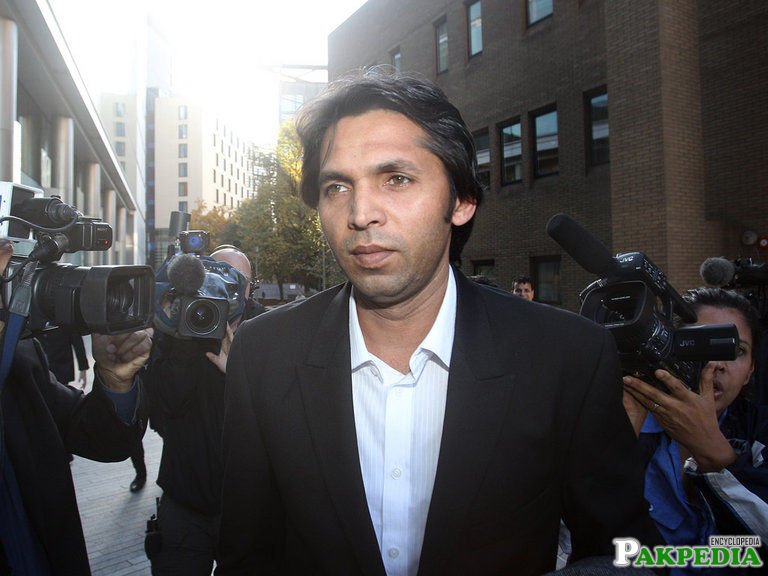 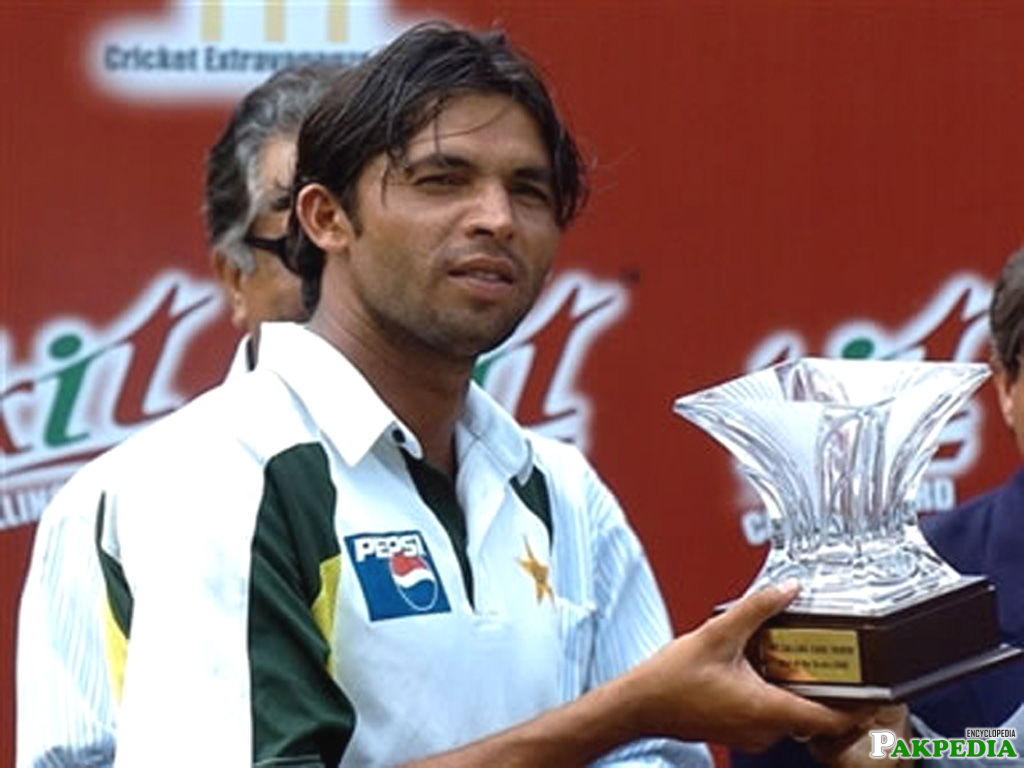 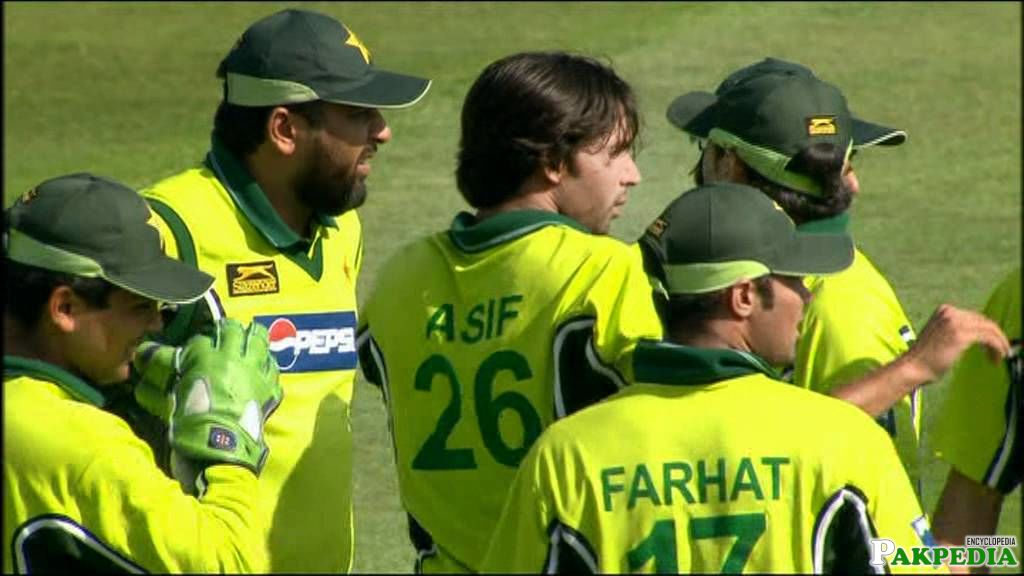 Mohammad Asif With His Team 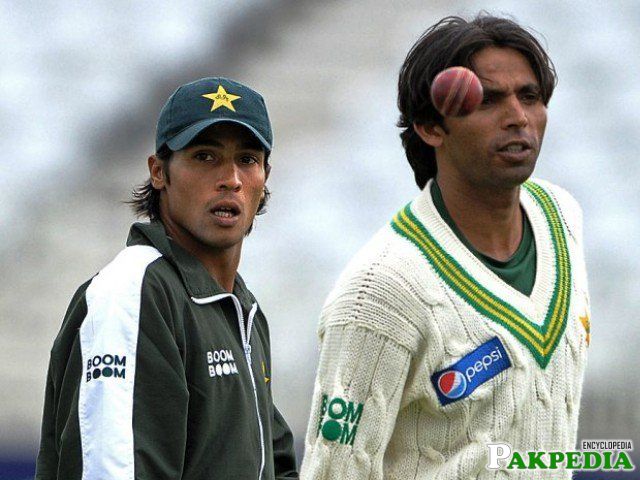 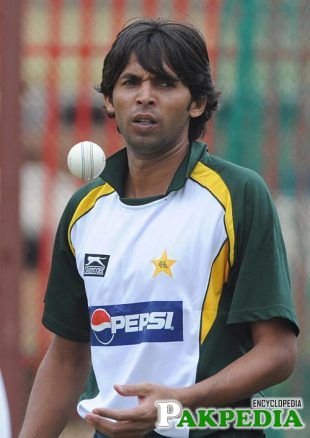 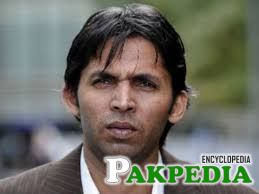 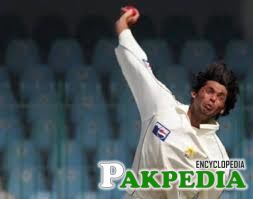 Mohammad Asif  is a Pakistani right-arm fast medium bowler in cricket. Asif was born in Gujjar family in Sheikhupura, and has played first-class cricket for Khan Research Labs, the National Bank, Quetta, Sheikhupura, Sialkot and Leicestershire. He made his Test match debut for the Pakistan cricket team against Australia in January 2005.On 20 July 2010, Asif was ranked second leading Test bowler, just behind Dale Steyn.[2] Test rankings- Dawn After impressing in domestic Pakistani cricket, Asif was fast tracked into the Pakistan test squad and made his first appearance against Australia in January 2005. He bowled 18 overs without taking a wicket and Australia won by 9 wickets.Asif was subsequently dropped from the side but returned a year later in January 2006 for the home tour against India. In the second Test, Asif bowled 34 overs and took the wicket of Yuvraj Singh. It was the third Test in Karachi, however, where Asif would make headlines. After a poor batting display by Pakistan, Asif took 4 for 78 in the first innings, including the wickets of V. V. S. Laxman, Rahul Dravid and, once again, Yuvraj Singh, to help Pakistan take a six-run lead. Asif returned in the second innings with three clean bowled wickets of Virender Sehwag, Laxman, and Sachin Tendulkar[3] Asif - YouTube to lead Pakistan to victory. His series against the Indians was blighted by a fine imposed by match referee Chris Broad for over-appealing and premature celebration of a wicket.The ODI series that followed this Pakistan lost 1 to India.In November 2005, Leicestershire announced the signing of Asif for the 2006 season after he had played a game for their second XI in 2004. Leicestershire's chairman Neil Davidson described him as a "bowler with the ability to generate great pace". Asif did relatively well picking up 25 wickets in 7 first class games before leaving to join the Pakistan squad for their tour of England. Asif was due to line up again with Leicestershire for the 2007 season but due to injury problems was asked not to play by the PCB. 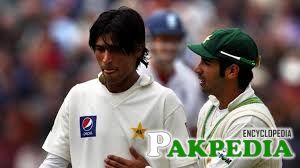 Asif missed the first three Tests in Pakistan's tour to England in the summer of 2006, but returned to the side for the fourth Test and immediately made an impact, picking up four wickets (Andrew Strauss, Alastair Cook, Paul Collingwood and Kevin Pietersen) in the first innings at the Oval, and another in the second (Marcus Trescothick).He made history when he became the first bowler to bowl a maiden over in Twenty20 cricket. In fact he managed to pick up two wickets during that over, first of Kevin Pietersen for a golden duck and then of Andrew Strauss, also without scoring.Asif claimed 19 wickets abroad in Pakistan's test series against South Africa in 2007. This feat lifted him to eighth in the LG ICC Test player rankings after only nine appearances  equalling the record for the fewest matches taken by a Pakistan bowler to reach the top 10, shared by Waqar Younis and Pervez Sajjad.Following the 2-1 test series loss against South Africa, Pakistan captain Inzamam-Ul-Haq praised Asif's performance, "Asif has immaculate length control and a natural ability to swing the ball both ways. He is also quick to spot a weakness in batsmen and work on it." Pakistan coach Bob Woolmer added, "He is a modern-day fast bowler based on the likes of Pollock and McGrath. He gives you control and has the ability to hit the seam and make the ball move both ways. In Pakistan terms he is more Sarfraz Nawaz than Imran Khan.In August 2007, he joined the Indian Premier League (IPL)[4] IPL -   Archived He was subsequently drafted by the Delhi DareDevils for US $650,000. In the week before the 2007 Twenty20 world cup match in South Africa, Shoaib Akhtar was rumoured to have hit Asif with a bat, leaving a bruise on his left thigh. According to sources, the two were involved in a dressing room spat which resulted in Asif being struck by a bat on his left thigh. Sources said the fight between the two started after Asif and Shahid Afridi disagreed with Shoaib that he shared the same stature as Imran Khan in Pakistan cricket and even ridiculed him for making such a comparison.The injury was not thought to be anything more serious than a bruise but a team investigation into the matter was pending.After the initial inquiry, it would found that Shoaib was at fault and he was subsequently recalled from the Twenty20 World Cup squad and was sent home. He was also banned for 5 matches by the PCB and a lifetime ban may also seem imminent.Akhtar later claimed that Afridi was responsible for the fight, saying "He made some ill remarks about my family. And I could not tolerate them" Afridi however, denied these allegations adding that Asif would have suffered more injuries but for his intervention.Even Asif chipped in saying that Shoaib was lying and that " Shahid Afridi had nothing to do with the fight." saying that "he has not apologised to me. 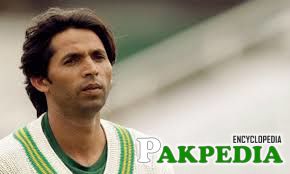 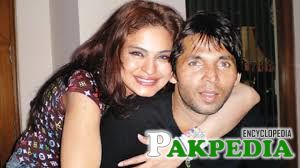 On 16 October 2006, Asif was suspended by the PCB along with team mate Shoaib Akhtar, and was pulled from the Champions Trophy after the pair failed drug tests for the performance-enhancing substance Nandrolone.England batsman Andrew Strauss said the news had rocked cricket. Speaking on BBC Radio Five Live, he said: "When drugs are used in any sport it is not a great day for that sport and this not a great day for cricket.On 1 November 2006, the PCB handed down a two-year suspension to Shoaib Akhtar and a one-year suspension to Asif, banning them from professional cricket for the duration. Both Asif and Shoaib have been added to Pakistan Olympic Association list of doping offenders.The panel had reported to have shown a degree of leniency to Asif as they believe that he did not understand what he was taking and stopped at the request of the physiotherapist. Both Akhtar and Asif appealed against the ban. A second tribunal was formed. On 5 December both were acquitted by the tribunal appointed to review their drug ban appeal. The decision was made two to one with Hasib Ahsan and Justice Fakhruddin Ebrahim in favour of the acquittal. Statement by Justice Ebrahim: "This appeal committee holds that Shoaib Akhtar and Mohammad Asif will not be deemed to have committed a doping offence," Ibrahim said. "The ban and punishment imposed by the earlier tribunal is hereby set aside as being contrary to the provision of laws.On 6 December 2006, Asif spoke out in his defence in an interview with the BBC. When asked to explain the presence of Nandrolone in his body, Asif cited a lack of awareness in Asian countries and said that he had taken some vitamins and protein supplements during the team's 2006 tour of England, which led to the problem. He also mentioned that medicines are easier to obtain in Pakistan, with little information available about the quality of the medicines.On 19 June 2008, the charges against Asif were dropped by the Dubai public prosecutor due to "insignificance." The prosecutor, Mohammad Al Nuaimi, was quoted as saying, "It is definite that he committed the crime as he was caught red-handed ... however in certain cases and for a faster litigation process the Public Prosecution drops a case due to insignificance and deports the suspect."He was banned from entering UAE ever again.[5] Dubai drops- case Asif returned to Pakistan the following day and thanked those who had aided his release, he also stated, "I did not use any banned substance. During the Indian Premier League, I underwent two doping tests, and cleared both of them...If I had been tested positive, the ICC would not have cleared me.His alleged aiders include the Pakistani actress, Veena Malik, who recently claimed that Asif has not returned her loan amounting to PKR 13 million, which was used for his release. 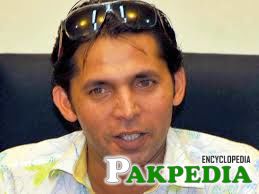 August 2010, the English Sunday newspaper News of the World published allegations that Asif and fellow bowler Mohammad Amir had deliberately bowled no-balls during Pakistan's 2010 tour of England in return for payment from a betting syndicate, a practice known as spot-fixing.On 1 September 2010, after the warm-up List A game between Pakistan and Somerset, the International Cricket Council announced that they had suspended Asif under the provision of the provisions of the ICC's Anti-Corruption Code. The statement from the ICC stated that the three players (Asif, Mohammad Amir and Salman Butt) were charged "under various offences under Article 2 of the ICC Anti-Corruption Code for Players and Player Support Personnel relating to alleged irregular behaviour during, and in relation to, the fourth Test between England and Pakistan at Lord's last month".After filing his appeal against the suspension he withdrew it stating that he wanted the Scotland Yard investigation to be completed before he files an appeal against his ban as he knows what the charges levelled against him are  In December Salman Butt one of the three cricketers implicated along with Asif and Amir announced that he wanted his hearing to be delayed because he wanted the Scotland Yard investigation to be completed first. Asif and Amir stated they would not take part in the teleconference involving Butt for requesting the delay in the hearing because they wanted their decisions to happen quickly so that they could be selected in Pakistan's provisional world cup squad.On 5 February 2011, the tribunal's decision was handed down. Asif was found guilty of deliberately bowling no-balls, and was banned from the sport of cricket for seven years, the last two of which were suspended should no further offences take place, and Asif take part in a Pakistani Cricket Board anti-corruption program.

Asif was signed for his first acting role for a Bollywood film in 2010, however he was dropped due to the allegations against him. He was then replaced by Canadian actor Abbas Hasan in Mazhavillinattam Vare directed by Kaithapram Damodaran Namboothiri.

Pakistani right-arm pacer Muhammad Asif was deported from the Dubai airport on Tuesday 27th March 2018. While no details were available on the reason for sending him back from the Dubai airport, Asif was visiting the country to participate in a cricket league. Asif’s estranged relation with Dubai is not new as he was caught at the same airport, nearly 10 years back, with drugs in his purse. Asif was also part of the trio convicted and banned for spot-fixing in 2010 during the tour of England with the Pakistan national cricket team. A few days ago, Asif addressed a press conference at the Lahore Press Club regarding his participation in the Dubai league, but the current development means he will not be able to play there. [6] Deported from Dubai airport
Disclaimer: As an encyclopedia, pakpedia.pk's articles contains shared information which has collected from different sources and people. We welcome everyone for corrections and updates, Thank you.

Mansoor Akhtar is a former Pakistani cricketer who