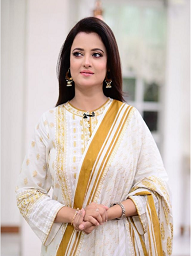 
Mizna Waqas is an exceptionally talented Pakistani actress and a Host who is well known for her supporting characters especially her character in a drama serial 'Suno Chanda'. She is the only one from her family who belongs to Showbiz. This article contains all the information about her including Mizna Waqas Biography and Mizna Waqas Dramas. 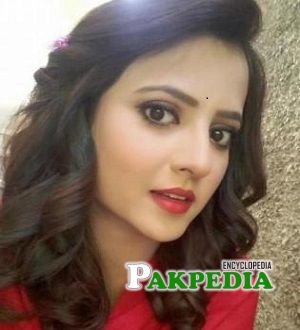 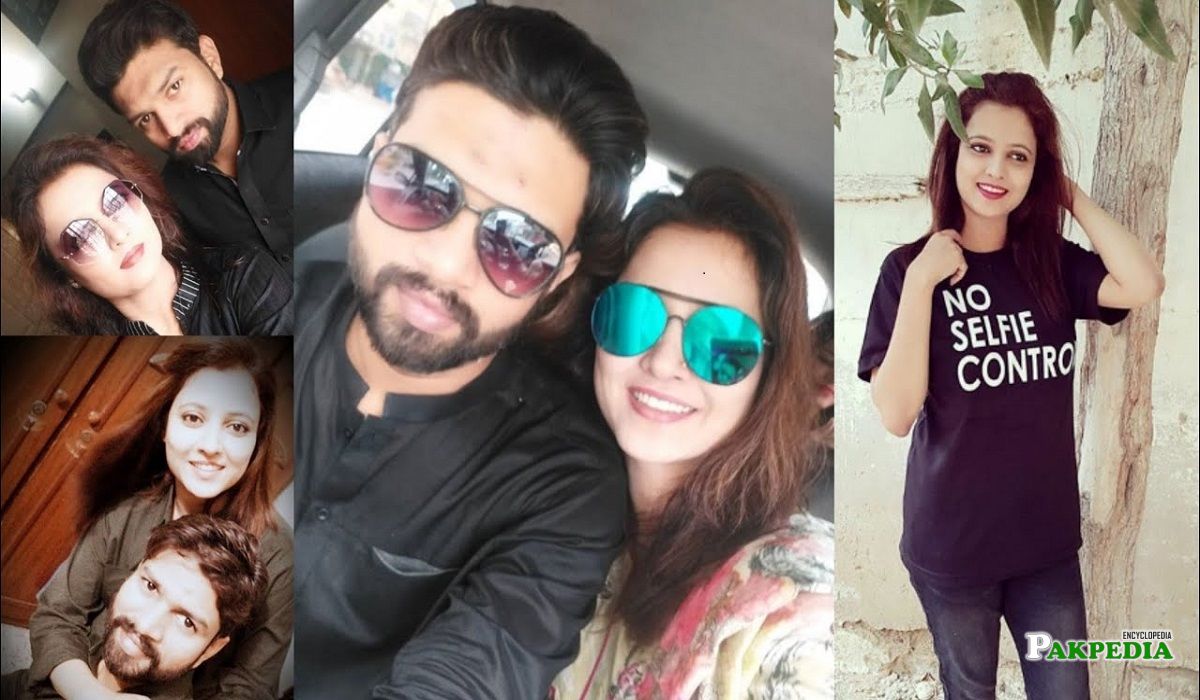 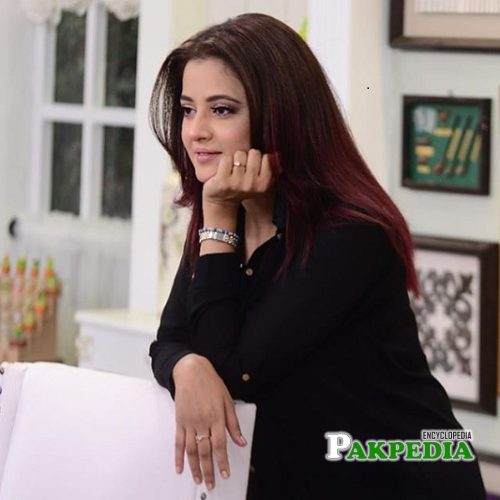 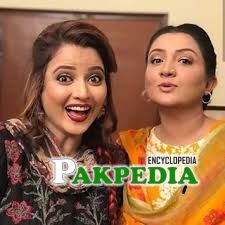 Mizna Waqas with Nadia Afghan on sets of Suno Chanda She is a young, beautiful and self-proclaimed Pakistani Theater and television actress who is in the limelight since 2013 and is best known for her supporting characters in various Television serials. After being born in Karachi she went to Saudi Arabia along with her 2 siblings and parents and spent her childhood there. After coming back to Karachi her father got married  2nd time and both the family lived happily together. From her stepmother, she has 2 siblings. She is married to a nephew of her stepmother.

She was born on 3rd January 1986 in Karachi, Pakistan. Currently, she still resides there with her family.

She got married to her step mother's nephew Waqas Ahmad. The couple is blessed with a son.

She made her debut on Television with a drama serial 'Mann Kai Moti' in 2013 in which she played a supporting role along with many fine actors including Faisal Qureshi, Yasra Rizvi, Aiman Khan, Waseem Abbas, and many others. She is renowned for her supporting characters in various hit serials including Mera Naam Yousaf Hai, Lamhay, Nazr e Bad, Ghar titli ka standard and numerous others. He character in Suno Chanda as Billo Ji gave her much gratefulness and profound respect. She likewise did a stage show in 2016 'Khel Khel Mein' as a lead role.

She is blessed with a melodious and sweet voice and a hosting talent so apart from acting she is also a capable host who hosted a show 'Qabool Hai' for almost a year. She has also done a few radio shows.

If we talk about style Diva, then Yashma Gill inev

Being known with the name Mona Lizza Hussain in Pa

Tehreem Zuberi is a prominent and loved Pakistani