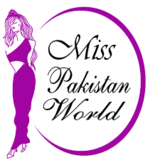 The world pageant means as per Chamber’s Dictionary “a dramatic performance, scene or part, a series of tableaux or dramatic scenes connected with local history or other topical matter, performed either on a fixed spot or in procession.” As per Webster’s English Dictionary it means “a specular procession or parade, representation in costume of historical events; a mere show” . [1] History of beauty pageants
the Miss World Pageant is an international beauty pageant founded in the United Kingdom by Eric Morley in 1951. Presently Morley’s wife Julie Morley is Co-Chairman on the pageant .The event of Miss World is the most widely attended and broadcasted of such events, with over a hundred delegates in competition. Miss World -The Final is the world’s largest live annual television event and the global viewing figures topping more than two billion across more than 200 countries. The rival group which held Miss Universe Pageant by comparison, welcomes approximately 80 delegates, although Miss Universe maintains unrivaled popularity in some parts of the world, notably in Americas.

Perks of being Miss World

The winner spends a year travelling the globe representing the Miss World Organisation in the various causes, Traditionally, Miss World lives in London (U.K.) during the reign and uses it as her base for world travel. Miss World started as the Festival Bikini Contest, in honour of the recently introduced swimwear of the time, but was allied Miss World by the press. It was originally planned as a one-off event. Upon learning about the upcoming Miss Universe pageant Morley decided to make the pageant an annual event. Opposition to the wearing bikinis led to their replacement with more modest swimwear after the first contest.

Pakistan is growing and developing year after year, and is realizing achievements of which the Pakistani women can truly be proud of. However although social attitudes about women in Pakistan are improving, there is a long way to go. The very idea that the pageant has to be hosted in Canada highlights the role of media for women in Pakistan.
The event under the strong leadership of Sonia Ahmed follows a way towards women empowerment and freedom to choose this industry as a stepping stone for the younger generation of women. Her vision is to promote more women in the media where entry into media could mean a freedom of expression and set a milestone approach towards empowerment of women coming from a fundamentally restricted country. Ahmed has strived, for the need of women in Pakistan media to fill higher positions and provide balanced leadership.
Once the realization hit that Pakistan was being represented around the world in a very one-dimensional way , Ahmed began the creation of Miss Canada Pakistan Inc. which was later renamed as Miss Pakistan World. Because pageants were not allowed to be held on Pakistani soil , Ahmed created the pageant in the Canadian capital of Ottawa  and began by taking delegates of Pakistani descent now living in Canada, USA, Europe and China. The pageant has since been renamed Miss Pakistan World, and takes applications from Pakistani women from around the globe. Sonia Ahmed  attended Carmel Convent Catholic School in Kuwait after which her family moved to Ottawa in Canada, where she attended Notre Dame Catholic High School. Always an academic, Ahmed was awarded a medal for being ranked in the top 10 academically at her high school in Canada and also received a $8,000 scholarship to attend the University of Ottawa where she earned a degree in Business. Ahmed continued in CGA (Certified General Accounting) up to the 4th level and then left it to pursue the pageant as full fledged business.

Living in Toronto, Ontario, Ahmed considers herself a driving force for the “progression” and “liberation”  of Pakistani women on a global scale. Working through her pageants, Ahmed aims to build cultural connections to showcase the beauty and talent of what she considers a new Pakistani generation.

The only condition that one needs to fulfill to participate in the event is a Pakistani passport. Pakistani girls living abroad and having different nationalities are eligible to participate but they are required to show papers proving their Pakistani nationality.

“the participants are judged on the basis of their speaking abilities, overall looks and a good proportionate body. We want a good figured contender, who can represent Pakistan on an international level in international pageants. There are two different panels that judge the contestants. The first panel are on the preliminary interview panel where each contestant is asked about 20-25 questions. The second panel is on the day of the pageant, where they judge the contestants, on the way they speak, the way they look, their talent, and finally on the way they perform”.

The judges themselves are a motley lot. “ there are lawyers, entertainers, publicists, entrepreneurs, doctors and others, who participate in the judging and become part of the process,”. [4] Judges The Miss Pakistan World which has completed more than a decade of its existence.! The 10th Annual Pageant event was held on August 24, 2012 in Mississauga. The entire credit for this long and the difficult journey goes to Miss Sonia Ahmed who had a dream to portray a softer image of Pakistan to the world and to create a platform for the young and creative Pakistani women to exhibit their talents which have been dormant due to the lack of opportunities. We must congratulate   Sonia Ahmed for his great devotion, dedication and determination to conduct its fabulous event and also having confidence to achieve her goals. She was very confident and creative to establish the first event at Ottawa, national capital of Canada in 2003 and after this she decided to move to Toronto and since then it is being held every year.
In 2014, Sonia Ahmed, President of Miss Pakistan World, shifted the entire pageant and its team to base itself in New Jersey, US for the year 2014. This was the first time the pageant was held out of its home base in Canada. This not only attracted new local contestants from the US but also got more contestants attracted from different parts of the world.
In 2015, the pageant was back in Toronto, Canada. Sonia not only produces the momentous event here in town but also makes sure that the participants get worldwide projection and rewards.
Miss Pakistan World is a pageant that has represented Pakistan in various International Pageants from North America, Europe, New Zealand, Australia and rest of the world. Miss Pakistan World’s participants have won many titles from different parts of the world.

In 2003, Zehra Sherazi was the very first winner of MPW. She is from sindh, Pakistan. Host city was Ottawa,Canada. She was Sent to World Miss University 2013.  [6] zehra sherazi In 2004, Batool Cheema from Punjab, Pakistan was the winner of MPW hosted in Mississauga, Canada. She was Sent to Queen of the World 2009 and Miss Friendship 2009.  [7] Batool cheema In 2005, Naomi Zaman from Punjab Province of Pakistan was the winner. host city was Mississauga, Canada. she Debuted in Miss Earth & was winner of Miss Dance Queen in Miss Tourism Queen International also.. she was Sent to Queen of the World 2009 and Miss Friendship 2009.  [8] Naomi Zaman In 2006,Sehr Mahmood from Sindh, Pakistan was the winner of MPW hosted in Mississauga, Canada. She was Unplaced in the Miss Earth, but won Miss Elegant position  in Queen of the World.  [9] Sehr mehmood In 2007, Mahleej Sarkari from Baluchistan, was the winner. Hosted city was Mississauga. she was sent to Miss Tourism Queen International. In 2008, Natasha Paracha from Punjab won the MPW contest. She Withdrew from Miss Earth and was replaced by Nosheen Idrees and did not compete in international pageants.  [10] Natasha pracha In 2009,Ayesha Gilani from Punjab was awarded the title of MPW held in Mississauga, Canada. She was Unplaced in Miss Earth & Beauty of the World, Miss Tourism Queen International.  [11] Ayesha Gilani In 2010, Annie Rupani from Sindh, Pakistan was titled as MPW held in Missisauga, Canada. She was sent to Miss Diversity Pegeant by Sonia Ahmed.  [12] Annie Rupani In 2011,Sanober Hussain from Punjab, Pakistan hosted in Mississauga, Canada. She was also titled as Miss Friendship.  [13] Sanober Hussain In 2012, Zanib Naveed from Punjab, Pakistan was titled as MPW hosted in Mississauga, Canada. She earned Silver Medal in Trivia Challenge in Miss Earth.  [14] Zanib naveed In 2014,Aatka Feroz from Punjab, Pakistan was the finalist of MPW that is held in New York City, United States. She was sent to Miss Asianverse 2016. In 2015, Anzhelika Tahir from Punjab, Pakistan was the winner of MPW held in Toronto, Canada. She was Sent to World Miss University, World Super Model 2016 & Miss Super-talent 2016.  [16] Anzhelika Tahir In 2016, Ramina Ashfaque was the winner of MPW. She was from Sindh, Pakistan. The event was conducted in Toronto, Canada. She was sent to Miss Earth 2017.  [17] Ramina Ashfaque