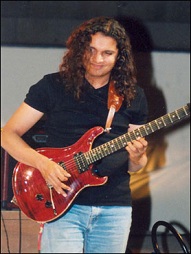 Mekaal Hasan (born 1 December 1972) is a leading Pakistani musician and record producer from Lahore. He has worked in the capacity of a guest artist and/or record producer in the music industry of Pakistan with many Pakistani bands and solo artists at home and abroad. He is also the leader and composer for perhaps Pakistan's most critically acclaimed band, Mekaal Hasan Band.[1] Mekaal Hasan - Bio 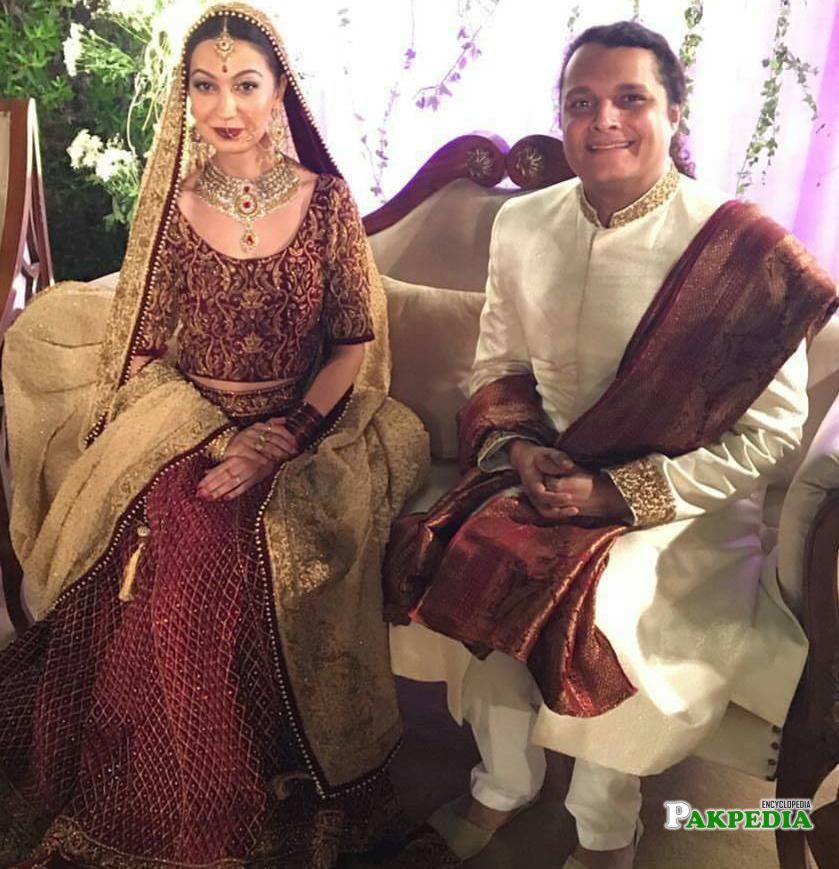 A wedding picture of Mekaal Hasan 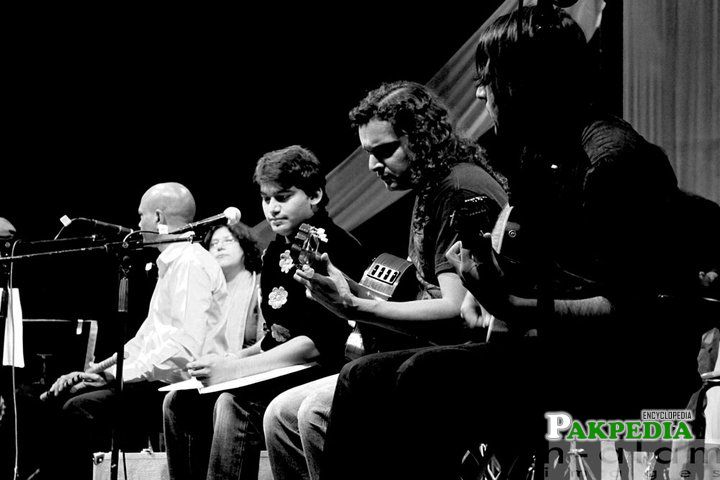 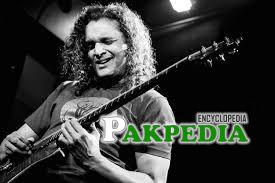 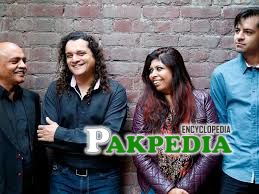 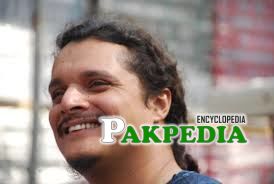 Mekaal Hasan is a rock star of Pakistan 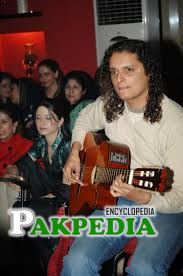 Mekaal Hasan was born and raised in Lahore — city of kings, home to painters and poets, and today, the hub of Pakistan's fashion and music industry. But Hasan says that Lahore, circa the early 1990s, was not the ideal place for a budding rock star. "You couldn't even find a guitar pick," Hasan says. "You had to ask someone from abroad to get you a guitar pick. You had to ask people to get you guitar cables, guitar strings. That's how bad it was." [2] Mini Bio -  Mini Bio 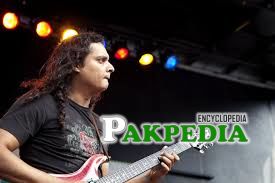 Mekaal Hasan somewhere in a concert

Hasan's mother is Christian; his father, Muslim. Their house was full of jazz records when he was growing up. The influence of the liberal arts is really heavy in his family, so this parents really encouraged him to get into music. After some on-again, off-again attempts at piano, he taught himself to play guitar when he was 15, listening to bands such as Led Zeppelin. There wasn't much opportunity to advance his craft in Lahore. So Hasan, like many of his peers, decided to leave Pakistan. He applied to the Berklee College of Music in Boston, and got in. 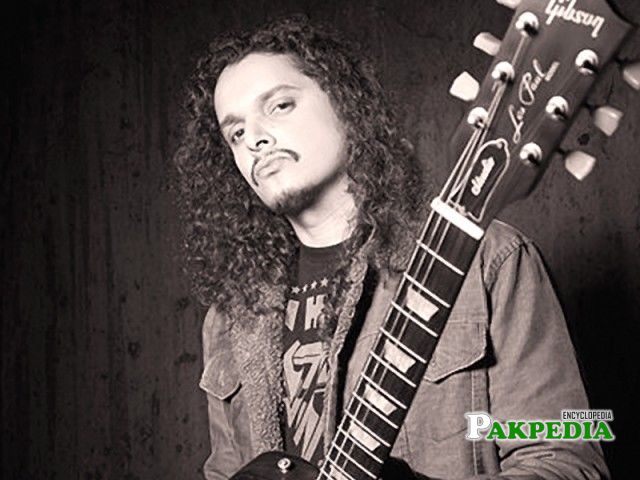 Mekaal Hasan is a best guitarist

His parents are Masood Hasan, a well-known and widely read writer/columnist and also an advertising professional who runs Publicis Pakistan, and Prof. Ira Hasan, a renowned and one of the most sought-after teachers of English literature. Mekaal Hasan was surrounded by music from childhood. His father's passion for jazz influenced him throughout his early years. After graduating from Government College, Lahore, Mekaal studied music at the Berklee College of Music, Boston. His stay exposed him to a wide variety of music and musicians, many of whom are influences to this day. [3] Early Life & Family

He returned to Pakistan in 1995, before he could complete his degree at Berklee , Mekaal set up a state of the art recording facility, Digital Fidelity Studios where many of the top artists of Pakistan record. Mekaal formed The Mekaal Hasan Band towards the end of 2000 and the Sampooran record features his long standing writing partnership with keyboardist Javed Akhtar. Apart from leading MHB, Mekaal also played bass as a guest artist for one of South Asia's leading rock bands Junoon for a period of a year from 2005 to 2006. Mekaal Hasan is also known for his production, record engineering and mixing talents and has produced/engineered the biggest names in Pakistan's music scene as well as engineering for jazz artists from The UK and Europe. 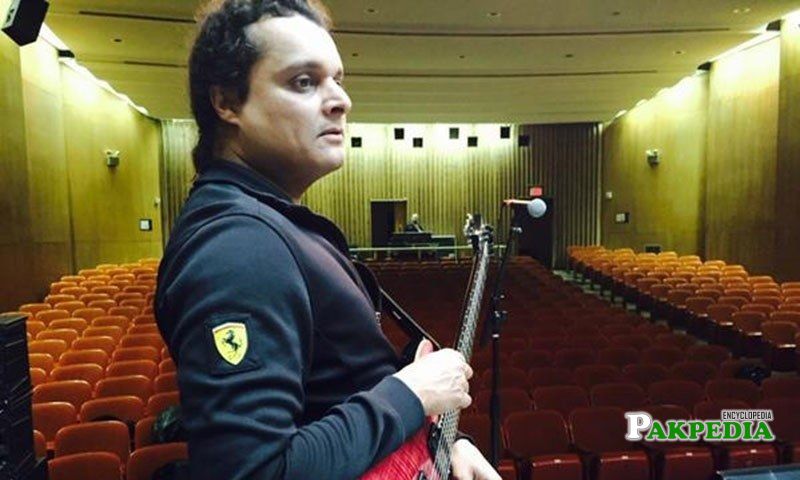 Mekaal Hasan founded Mekaal Hasan Band in 2000, with the intent of featuring traditional music from the subcontinent in a progressive rock-jazz based musical style. The band achieved mainstream success in the sub-continent and across the fusion world from 2004 onwards with it’s recordings and live performances, leading the band to win numerous awards for their intense live performances and also establishing them as representative of a modern yet traditional style of South Asian music with roots in folk, classical and jazz and literary roots in poetry and writings of Sufi sages and modern Punjabi poets like Amrita Pretum.[4] Mekaal Hasan Band Mekaal Hasan's photo with his Band

Mekaal Hasan Band is making history by announcing the first ever Indo-Pak band with members from both Pakistan and India. This is the first initiative of its kind and aims to create positive interaction between the musicians of both India and Pakistan, creating a relationship of mutual benefit, trust and thereby strengthening peaceful ties between the two countries. The band’s third record, ‘Andholan’  featured the best contemporary and classically trained musicians from both sides of the border and  ensured that the diversity and richness of our shared cultural heritage is celebrated through the power of music and poetry. The band hopes to create music that is of integrity and depth and that stands as a testimony to the power of working in harmony toward a meaningful exchange of ideas and talent. As such, the members of the group look forward to promoting a sense of camaraderie and confidence between artists on both sides of the border and hope to act as cultural beacons for both countries. 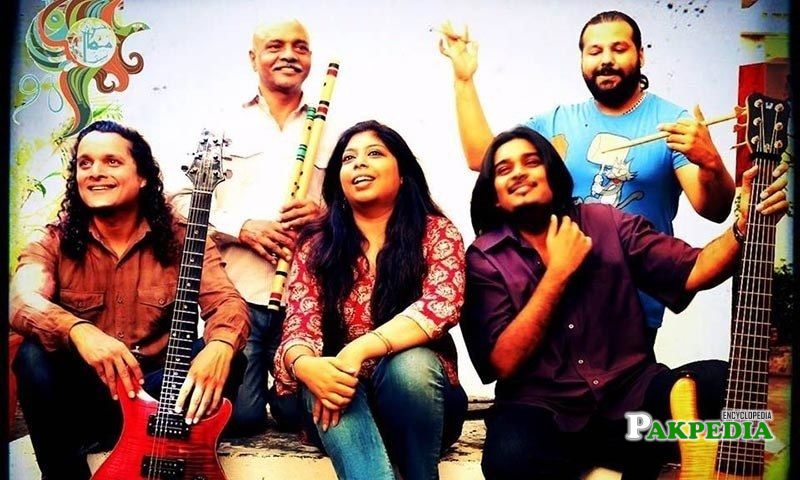 Mekaal Hasan with his Friends

"Classical musicians," Hasan says, "are unbelievable improvisers. That's a common thing that jazz and  classical has: They're both improvising art forms. But the language varies within each particular art form. It just depends on how much they're willing to stretch." The lead singer of The Mekaal Hasan Band, Javed Bashir, and flutist Papu are part of the older community of classically trained musicians living in Lahore. Many of them have been relegated to playing backup for the country's glossy pop stars. Hasan reversed that arrangement and brought those musicians to the forefront. Still, even he admits that even he didn't always understand traditional music. 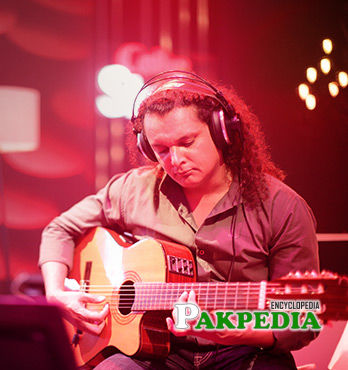 Mekaal Hasan in a Coke studio

Fariha Pervez is a Pakistani female singer. She st

Nabeel Qureshi is a name known to everyone who has