By tauseefanwarMarch 10, 2017No Comments4 Mins Read 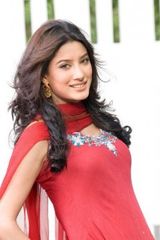 
Mehwish Hayat is a beautiful, versatile and talented Pakistani actress, model and a singer who is in the industry for a long time and is impressing her fans with each powerful performance. She was honored ‘Tamgha-e-Imtiaz ‘ in 2019 by the president of Pakistan to her contribution in the television industry for which she was mocked by many people. This article contains detailed information about her including Mehwish Hayat Biography, Mehwish Hayat Family and Mehwish Hayat Dramas. Mehwish is a stunning and an accomplished Pakistani actress, model and a singer who started her career many years ago and today she is considered to be one of the superstars of the
Showbiz Industry. She is the one who often gets troll by the viewers but she always accepts criticism in a quite positive way. She is a strong independent woman who is vigorous and talented. She made everyone proud by receiving the Tamgha-e-Imtiaz for her work which she did over the past years. She is still unmarried and has no plans for marriage yet.

She was born on 6th January 1983 in Karachi where she spent all her life. Currently, she resides in the same city with her family.

She was born to an artistic and competent family where her mother Rukhsar Hayat was one of the popular actresses of the 1980s when the Entertainment industry didn’t expand much. One of her brother Zeeshan Hayat is a singer and a music composer while her younger brother Danish Hayat is an actor by profession who recently got married to a Pakistani Model Faiza Ashfaq. Her sister Afsheen Hayat is a singer.