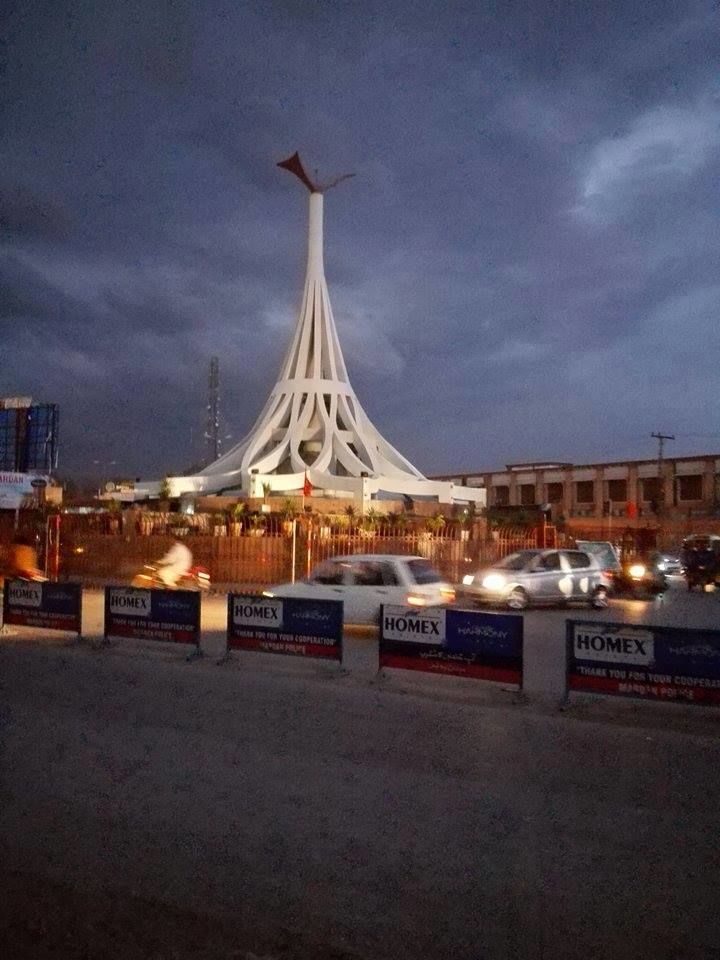 
The city of Mardan is located in Mardan District, a part of  Khyber Pakhtunkhwa . It is the 19th largest city of  Pakistan ; highly influenced by Yousafzai tribe. Mardan is considered as a cultural spot, governed with traditions and rich history. Along with a great cultural legacy, Mardan is renowned for its splendor and breathtaking beauty as well. The residents of the city belong to different backgrounds and ethnicity but are extremely humble and hospitable.[1] www.jovago - net Mardan  is a city and headquarters of Mardan District in  Khyber Pakhtunkhwa  Province, Pakistan.[2] Tehsils Unions - District The name Mardan was given to a small area after the name of Pir Mardan Shah, a prominent religious figure. Gradually, a large surrounding area came to be known as Mardan. The area constituting Mardan district is part of  Peshawar  valley, which first appears in history as part of Gandhara Kingdom. Until 1937, Mardan district was a part of  Peshawar
district. In 1937, Mardan was set up as an independent district after the name of its headquarter's town.[3] General Description - Mardan
Mardan is the 19th largest city of  Pakistan .[4] www.pbs - gov.pk It is the de facto headquarters of the Yousafzai tribe, although a significant number of Momands have settled there over the past years. It is the second most populous city in the province, located in the south west of the district at 3412'0N 721'60E and an altitude of 283 metres (928 ft). 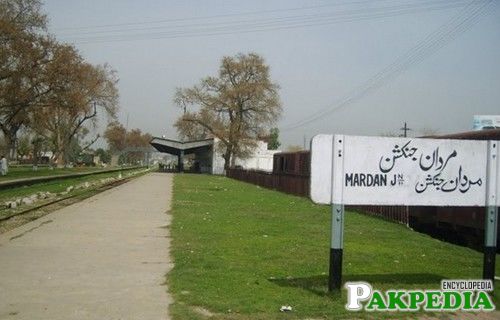 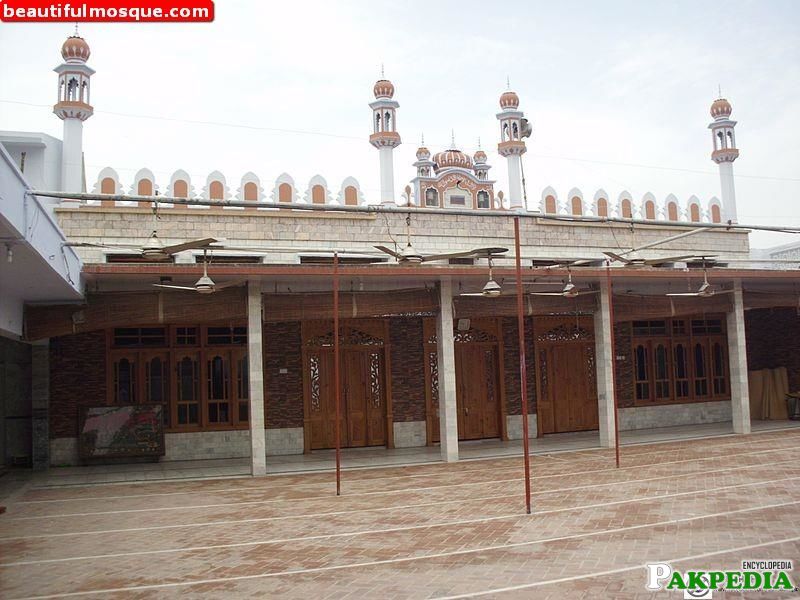 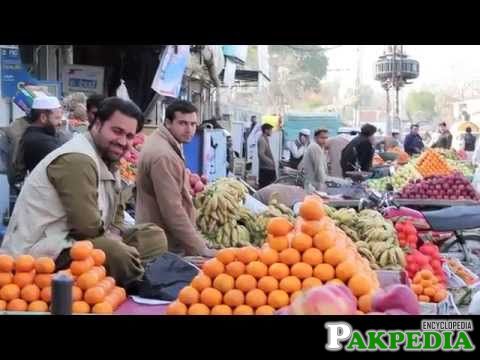 In the 10th century the area came under the control of Sultan Sabuktigin who defeated Raja Jaipal, the Hindu ruler of Lahore. Sabuktgin's son Sultan Mahmud of Ghazni made this area the rallying point for his numerous raids into the interior of India. In the 12th century the Pashtun of Ghor overthrew the Ghaznavis and the era of Ghaznavis came to an end.[5] Ghaznavid - mardan.com

In 1505 the Mughal emperor Babar invaded the area through  Khyber Pass . The most prominent rathan of emperor Akbar - Beerbal was killed in the Katlang Area during a battle with the Yousafzai tribe. Baber was defeated in Swat three times. The People of swat in those days were of mix origins. On one side of the river lived Pashtun along with gujars, syriake people of whom many were Sikhs and Hindus and Muslims. They all together march against Baber and defeated him three times. Baber then married some young lady of a Pashtun ruler from Bunair and made a peace treaty but had no control of the area except by word. During his Aurangzeb regime the Pashtun tribes revolted and Aurangzeb himself led his army to re-establish his authority but after a hard struggle which lasted for two years (1673ï¿½75) he was compelled to agree to the terms which left the Pashtuns practically independent. In 1738 came the surrender of  Peshawar  to Nader Shah by which all the territory west of the Indus, which included present Mardan district was ceded by the Mughals to Nader Shah.[6] mardan.kp - gov.pk

Ranjit Singh conquered Attock 1814 and Peshawar city in 1822. He left Hari Singh Nalwa in command and withdrew himself to  Lahore .  Peshawar  city,  Nowshera  and  Hazara  were under Sikh rule for a while. Hazara was set free by tanooli clane from Sikhs but fell to Britain in 1838.  Peshawar  city also fell to Pashtuns in 1834 but soon the British took it in 1837. The British then went after the Sikhs and the Sikh were defeated by the British in the Second Sikh War. Major Lawrence was appointed first Deputy Commissioner of Peshawar. From that time Peshawar city and Attock regions only became an administrative district under the  Punjab  Government. In 1909 Khyber Pakhtunkhwa (then NWFP) was constituted and in 1937,  Peshawar  district was bifurcated into Peshawar and Mardan districts. Britain tried its best to include  FATA , DIR, Swat and other region into  Khyber-Pakhtunkhwa  but they suffered heavy setback and finally came to an agreement in 1920s that Britain will no longer bother the tribes and swat region.[7] British Era - Mardan

The most common diet of the people is bread which is mainly made of wheat flour but maize bread is also eaten. Generally the foods are spicy. The people of the area are fond of meat, especially various forms of beef cooked in shape of chapli kebab, seekh kebab and tikkas etc. Mostly black tea with milk is taken as hot drink but Qahwa (green tea) is also popular and is liked by most of the people. The oranges are a local famous fruit which is grown in Rustam valley in Palay, Palo Dheray, Baroch and Malandray villages. These oranges are transported to various parts of the country. A new access road to these villages is being constructed via Rustam through Kaludheri Srakabroona Baringan Malandry to Buner District.[8] Food - jovago.net Mardan is popular for its traditional food delicacies. There are a number of restaurants in Mardan Popular foods

The villages are divided into Kandis have congested house. Each kandi is further occupied by sub-section. The divisions of Kandis are on the pattern of agricultural lands. Their houses are generally consists of two or three rooms and a court-yard turned as ghollai and varandah. The cattles and poultry are also accommodated beside the shelter for family.[9] mardan - gov.pk Each Kandi of the village has its own mosque and its own Maulvi and a place of meeting or for public assembly called Hujra. In most cases it is the property of elders of the Kandi; who are expected to feed and give shelter to visitors/ travelers. These Hujras are commonly used for the settlement of public disputes/business beside public meetings. Residents of Kandi assemble there to smoke, hear news of the day and discuss their problems and politics. Now a day the people in service abroad have accumulated sufficient wealth which brought a distinct change in the life of the villagers who construct pacca houses of cement, bricks and timber.A Tandoor (Oven) is also found for baking bread in many houses and some time women of three or four houses assembled on one Tandoor (Oven) for baking breads on their turn. The houses have huge compound walls around with gates. Chair and tables are used in the houses of well-to-do persons whereas others use the ordinary cot (Charpoy). [10] Description - District Mardan

The Pashtun dress is an ancient dress and date back to the time of Israel. This dress was brought into Iran by the Jews and spread from Iran to Afghanistan Tajikistan,  Pakistan  and a few more. It has undergone many changes but it originated from Israel Originally 2500 years ago. There is significant difference in dress of common people and educated and upper classes. The upper-class people are inclined to western dress. The middle and lower classes are generally wearing typical Pashtun dress, the old loose coat or khalqa has been replaced by the less cumbersome qamiz with blanket or coarse chader during winter season around the body. Among the villagers use of mazari cloth is common for qamiz and shalwar. A chitrali woolen cap is used in winter white a typical light colour cap in summer. Chapplies are the most common foot wear. Shalwar qamiz and dopatta is the dress of female. Pardah is universal among women in a form of a printed coarse chaddar or plain white chaddar or burqa.[11] Dress - mardan.com

The summer season is extremely hot. A steep rise of temperature observed from May to June. Even July, August and September record quite high temperatures. During May and June dust storms are frequent at night. The temperature reaches to its maximum in the month of June i.e. 43.5 C (110.3 F). Due to intensive cultivation and artificial irrigation the tract is humid and heat is oppressive (Heat Index 69 on 7 July 2006). However, a rapid fat! of temperature has been recorded from October onwards. The coldest months are December and January. The mean minimum temperature recorded for the month of January the coldest month is 0.5 C (32.9 F).[12] Climate - mardan.kp Most of the rainfall occurs in the month of July, August, December and January. Maximum rainfall recorded for the month of August the rainiest month is 12S.8Smm. Towards the end of cold weather there are occasional thunder storms and hail storms. The relative humidity is quite high throughout the year while maximum humidity has been recorded in December i.e. 73.33 percent.