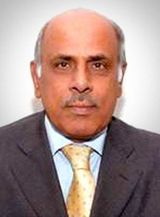 Senator Malik Rafique Rajwana who is recently appointed as the Governor of Punjab is also serving as a senator on a Pakistan Muslim League – Nawaz ( PML-N) as he is associated with PML-N since many years. He has also worked as Senior Vice President PML-N Punjab and Vice President of PML-N Lawyers Wing.Rafique Rajawana has played vital role in legal counseling of several leaders of PML-N like Nawaz Sharif, Shahbaz Sharif and others. In 1998 he appointed as Senator till March 2003 after which he again elected as Senator in the year 2012 as his contract will expire on March, 2018. He had also served as Additional District and Session judge and President of the Lahore High Court Bar Association during 1996-97. But he resigned from judiciary before stepping into the field of politics. [1] Rafique Rajawana has – played vital role Mr Rajwana recieved his bachelor degree in Law and Jurisprudence from the Gilani Law College in Multan whereas completed his graduation from Government Degree College Multan. He also holds a Master’s Degree in Economics which he received from FC College Lahore. Rafique Rajwana who hails from Southern Punjab was born in the year 1949 in Multan on 20th February. However Rafique Rajwana has replaced Chaudhry Mohammad Sarwar as who resigned from the post in the month of January this year. [2] Mr Rajwana recieved his – bachelor degree Rajwana joined the judiciary in 1987, resigning later to start Rajwana & Rajwana. In 1996, he was elected as President of High Court Bar Association Multan. His core area of practice is Civil, Company, Alternate Dispute Resolution and International/local Arbitration.He was elected as senator on PML-N seat from southern Punjab in 1997 and in 2012. Rajwana is the senior Advocate Supreme Court of Pakistan and the founding member of Rajwana & Rajwana — a law firm in Pakistan.In February 2014, he was appointed chair of the parliamentary committee for appointment of Chief Election Commissioner of Pakistan. He has been member of senate committees for Foreign Affairs, Law Justice and Human Rights, Government Assurances, Committee on Rules of Procedure and Privileges, Senate House Committee, Devolution Process .On May 10, 2015 he took oath as Governor of Punjab province of Pakistan replacing Chaudhry Mohammad Sarwar who resigned as Governor of Punjab in January 2015.[3] I can serve Pakistan better – out of office

Appointed as the Governor His appointment was finalised by President Mamnoon Hussain, following which Rajwana said he would do his utmost to serve the people of the province.Rajwana, who hails from Multan, had been serving as a senator on a Pakistan Muslim League – Nawaz (PML-N) ticket.The appointment came following the prime minister’s approval with Rajwana meeting the premier shortly before the announcement.The position of Punjab Governor had been lying vacant since the resignation of Chaudhry Mohammad Sarwar in January this year.[4] His appointment was finalised – by President