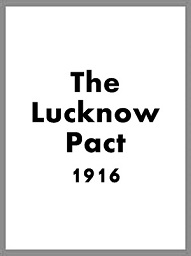 Lucknow pact is considered as a significant event in the political constitutional history of India. It is regarded a high water marked of Hindu Muslim unity. It was the first and last pact signed between Congress and Muslim league.
The Lucknow agreement took a new twist with change in Muslim League’s political doctrine. The Quaid-e-Azam inclusion in the Muslim league was a historic event, which gave new direction to Muslim league’s political struggle. Self-rule for India brought the Muslim league and the Congress closer to each other. The leaders of the both parties agreed that they should cooperate with each other to make the British accept their demands. They acknowledged that the objectives can be achieved if the two major communities of India forget their differences on petty issues and come closer to each other to see eye to eye on the important national issues. The political vicinity had taken a happy turn and ground for cherished Hindu Muslim unity had been smoothed. 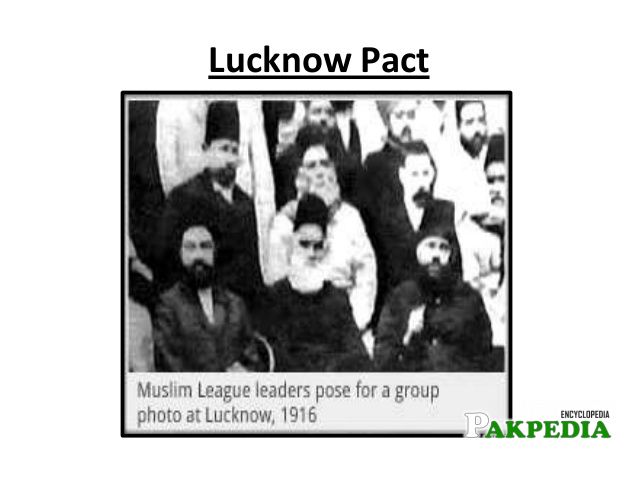 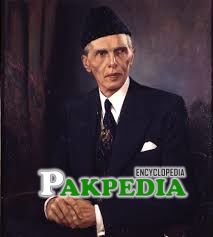 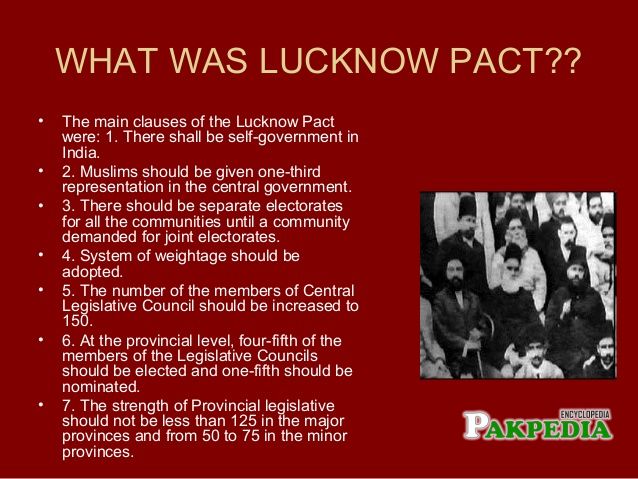 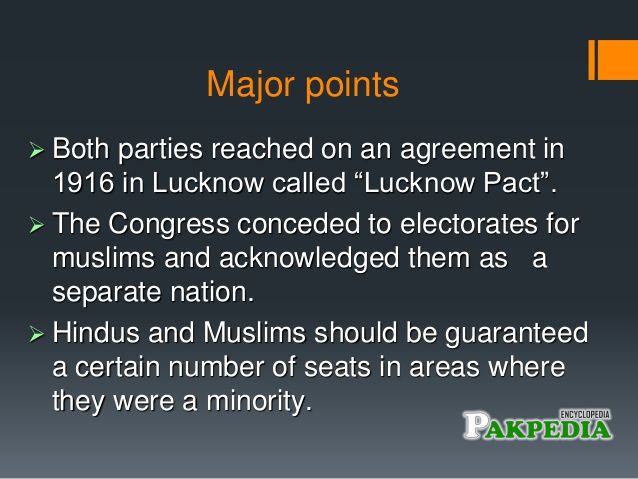 In spite of the concessions given by the Morely-Minto Reforms to the Muslims , relations between the Muslim League and the British government were strained . The Muslim League was outraged at what they viewed as British capitulation to Hindu demands in Bengal and the language issue. They had believed repeated British assurances that the partition of Bengal was final and there was no possibility of a reversal . Such serious and blatant backtracking by the British placed a question mark in Muslim minds over the credibility of future promises. The Muslims, who had viewed the British as a friendly ruling power since the work of Sir Syed, realized that they could not rely fully on the British in the future.

In the next session of the Muslim League , held from December 1912 to january 1913, the role of the League was redefined from promoting loyalty to the government to a form of self-government suitable to India. Ironically, it was exactly this shift away from the British over the language question and Bengal , which moved the League closer to the Congress Party . The Congress now accepted that the Muslim League was not just a British front but an organization designed to protect Muslim interests. It was this recognition , plus further Muslim disillusionment with the British, which led to more common ground with the Congress. At this time a new figure was appearing on the scene , Muhammad Ali Jinnah . Jinnah in his early career was a member of both the Congress and the Muslim League and was well-known as a man free of any religious prejudice , as well as a brilliant advocate and debater. In 1915 , the Muslim , party with the urging of Jinnah , had included the demand for self-rule in their programme for the first time . This delighted the Congress and committees comprising the Congress and Muslim League were formed to try to reach some common grounds of understanding .

There was a simultaneous recognition within the British government that a further set of reforms needed to be implemented before the political situation deteriorated. In October 1916, 19 elected members of the Councils addressed a memorandum to the viceroy on the question of reforms . Amongst the proposals put forward were that : India should be given the same rights as a dominion. These proposals were never published but were leaked to informed opinion in both the Muslim League and the Congress Party. There was a consensus amongst the two main parties that the proposals should be endorsed by them, subject to minor amendments . This feeling of cooperation led to the first major experiment : The two parties tried to find common political ground against the British. This culminated in December 1916 with the Lucknow Pact , Jinnah managed to persuade both parties to meet again at the same place and at the same time , in Lucknow in December 1916. The Muslim League was led by Muhammad Ali Jinnah and the Congress was led by Ambeka Charan Mahajan. The Lucknow Pact is significant as it marked some major concessions the Congress Party made to the Muslim League , most notably the acknowledgement that the Muslim had the right to a separate electorate . This was significant as the Congress had previously claimed that India was one indivisible nation and should be represented by whichever group could win the most votes. Muslims, it was agreed , had the right to be elected to the Imperial and Provincial Legislative Councils by separate electorates. The Muslims were also to be given one-third of the seats, even though the Muslim community was one-forth of the population. The Congress Party even agreed to separate electorates in the provinces of Punjab and Bengal, where they did not exist at the time . Another important Congress concession was that it was agreed that no Act affecting a particular community should be passed unless three-quarters of that community 's representatives in the council endorsed it. The Congress Party and the Muslim League also agreed on a common set of demands to be made to the British government, which included the demand that a greater number of seats on the Councils be decided by election . Another demand was for motions passed by large majorities in the Provincial Councils to become binding on the government . Provincial autonomy for all regions was agreed as a common aim , as was the promise of both sides to protect the minorities within their areas.

This was the first time that a set of political demands had been made by the two main political organizations in the subcontinent to the Britsh . Unfortunately , they were also to be the last . The Muslims were delighted that the questions of weightage and separate electorates  had finally been accepted by the Congress and were pleased by the promise to press for greater provincial autonomy , which would benefit the Muslim provinces. Two points, however, regarding the Lucknow Pact are worth noting. First , the Muslim League realized for the first time that the Muslims, if they wished to safeguard their political rights , had to work with all parties. Secondly , some Hindus became convinced that Hindu - Muslim problems were so deep-rooted that some form of partition would be inevitable . It was for this reason that some members of Congress agreed to the Lucknow Pact , as it increased their own chances of eventual independence. [1] Lucknow Pact

The Lucknow session of the Congress is memorable for it marked the re-union of the Moderate and the Extremist parties after the Surat Split (1907).  [2] Drawbacks of Pact