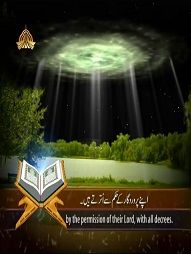 
In this night (27th of Ramadan), the Holy Quran was sent down from LOH-E-MEHFOOZ (the Preserved Tablet) to the earth. Messenger of ALLAH (Blessings of Allah and peace be on him) told us to search for Shab-e-Qadr in the odd numbered nights, in the last ten days of Ramzan. So, the 21st, 23rd, 25th, 27th or 29th night of Ramadan could be Shab-e-Qadr.

Hazrat Aisha Radiallah Anha stated that Rasool Allah peace be upon him said, "Look for Lailat-Ul-Qadr in the odd nights of the last ten days of Ramadhan." (Bukhari)

Hazrat Aisha Radiallah Anha stated that as much Rasool Allah peace be upon him tried (Ibadat) in the last Ashra (ten days) of Ramadhan, did not try in any of the Ashra." (Muslim)

Hazrat Aisha Radiallah Anha stated that I asked Rasool Allah peace be upon him, "If I find Lailatul Qadar then what should I do? HE peace be upon him said, recite this Dua."ALLAH HUMMA INNAKA A’FUVUN TOHIB BUL A'FVA FA’AFU 'ANNI" (Tirmidhi)

Special DU’AA of Lailatul QADR:
"ALLAH HUMMA INNAKA A’FUVUN TOHIB BUL AFVA FA’AFU ANNI" (Tirmidhi)
"O Allah! You are the Forgiver and You like forgiving so forgive me” [1] Laylatul Qadar 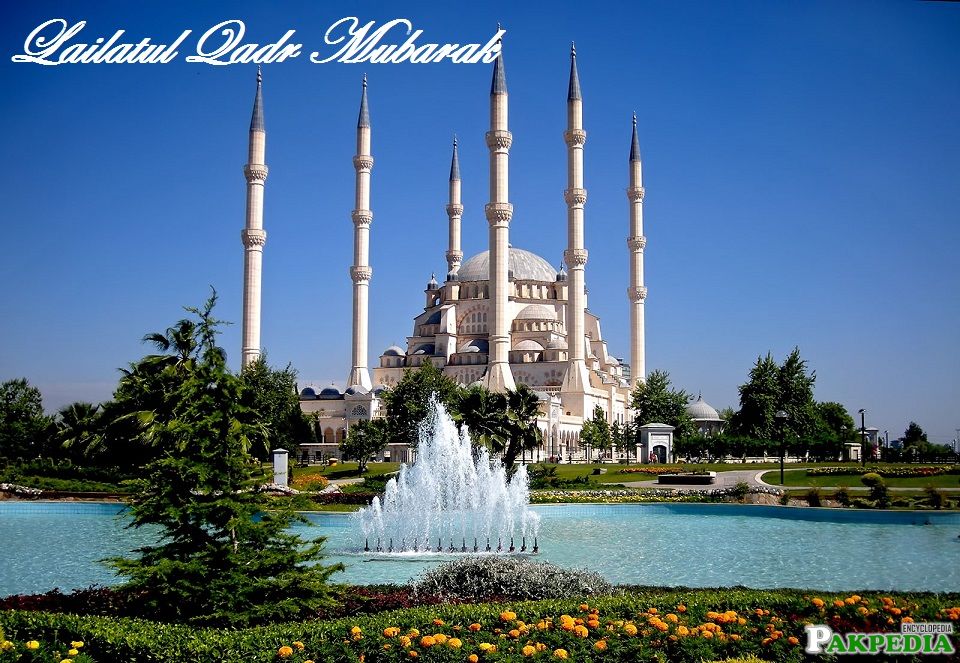 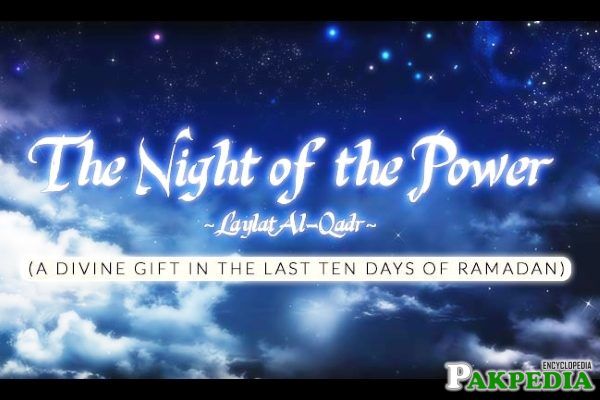 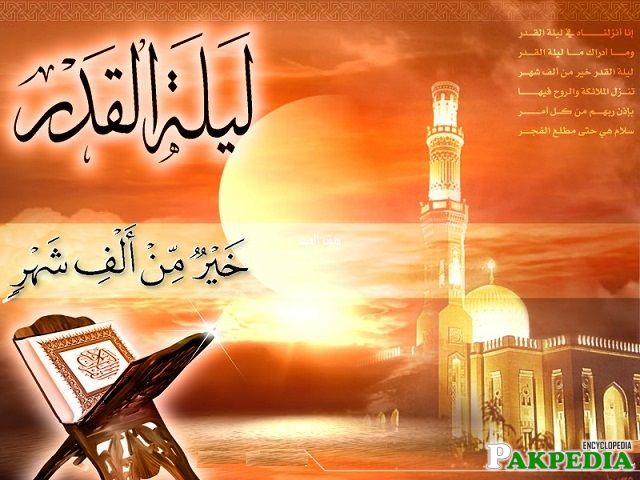 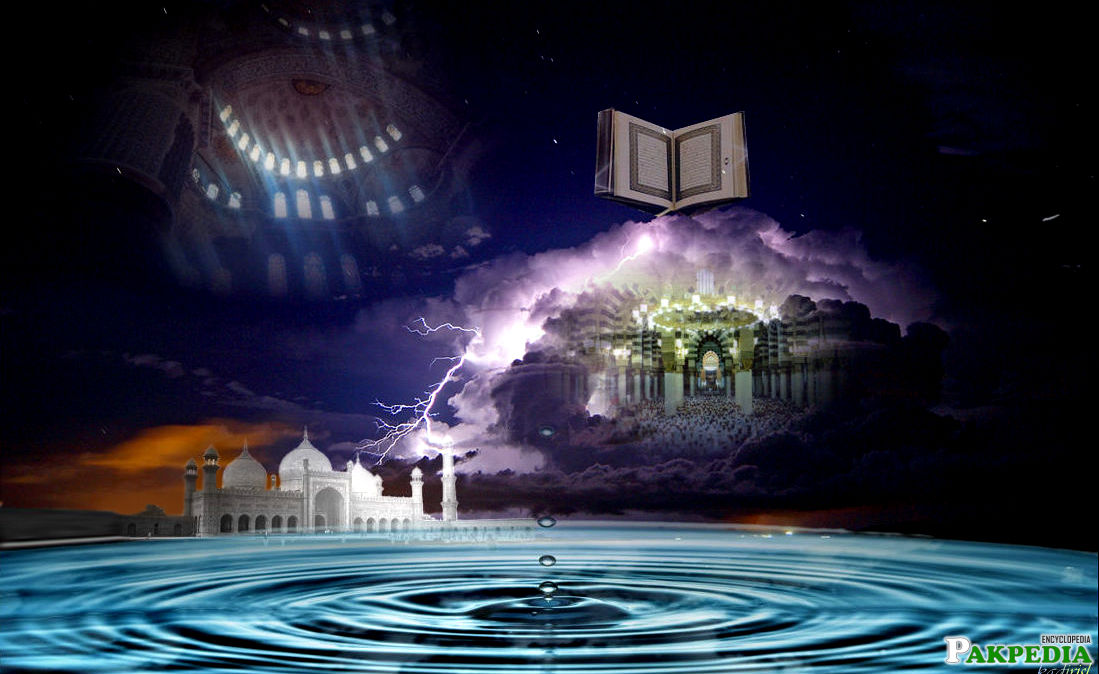 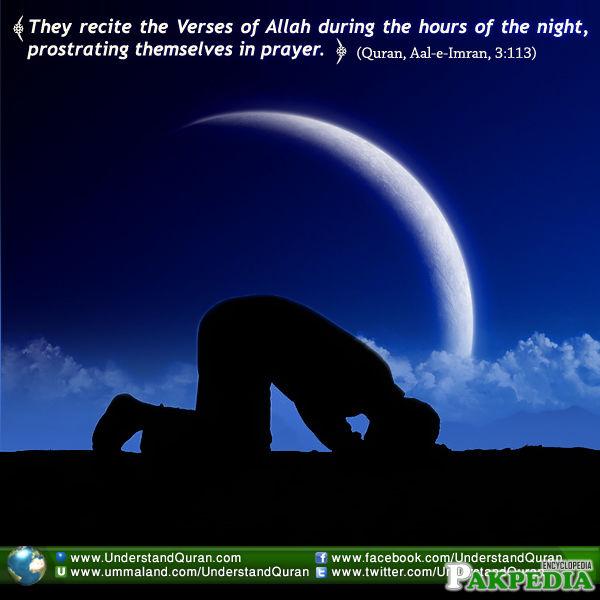 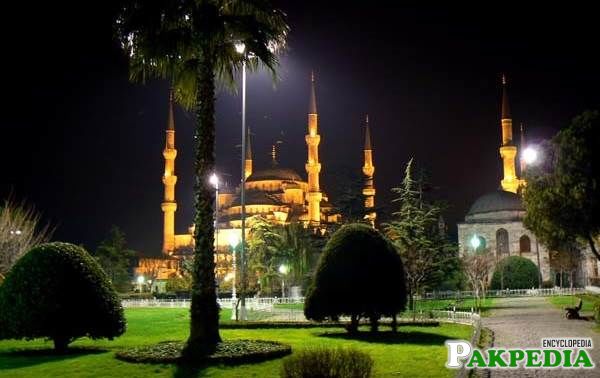 Laylatul-Qadr (Arabic: لیلة القدر‎), The Night of Power, is the holiest night in the Islamic calendar. Muslims believe that on this night, the Quran was sent down from the heaven to the Earth. The exact date of this night is unknown, but occurs on one of the last ten odd nights of Ramadan (21st, 23rd, 25th, 27th, or 29th). According to Islamic tradition, Muslims who stay up on this holy night worshipping God will have all their sins forgiven. Furthermore, they will be granted as many good deeds as though they had worshipped continuously for one thousand months (83.3 years) [2] Laylatul Qadar History 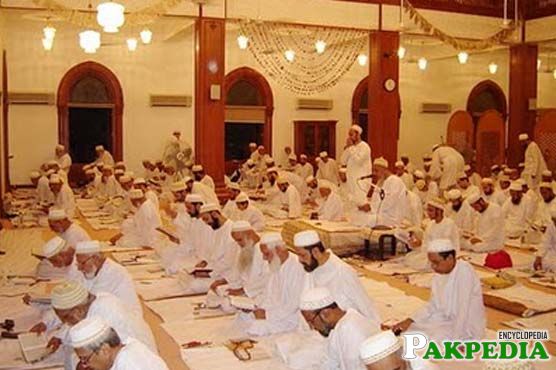 Laylat al Qadr marks the time when the Koran’s first verses were revealed to the Islamic prophet Muhammed. It is also believed that this night marks their fate in the following year. Therefore, many Muslims pray in the night to God for mercy, forgiveness, and salvation. This practice is also called Ehyaa. This "Night of Power" is considered the most appropriate time of the entire year to pray for salvation and blessings. It is believed that a Muslim’s past sins are forgiven if the person prays throughout this night. Many people assemble at mosques during the Isha’ prayer, with many prayers being made until midnight. [4] Do People

Laylat al-Qadr is not a federal public holiday in the United States. However, many Islamic organizations and businesses may alter their opening hours and there may be some congestion around mosques, particularly in the evening and at night.

Laylat al Qadr commemorates the night in 610 CE when Allah revealed the Koran (Islamic holy book) to the prophet Muhammad. The angel Gabriel first spoke to the prophet during that time, which marked the beginning of Muhammed’s mission. These revelations continued throughout the remainder of his life, according to Islamic belief. Children begin studying the Koran from an early age and they celebrate the moment when they have read all the chapters for the first time. Many adults try to memorize the Koran. The common belief that this day occurred on the 26th or 27th day of Ramadan has no Islamic base. It seems to have originated in Manichaeism where the death of Mani is celebrated on the 27th day of the fasting month. This day is also known as the Night of Power or the Night of Destiny. There is a difference of opinion about the date for Laylat al-Qadr but, in general, it is agreed that it is most likely to be in the last 10 nights of Ramadan, with the odd nights being more likely. Of the odd nights, the night of the 27th (which is the night before the 27th of Ramadan, as the Islamic day starts with nightfall) is most likely, according to many Muslim scholars. [5] Laylatul Qadar Background

“Haa-Meem. By the manifest Book (this Quran) that makes things clear. We sent it (this Quran) down on a blessed night . Verily, We are ever warning . Therein (that night) is decreed every matter of ordainments. As a Command (or this Quran or the Decree of every matter) from Us. Verily, We are ever sending (the Messengers) (As) a mercy from your Lord. Verily, He is the All-Hearer, the All-Knower.” Ibn ‘Abbaas and others said: “Allah sent down the Quran at one time from al-Lawh al-Mahfooz to Bayt al-‘Izzah in the first heaven, then it was revealed to the Messenger of Allah (peace and blessings of Allah be upon him) in stages according to events over twenty-three years.” (Tafseer Ibn Katheer (529 / 4) [7] Revelation of Quran

Laylat Al Qadr is considered the holiest night of

The Israa and Miraj refer to, two parts of an mira