Khewra Salt Mines Situated at the foothills of the Salt Range, Khewra Salt Mines are the oldest in the salt mining history of the sub-continent. Salt occurs in the form of an irregular dome like structure. There are seven thick salt seams with cumulative thickness of about 150 meters. At places rock salt is 99% pure. Salt is transparent, white, pink, reddish to beef-color red. In certain horizons it is crystalline. Inside the mine there are beautiful alternate bands of red and white color salt. There are 18 working levels. Cumulative length of all drivages is more than 40 km. [1] oldest in the salt mining history 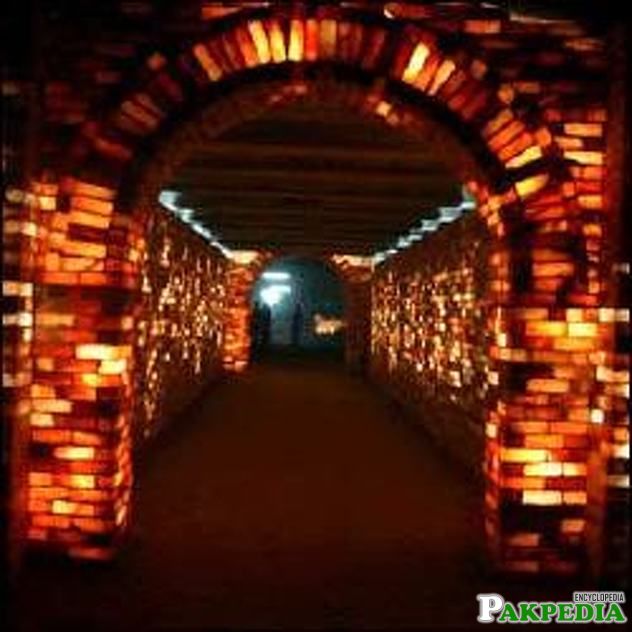 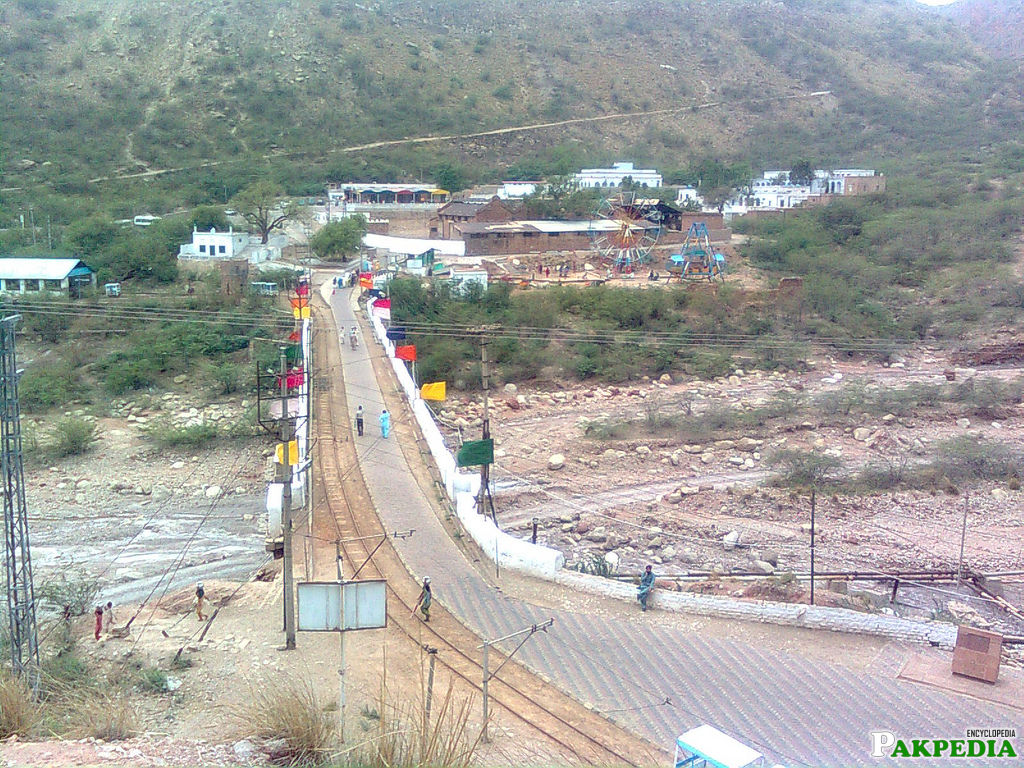 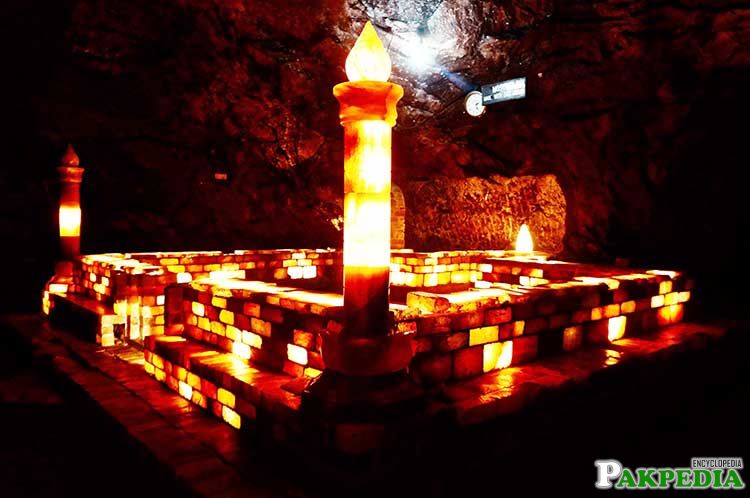 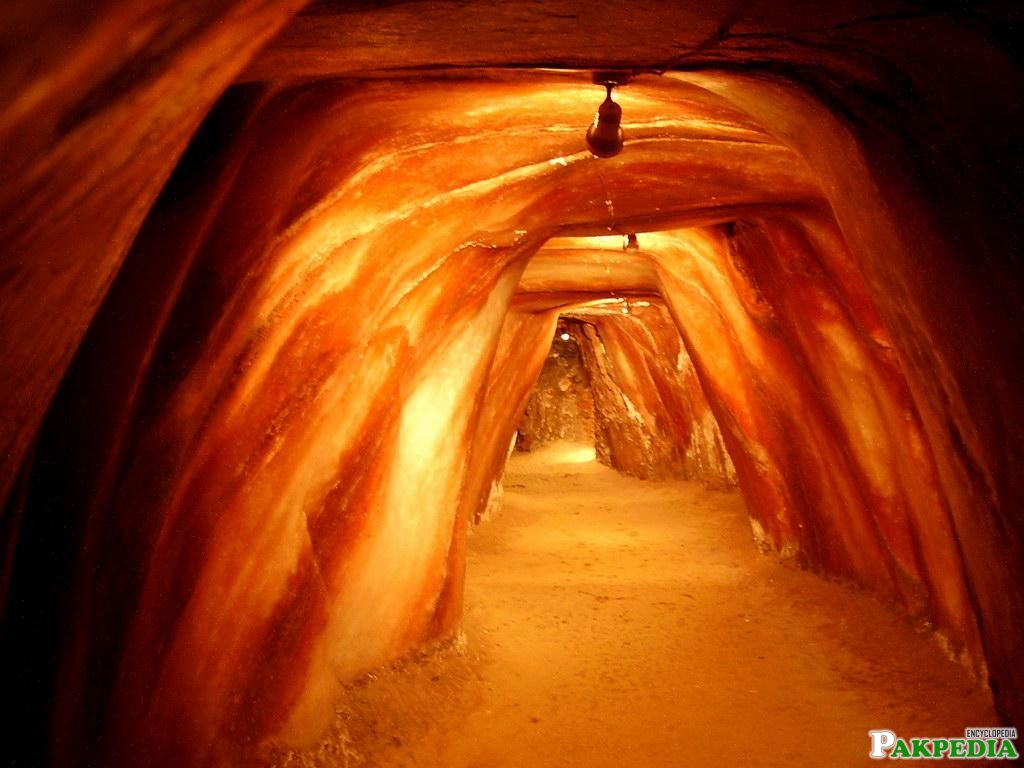 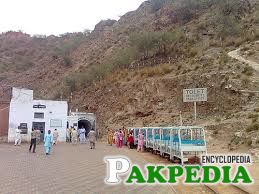 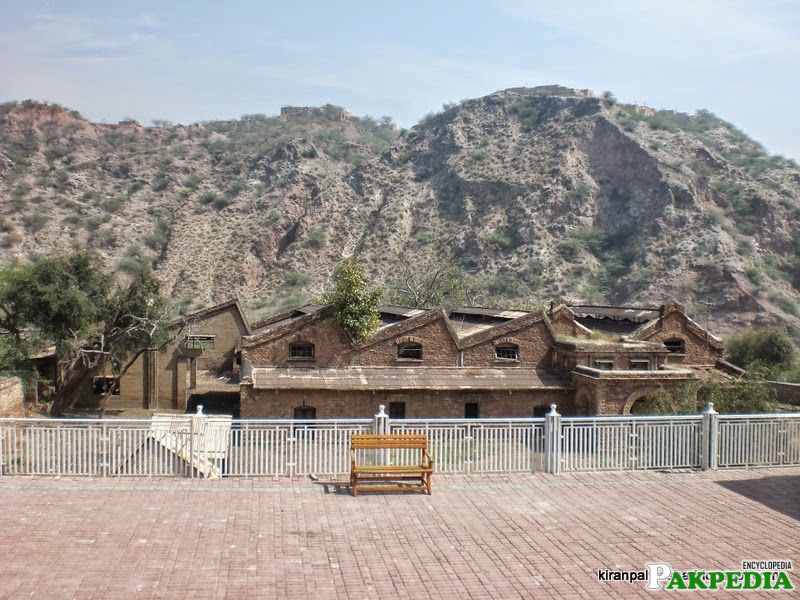 In 326 BC, Alexander the Great, the Greek King famous for conquering an empire ranging from Asia into Africa and Europe, was making his way across Pakistan. Stopping his army for a rest in the area now known as Khewra, Alexander’s horse began licking the stones on the ground. Seeing that all the horses were doing so and taking note, a soldier himself tried one and found that the rocks were quite salty. The Khewra salt deposits had been discovered.
Today, some 2330 years later, the Khewra salt mines are the second largest in the world  behind the Sifto Canada, Inc., salt mine in Goderich, Ontario  turning out 325,000 tons of salt per year, and an estimated 220 million tons over its lifetime. This is barely even a dent in the massive salt stores here, which are said to be 6.687 billion tons. Officially, salt mining wasn’t recorded until the 1200s under the Janjua-Raja tribe, but salt has probably been mined and traded here since Alexander’s time.
Covering an area of 110 sq. km, 228 meters or 748 feet deep (with 11 separate stories), the massive mine has over 40 kilometers of tunnels running some 730 meters, or nearly half a mile into the mountain under which the salt deposits are found. To keep the huge space from collapsing in on itself, only fifty percent of the salt found is mined; the other half serves as support columns to hold up the mine. With such a massive area, a large workforce, and the ease of carving and building with salt bricks, some interesting sights have been built within the salt mine. [2] Khewra Salt Mines 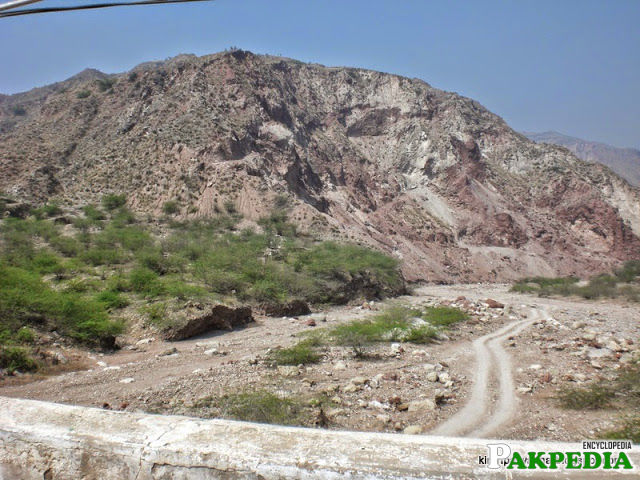 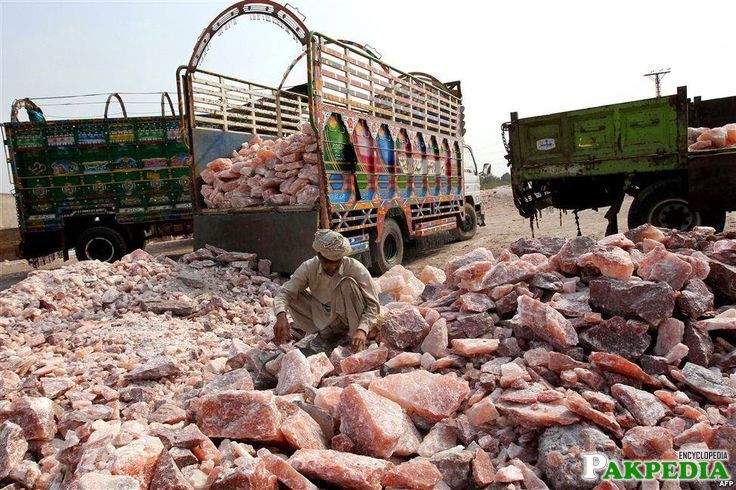 Within the Salt Range there is a dense clustering of historical sites and places ranging in date from the 4th c. when Alexander the Great fought his last battle with Raja Porus at the bank of Jehlum River, through the Hindu Shahi period, the Mughal Empire to the era of Sikh rule and the British Colonial occupation. Fortresses, monasteries and temple complexes such as Kafirkot and Malot (9th to 19th c.), Nandna, Tilla Jogian and the World Heritage site of Rohtas perch on high mountain platforms overlooking important passes through the Salt Range. Habitation sites and ancient centers of religious pilgrimage such as Katas Raj and Mari Indus, early Mughal sites such as Takht-e-Babri, the throne of Emperor Babar and his Bagh-e-Safa considered to be the first Mughal Garden in Asia, are found in Kallar Kahar in the middle of the Salt Range. Step wells, stone lined tanks, sacred ponds and banyans (Ficus indica) and groves spanning many periods are scattered across the landscape. However, the place which best illustrates the interplay between culture and nature, man and the geology of the Salt Range, is Khewra, one of the world’s richest salt deposits, where salt has been exploited for at least a thousand years. The Precambrian salt reserves at Khewra were known when Alexander the Great crossed the Jhelum and Mianwali region during his Indian campaign. During the Mughal era the salt was traded in various markets, as far away as Central Asia. On the downfall of the Mughal empire, the Khewra mine was taken over by Sikhs and then by the British who industriaized its running and it continues to function on a large scale today as a mine, research and tourism centre. [4] The Salt Range and Khewra Salt Mine 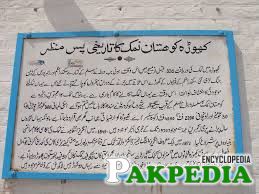 Owing to poor policies and managements from PTDC Floodwaters have entered in to the historical Khewra Salt Mines.
According to details owing to prevailing torrential rains across the country floodwaters reached to salt mines of Khewra and at the protest from tourists and visitors Mines-Administration closed the mines when two-feet waters entered from the entrance gate of the mine.
It is worth mentioning that PTDC has leased Gypsum-rocks on lease along Nullah Bhinder of Salt mines and floodwater from that nullah entered from gate no 4 and 9 into the saltmine.
The laborers of the salt mine also informed that exit-ways of accumulated water inside the mine have been closed and if the authorities concerned didn’t ensure immediate action, the salt-mine could be affected seriously. [6] Floodwaters enter Khewra Salt Mines