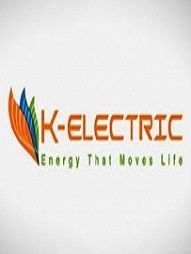 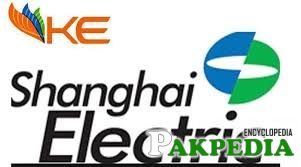 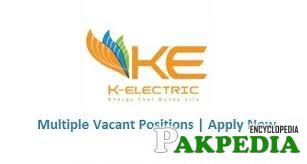 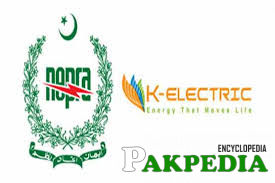 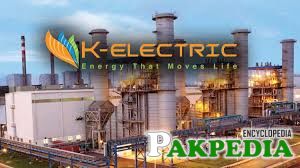 K-Electric was incorporated on 13 September 1913, under the now repealed Indian Companies Act, 1882 (currently Companies Ordinance, 1984). In 1952, the Government of Pakistan took control of the Company by acquiring majority shareholding of KESC. In 2005, the Government privatised K-Electric. In 2009, The Abraaj Capital, a leading private equity firm based in Dubai, bought the power utility for a significant equity stake in the company.[2]  Dawn News K  Electric Abraaj Group fully controls KE via the holding company, KES Power Limited which holds 72.58% of its shares. The company is in process of being taken-over by Shanghai Electric for $1.77 billion.

A century ago a company was formed to serve the power needs of a small port to 1933 - 1947: Phenomenal Consumer Growth The power needs of the country increased following independence phenomenal population growth and unplanned geographic expansion. Today, it represents a very complicated power utility system that energizes lives of over 23 million people; spread over 6,500 square km across Karachi & its adjoining areas such as ‘Uthal, Bela & Vinder’. In 1952, : Nationalization The Government of Pakistan (GoP) took control of the Company by acquiring majority shareholding of KE.

KE was a profit making utility but due to lack of vision, resource management, corruption, false practices, negligence, ignorance, political influence etc., it started to weaken the company rapidly.

In 1994, the declining health of KE, gave rise to the suggestion of transferring it into private hands. During the interim period between 1994 and 2005, Army management was instated at the state utility to stabilize the Company’s operational and financial health.

In the earlier part of 2009, Saudi Al-Jomaih, approached The Abraaj Group, a leading private equity firm in growth markets, with a proposal for a potential stake in KE. The deal was eventually finalised in May 2009 at a ticket price of $361 million for a significant equity stake in the Company, which granted Abraaj Group full management control. Abraaj Group brought in a professional management team with over 41 senior managers to immediately address the management affairs at KE. Currently, the team is headed by Chairman Tabish Gauhar and CEO Tayyab Tareen.

Investment profit and the turnaround 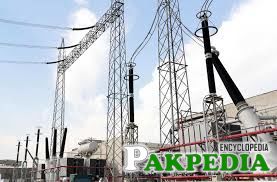 payment and established a system of online payment service in collaboration with 12 leading banks of the country, becoming the first power utility in Pakistan to bring the convenience of an integrated and round the clock online bill payment service. The banks are: Allied Bank, Burj Bank, Bank Al Habib, HBL, KASB Bank, MCB Bank, Standard Chartered bank, Summit Bank, Samba Bank, Soneri Bank and UBL. Customers can log on to www.ke.com.pk, the KE official website, anytime and from anywhere in the world, and pay by using their 13 digit account number. KE customers can also visit their own internet banking page and pay their power bills by entering their 13 digit KE account number. This convenient service saves them from waiting for the printed bill to arrive and physically visiting bank branches and standing in queues. Customers not familiar with online payment, have been offered other value added alternate payment facilities via Easy Paisa outlets, UBL Omni shops and NADRA offices by just presenting their 13 digit account number at a much wider distribution network of these institutions.

To reflect its renewed commitment to serve its vast consumer-base and instill its core resolve into its functions, the Company revamped its corporate identity changing its name, logo and tagline. The new identity, that entails 3 feathers that represent their primary function & ESG (Environmental, Social Governance) values, creates a perception of a robust organization dedicated to serve Karachi & hence Pakistan.

If you want to check Bill online then you should to Go on K Electric website. write there your Meter Number and you will get Duplicate bill. Now you can Pay These Bill Online through your Bank Account, Mobile credit or Credit card.

The Coca-Cola Company, which is headquartered in A

Six Sigma Entertainment is a Pakistani film and te

The designer during her long career has worked in