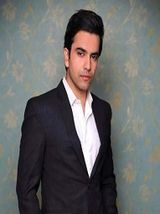 
Junaid Niazi Khan known as Junaid Khan is a good looking Pakistani Actor, Singer, and a songwriter who is associated with the Showbiz Industry for a long time. He is mainly known for his amazing performances in various drama serials. This article contains all the complete information about him, including Junaid Khan Biography and Junaid Khan Dramas. It wouldn’t be wrong to call this handsome a multi-talented man who has blessed with looks, talent and luck. He was fond of singing from a very young age, so he decided to make it his profession as he blessed with a perfect voice. After creating an entry in this glamour world as a singer, he decided to make his debut on a small-screen as an actor, and today he is one of the highly recommended actors of our industry.

He was born on 2nd November 1981 in Multan. Later he moved to Lahore from where he obtained his education. Currently, he is living in Karachi with his family.

He finished his primary education from grades 1 to 5 from Divisional Public School while he did his Matric from Ibne Sina College Defense. After completing his intermediate, he joined the Mining Engineering Department of UET Lahore for acquiring Engineering degree. Junaid holds the degree of Masters of Business Administration which he attained from Imperial College, Lahore.

He was born in Pashtun descent family. His mother is a gold medalist in Fine Arts that motivated him to become an actor. He got hitched a few years ago and blessed with a son and a daughter.

He made his small-screen debut as an actor in 2011 in drama serial ‘Dil ki Lagi’. Afterwards, he was seen in many serials to be it positive or negative. He gave his best performances throughout all these years. A few of his dramas include ‘Madiha Malha’ starring Urwa Hocane and Zhalay Sarhadi. ‘Mata e Jaan Hai Tu’ starring Adeel Hussain, Sarwat Gillani and Sanam Saeed. ‘Sun Yara’ opposite Hira Mani, Zarnish Khan and Asim Mehmood. ‘Yaarian’ with Ayeza Khan, Momal Sheikh and Muneeb butt and many other serials.