Jehlum River or Jhelum River  is the largest and most western of the five rivers of Punjab, and passes through Jhelum District. It is a tributary of the Indus River. The waters of the Jhelum are allocated to Pakistan under the terms of the Indus Waters Treaty.[1] sikhiwiki – org The river Jhelum rises from north-eastern Jammu and Kashmir and is fed by glaciers, and then passes through the Srinagar district. At the city of Srinagar, the serpentine Jhelum, along with the lake Dal which lies in its course, presents a very picturesque site. The Kishenganga(Neelum)River, the largest tributary of the Jhelum, joins it near Muzaffarabad, as does the next largest, the Kunhar River of the Kaghan valley. It is then joined by the Poonch river, and flows into the Mangla Dam reservoir in the district of Mirpur.[2] Jhehlam River – About 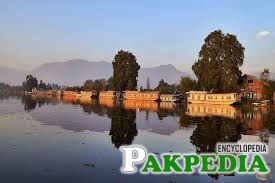 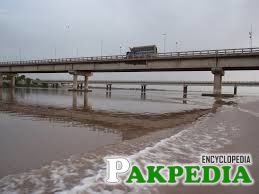 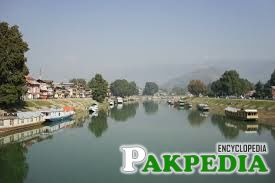 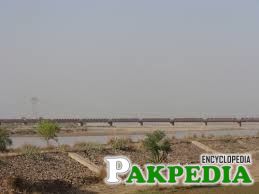 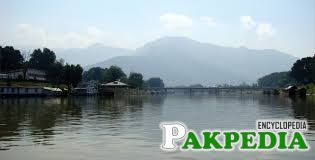 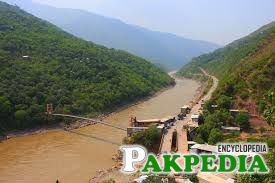 The river Jhelum is called Vitastā in the Rigveda and Hydaspes by the ancient Greeks. The Vitasta  is mentioned as one of the major rivers by the holy scriptures — the Rigveda. It has been speculated that the Vitastā must have been one of the seven rivers (sapta-sindhu) mentioned so many times in the Rigveda. The name survives in the Kashmiri name for this river as Vyeth. According to the major religious work Srimad Bhagavatam, the Vitastā is one of the many transcendental rivers flowing through land of Bharata, or ancient India.[3] www.dawn – com The river was regarded as a god by the ancient Greeks, as were most mountains and streams; the poet Nonnus in the Dionysiaca (section 26, line 350) makes the Hydaspes a titan-descended god, the son of the sea-god Thaumas and the cloud-goddess Elektra. He was the brother of Iris, the goddess of the rainbow, and half-brother to the Harpies, the snatching winds. Since the river is in a country foreign to the ancient Greeks, it is not clear whether they named the river after the god, or whether the god Hydaspes was named after the river. Alexander the Great and his army crossed the Jhelum in BC 326 at the Battle of the Hydaspes River where he defeated the Indian king, Porus. According to Arrian (Anabasis, 29), he built a city “on the spot whence he started to cross the river Hydaspes”, which he named Bukephala (or Bucephala) to honour his famous horse Bukephalus or Bucephalus which was buried in Jalalpur Sharif. It is thought that ancient Bukephala was near the site of modern Jhelum City. According to a historian of Gujrat district, Mansoor Behzad Butt, Bukephalus was buried in Jalalpur Sharif, but the people of Mandi Bahauddin, a district close to Jehlum, believed that their tehsil Phalia was named after Bucephalus, Alexander’s dead horse. They say that the name Phalia was the distortion of the word Bucephala. The waters of the Jhelum are allocated to Pakistan under the terms of the Indus Waters Treaty. India is working on a hydropower project on a tributary of Jhelum river to establish first-use rights on the river water over Pakistan as per the Indus waters Treaty.[4] hydroelectric – project

Water control structures are being built as a result of the Indus Basin Project, including the following:

The river Jhelum rises from Verinag Spring situated at the foot of the Pir Panjal in the south-eastern part of the valley of Kashmir. It flows through Srinagar and the Wular lake before entering Pakistan through a deep narrow gorge. The Neelum River, the largest tributary of the Jhelum, joins it, at Domel Muzaffarabad, as does the next largest, the Kunhar River of the Kaghan valley.[5] Course of – River It also connects with rest of Pakistan and Pakistani Kashmir on Kohala Bridge east of Circle Bakote. It is then joined by the Poonch river, and flows into the Mangla Dam reservoir in the district of Mirpur. The Jhelum enters the Punjab in the Jhelum District. From there, it flows through the plains of Pakistan’s Punjab, forming the boundary between the Chaj and Sindh Sagar Doabs. It ends in a confluence with the Chenab at Trimmu in District Jhang. The Chenab merges with the Sutlej to form the Panjnad River which joins the Indus River at Mithankot.[6] wikimapia – org