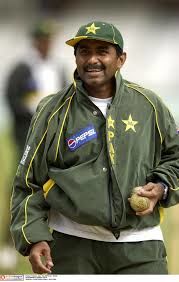 Mohammad Javed Miandad (Urdu:Ù…Ø­Ù…Ø¯ Ø¬Ø§ÙˆÛŒØ¯ Ù…ÛŒØ§Ù†Ø¯Ø§Ø¯; born 12 June 1957), is a former Pakistani cricketer who played between 1975 and 1996. Noted for his unique technique and impressive control, Miandad has won accolades and applause from cricket historians as well as contemporaries. ESPNcricinfo described him as "the greatest batsman Pakistan has ever produced" Â and his contemporary Ian Chappell extolled him as one of the finest batsmen in the history of cricket. Miandad was ranked 44th among the best cricketers of all time by the ESPN Legends of Cricket. He has served as a captain of the Pakistan team. He is widely known for his historic last ball big six against India in 1986, when 4 runs were required to win, winning an international game in that fashion for the first time, and for his contribution with the bat in the 1992 ICC World Cup. After his playing career, he has remained the coach of Pakistan cricket team at various occasions, as well as held positions in the Pakistan Cricket Board. He had three coaching stints with the Pakistan national team.[1] they called 'Mum & Dad'- espncricinfo 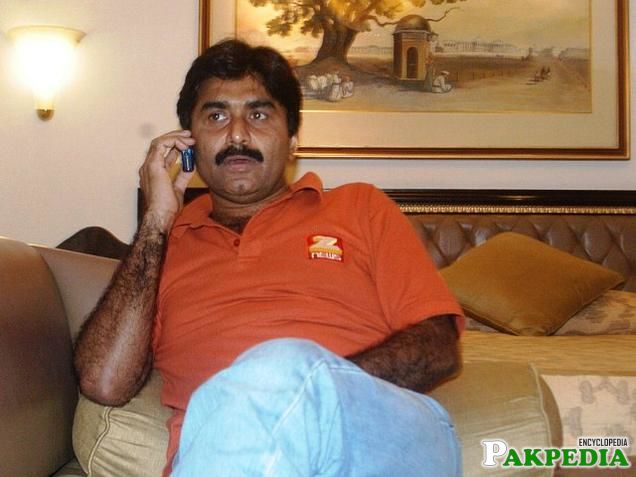 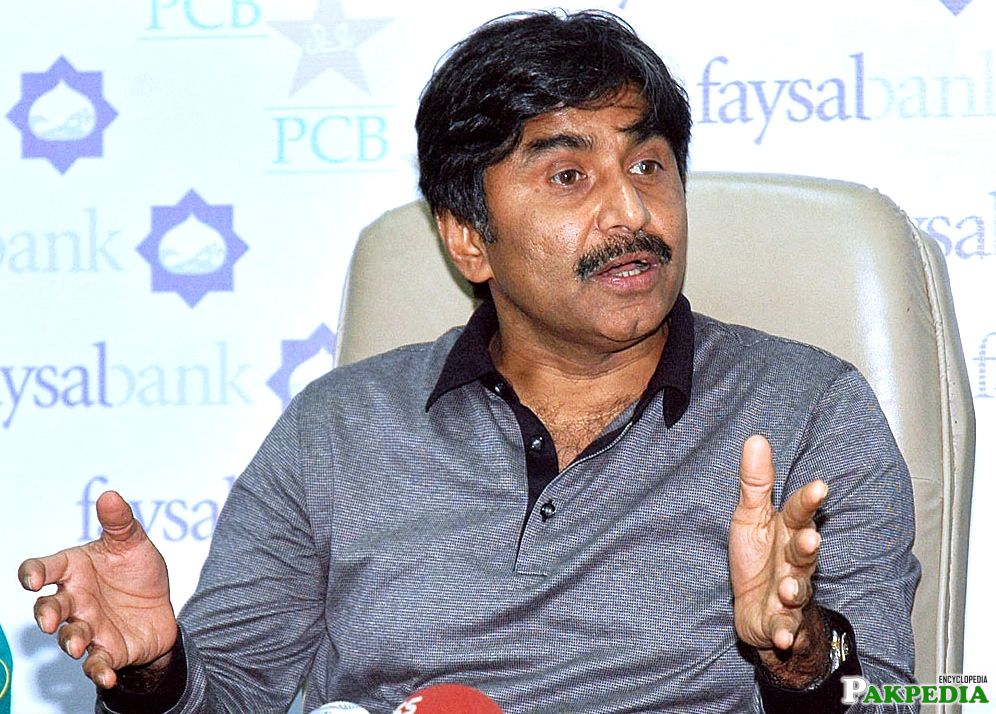 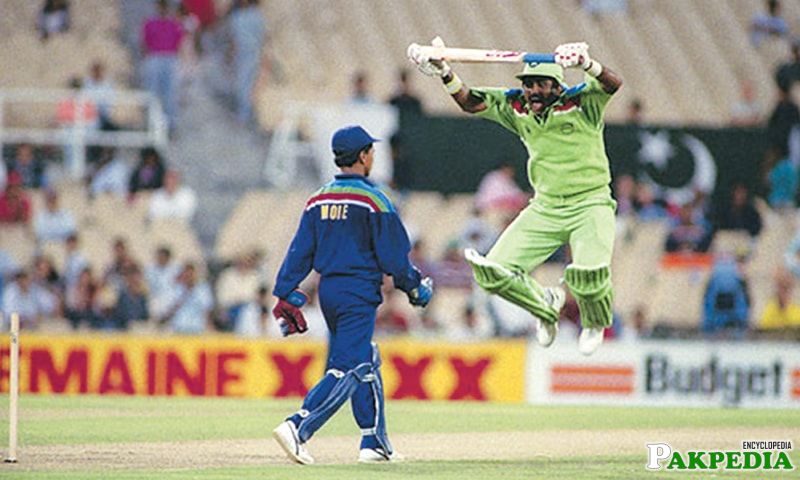 Miandad, born on June 12, 1957, had keen interest in cricket from a young age. He even agreed to field in games played at the Muslim Gymkhana for Rs 50. His father also worked for Karachi Cricket Association (KCA) which helped him to gain knowledge from top cricketers. There is a story of how Miandad while playing for Karachi against a rival club side had asked the manager of the team to send him into bat with 18 runs required off a mere three balls. The manager agreed, with the batsman in the middle retiring out. Remember, the batsman who was forced to retire out was none other than the captain of the set-up! Miandad, with boyish adventurism, went on to clobber three sixes. 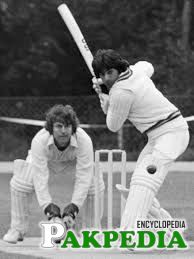 Miandad's raw talent made it possible and he became an integral part of Pakistan's strong batting line. He made his Test debut against New Zealand at the Gaddafi Stadium, Lahore on 9 October 1976. He scored 163 and 25 not out in that match, and became the youngest batsman to score a century on debut, at the age of 19 years and 119 days; he also took a wicket in the match and Pakistan won the match by six wickets. In the third match of the same series, he scored a double century 206 runs at the National Stadium, Karachi. He broke George Headley's 47-year-old record, and became the youngest player aged 19 years and 140 days to score a double-century.He scored 85 runs in the second innings, failing to accomplish the unique feat of scoring a double-century and a century in a single match.Miandad was the highest run-scorer of the series, with 504 runs from five innings at the average of 126.00.[2] New Zealand in Pakistan- Test Series . He completed his first 1,000 Test runs at the age of 21 years and 126 days; he took 23 innings and 14 matches to achieve the feat Â the second youngest batsman after Kapil Dev to do so.In the same series, by scoring another century at the National Stadium, he accumulated 357 runs from five innings at the average of 178.50, and ensured Pakistan's victory 2-0.In the same season, Miandad played three matches in New Zealand, and accumulated 297 runs against them at the average of 99.00. Being the highest run-scorer of the series, he also scored 160 not out at the Lancaster Park, Christchurch.

Success in the early

In the same season, Miandad was appointed as Pakistan's captain for the first time, against the touring Australia. He scored 181 runs at the average over 60 in the series, including 106 runs not out at the Iqbal Stadium, Faisalabad, and Pakistan won the three-match series 1-0. In the solitary series of the 1980-81 at home, against the West Indies, Miandad scored 230 runs at the average of 32.85. He scored 60 of the 128 runs in the Pakistan's first innings of the third Test match, after they were 14 runs for four wickets. In the 1981-82, during the Pakistan's tour of Australia, Miandad captained the Pakistan team in three Test maches. During the first Test at Perth, he was involved in an unpleasant controversy with Dennis Lillee, where the two players came into contact after Lillee blocked Miandad's way while he was taking a single.Pakistan lost the first two matches of the series, but they won the third Test at Malbourne by an innings and 82 runs, and finished the series 2-1. Miandad batted consistently throughout the series, but could not get support from his team-mates as a captain. He scored 205 runs from five innings at the average of 41.00, including two half-centuries.In the home series of the same season against Sri Lanka, he captained the team in three Tests, although the players refused to play under his captaincy following the Lillee-Miandad controversy. Pakistan won the series by 2-0, with Miadad scoring 176 at the average over 35, including 92 runs at the National Stadium.After the refusal of senior players to play under Miandad captaincy, Imran Khan was appointed as a new captain for the 1982 England tour; Khan was leading the team for the first time. Pakistan lost the three-Test match series 2-1, with Miandad scoring 178 runs at the average of 35.60. In his next series against the touring Australia, he scored his eighth century138 runs in the third Test at the Gaddafi Stadium, and ensured Pakistan's third successive win in the series. On his performance in the series, the cricket almanack Wisden noted that he "grew further in stature as an international batsman, his youthful audacity now being supplanted by a technical competence and insatiable appetite for runs.[3] Wisden Â  The Australians in Pakistan

During the Pakistan tour to England, he scored 153 not out in the first Test at Edgbaston, Birmingham. From then to his retirement he scored 578 runs, without scoring a century, at the average of 32.11 in 11 Tests. He made only four half-centuries during that period. Miandad played 124 Test matches, batting in 189 innings. His aggregate of 8,832 Test runs was a Pakistani record until Younis Khan broke it in 2015Inzamam ul Haq also came close to breaking this record just falling short by 4 runs . Even though his test career spanned 17 years, he failed to make it into the top-most category of batsmen with test aggregates of over 10,000 runs. Miandad's 23 centuries and 43 fifties were Pakistani national records, until they were broken by Inzamam-ul-Haq. Miandad's Test career batting average of 52.57 is currently the highest for Pakistani batsmen. He scored six double centuries which is the most by a Pakistani and 6th overall. He has honour of became the first batsman in the history of test cricket to scoring centuries in both 1st and 100th test (against New Zealand and India respectively). He made his highest score of 280 not out against India.Pakistan went on to win that match by an innings and 119 runs.[4] India tour of Pakistan- cricinfo 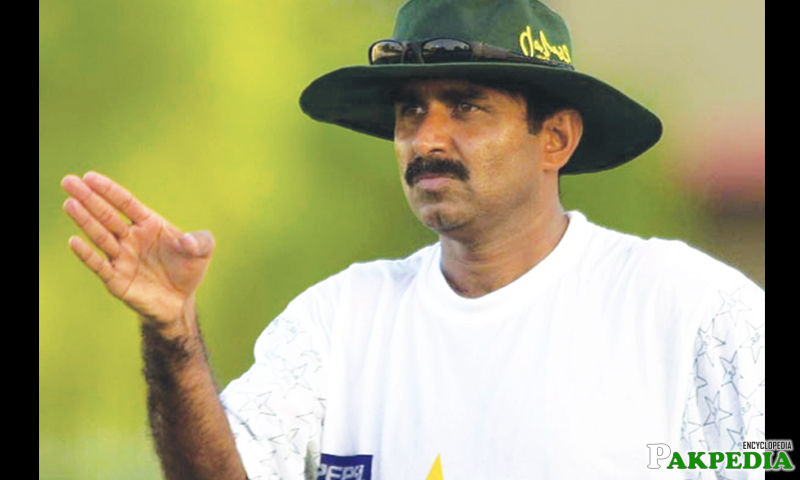 Javed Miandad is a Great Coach

Miandad is one of the only individuals to have coached the Pakistan Cricket Team three times. He was first appointed coach in September 1998. Under his reign Pakistan defeated India in India (once in the Test series which ended 1-1, and once in the Asian Test Championship), won the tri-series in India, won the Asian Test Championship and won the 1999 Sharjah Cup in April. Strangely, Miandad faxed his resignation to the PCB in late April 1999, just before the 1999 Cricket World Cup. The reason for his first resignation was unknown. Many cited hiring of Richard Pybus (technical coach) and Sarfaraz Nawaz (bowling coach) as a possible reason. Others suggested unrest with senior players.In 2000, after Moin Khan took over captaincy from Saeed Anwar, Miandad was reappointed as the coach. During his second reign, Pakistan won the Sharjah Cup (March 2000), the West Indies tri-series and the test series in Sri Lanka. Pakistan lost the ICC Champions Trophy semifinal under his reign. Miandad was removed along with Moin Khan in April 2001 after Pakistan lost the ODI series in New Zealand. There were also reports of match fixing during the preceding Test series which Pakistan drew after losing the third game.After Pakistan's dismal show in the 2003 Cricket World Cup, another cleanup operation was undertaken by the PCB, naming Rashid Latif as captain and Javed Miandad as team coach in March 2003. During this reign, Miandad won Pakistan the Sharjah Cup (April 2003) bereft of big names like Inzamam and Yousaf. Pakistan won the home test series against South Africaafter losing 3-2 in the ODI series. Pakistan lost the home ODI series to India in 2004 and following the loss of the test series, Miandad was shown the door in June 2004, being replaced by South African Bob Woolmer.[5] Miandad as Pakistan coach- abc.net
Disclaimer: As an encyclopedia, pakpedia.pk's articles contains shared information which has collected from different sources and people. We welcome everyone for corrections and updates, Thank you.

Zulfiqar Babar is the classic example of a talente