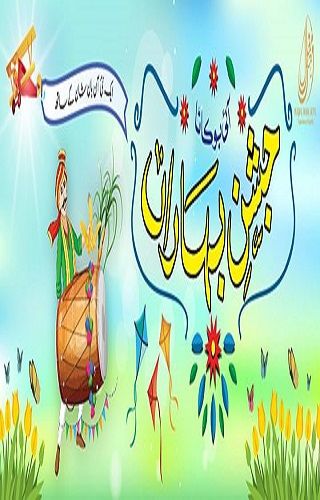 
Basant is the festival full of joy and enjoyment. It is celebrated on national level in Pakistan. Basant festival celebrated on the arrival of spring. The celebration of spring known as 'Jasn-e-baharan' in Urdu, are carried in the entire country for almost a month of February.Basant, in particular, is celebrated in Punjab. Although, traditionally it was a festival confined to the old-walled city but now it has spread all through out the city. Other cities in which Basant is mainly celebrated are Karachi, Hyderabad, Faislabad, Sialkot and Rawalpindi/ Islamabad,Quetta etc.The girls and boys wear yellow dress and dance on the beat of Dhole that's called Bhangra, exchanging gifts which express their love for each other through different ways.The night before and on the day of this fabulous festival, the sky is covered with all kinds of beautiful large and small kites that decorate the sky in a glorious and pleasing day. It looks like some professional painter has painted the sky with beautiful colors.In basant festival kites are of medium size normally from 1 to 4 feet in diameter. Kites are usually made of papers, made especially for this purpose. They are of different shapes and so identified by diverse names as “Tukal”, “Parri”, “Dookhal”, “Pan”, “Lepo”, and “Rocket”, “Parpharata” etc. The kite is tied with unique thread called “Doore”. Doore is the most important thing in kite flying and many precautions are taken to prepare it.Thread for Doore is locally prepared in Pakistan as it is also imported to other countries. Then Manja (a paste made of glue, color and finely crushed glasses mainly) is spread on the thread in an exclusive way which then becomes “DOORE”.[1] Basant festival jashn-e-baharan
There are thousand of tourists not only within country but also from outside the country that comes to enjoy this festival in Pakistan. Certain pressure groups strongly condemn basant festival. Many processions and protests are reported who are of the opinion that as every year million of dollars are spent on basant festival which if used in helping poor or in country welfare could be more productive. While on the other hand, other says that basant increases economic activity in the city boosting the city's hotel, food transport and others businesses as basant attracts people from around the corner who are willing to pay for whatever the city offers.
But even such a joyful festival has a darker side as well; hospitals are packed with kite flyers that fell off roofs and children who were hit by cars as they ran down the streets, their faces turned towards the sky to watch the kites.Quarters of the city are plunged into darkness when rozar-sharp kite cords rolled in powdered glass or made of steel cut electricity wires. Therefore, government has even announced the reward of 5000, for anyone who reports the usage of metal wire by anyone as “Dor”.
Basant Mela

Basant Mela is not only a kite‐flying event but also a cultural festival consisting of traditionalfood, colourful dresses and bangles, and dancing and music.[2] Basant jashne baharan  Mela  Yellow is the main colour of thisfestival as it depicts the blossoming spring flowers and the yellow mustard fields of Punjab (aprovince of Pakistan of which Lahore is the capital). The men wear yellow scarves and theladies wear yellow, red, and golden clothes and put on bangles (gajras) made of freshflowers.The sky above Lahore is filled with colourful kites of various shapes and sizes. The people participate in kite‐flying competitions and are familiar with the usual Basant vocabulary suchas ‘Bo kata, Door, Pecha, Patang, Manja, and Guddi’.This is a festival of colours, lights, and traditional food. Special dishes are prepared in huge pots called deig, and this food is served free in the shops and restaurants along the sides of the road. The festival is an important part of the city’s culture, and the people of Lahore take pride in Basant. There are other cities in which Basant is also celebrated, such as Faisalabad,Sialkot, Gujranwala, Jehlum, and Rawalpindi.  But it is Lahore which made the festival sopopular, not only in Pakistan but all over the world. [3] Basant Mela
Dresses for Basant 2017


There are many other designers which are famous for seasonal collection and they introduce the best quality of dresses designs for girls and boys. Pakistan has huge fashion industry and they have always brand new collection of dresses for different reasons. Some of the brands introduce Basant festival 2017 dresses for girls and boys and their dresses have beautiful designs, beautiful embroidery work on these dresses and eye-catching.[4] Dresses for Basant
Mela Chiraghan

Mela Chiraghan or Mela Shalamar (Festival of Lights) is a three-day annual festival to mark the urs (death anniversary) of the Punjabi Sufi poet and saint Shah Hussain. It takes place at the shrine of Shah Hussain in Baghbanpura, on the outskirts of Lahore, Pakistan, adjacent to the Shalimar Gardens. The festival used to take place in the Shalimar Gardens also, until President Ayub Khan ordered against it in 1958. The festival used to be the largest festival in the Punjab, but now comes second to Basant.
National Horse and Cattle Show

The show has been described as an eloquent expression of Pakistan's heritage and an authentic account of its agricultural and industrial achievement's. The fortress stadium, the venue of the show is thronged by active participants, foreign visitors and peoples who watch the festival with great enthusiasm, verve and aplomb. A large number of them are interested in watching and appreciating the best breeds of livestock. Many derive pleasure by watching other activities such as display parade of animals, dances by horses and camels, polo matches, dog shows and their races, vaudeville acts of stuntmen, mass display of military band, rhythmically physical exercise by the children, decorated industrial floats and torch light tattoo shows. Additional attractions include a subtle interplay of lights to weave enticing patterns at night and breath taking acts by foreign groups. The show began as a modest exhibition organized by the army to project the cattle wealth of the country in the early fifties.

Today it is an international event to which come dignitaries from abroad and visitors and foreign tourists. The organizing committee comprises representatives of a number of agencies including army, rangers, LMC schools, the police, industrialists and the art councils

LAHORE - While Jashan-e-Baharan celebrations are starting in less than 20 days, the chances of 48-hour Basant festival in Lahore are diminishing with every passing day.
As it is unclear yet whether Basant will be part of spring festivities or not, manufacturers, traders and kite lovers are getting no response from the authorities, neither in affirmative nor in negative.Though senior officers at Metropolitan Corporation Lahore (MCL) and Deputy Commissioner Office denied any development on the government side, the kite lovers are hoping against hope, saying reply in affirmative in next 2-3 days could still make Basant possible this spring.Only a month the Punjab government showed its intention of making kite flying part of Jashan-e-Baharan celebrations after almost a decade of ban. By constituting 11-member committee, which comprises top government officers and representatives of Kite Flying Association, the government plans for a Safe Basant.[5] Basant Hoping against hope
In December last year, the committee comprising Commissioner, Deputy Commissioner, CCPO, DIG Operations, LCCI member Nadeem Wain, President Kite Flying Association Sheikh Saleem and others, recommended ban on two wheelers for the proposed Basant days, use of ball instead of spindle for string, size of kite up to 1.5 tawa, ban on twine, chemical coated or thick chord for making Basant safe on February 18-19. However, these recommendations are still awaiting a nod from the Chief Minister Punjab for holding Basant on proposed days.
During the last month, Tourism Minister Rana Mashood Ahmed Khan also showed government intensions of allowing Basant this year.
Amidst all the efforts, unchecked kite flying every Sunday and rampant use of hazardous material has continued causing injuries to people on roads, especially those on two wheelers. Last Sunday, a four year old baby girl sustained injuries on neck due to a stray twine when she was on her way to home along with father in Harbanspura area.Such incidents and crackdown against hazardous kite flying are continued to make headlines, especially on Sundays.
These increasing incidents of fatal injuries to people on roads, especially kids, have put the government on back foot, decreasing possibilities of Basant this spring like the last 10 years.
“Such incidents have minimised chances of Basant this year. At present, no proposal of allowing kite flying for specific days is under consideration. At least 10-15 days are necessary for preparation like manufacturing of kites and related material. As such there is little or even no chance of Basant this year,” said a senior officer at Metropolitan Corporation Lahore.
Pakistan Kite Flying Association president Sheikh Saleem has said the high ups asked them to wait for a couple of days whenever they were approached for final decision on recommendations of the committee.“They (officers) are not clarifying the situation. They are neither giving the response in affirmative nor in the negative. The situation is persisting from the day the committee submitted recommendations for safe Basant. We don’t know what the thoughts in power corridors are,” he told The Nation.The government should allow Basant in next 2-3 days if it really wanted to make this part of spring celebration, he stressed. 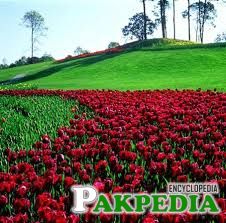 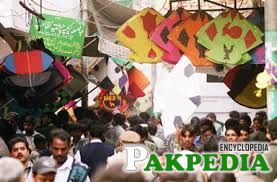 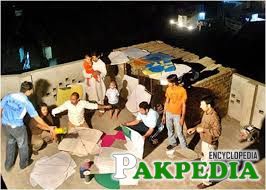 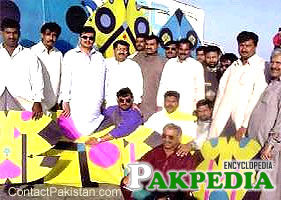 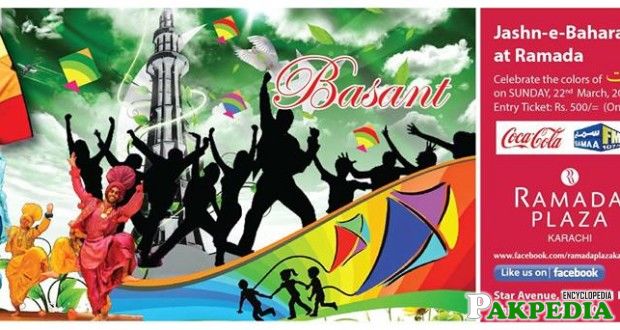 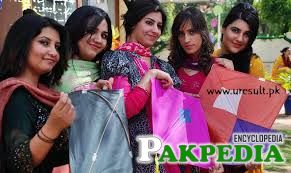 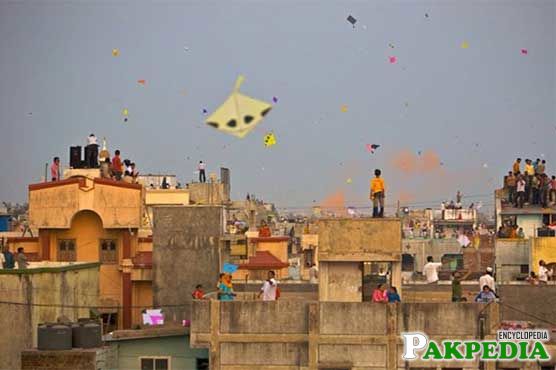 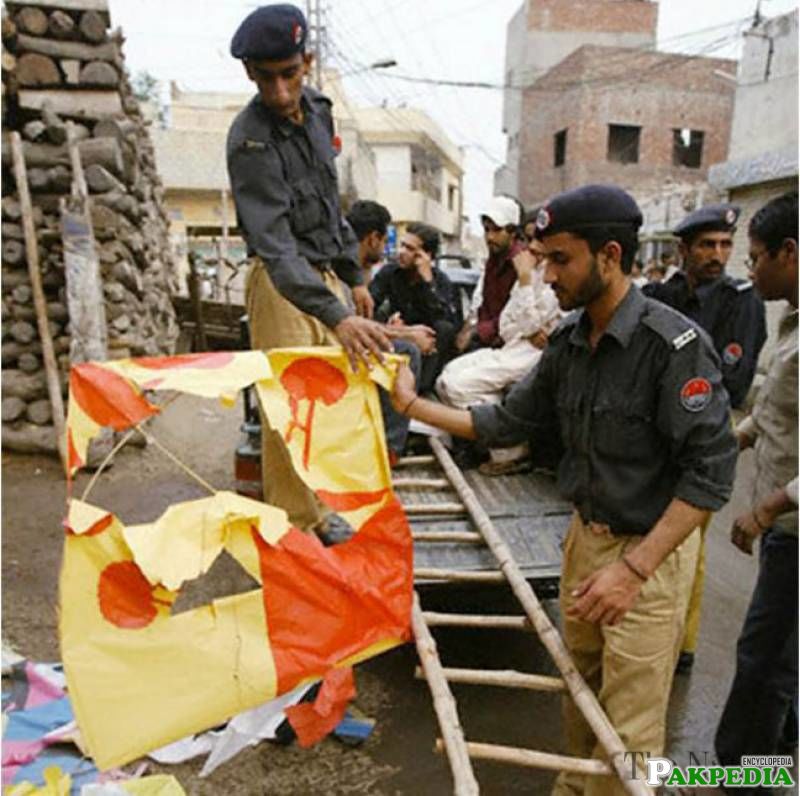 
Disclaimer: As an encyclopedia, pakpedia.pk's articles contains shared information which has collected from different sources and people. We welcome everyone for corrections and updates, Thank you.

Chand Raat or Moon’s night is a very special