South Asian history has no one beginning, no one chronology, no single plot or narrative. It is not a singular history, but rather many histories, with indefinite, contested origins and with countless separate trajectories that multiply as we learn more about the past. In recent decades, historys multiplicity, antiquity, and ambiguity have become more complicated as scholars have opened new perspectives on the past and made new discoveries. Having the issues of objectivity and subjectivity, the historians have embarked upon the mission of discovering the discursive and archeological answers to the question; what we know and how do we know about the history of this region of ancient civilization. To the east of Mesopotamia, beyond the Iranian plateau and the mountains of  Balochistan , the Asian continent projects sharply southward below the Himalayan mountain barrier to form the Indian subcontinent.[1] history – pak.com 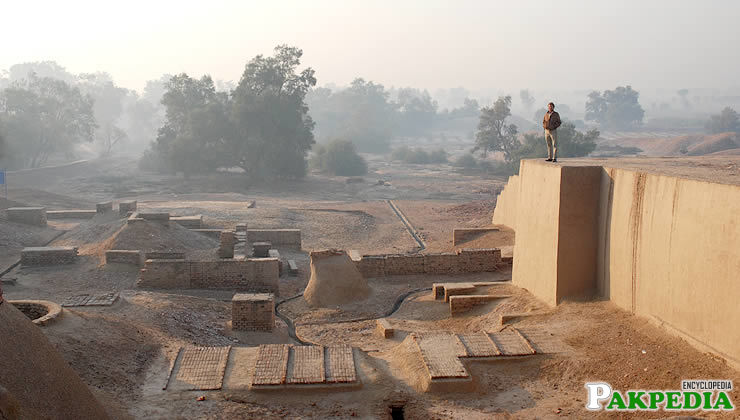 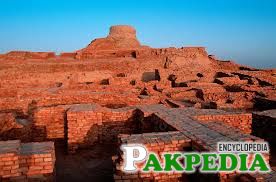 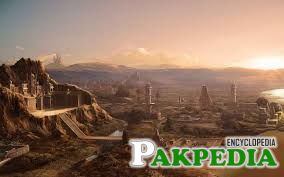 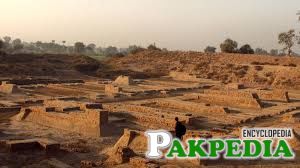 The earliest evidence of a settled, Neolithic way of life on the subcontinent comes from the foothills of  Sindh  and Baluchistan and dates to about 5500 B.C.E., with evidence of barley and wheat cultivation, baked brick dwellings, and, later, domestication of animals such as goats, sheep, and cows, and, after about 4000 B.C.E., metalworking. The subcontinents earliest literate, urban civilization arose in the valley of the Indus River sometime after 2600 B.C.E. and by about 2300 B.C.E. was trading with Mesopotamia. Known as the Indus valley culture (or the Harrapan civilization, after the archaeological site at which it was first recognized), it lasted only a few centuries and left many unanswered questions about its history and culture. The regions second identifiable civilization was of a different character. Dating to about 1500 B.C.E., it is known as the Vedic Aryan civilization after the nomadic Indo-European immigrant people, or Aryans, who founded it, and their holy texts, or Vedas. This civilization endured for nearly a thousand years without cities or writing, but its religious and social traditions commingled with older traditions in the subcontinent notably that of the Indus cultureto form the Indian civilization. Archaeologists discovered the existence of the Indus culture at the site of Harappa in the 1920s. Since then, some seventy cities, the largest being  Harappa  and  Mohenjo-Daro , have been identified over a vast area from the Himalayan foothills west and south on the coasts of the Arabian Sea. This urban civilization had bronze tools, writing, covered drainage systems, and a diversified social and economic organization. Because it disappeared before 1500 B.C.E. and its writing is still not deciphered, it remains the least understood of the early river valley civilizations. Archaeological evidence and inferences from later Indian life, however, allow us to reconstruct something of its highly developed and once thriving culture.[2] indus valley – history

Mehrgarh is a Neolithic (7000 BCE to c. 2500 BCE) site to the west of the  Indus River  valley, near the capital of the Kachi District in  Pakistan , on the Kacchi Plain of  Balochistan , near the Bolan Pass.[3] Stone age – drill According to Ahmad Hasan Dani, professor emeritus at Quaid-e-Azam University,  Islamabad , the discovery of Mehrgarh “changed the entire concept of the Indus civilisation There we have the whole sequence, right from the beginning of settled village life.”Mehrgarh is one of the earliest sites with evidence of farming and herding in South Asia. According to Parpola, the culture migrated into the Indus Valley and became the Indus Valley Civilisation.Mehrgarh was influenced by the Near Eastern Neolithic, with similarities between “domesticated wheat varieties, early phases of farming, pottery, other archaeological artefacts, some domesticated plants and herd animals.” Gallego Romero et al. (2011) notice that he earliest evidence of cattle herding in south Asia comes from the  Indus River  Valley site of Mehrgarh and is dated to 7,000 YBP.” 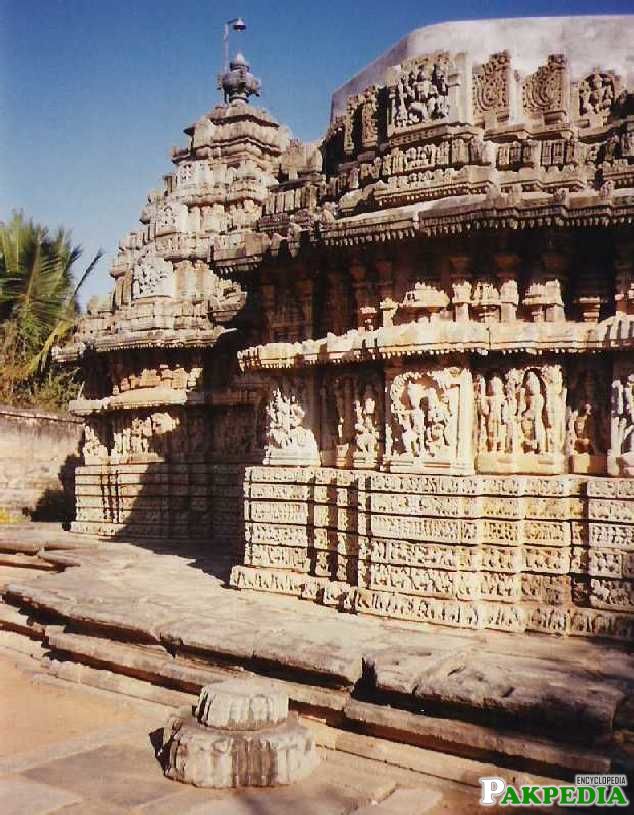 A sophisticated and technologically advanced urban culture is evident in the Indus Valley Civilisation making them the first urban centres in the region. The quality of municipal town planning suggests the knowledge of urban planning and efficient municipal governments which placed a high priority on hygiene, or, alternatively, accessibility to the means of religious ritual.As seen in  Harappa ,  Mohenjo-Daro  and the recently partially excavated Rakhigarhi, this urban plan included the world’s first known urban sanitation systems: see hydraulic engineering of the Indus Valley Civilisation. Within the city, individual homes or groups of homes obtained water from wells. From a room that appears to have been set aside for bathing, waste water was directed to covered drains, which lined the major streets. Houses opened only to inner courtyards and smaller lanes. The house-building in some villages in the region still resembles in some respects the house-building of the Harappans.The ancient Indus systems of sewerage and drainage that were developed and used in cities throughout the Indus region were far more advanced than any found in contemporary urban sites in the Middle East and even more efficient than those in many areas of Pakistan and India today. The advanced architecture of the Harappans is shown by their impressive dockyards, granaries, warehouses, brick platforms, and protective walls. The massive walls of Indus cities most likely protected the Harappans from floods and may have dissuaded military conflicts.[6] History Urban – Industrial

A number of gold, terracotta and stone figurines of girls in dancing poses reveal the presence of some dance form. These terracotta figurines included cows, bears, monkeys, and dogs. The animal depicted on a majority of seals at sites of the mature period has not been clearly identified. Part bull, part zebra, with a majestic horn, it has been a source of speculation. As yet, there is insufficient evidence to substantiate claims that the image had religious or cultic significance, but the prevalence of the image raises the question of whether or not the animals in images of the IVC are religious symbols.[7] New York – Press Many crafts including, “shell working, ceramics, and agate and glazed steatite bead making” were practised and the pieces were used in the making of necklaces, bangles, and other ornaments from all phases of Harappan culture. Some of these crafts are still practised in the subcontinent today. Some make-up and toiletry items (a special kind of combs (kakai), the use of collyrium and a special three-in-one toiletry gadget) that were found in Harappan contexts still have similar counterparts in modern India. Terracotta female figurines were found (ca. 2800 2600 BCE) which had red colour applied to the “manga” (line of partition of the hair).

The Indus civilisation’s economy appears to have depended significantly on trade, which was facilitated by major advances in transport technology. The IVC may have been the first civilisation to use wheeled transport.[8] Hasenpflug – Rainer These advances may have included bullock carts that are identical to those seen throughout South Asia today, as well as boats. Most of these boats were probably small, flat-bottomed craft, perhaps driven by sail, similar to those one can see on the Indus River today; however, there is secondary evidence of sea-going craft. Archaeologists have discovered a massive, dredged canal and what they regard as a docking facility at the coastal city of Lothal in western India (Gujarat state). An extensive canal network, used for irrigation, has however also been discovered by H.-P. Francfort.During 4300 3200 BCE of the chalcolithic period (copper age), the Indus Valley Civilisation area shows ceramic similarities with southern Turkmenistan and northern Iran which suggest considerable mobility and trade. During the Early Harappan period (about 3200 2600 BCE), similarities in pottery, seals, figurines, ornaments, etc. document intensive caravan trade with Central Asia and the Iranian plateau.Several coastal settlements like Sotkagen-dor (astride Dasht River, north of Jiwani), Sokhta Koh (astride Shadi River, north of Pasni), and Balakot (near Sonmiani) in  Pakistan  along with Lothal in western India, testify to their role as Harappan trading outposts. Shallow harbours located at the estuaries of rivers opening into the sea allowed brisk maritime trade with Mesopotamian cities.