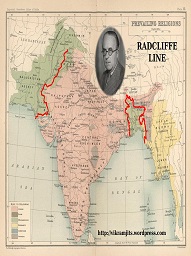 In the voting which followed the 3 June plan, the Bengal Assembly voted on 20 June for partition, followed by the Punjab with a similar result on 23 June. On 26 June, Sindh voted for Pakistan and in Balochistan, a Jirga, or tribal assembly, was held which arrived at the same decision. A referendum was held in the North West Frontier Province from 6 to 17 July. A majority in the Frontier voted for Pakistan, in spite of the fact that a Congress supported ministry was in power. Each territory which became a part of Pakistan had, therefore, voted positively in favour of joining the new state. 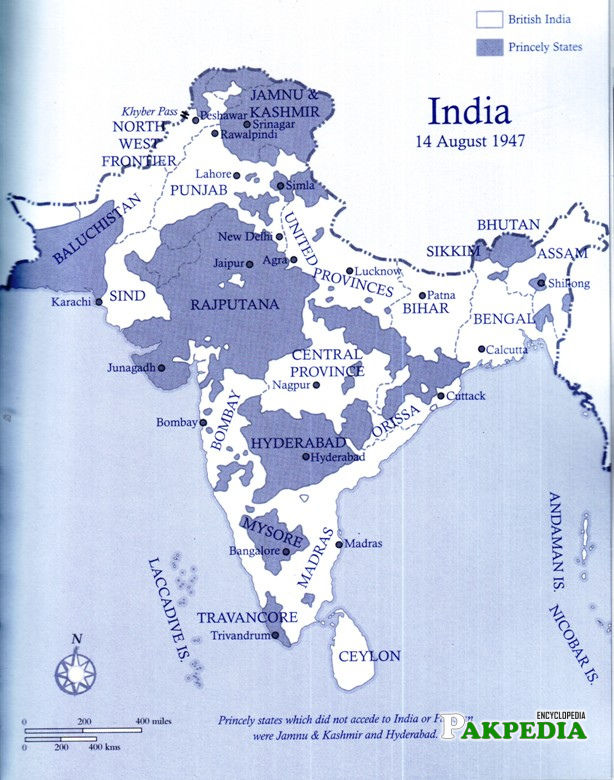 Map of india before Boundary award 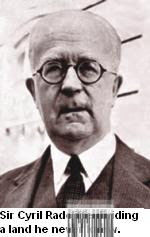 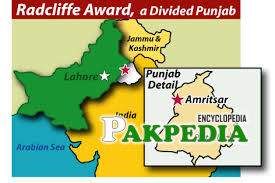 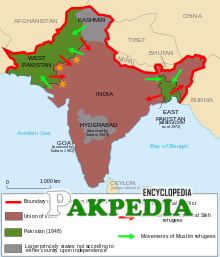 The British government now passed the Indian Independence Act on 15 July 1947. The Act ordered that from 15 August, two independent dominions be established by the names of India and Pakistan. These dominions were to have complete freedom to pass any act or bill they wished and the government of India Act 1935 was to be the Provisional constitution until replaced. Mountbatten appointed the Boundary Commission handed by Sir Cyril Radcliffe to demarcate the borders. The Boundary Commission would have four members, two nominated by the Muslim League and two by the Congress Party. Details hearings were held to determine the boundaries of East and West Punjab and Bengal. [1] radcliffe awards

The Boundary Award was announced on 16 August, two days after the state of Pakistan was created and one day after India became a nation. The change in this award was strongly suspected to have occurred as a result of pressure from Mountbatten.

However, as the Boundary Award was announced on 16 August  1947, once India and Pakistan had become independent, there was little point in complaining to the British. The new governor general of Pakistan, the Quaid-i-Azam, consoled his nation by telling them that although the awards were ‘wrong, unjust and perverse’, there was little choice but to bear the latest blow with courage and hope.

These events occurred simultaneously with the largest migration of people ever seen in history. Many countries would have collapsed under the strain but the vision and courage with which the Muslims won their homeland sustained them through these upheavals. In spite of all the disappointments, nothing could diminish the sheer scale of the Muslims community’s achievement: One of the world’s largest countries had come into being just seven years after the Muslims of sub-continent first demanded a separate homeland.