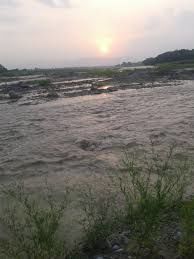 
Haripur is a city in Haripur District in the  Hazara  some 65 km(40mi) north of Islamabad and 35 km(22mi)south of  Abbottabad , in a hilly plain area at on altitude of 250mi(1,706ft). The city is situated on the Karakorum highway.(N35)[1] shah - blogspot.com Many castes and tribes are living at Haripur including the 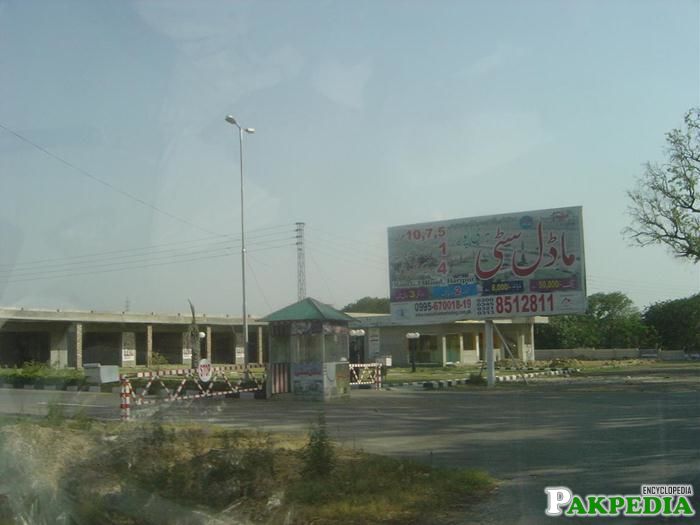 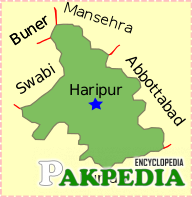 Haripur was founded by the Sikh general Hari Singh Nalwa in 1822 and became the headquarters of Hazara until 1853.[2] Dsal.uchicago - edu Hari Singh Nalwa was appointed by Maharaja Ranjit Singh as the second Nazim of Hazara after the first Nazim Amar Singh Majithia was killed by the local populace at Nara.[3] Tribuneindia.com - Retrieved Haripur was built as a fortress surrounded by a wall which was 4 yards (3.7 m) thick and 16 yards (15 m) high and had only four openings. That fort later became the city police station and local government offices.Drinking water was provided by digging a tank. Many small drainages were dug to carry sullage water. A small river, the river Dore, passes through the city, feeding the Tarbela Dam.An obelisk marks the grave of Colonel Canara, a European officer of the Sikh Artillery, who fell in 1848 defending his guns single-handed against the insurgents under Chattar Singh.[4] Imperial Gazetteer - India In 1851, the 4th (Hazara) Mountain Battery was raised at Haripur from Hazara gunners, who were trained by Majtt, a British officer and first deputy commissioner of  Hazara , in order to defend the district. The Hazaras embarked on many campaigns throughout the province.[5] King - emperor.com. The population in 1901 was 5,578 and the income and expenditure during the ten years ending 19023 averaged Rs. 17,800. In 1903-4 the income and expenditure were Rs. 19,100 and Rs. 20,000 respectively.

There are many factories of various sizes on the Hatar Industrial Estate including the most modern SSP Fertilizer unit (Double A Fertilizers), and the presence of these industries means the district plays an important role in national economic development. One of the most prominent industries in the Haripur district is known as Cactus Fertilizer (formerly Pak-China Fertilizers) which is the largest producer of phosphate fertilizer in Pakistan with an enormous production capacity of 500 tons a day.Haripur's role in the agricultural field is also important. The district provides fruit and vegetables not only to Peshawar but also to Islamabad and the  Punjab .[6] galaxytruthby - shah

Tandlianwala is a town in Punjab, Pakistan. It is

Hub (Urdu:حب) (also known as Hub Chowki) is the