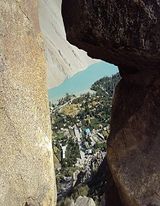 Gulmit is the region of Gilgit territory in the Gilgit Baltistan region of Pakistan. It is an old historic town with mountains, peaks and glaciers. Gulmit, meaning a nest amidst flowers would really live up to its definition as you will find on your visit. Gulmit is the most visited region of Gojal Upper Hunza Valley.
Gulmit is famous because it is the gateway to five valleys, Shimshal Valley, Chipursan Valley, Misgar Valley, Boibar Valley & Khunjerad. Adding more to the beauty of Gulmit, standing at the Northern end of the Valley, is Mountain Tupopdan . Inspired by its unique structural attributes tourists have promoted the peak by giving it new names, some call it “” Passu Cones”” and other “” Passu Cathedral” mount Tupopdan is the most photo graphed peak of the region. It is a Valley of nine colours Mountains surrounding in its unique images. it has a unique place on the world map. with a rich history and deep rooted culture.

Fascinating land with an amazing diversity of places, people and customs, Gulmit is the mixing bowl of ancient civilization and dream of nature lovers, is well known about its extraordinary contrast of landscapes of the world. Gulmit is one of the beautifull valley of Pakistan. From times, immemorial the valley has been promising mountainous resort. Situated in the spectacular karakoram mountains on the old silk route about 140 kms from Gilgit, 45 kms from Karimabad Hunza and 136 kms from Khunjerab pass the Chinese border in the west banks of upper Hunza river and border on China. It invites to its breath taking surrounding many adventurers, eco tourism, historians and nature lovers. This famous valley, its towering peaks ever flowing streams its hospitable people make it a place worth visiting. Gulmit is considered the worlds heights landmass, where there is nothing is below 2500 metters. Gulmit is surrounded by some of the world most famous peaks, glaciers and lakes suches as Shisper peak,7611 meters, Gulmit Tower 5810 meters Passu Catherdal, Passu Cones 6106 meters  the most remarkable is mount. [1] Gulmit, meaning a nest amidst flowers The fort is a historical entity of the wakhi ruler of the state, one of numerous opponent states in northern Pakistan at the instance of its structure. Its impressive beauty was a mainly symbolic message to surrounding villages that the area was a higher, influential and clever people.
Historically (according to the local people of Gulmit) this fort is supposed to have been built by Qutlugh in the 16th century. He was the foremost local ruler who established his rule in gulmit intimidating the mirs of hunza. Previous to him, Gulmit was under the control of Azur Jamshid, who was the head of state of Gilgit.
The place is at a height from where a bird’s eye view of the entire Gulmit Village can seen at a solo fleeting look can be seen from here. The fort is surrounded by Gulmit and Ghulkin village. From the top of the hill you can also view Ghulkin, Shishkat and Ayeenabad and some part of the Atabad Lake. [2] A bird’s eye view of Gulmit village from Ondra Fort The people of Gulmit, situated in Gojal Hunza, gave a warm reception to Naeema Gul, who recently became the first person of the village to graduate from Oxford University. Gul, 26, did her masters in Global Governance and Diplomacy from the first university of Europe that has produced thousands of world leaders, writers, and scientists in its more than 800- year- old official history. Chipursan valley is a network of small and large villages close to the border of Afghanistan and parts of China. Historians say that this was the earliest human settlement of the entire region. Legends testify these claim but the valley remains a mystry for researchers and nature lovers. Chipursan is home to the Irshad Pass that connects Gojal Valley with Afghanistan. Also located in the vicinity of Chipursan Valley are Ishkoman, Buroghil and Yasin valleys.

Misgar valley is a narrow human settlement located very close to the Chinese border, almost parallel to Chipursan. Misgar is home to the Qalamdarchi Fort Fort of the Naked Saint. This “fort” was created by the British rulers of Hunza Valley to keep an eye on the movement of Soviet troops and spies in the region. Kilik and Mintika Passes adorn were used by traders, troops, travellers and, maybe, spies in the past. This fort is in a dilapidated condition. Parts of the fort are being used by Jawans of Pakistan Army. [5] SHIMSHAL VALLEY ŠIMŠAL DIYOR