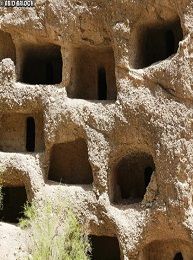 Â Â  Â Â
Isolated from civilization, this cave city is no less than a wonder of Balochistan province of Pakistan. Located in Bela city, this mysterious and ancient settlement is called Gondrani Cave City. This is 20km away from Bela city and 175km away from Karachi. This place is also known by other names including Shehr-e-Roghan, Cave City of Lasbella, Cave Dwellings of Gondrani, House of the Spirits and Mai Goudrani.

The exact history of the town is not known, nor who built the caves. Historians believe that the town was once a large Buddhist monastery dating back to the eighth century, when the region was part of a Buddhist kingdom.

During British rule, around 1500 caves were reported, but now only 500 remain. The caves are in poor condition and are slowly eroding. No conservation efforts have been made to protect the site because of poor accessibility and lack of knowledge of the archaeological site.Â [1] wonder of Balochistan province of Pakistan. 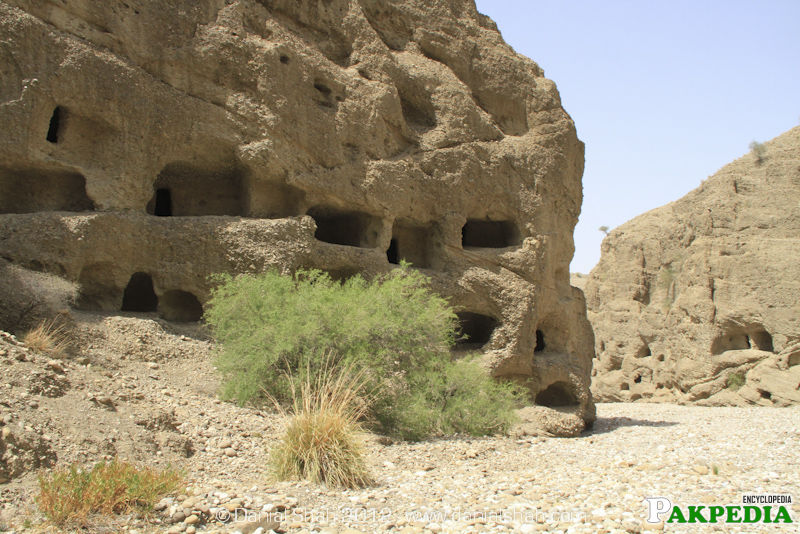 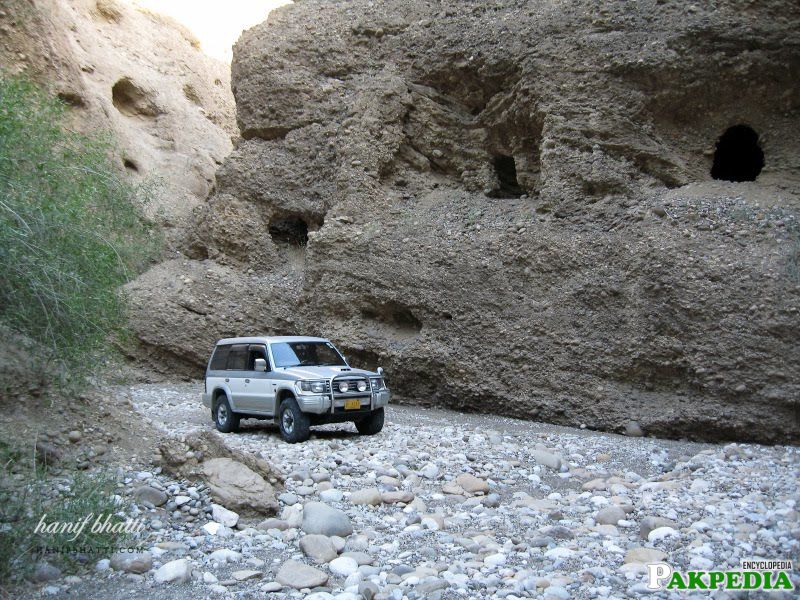 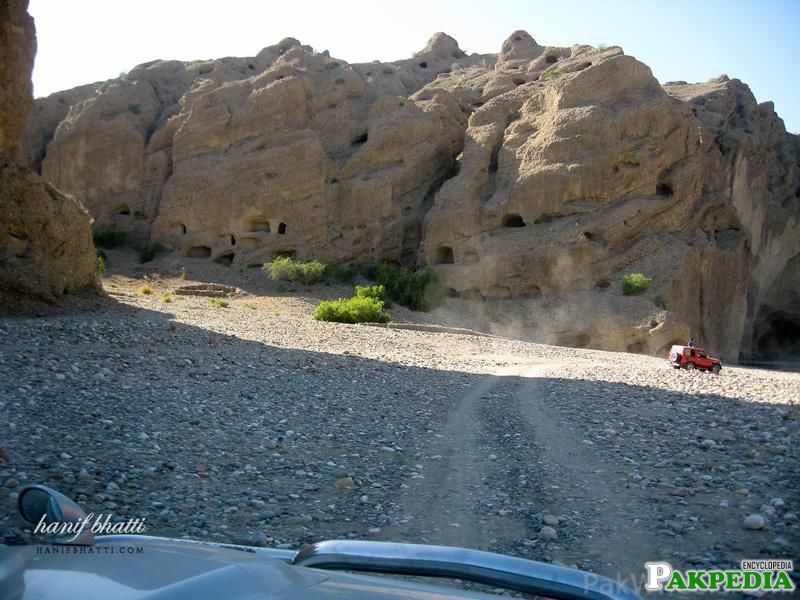 House of the Spirits 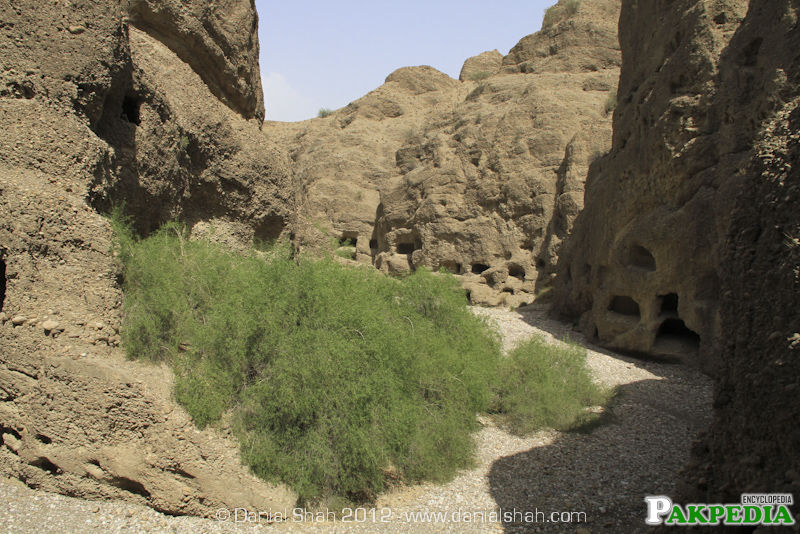 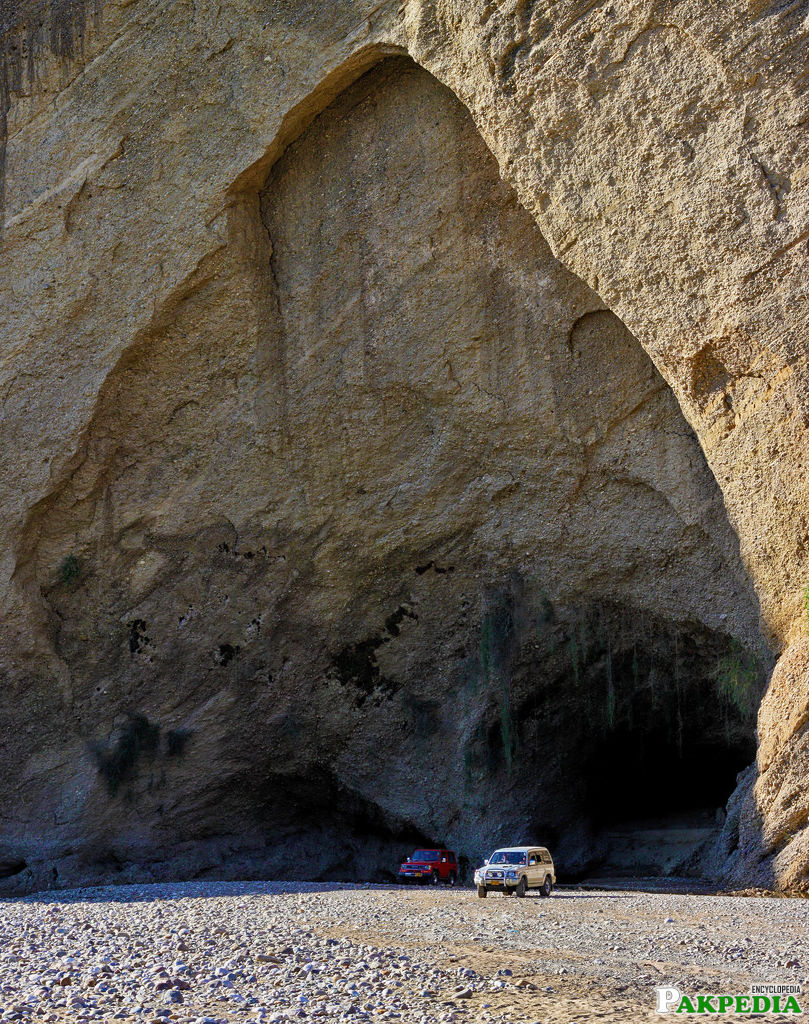 history of the town

The exact history of the town is not known, nor who built the caves. Historians believe that the town was once a large Buddhist monastery dating back to the eighth century, when the region was part of a Buddhist kingdom. AndrÃ© Wink in his book Early Medieval India and the Expansion of Islam: 7th-11th Centuries states that: In effect, at eighteen km north-west of Las Bela, at Gandakahar, near the ruins of an ancient town, are the caves of Gondrani, and as their construction shows these caves were undoubtedly Buddhist. According to another source, Journal of the Society for South Asian Studies, the site cannot be conclusively linked to Buddhist heritage, though it does show Buddhist characteristics: Although not irrefutably Buddhist, the cave complex of Gondrani, some fifteen kilometres north-west of Las Bela in Makran, does show definite Buddhist characteristics. The Geographical Journal agrees that the caves are of Buddhist origin: ...not far from them are the Caves of Gondrani, about which there is no room for conjecture, for they are clearly Buddhist, as can be told from their construction.Â [4] Wink, AndrÃ© (2002). " The frontier of alHind

The caves of Gondrani, locally known as Puraney Ghar (Urdu: Ù¾Ø±Ø§Ù†Û’ Ú¯Ú¾Ø±â€Ž), are carved into solid conglomerate rocks at several levels, and are connected by pathways. All the caves have small rooms with hearths and wall niches for lamps, along with verandahs or front porches. During British rule, around 1500 caves were reported, but now only 500 remain. The caves are in poor condition and are slowly eroding. No conservation efforts have been made to protect the site because of poor accessibility and lack of knowledge of the archaeological site.

Many local legends are associated with the town. One relates the story of a king and his daughter, named Badiul Jamal, during the reign of king Solomon, who was haunted by demons. Many heroes came to free her and failed, but eventually Prince Saif-ul-Muluk killed the demons and freed her. According to another legend, the demons and evil spirits inhabiting the mountain would torment and feed on the flesh of the people of Gondrani. An old holy woman named Mai Balochani or Mai Balochani sacrificed herself to kill the demons and free the town people. In another version, the pious lady exorcised the town and lived there until her death. The woman is buried nearby; her burial place is a well-known local shrine.Â [5] District Development Profile 2011. Govt. of Balochistan

Who Built These Caves 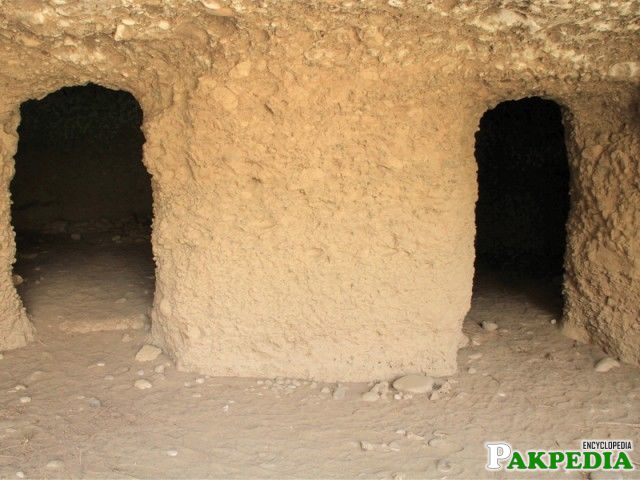 Who Built These Caves:

As with several other historical sites in Pakistan, there is some dearth of exact knowledge on to who built these caves. In the absence of exact archaeological knowledge there are atleast a couple of theories and myths about who built these caves. One of these theories sounds like a possibility to me and the other one seems like a myth but I will let our readers decide on whichever version they want to belive in. (1)According to first theory these caves were built by the Buddhists in 7th century A.D. Reference to this claim are found in a book called â€˜Al-Hind, the making of the Indo-Islamic worldâ€™. In this book there is a chapter called â€˜The Frontier of Al-Hindâ€™. An exceprt from this chapter goes like this: In effect, at eighteen kilometer north west of Lasbela (now called Bela), at Gandakahar, newar the ruins of an ancient town, are the caves of Gondrani, and as their construction shows these caves were undoubtedly Buddhist. This theory seems more reasonable as the presence of Buddhists in this area is also documented by Sir Thomas Holdich in these words: â€œAfter AlexanderÃ¢â‚¬â„¢s death, one of his generals, Seleukas Nickator, became ruler of central and Western Asia. For many centuries after this, nothing can be traced about the history. In early seventh century the ruler of Armabel (present Bela) was a Buddhist Somani. Chach usurped the throne of the dynasty of Sindh and marched to Bela in 636 AD. Chach was cordially received at Bela and was impressed with the loyalty of the people of Bela.Â [6] Who Built These Caves:

Punjabi Culture is one of the oldest in world hist