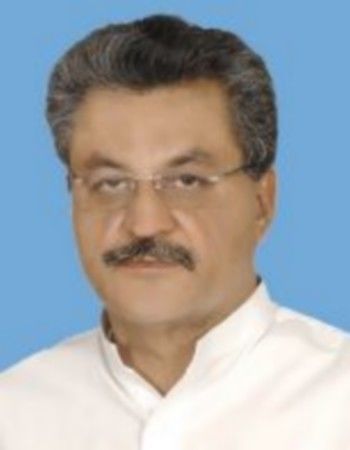 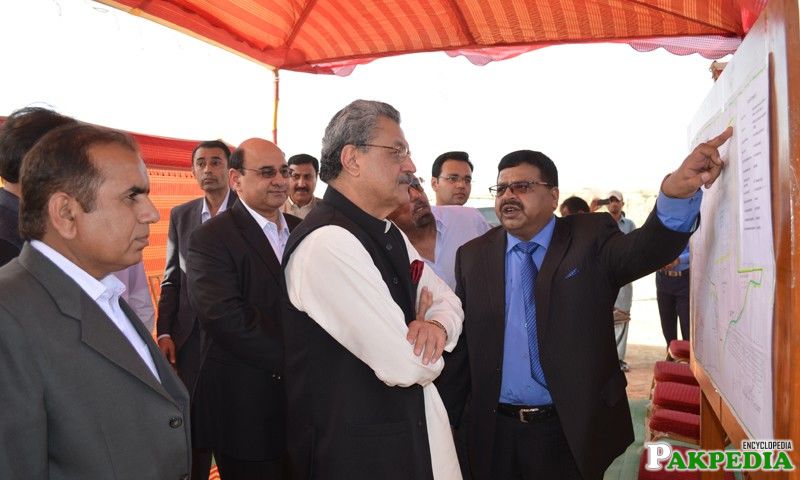 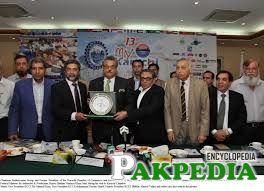 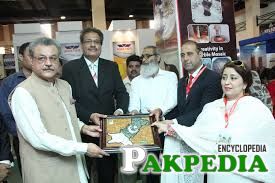 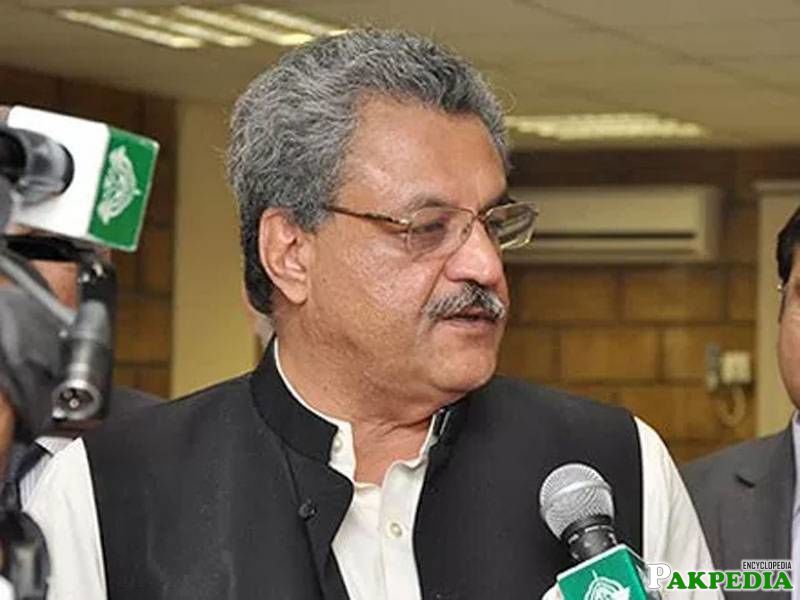 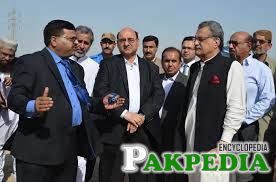 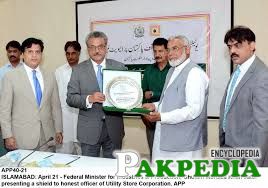 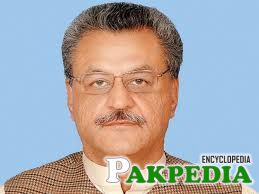 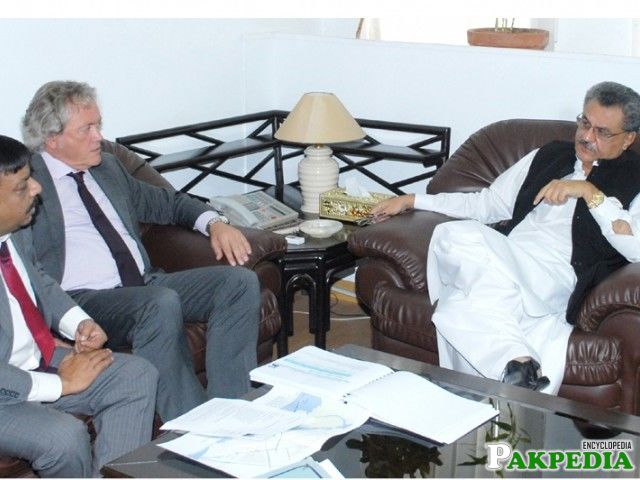 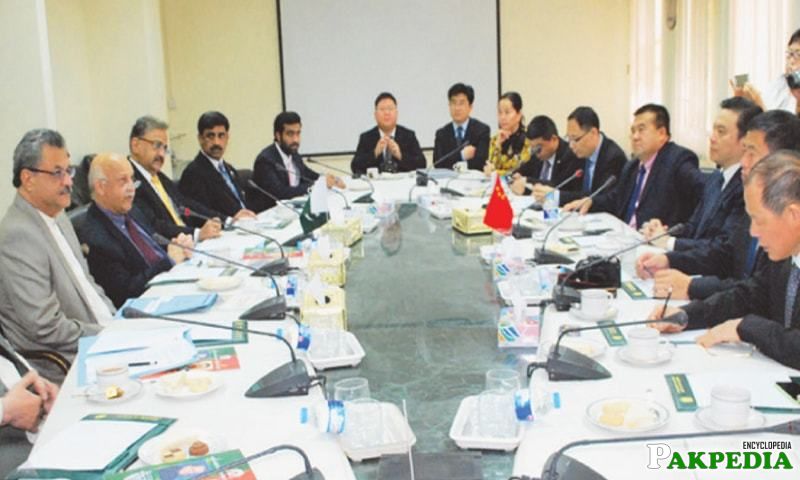 He had ceased to hold ministerial office in July 2017 when the federal cabinet was disbanded following the resignation of Prime Minister Nawaz Sharif after Panama Papers case decision.Following the election of Shahid Khaqan Abbasi as Prime Minister of Pakistan in August 2017, he was inducted into the federal cabinet of Abbasi. He was appointed as federal minister for Industry and Production.[6] Following the election of -- Shahid Khaqan Abbasi 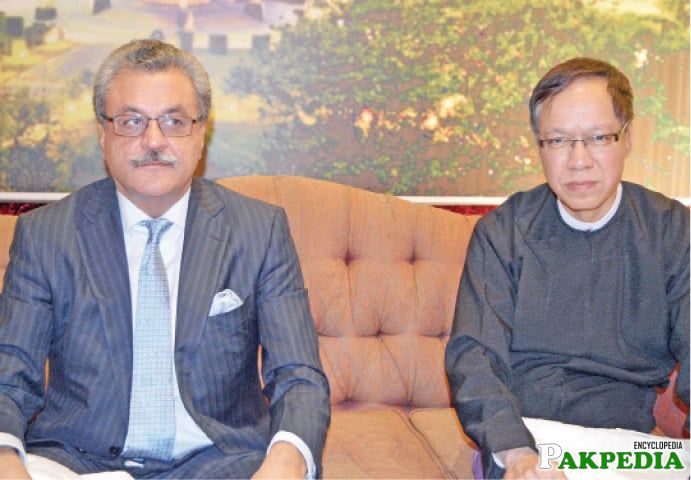 Lahore: Federal Minister for Industries and Production Ghulam Murtaza Jatoi on Friday said future of Pakistan is linked to Balochistan.He said that government is trying best to bring Balochistan at par with other developed areas of Pakistan while paying special attention on the socio-economic development of the local population.Ghulam Murtaza Jatoi said this while meeting a delegation of Baloch entrepreneurs led by Vice President FPCCI Naveed Jan Baloch.Government is committed and dedicated to develop the largest province of the country as prosperity of Balochistan will contribute towards a peaceful and progressive Pakistan, he added. Promotion of Gwadar port and local population is high on our agenda and we are bringing Baloch people in the national mainstream, he said, adding that we will never disappoint our brethren.The federal minister issued orders to hike quota of local transporters working at Gwadar port from 35 to 40 per cent and promised to support the demand of local business community to divert all the government’s cargo including urea to Gwadar port. “I will personally look into the matter and try best to get the nod of the Economic Coordination Council,” Jatoi reassured.[7] The federal minister issued orders - to hike quota

Federal Minister for Industries and Production Ghulam Murtaza Jatoi on Tuesday said government is trying best to resolve energy crisis on operating and strategic level as economic growth cannot be compromised at any cost. The energy crisis necessitates radical steps coupled with input from all the stakeholders otherwise it will transform into a national security threat which is not affordable, he said.Ghulam Murtaza Jatoi said this while speaking at a 4-day international workshop on energy policy in Asia-Pacific region organised by National Productivity Organization (NPO) in collaboration with the Asian Productivity Organization (APO) of Japan and World Confederation of Productivity Science.CEO NPO Khawaja Muhammad Yousuf, International Coordinator APO Ms. Yasuko Asano, representatives of government agencies, private sector, academia and experts from Japan, Thailand, Magnolia, Malaysia Bangladesh, China, India, Indonesia, Iran, Korea, Nepal, and Vietnam were also present. The Federal Minister said that gradual increase in demand outstripped the power generation which paved way for the present crisis as decisions were not taken in time. He said that policy prescriptions should not remain limited to the tariff revision, phasing out of subsidies, and removal of the circular debt as addressing the issue on sustainable basis will require sincere effort, he added. Mr. Jatoi said that the policies of the government are attracting mega investments in hydro, gas, coal, and renewable energy which will result in lasting solution to the energy crisis through short and long term projects. Pakistan’s energy crisis would not allow luxuries of short-term considerations and misguided notions; he said adding that we will have to accept the high cost of electricity as long as oil accounts for a major portion of the power generation process.Why waste so much money on fossil fuels when we have been blessed with abundant resources like solar, wind, hydro, and biomass, he questioned.The Minister directed NPO to improve energy audit mechanism which can help lessen the crisis by reducing energy consumption while cutting costs and improving human comfort, health and safety.[8] The Federal Minister said -   that gradual increase
Disclaimer: As an encyclopedia, pakpedia.pk's articles contains shared information which has collected from different sources and people. We welcome everyone for corrections and updates, Thank you.