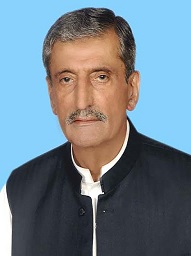 Â Â Â
Ghulam Ahmad Bilour known as Haji Sahib is a senior politician from Peshawar. He belongs to a rich business family and associated with ANP. His family is known for its sacrifices for the country. He has worked on key posts in the party and at the National level. His family has immense importance in the politics of ANP and widely respected by all in the province. This article has all the information about Bilour, including Ghulam Ahmad Bilour Biography. 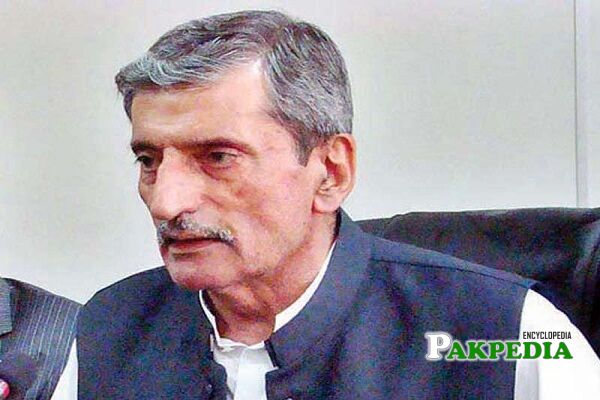 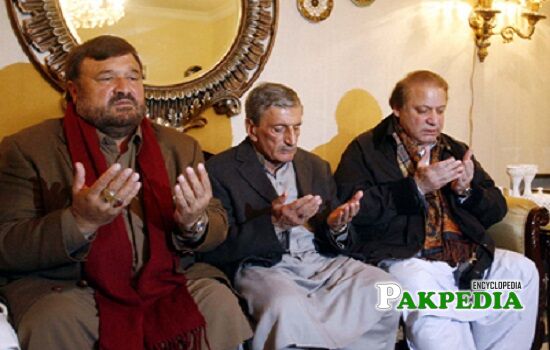 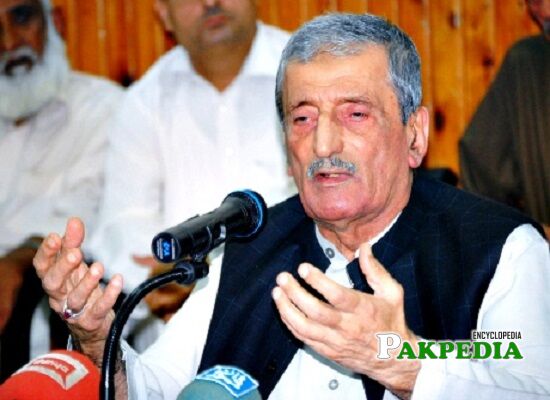 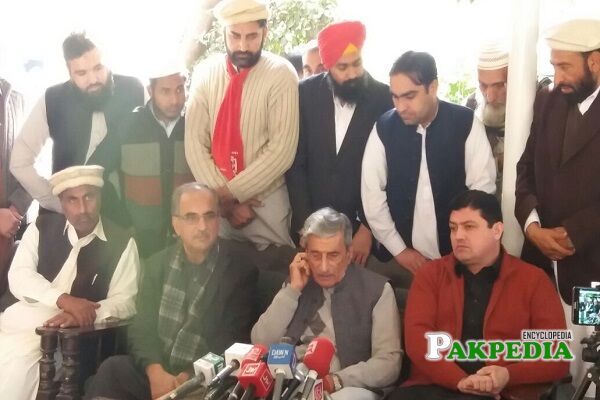 He got his early education from Khudad Model School and Islamia School Peshawar. Later he completed his intermediate and Bachelors from Edwards College Peshawar.

The political activities of Ghulam Bilour started in 1965 when he participated in the presidential campaign of Fatima Jinnah against Ayub Khan. Soon after few years, he joined ANP for the first time. In 1975, he was elected as a Senator for the first time that lasted from 1975 to 1977. His first contest happened in 1988 when ANP gave him the ticket. He contested for the first time from NA-1 against Aftab Ahmad Khan Sherpao but could not make it to the National Assembly. The seat had been later secured when he contested in the by-election and won the election for the first time.

In 1990, he was re-elected from the same constituency after he defeated Benazir Bhutto in the election. After his election, he was appointed as the Minister of Railways for the first time in his career.

In 1993 election, he could not win and lost to Syed Zafar Ali shah from NA-1 Peshawar, but he was re-elected from the same constituency NA-1 in 1997 general election. This tenure lasted only two years.

Ghulam Bilour did not contest the 2002 general election but won the 2007 general election. He contested from NA-1 against Ayub Shah of PPP. He received 44210 votes while Ayub got 37682 votes. His party made allied with PPP in the formation of the government and Ghulam was appointed first as Minister of Local Government and Rural Development and then Minister of Railways.

The 2013 election was a difficult contest for him as he was facing a much stronger candidate, Chairman of PTI Imran Khan. Ghulam was defeated with a huge margin. His opponent got 90500 votes while Ghulam received only 24468 votes. Once again, he recovered his seat in the by-election after Imran Khan vacated the seat. He contested against Gul Badshah of PTI and won the election.

The 2018 elections were contested under newly formed constituencies. NA-1 was renamed as NA-31. Ghulam Bilour contested from NA-31 against Shaukat Ali of PTI but could not win

As Minister of Railways

Bilour was appointed as Minister of Railways in 2008. It turned out to be one of the worst periods for Railways. The institution was steered towards severe financial crises. He was accused in a multi-billion scrap scandal which was investigated by NAB later.

Bilour family is known for its several sacrifices. Ghulam Bilour lost his only son Shabbir Bilour in the 1997 election when he was killed in the firing incident in polling both in Peshawar. In 2012, his brother and senior politician Bashir Bilour was assassinated in a bomb blast after 5 life attacks. He was one of the popular leaders of ANP. 200000 people attended his funeral despite severe security threats. His nephew, Barrister Haroon Bilour who was the last son of Bashir Bilour was assassinated just before the 2018 general election in a suicide bomb blast.

In 2012, he was the Minister of railways when he offered 100000 US dollars as a reward for killing the makers of the anti-Islam film, Innocence of Muslims. He also asked for the support of the Taliban and Al-Qaida in this regard. Though ANP criticized him but no action was taken against him. Again in 2015, he announced $200000 bounty for the head of the owner of French satirical weekly that published blasphemous cartoons.