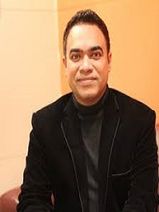 Farhan Masood, the founder and CTO of biometrics security startup SoloInsight, has a truly inspirational story. The Pakistan-born inventor is completely self-taught, despite dropping out of college at the age of nineteen. Along his journey of leading SoloInsight he received several distinctions and awards, including one in 2013 when the MIT Enterprise Forum cited him as one of the most brilliant minds in the world. Masood was exposed to gadgets and technology from an early stage. At eight, his father handed him a book on coding in Visual Basic and challenged him to learn the language. Masood promptly obliged. [1] CTO of biometrics security – startup SoloInsight Masood claims his determination and drive is a direct consequence of having a thirst for knowledge and curiosity about how things work. As a primary school student he was fascinated with learning more about computer software and engineering, but could not afford to buy the books he needed to teach himself. Not one to be disheartened, Masood promptly became friends with the shopkeeper, Naveed, who allowed him to spend hours in his bookshop, poring over all the books he fancied. “I would bunk school, go to the bookshop, and read about computing,” he laughs.Another problem Masood faced in his early days was the exorbitant cost of internet connectivity. In the mid-1990s, service providers in Pakistan were few and far between. Dial-up internet was the only option, with users charged on a per-hour basis. Masood wanted to apply the knowledge he learned in a practical setting but was inhibited by the high costs. His father had given him a restriction of two hours per week, which was far below his needs. Again, he used his enterprising nature to his advantage. Humble and soft-spoken, Masood says many of his achievements were down to sheer ‘luck’. One day, while helping his father at the family printing bureau business, he was approached by a government official. There was an urgent need for bilingual name plates to be affixed on offices in a sprawling facility close to the capital city, Islamabad. However, at the time, there was no technology which could print names in the local language, Urdu. Money was scarce and Masood could not afford to lose this order. He took it upon himself to create Urdu word-processing software, utilizing his creative talents in calligraphy, typography, and software development. Incidentally, the software he created was the first of its kind in the world. Later, Masood would also go on to make his own fonts, some of which are still used by Emirates, the national airline of the UAE. [2] Money was scarce  Masood- could not afford

Recognition at a young age In 1997, Masood was declared the originator of Urdu, Persian, and Arabic languages on the internet by the Voice of America. He coded a program that allowed them to be converted and displayed on websites, despite only nineteen years of age at the time. The recognition was bestowed upon him after he successfully converted a popular website into Urdu with samples of Arabic and Persian scripts. This feat was even more impressive considering that character-conversion algorithms such as UTF-16 had yet to be released. To view different languages, specific versions of Windows needed to be installed. For example to view Arabic language, one needed to be running the Arabic version of Windows. Microsoft had yet to release a standard version of their OS which had the capability of viewing all languages. Masoods first professional appointment was as an advisor to the minister for revenue in the Punjab government and came after intense media coverage of his engineering exploits. At the time, he was a college sophomore, but didn’t see much value in continuing his education and promptly dropped out. Initially, he helped the government translate and digitize land records, which were previously only stored in clunky, physical files. After a few months, there was a new government in power in Pakistan. Masood was then appointed as an advisor to the minister of interior, who invited him to assist the National Database Registration Authority (NADRA), a government body which was beginning the arduous task of getting every Pakistani citizen a computerized national identity card. Unfortunately, there were problems. Masood didn’t agree with the vision the government had for NADRA or the processes they used to gather data. Despite an utmost desire to help his home country, he was left with no option but to resign. “Even though it didn’t work out, I have no regrets. I’m thankful to those guys, they gave me an opportunity to find something else,” he says. [3] In 1997, Masood was – declared the originator After exiting Pakistan, Masood found himself in London in the year 2000, where he landed a job with US firm Electronic Data Systems – at the time a pioneering enterprise IT services company. However, as Masood didn’t hold a US or UK passport, the firm was unable to get him a work permit. He was then contracted out to be part of an EDS subsidiary working on government projects in Dubai. Masood’s stint with the Dubai government went a long way in satisfying his curiosity. Tasked to be part of a team spearheading e-government initiatives in the Gulf country, Masood experimented with a number of different ideas and projects. He helped streamline immigration and judicial systems, with the vision of fast-tracking the country into the digital age. Companies looking to sell products to the government would first send samples to him, after which he had free reign to examine and analyze them. “I was essentially a critic,” he laughs. The team Masood had joined was involved in a number of cutting-edge and technologically innovative solutions. He introduced complex algorithms to track metrics such as worker productivity, speed cameras, and automatic recognition systems. “I made sure I was part of each and every team so I could maximize my learning.” It was clear Masood was held in high regard by his Gulf employers. Labor laws in the country do not allow those without a graduate degree to hold managerial positions. However, to bring him on board, the government made an exception. For one day the law was amended, allowing Masood and a few other select individuals to sign employment contracts. [4] Masood found himself in London-   year 2000 Masood says part of his decision to branch out on his own in 2005 was a challenge from a friend – owner of a luxury goods store. “He turned to me and said ‘Farhan, why don’t you build me a system, which automatically recognizes customers as they walk in, despite my manager having never met them. Why don’t you create some magic?’”
After some preliminary research, Masood discovered creating such a system was not entirely beyond him. Further, he could tweak his products to suit his clients’ needs. Excited by what he uncovered, Masood ploughed ahead.First and foremost, Masood wanted his company to be looked upon as Pakistani – with both the product and technology engineered in his country of birth. The name SoloInsight was inspired by his family’s business, SoloTech, which was primarily associated with electronics manufacturing.To help understand client needs, Masood spent countless days and nights at factories and talking to managers. However, there were also failures. One of the entrepreneur’s side projects was to invest in a company making plastic for ATM, debit, and credit cards. At the time, consumer financing in Pakistan was experiencing a boom, and demand for plastic money was skyrocketing. Unfortunately, Masood failed to do enough research and draft a detailed business plan. His associates withdrew from their commitments and the venture eventually tanked. “I lost most of my money,” he admits. [5] Masood says part of his – decision to branch

No easy path to success Unfortunately for Masood, the hurdles on his path to success continued. As SoloInsight gained traction, Masood was eager to keep expanding and move the scope of his venture outside Pakistan. He was able to convince investors to look at his startup for seed investment and was eventually invited to meet with a VC. Armed with an invitation letter, as well as other required travel documents, Masood visited the local US consulate to apply for a visa. He was hopeful of securing the cash and taking another step towards achieving his vision of building a world-class startup from Pakistan. Much to his dismay, the consular officer denied his application, flatly stating “we do not want to do business with Pakistan, now you can leave the embassy.” “This was in 2011, when political events in Middle East and Pakistan were widening the schism between Muslim countries and the West. My rejection may have been due to these reasons, however, I never challenge the system,” he adds.Masood, who candidly admitted he thought “his dream was shattered,” was now left with an uncertain future. He needed money to scale his venture, but the local investment landscape was almost non-existent. The emphatic rejection of his visa application meant any appeal would be an exercise in futility. Interest from prospective investors in the US also started to wane as they were unwilling to embroil themselves in legal and compliance issues. Confused, and in need of help, Masood turned to his closest friends.During this time, Masood met Azhar Rizvi, the head of the MIT Enterprise Forum in Pakistan, and a man he refers to as an ‘angel’. Rizvi exhorted Masood to apply for the MIT Business Acceleration Program, as the winner would have a fully-sponsored trip to visit the university. “Invitation letters from MIT are not refused by the embassy,” Rizvi told him.Masood was now back on the drawing board, preparing for yet another challenge. There was only one way to get to the US, and that was by winning this competition. The strict rules of participation meant SoloInsight had to pivot its model significantly to qualify as a contestant. Masood eventually came out on top, beating dozens of other teams, and winning the much coveted trip to the US.[6] Masood was now back on – the drawing board

During his first trip to the US, Masood made full use of his time. He met with several potential investors, including his now business partner and CEO Carter Kennedy. Many firms expressed an interest in his products and were impressed with the level of technological innovation he showcased. Even IBM offered to assist, as they felt his technology had far-reaching applications across several verticals. “Those ten days I spent at MIT changed my life,” he affirms. Masood’s visit also convinced him of the need to build his business by taking a backseat and hiring professionals. He describes himself as a “scientist” and someone with “purely technical knowledge.” His mentors during the trip impressed upon him the imperative need to look at other aspects of managing businesses, such as operations, finance, law, and marketing. “It wasn’t enough just to build a world-class product and hope it would succeed. The business had to be managed professionally.”Eventually, SoloInsight moved offices to Chicago, as there was greater demand for his solutions from the US. Masood reveals he has managed to obtain 42 new clients in just two years following the move, as compared to a total of 54 he signed up in 10 years of operations from Pakistan. However, he still maintains offshore presence – there is a large engineering team in Pakistan, as well as offices in China and Australia. [7] The business had to be – managed professionally