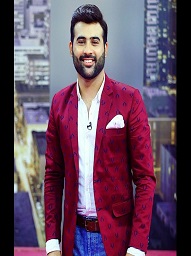 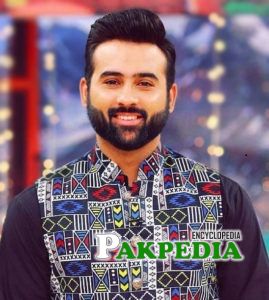 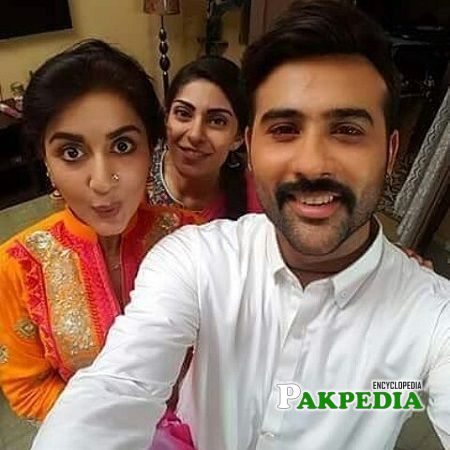 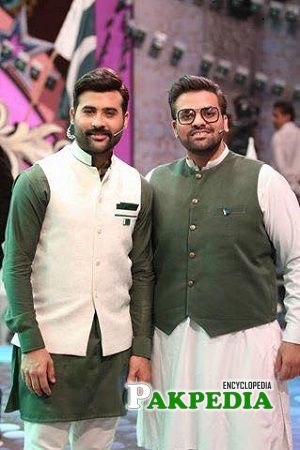 Faizan Sheikh with his family

Faizan is a Young, handsome and energetic Pakistani actor, host and model who came in the fame after hosting the morning show Salam Zindagi along with Faysal Qureshi. He is one of those artists who has achieved success and became popular within a short span of time with their diligence and talent. After completing his graduation he stepped into the showbiz as a Model from where his journey actually started.

He was born on 5th September in Karachi. Currently, he still lives there with his family.

He holds the degree of Bachelor that he attained from Shaheed Zulfikar Ali Bhutto Institute of Science and Technology.

His mother Parveen Akbar is a legendary Pakistani actress who is in the industry for a long time and has been a part of many prominent serials. She has contributed a lot in the entertainment industry with her wonderful acting skills while his sister Rabya Kulsoom Rehan is also a beautiful Pakistani Drama and Film actress. His sister in law Hira Tareen and Zara Tareen are wonderful Pakistani models and actresses.

His wedding took place on August 2018 in a star-studded event but the Nikkah took place on 1st December 2017. He got married to Maham Amir after falling in love with her. His wife Maham is also a Pakistani actress and a Model who also belongs to an artistic background. She has acted in many hit TV serials and she has worked with various TV channels. She has played flexible characters on-screen however generally she is found in positive roles.

He began his showbiz career as a model by working with many best brands and style fashioners of Pakistan. He has done numerous photoshoots as a model and he has worked in TV advertisements as well. His sharp and classy looks made it very easy for him to become a supermodel. His photoshoots with his wife after their marriage are indeed a class apart.

The success and the appreciation he received in his entire career as a Host is far more than as an actor. He has indeed a wonderful hosting skills which he has polished by hosting Salaam Zindagi along with other co-members. The chemistry and the bond which Aadi, Faizan and Faysal share on-screen receive an overwhelming response.

Syed Jibran is a good looking and accomplished Pak