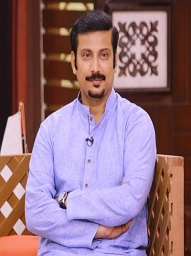 Faisal Sabzwari started his political career in 1993 and served his party very well. Currently he was the member of Muttahida Quomi Movement Pakistan but recently he has been expelled from the party maybe for 6 months along with many other members too. 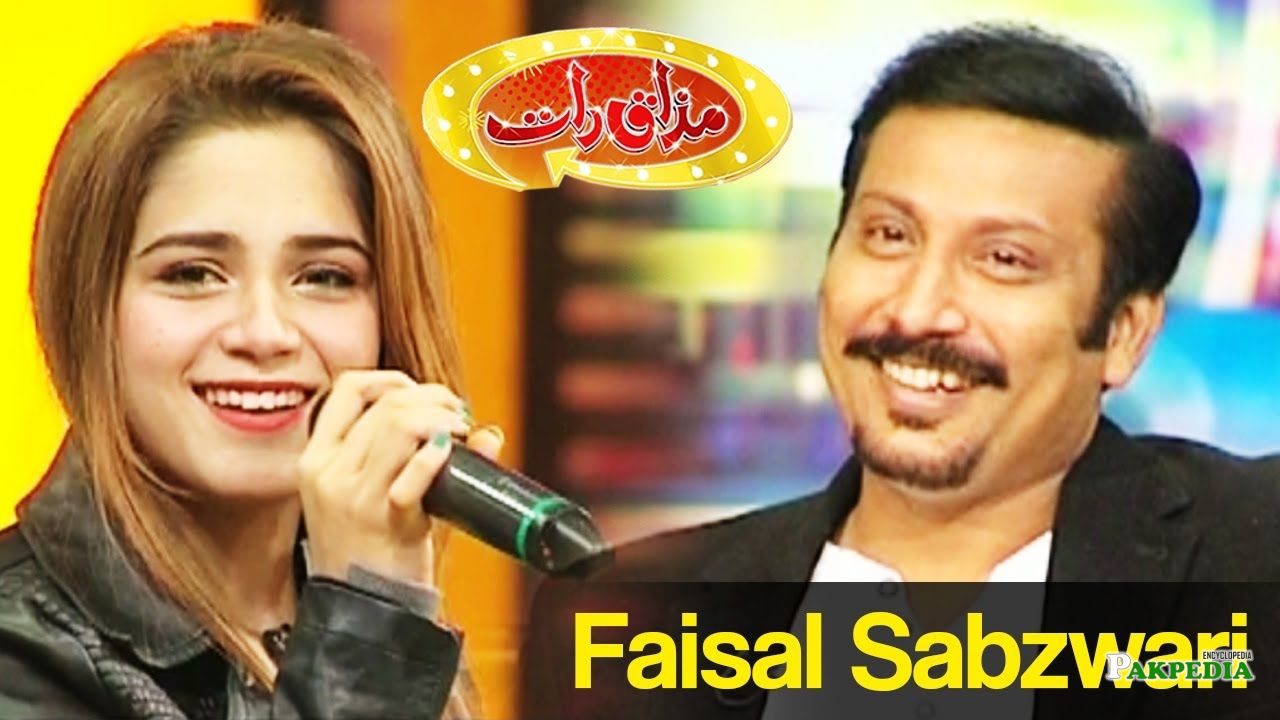 During protest with other leaders 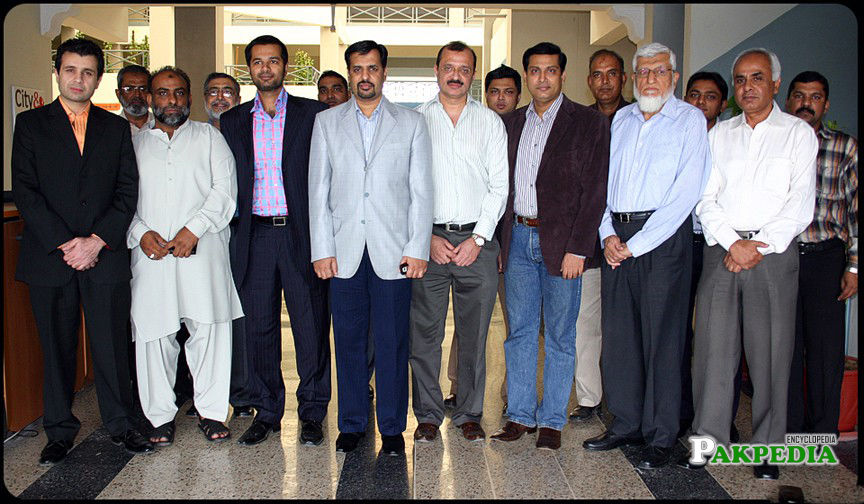 With Shehryar Niazi and Mustafa Kamal during visit to MITI 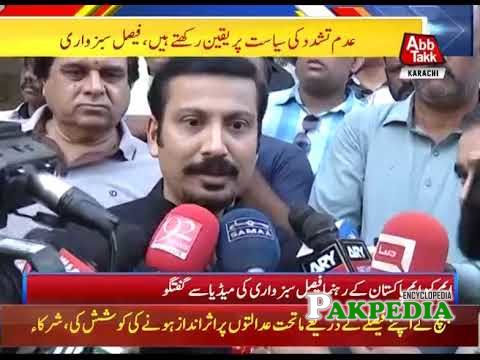 While speaking at press Conference with other members 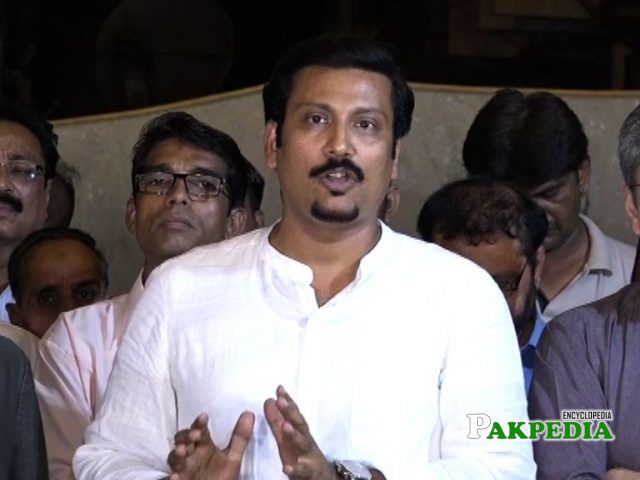 Born in 1975, Faisal Sabzwari is a member of the Muttahida Qaumi Movement’s Rabta (Coordination) Committee as well as of its Central Executive Council. Sabzwari is highly regarded as a party stalwart, with which his association goes back to his student days, when he was the head of All Pakistan Muttahida Students Organisation (APMSO), MQM’s student wing. Sabzwari, a graduate of the Preston Institute of Management Science and Technology (Pimsat) and the University of Karachi,has been an MPA in the Sindh Assembly twice — once from 2002 to 2007 and then again from 2008 to 2013. He is married and has 3 daughters. [1] Biography Biography

In the 2002 election, Sabzwari was elected from PS-118 (Gulshan-i-Iqbal and adjoining areas), while in 2008, he was elected from PS-126 (Gulistan-i-Jauhar and adjoining areas). Also in 2008, Sabzwari was accused by Pakistan Peoples Party’s candidate from NA-253, Faisal Raza Abidi, of mistreating female polling agents during the election. During the tenure of the 2008-2013 Sindh Assembly, Sabzwari served as the provincial minister for youth affairs as well as MQM’s deputy parliamentary party leader. Sabzwari has said that large land holdings must be taxed and has also spoken out against the proposed Kalabagh dam, saying it would be detrimental for Sindh. In 2013, he was identified as one amongst many non tax-paying Sindh MPAs. 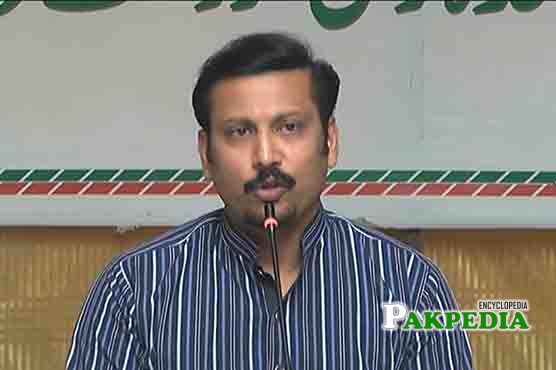 Faisal sabzwari has been expelled from party

The Altaf Hussain-led Muttahida Qaumi Movement (MQM-London) has expelled several key leaders from party membership for “violating discipline”. MQM-London’s deputy convener Nadeem Nusrat chaired a meeting in London and announced that the basic membership of Amir Khan, Faisal Sabzwari, Khawaja Izharul Hassan and Kishwar Zehra has been revoked for violating party discipline, a press statement by the party. The party, in its statement, has advised “loyal members” to avoid keeping any contact with the expelled leaders. [4] Expelled from party

Member of Muttahida Qaumi Movement-Pakistan (MQM-P) Rabita Committee Faisal Sabzwari said on 6th Feb 2018 that a three-member delegation had been sent to discuss matters with party chief Dr Farooq Sattar. While talking to the media, he said that the delegation includes senior party leaders Saeed Sattar, Rauf Siddiqui and Javed Hanif. According to Sabzwari, the delegation has been handed over the mandate over the matter by the Rabita Committee. Sabzwari further said that he was hopeful that the recent situation in the party would be sorted out. On 6th Feb morning, Sattar had called his party members for an important meeting today, in which he said he would make a ‘major disclosure’.  [5] Delegation Delegation

Chaudhry Shujaat Hussain might be a new name to th

Asad Umar is a committed Pakistani Politician and

Muhammad Safdar Awan is a Pakistani Politician and