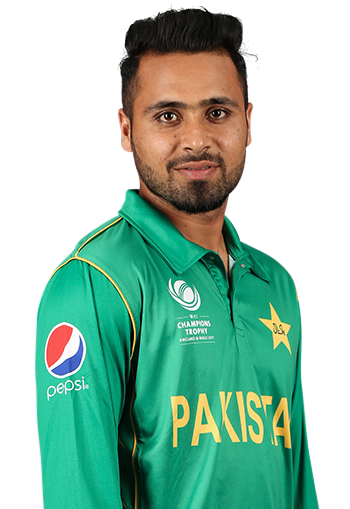 Faheem Ashraf (born 16 January 1994) is a Pakistani international cricketer who represents the national side and plays first-class cricket for Habib Bank Limited. 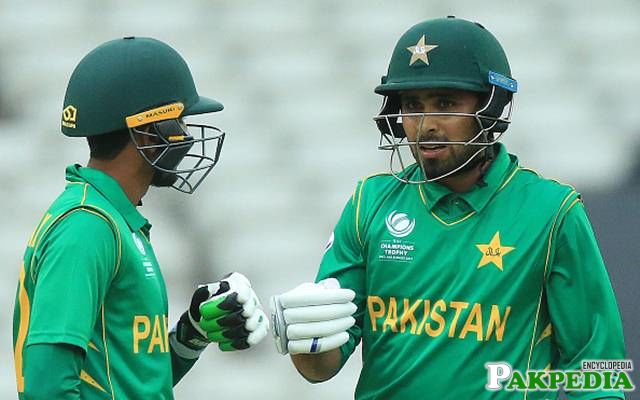 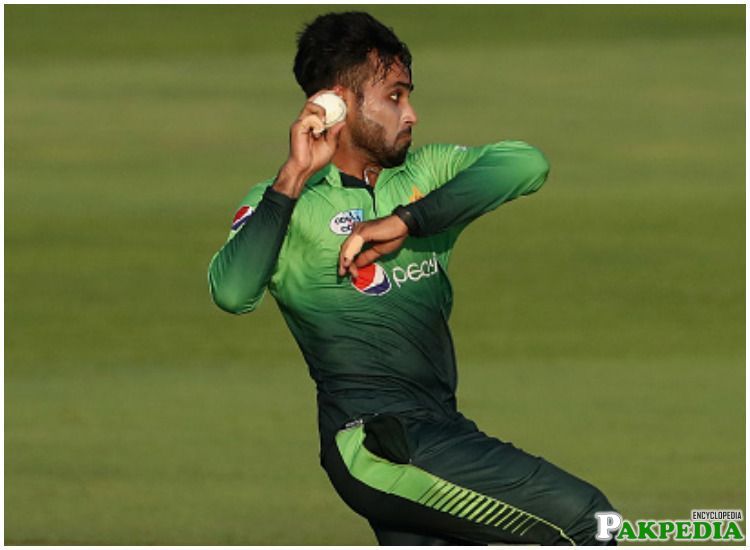 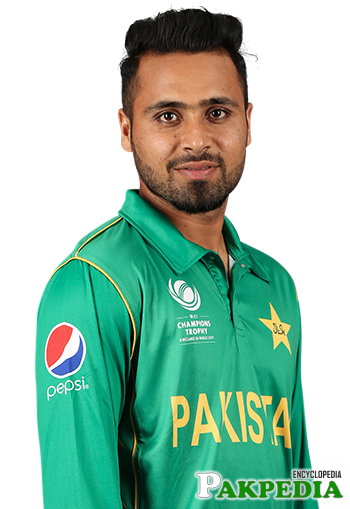 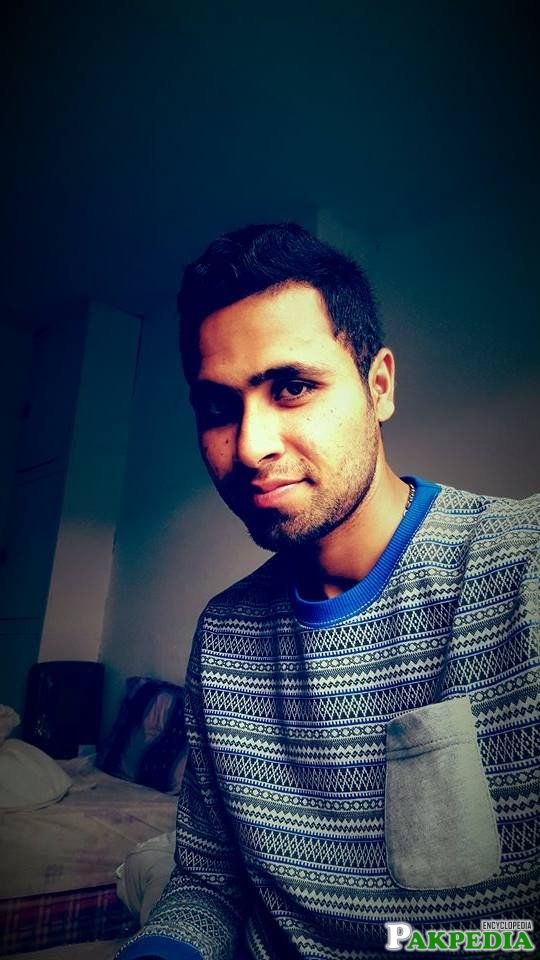 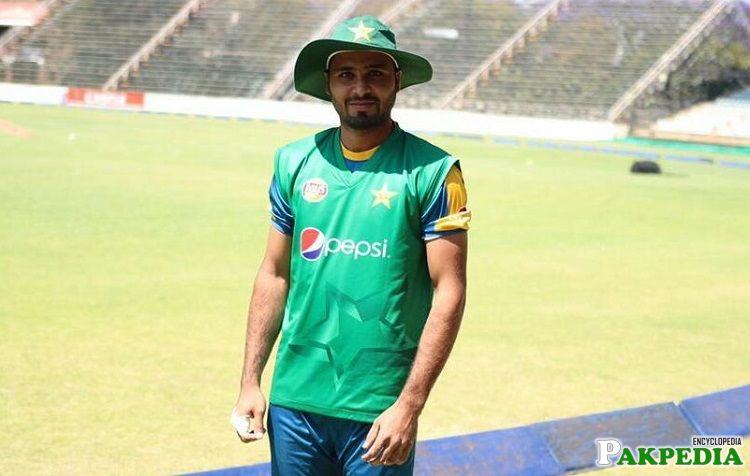 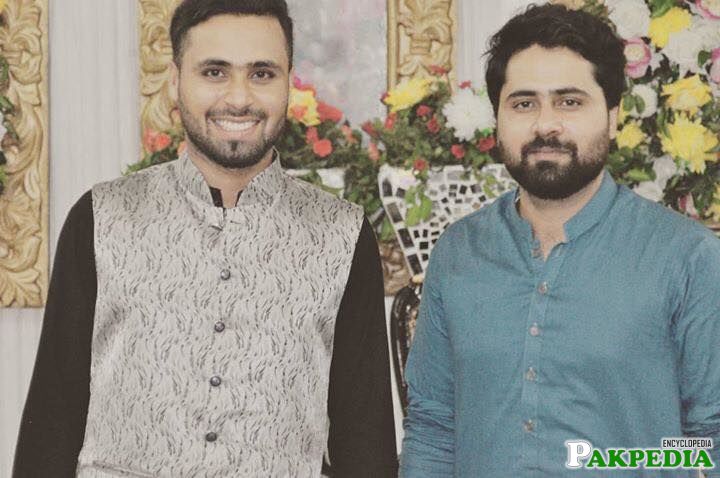 Faheem Ashraf began his career with aspirations of fast bowling, but it is as a lower-order left-handed batsman - the good old-fashioned pinch hitter - that he has introduced himself in international cricket. He blazed away to an unbeaten 64 off 30 balls against a Bangladesh side playing its best cricket in 2016-17 to upstage them in a warm-up match just before the 2017 Champions Trophy. That innings wasn't a one-off for Ashraf, who has built a reputation for explosive hitting while batting with the tail; it especially impressed his mentor Tauseef Ahmed, who fast-tracked him to the international side.[1]  About The 2016-17 departmental One-day cup turned out to be the shot in the arm for the Fahim Ashraf. He finished the tourney with 19 wickets and topped the bowling charts. This prompted the selectors to pick him for the ODIs against West Indies in the Caribbean land. He didn't get a chance though. He has also been listed as a member of the squad that would represent Pakistan in the 2017 Champions Trophy. [2] Prompted the Selectors Ashraf belongs to that breed of cricketers that South Asian teams look for: the seam-bowling allrounder. He has enjoyed success with the ball in both first-class, where he averages 26.93 and has five five-wicket hauls, and List A cricket, where he averages 24.91. What makes Ashraf's emergence particularly timely is that he seems to embody the two things Pakistan need most in limited-overs cricket - a power hitter and an allrounder. Only time will tell if Ashraf is just another flash in an already scorched Pakistani pan, but just the possibility that he may not be makes him a cricketer worth watching out for. [3]  Ashraf Belongs to 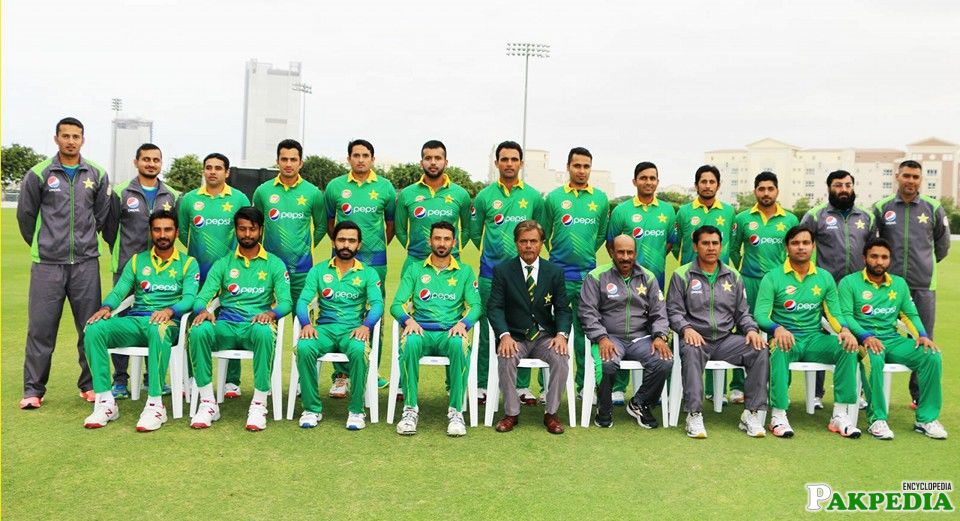 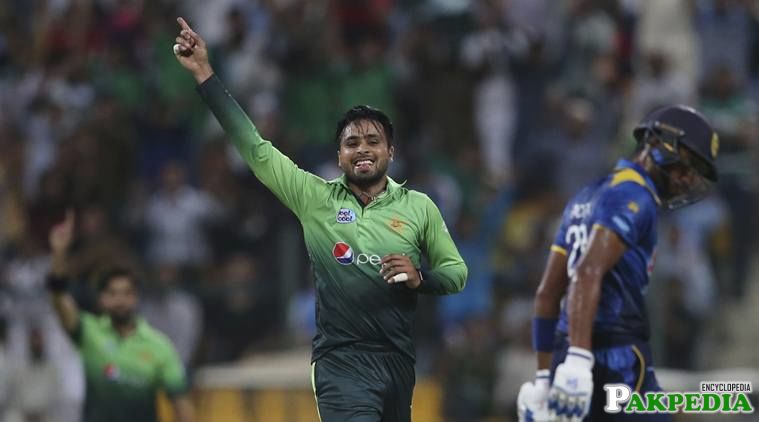 On 27 October 2017, he took a hat-trick for Pakistan in the second T20I match against Sri Lanka at the Sheikh Zayed Cricket Stadium, Abu Dhabi helping team seal a series lead and became the first bowler for Pakistan, and sixth player overall, to take a hat-trick in a T20I.

Pakistan's Faheem Ashraf became the first Pakistani bowler to record a hat-trick in Twenty20 internationals during the second match against Sri Lanka in Abu Dhabi on Friday.[6] First Pakistani Bowler

Sixth Bowler in the World

He is also the sixth bowler in the world to claim a hat-trick in the shortest format after Brett Lee, Jacob Oram, Tim Southee, Thisara Perera and Lasith Malinga.[7]  Sixth Bowler in the World
Disclaimer: As an encyclopedia, pakpedia.pk's articles contains shared information which has collected from different sources and people. We welcome everyone for corrections and updates, Thank you.