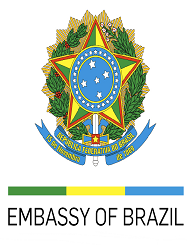 Embassy Of Brazil In Pakistan (Embassy) 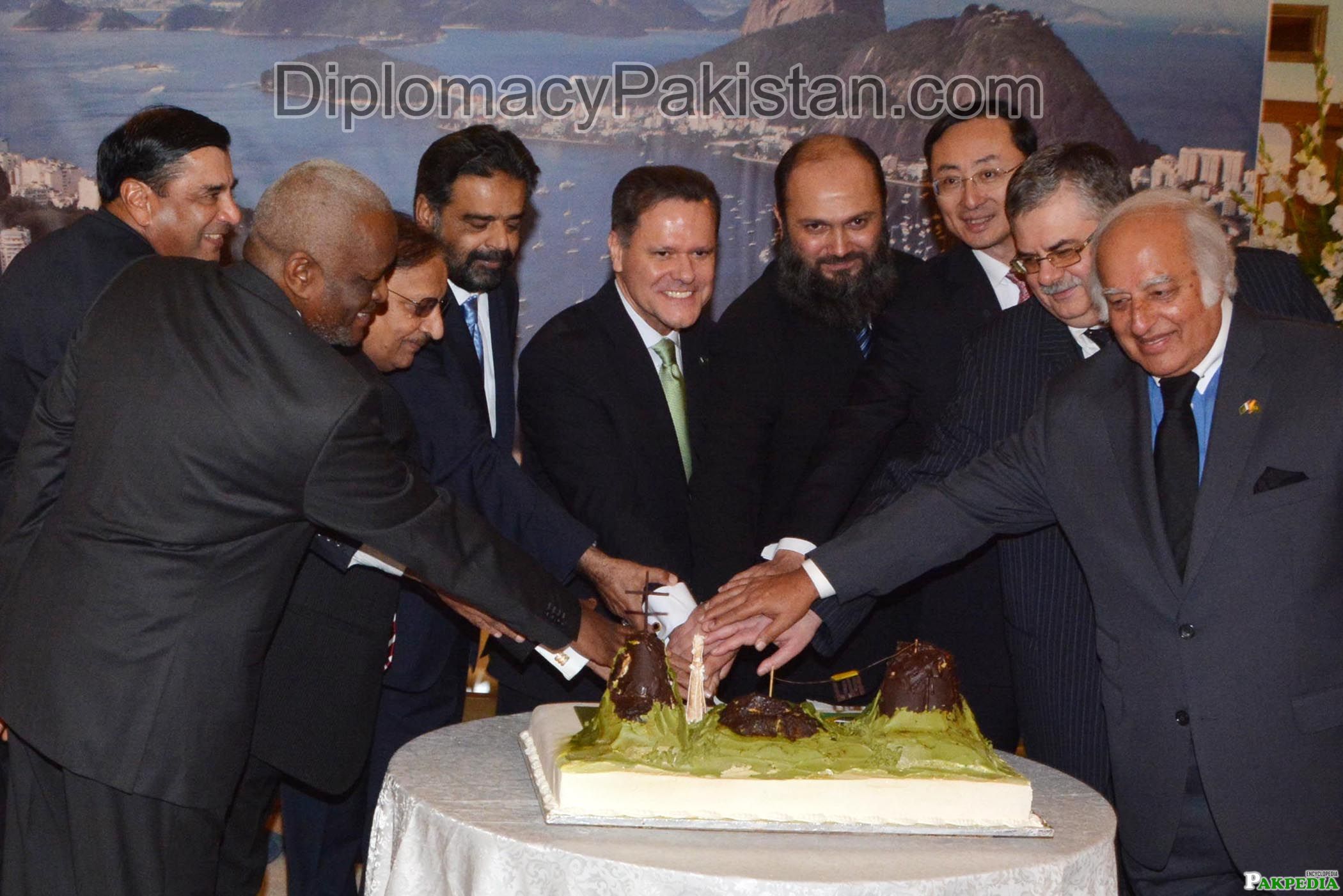 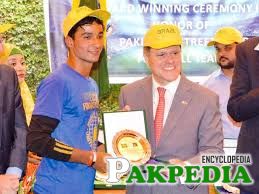 Flags of Brazil and Pakistan 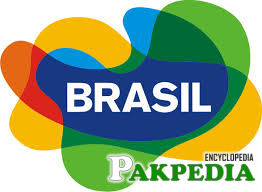 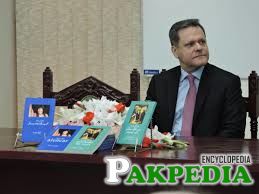 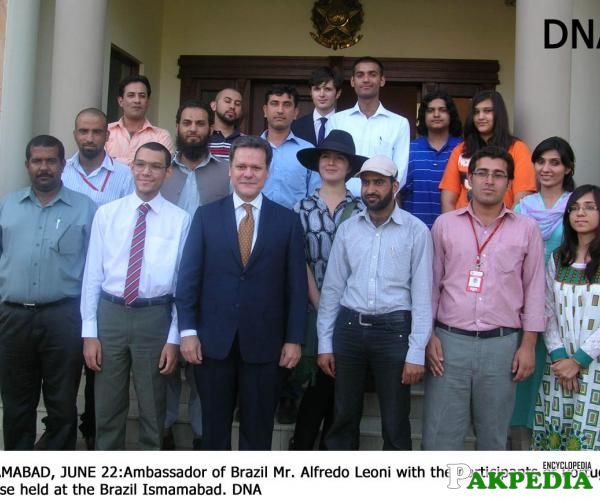 The Brazilian embassy in Pakistan was established in 1952, shortly after the two countries established diplomatic relations in 1948.Brazil was the first Latin American country to open a diplomatic mission in Pakistan. The embassy was formerly located at 6 Victoria Road, Karachi, during the 1950s, before the capital was shifted to Islamabad in the 1960s. It is concurrently accredited to Afghanistan and Tajikistan.[2] The embassy formerly located - at 6 Victoria Road 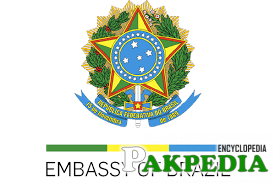 The embassy plays an important role in the promotion of Brazilian culture in Pakistan, and the bilateral relations between the two countries.Various consular services are provided.The Brazilian ambassador also serves as the honorary president of the Pakistan-Brazil Friendship Association (PBFA), established in 2011.The embassy arranges numerous cultural events, including Independence Day celebrations, the Brazilian Film Festival, arts and photographic exhibitions, food exhibitions, musical events, documentary screenings, and book launches. It also provides free language classes in Brazilian Portuguese.Over 120 students have graduated from the course.[3] Various consular services are provided. The Brazilian 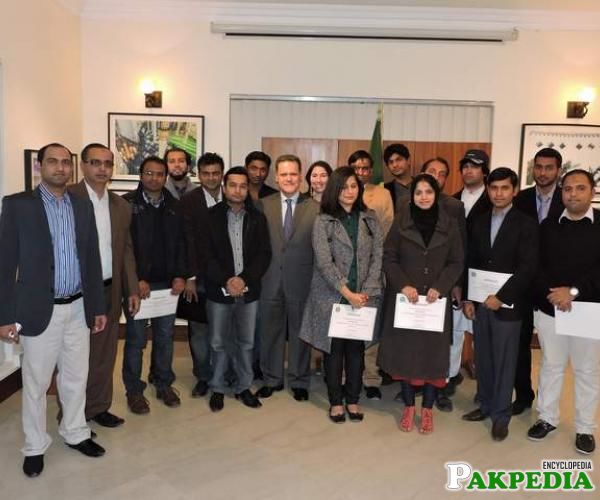 Embassy of Brazil inside the office

Ministry of Foreign Affairs in the region salary 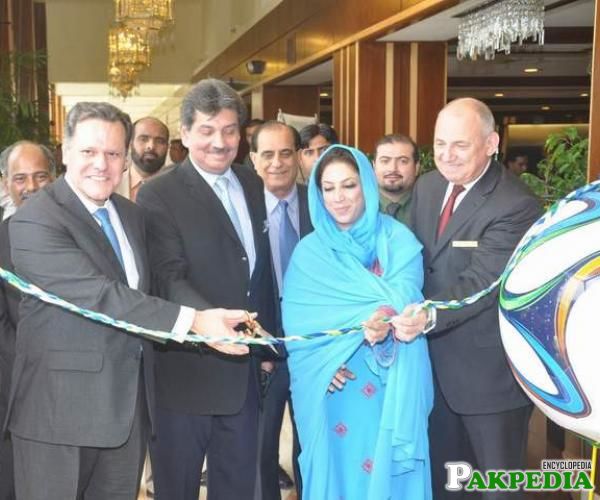 Embassy of Brazil at Opening

Ambassador of Pakistan in Brazil 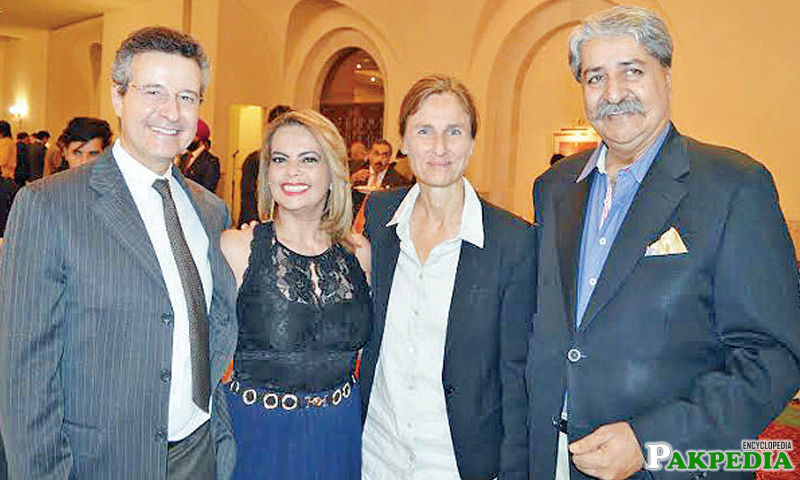 Ambassador of Brazil with his wife

Profile of His Excellency Mr. Najm us Saqib
Disclaimer: As an encyclopedia, pakpedia.pk's articles contains shared information which has collected from different sources and people. We welcome everyone for corrections and updates, Thank you.

Embassy of Germany in Pakistan

German Embassy in Pakistan is situated in Islamaba

The Embassy of Afghanistan in Islamabad is the dip

Embassy of Bangladesh In Pakistan

The High Commission will be happy to provide publi

The mission of the U.S. Embassy in Islamabad–