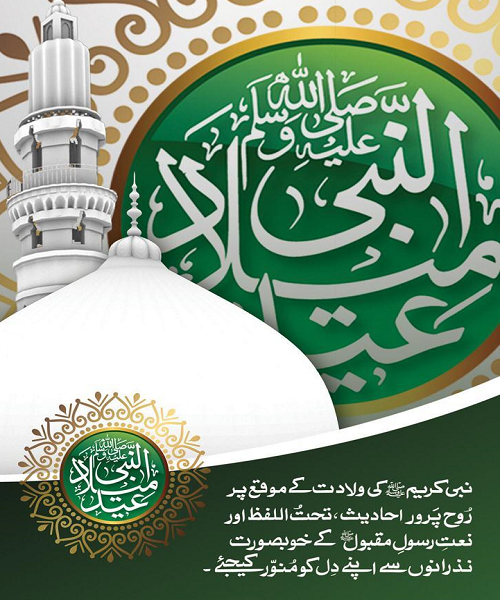 All Islamic Events celebrated by all over the world Muslims -but when we mostly discussed about Islamic events, we mostly know related like Muharrum, Eid-ul-Fitr and Eid-ul-Adha,Muslim people also celebrate Event Eid-e-Milad-un-Nabi,Birthday of Last Holy Prophet Hazrat Muhammad (SAW) or Eid-e-Milad. It is a day dedicated to our beloved Prophet Mohammad (SAW) and his teachings to the Muslims all over the world.Eid-e-Milad is both a day to celebrate and to mourn, since it is also considered the death anniversary of the our Prophet Hazrat Muhammad (SAW). 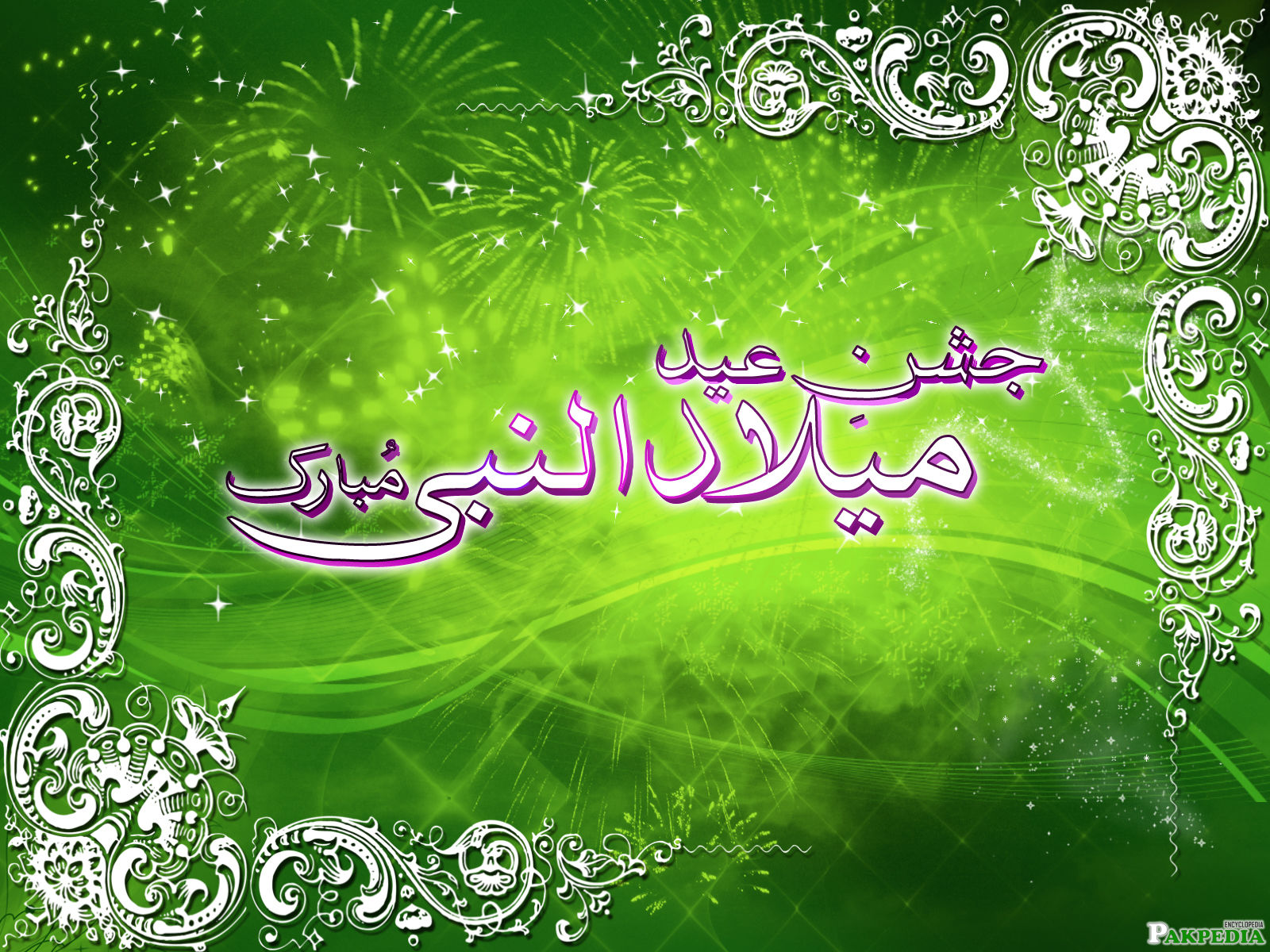 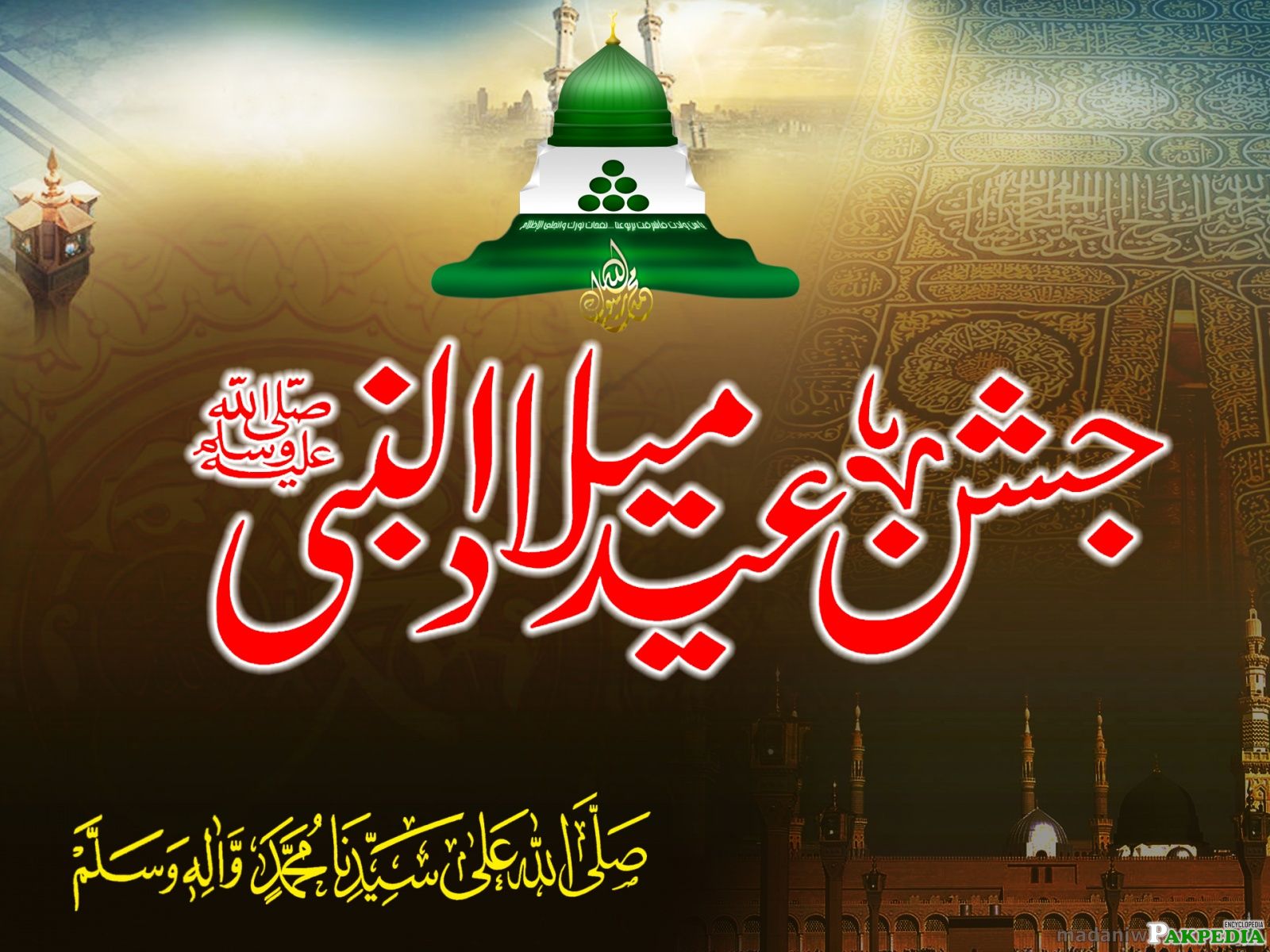 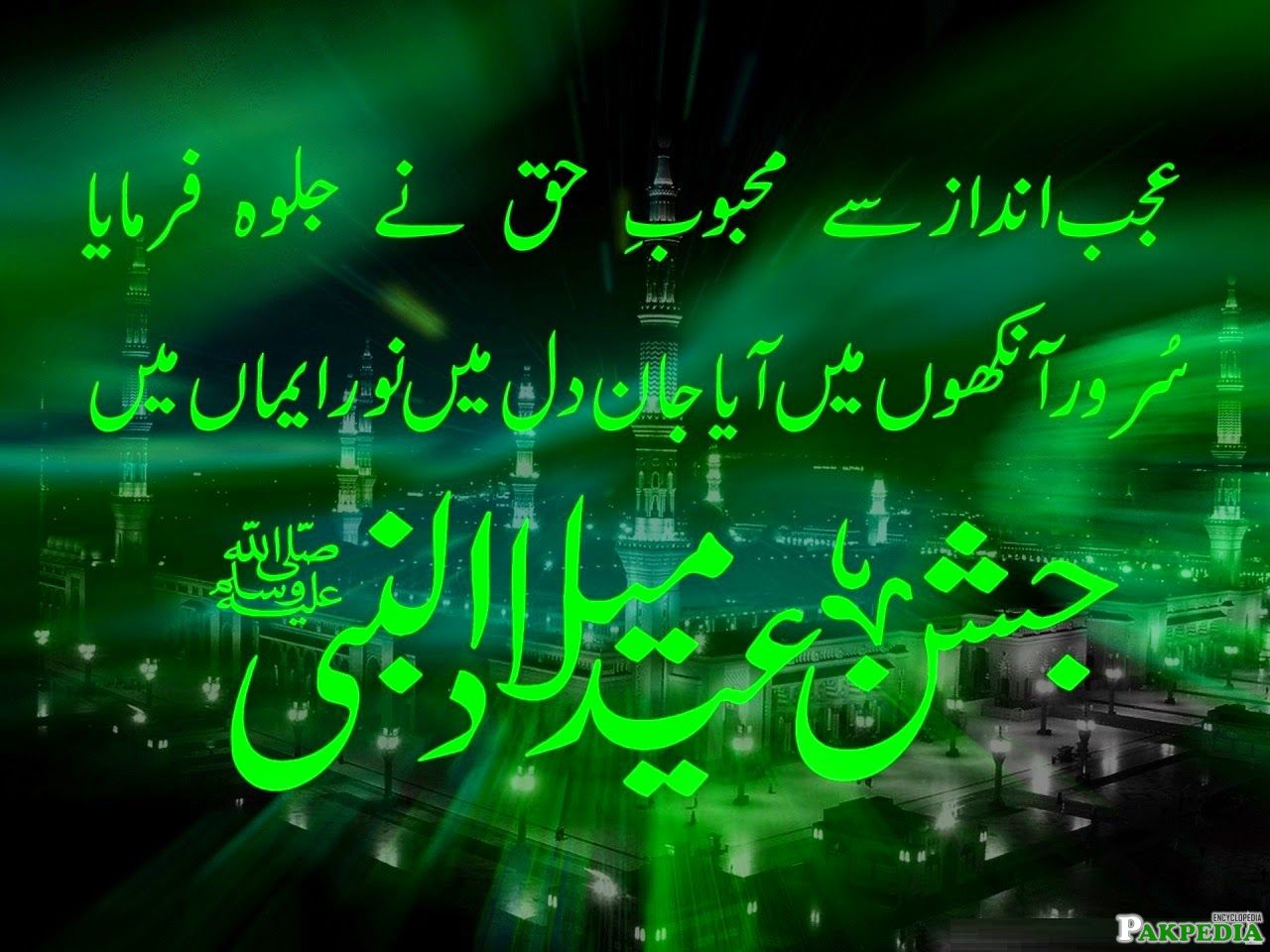 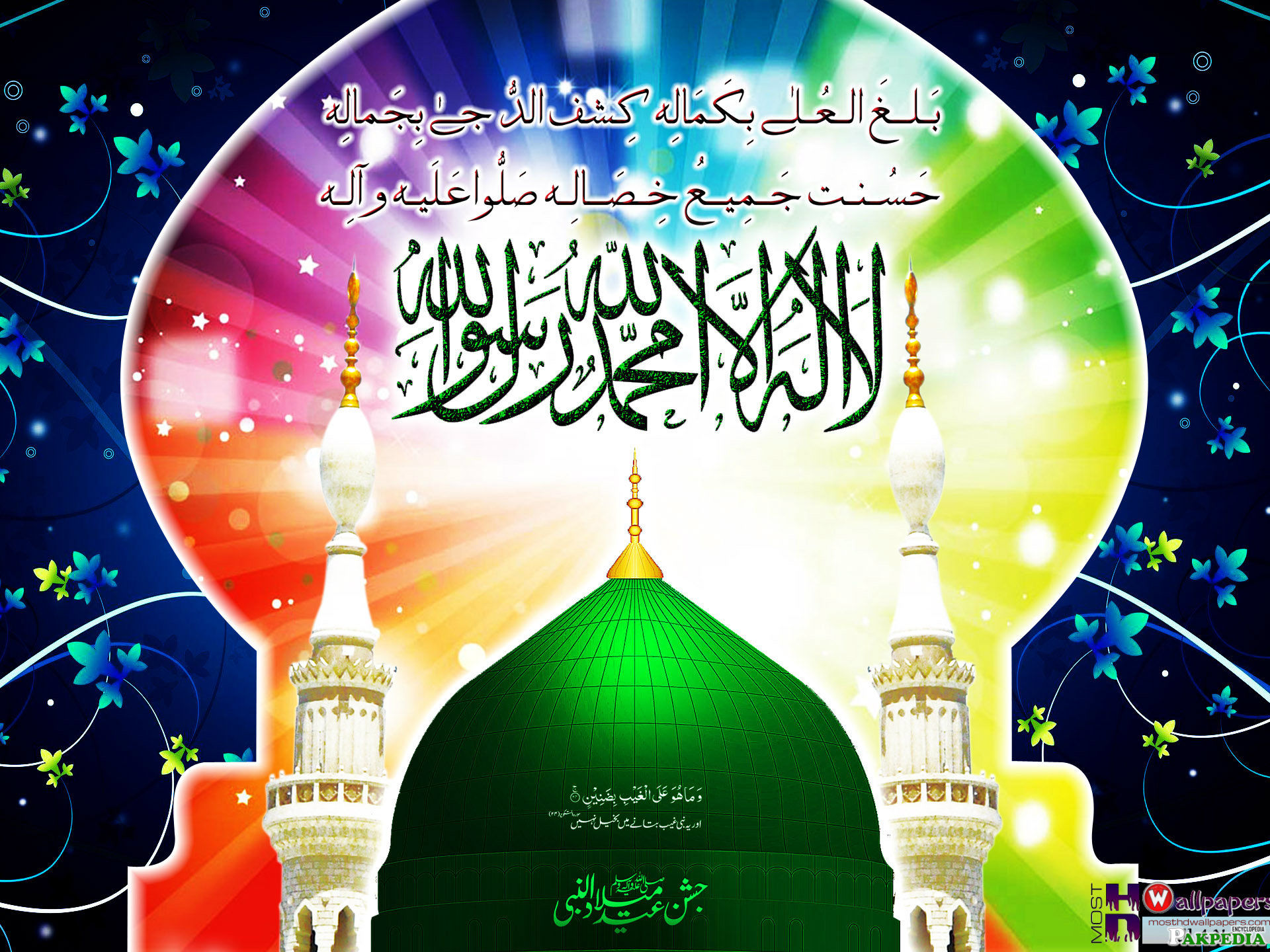 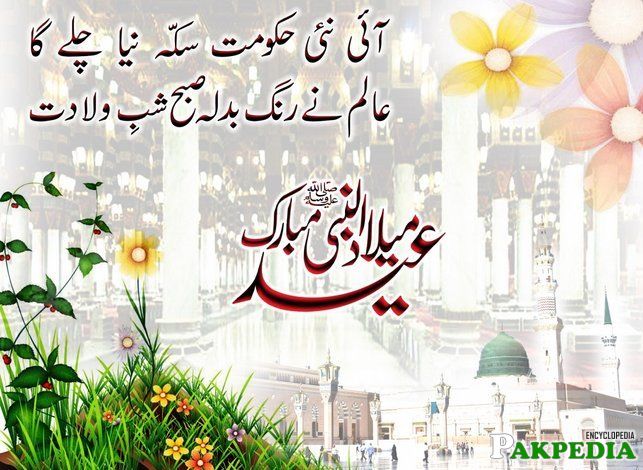 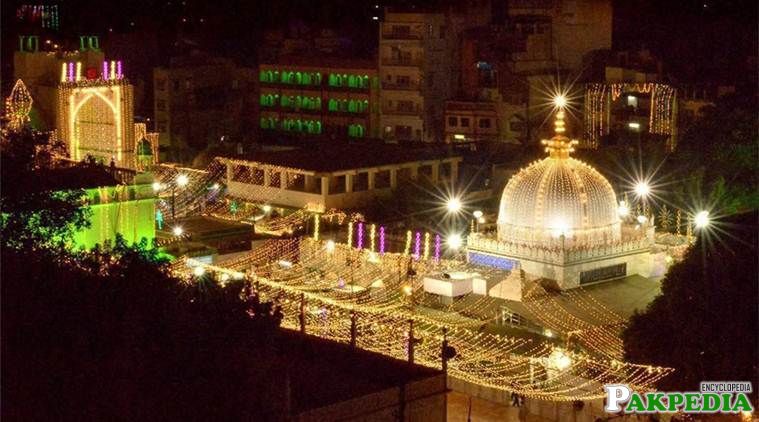 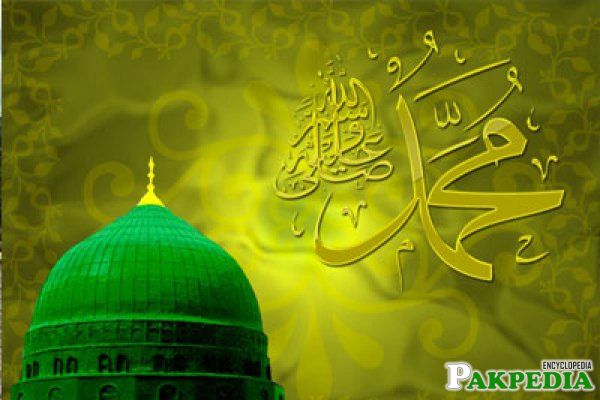 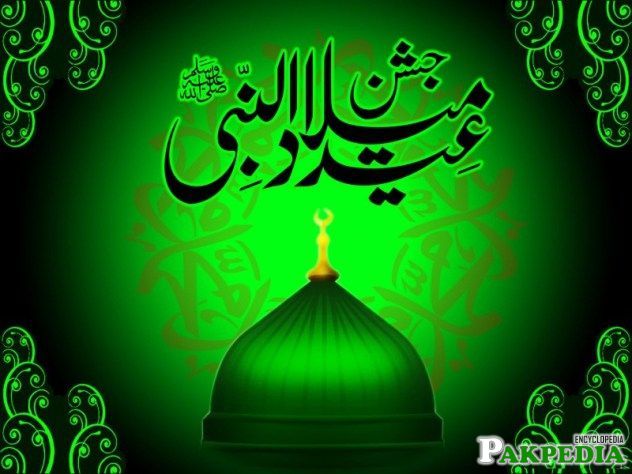 Rabi-ul-Awal Celebrated By Muslims all over the World

Eid Milad-un-Nabi (SAW), also celebrated as the the Holy Prophet Hazrat Muhammad (SAW) birthday, is a  Public Holidays in Pakistan . Sunni Muslims observe Milad-un-Nabi on Rabi-ul-Awwal (third month of the Islamic calendar).This Islamic Event celebrated all around the cities of Pakistan by Muslims at Schools,Colleges, Universities, Mosques, Roads and their Houses. 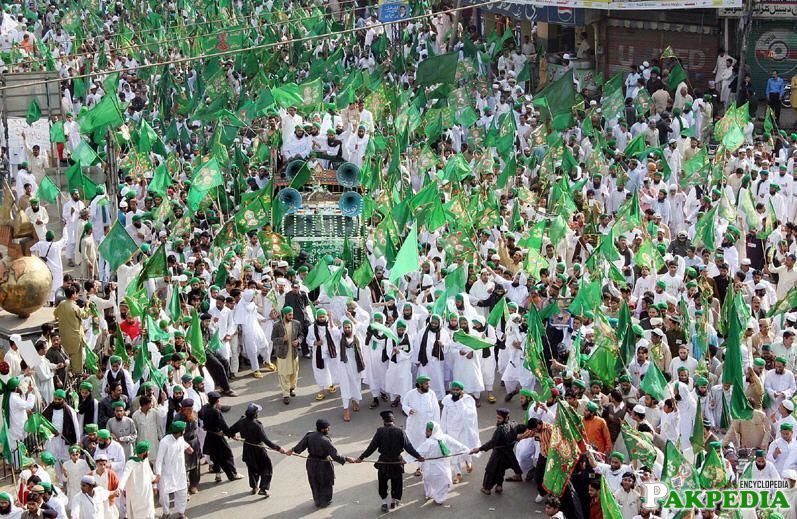 The day starts off with an official 31-gun salute at the federal capital and a 21-gun salute in provincial headquarters.[3] Salute 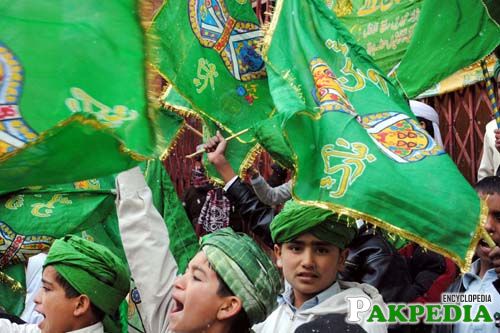 The national flag is hoisted on all major public buildings, governmental, non-governmental facilities, mosques and even households are tastefully decorated and colorfully illuminated at night.

Seerat conferences are organized at both federal and provincial levels where religious scholars and intellectuals come and shed light on the Prophet Muhammed’s life, sayings, teachings and philosophies. Naat (poetry written in praise of the Prophet) and Koran recitation competitions are also held where prizes are distributed among people who perform outstandingly in the above stated disciplines.[4]  Seerat Conferences

Distribution of Sweets and Foods 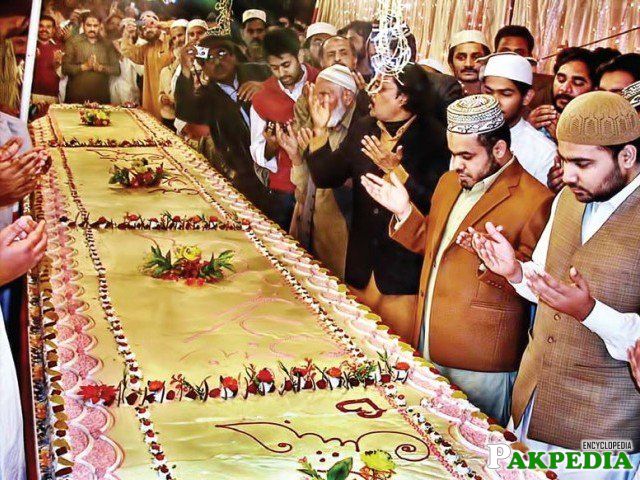 Many people also donate to charity. Food and sweets are distributed among the poor and the needy. Moreover, contributions are made to support orphanages, asylums for the physically and mentally challenged, and widows.

Special prayers are offered at mosques. Religious leaders and scholars preach the Holy Prophet Muhammed’s (SAW) teachings. Stories and incidents from his life of morals, such as forgiveness, kindheartedness, bravery, wisdom, honesty, and peace lovingness, are quoted.[5]  Special Prayers 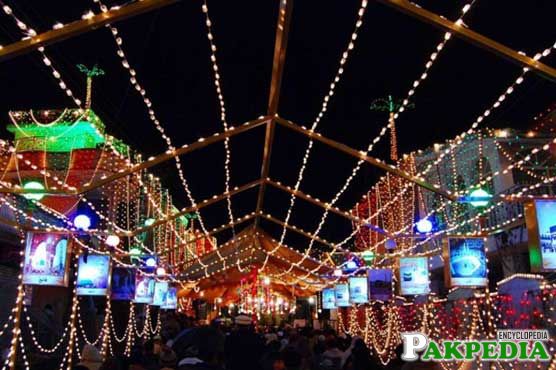 Milad-un-Nabi congregations, rallies and processions also take place in major cities across Pakistan. These processions usually start from a central location (central mosques or locations of public prominence), pass through designated routes, and end at the starting point.[6]  Start and End Event

Eid Milad-un-Nabi is a public holiday in Pakistan. All government and semi government offices, and most private offices, businesses, shopping malls, post offices and educational institutions are closed on this day.Those wishing to travel via public transport on the day will need to contact the local transport authorities on the public transport availability. Traffic may be disrupted because of Milad-un-Nabi processions on major routes.[7]  Publical Life 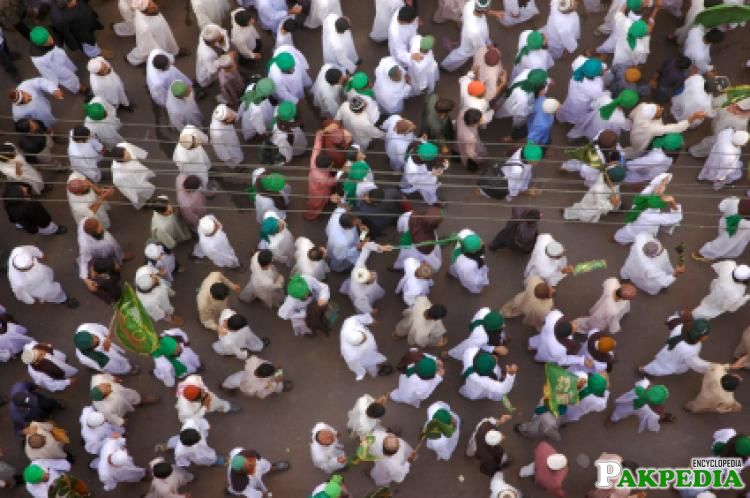 Green colored pennants are often seen during Milad-un-Nabi processions, on shrines,houses,buildings and mosques. Green is a color associated with the the Last Prophet Hazrat Muhammad (SAW) as being one of his favored colors. It is said that the Hazrat Muhammad (SAW) chose a green colored flag to represent the Islamic republic during his life. Candles and oil lamps (Chiragan) are lit on the eve of Rabi-ul-Awwal to welcome the Prophet’s arrival and to celebrate his birth.[8]  Green Color and Flag

Eid Milad-un-Nabi (SAW) is celebrated in most countries with large street processions, ralies and decorations of homes or mosques. Food and other offerings are distributed, and stories about the life of Prophet Muhammad are narrated. Poetry or naats are recited after prayers and sweets are distributed among the poor.[9]  Other Countries

It’s a day to remember the teachings and kindness of the holy Prophet and the faithful observe his birthday out of a desire to show their love and reverence of the Prophet.[10]  Conclusion
Disclaimer: As an encyclopedia, pakpedia.pk's articles contains shared information which has collected from different sources and people. We welcome everyone for corrections and updates, Thank you.