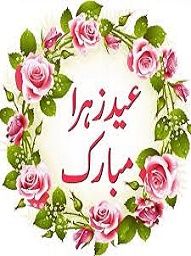 
Eid is an Arabic word which gives the meaning of festivity and celebration. The word "Shuja" stands for bravery and courage. Therefore, Eid-e Shuja is a day, The lovers of Ahlul Bait a.s celebrate to commemorate the courage and bravery of Imam Hussain a.s and his 72 faithful companions that were martyrdomed with cruelty in the massacre of Karbala. On this day, great Lady zahra a.s, only daughter of Holy Prophet s.a.w, smiled as the putrid assassins of Her s.a son were sent to the eternal fire of hell by hazrat Mukhtar Saqafi r.a, great follower of Ahlul Bait a.s. Therefore this day is also named as Eid-e Zahra s.a. 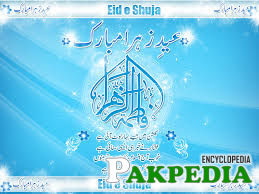 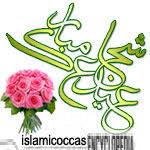 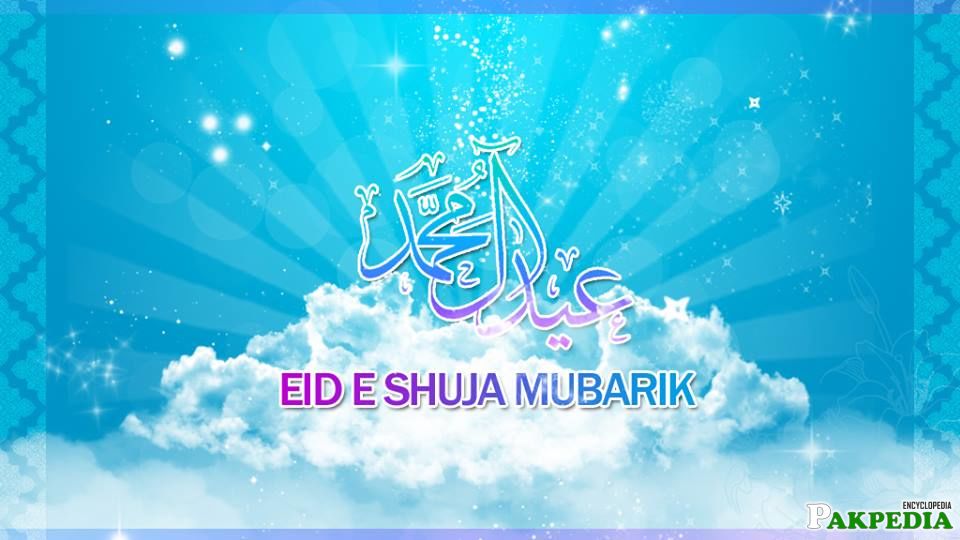 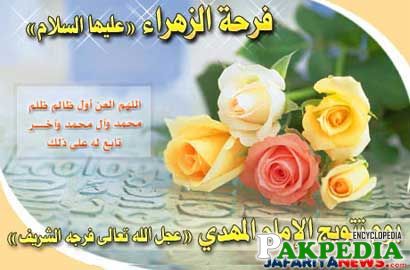 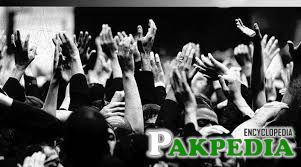 With heavy hearts, shi'a muslims take this opportunity to bid farewell to the Martyrs of Karbala as the Ayyam-e-Aza come to an end.They will have to wait for another year to witness and experience majalis, matam, Ashura, Arbaeen, mourning, and azadari at this scale.  They salute the Martyrs of Karbala and declare that they are with them, they are with you, surely they are against your enemies. They will endeavour to perform your Ziyarat, and will endeavour to shed tears in your remembrance every Thursday night. Furthermore, They will strive to apply the principles you stood for in their daily lives; the foremost of which is dedication and loyalty to the Imam of the Time (A). The extraordinary two-month period of Azadari (mourning) reaches its climax with the death of our 11th Imam, Imam Hassan Askari (as) on the 8th of Rabi al-Awwal. The day that follows, according to tradition, is the greatest Eid (celebration) for the lovers of the Ahlul Bayt (as), Known as Eid-E-Zehra, this day honours the daughter of Prophet Muhammad (peace be upon him and his family) as a day of great joy and happiness for the believers. This past 70-day period has witnessed the commemoration of the martyrdom of no less than six infallibles(Masoomen a.s) , The Holy Prophet Muhammad s.a.w, Imam Hassan a.s, Imam Hussain a.s, Imam Sajjad a.s, Imam Reza a.sand Imam Askari a.s. In addition, this period also have marked the death of other personalities such as Hazrat Abbas alamdar a.s, Bibi Masuma-E-Qum  s.a (Masooma-E-Qum) and the companions and friends of the Imam Hussain (as) on the plains of Karbala. Finally, after such a period of sorrow, the black cloths are removed from the places of worship and bodies, and go forth to implement the lessons learned during these last months. One of the important things that is realted to this day is the first official day of the leadership of 12th living Imam, Mahdi a.s ,Al-Hujjat ibn Hassan al-Askari . As narrated in Duas, Ziyaraat and traditions, the return of the 12th Imam will mark the revenge of the blood spilled in Karbala. It is with this important event that Shi'a celebrates Eid-E-Zahra and sincerely ask Allah (SWT) to hasten the return of His final proof. Through the justice that the Imam will show, this day will truly be marked as the day of Eid for Fatima al-Zahra (sa) and all her true followers. [1] period 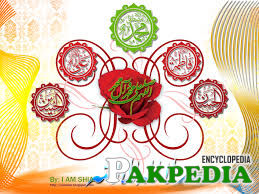 There are some historic events narrated by historians that mark the significance of day of 9th Rabi-ul Awwal. These events are described as under:

in regards to the importance of this day, it is noted that the Prophet Muhammad (pbuh) himself was seen smiling and 'celebrating' once in the gathering in the city of Madinah on this day while in the presence of Imams Ali, Imam Hassan and Imam Hussain (as) and said, "It is on this day that Allah (SWT) will destroy your enemies and the enemies of your grandfather and it is on this day when Allah (SWT) will accept the actions of your Shia and those who love you. This is the day when the words of Allah (SWT) came true where He said (in the Glorious Qur'an): 'So those are the houses fallen down because they were unjust ...' (27:52). And this is the day when the Pharaoh (Firawn) of the time of the Ahlul Bayt was destroye". ( REF : Beharul Anwar v95 pg 351). [2] smiled 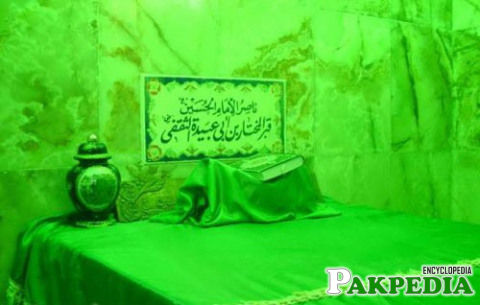 History tells that from Ashura - the day when Imam Hussain (A.S.) was slaughtered - till the day the heads of the killers of Imam Hussain (A.S.) were brought, no one of the Ahlul-Bayt (A.S.) paid any time to their own like combed their hair or anything like that, neither did anyone see smoke coming out from the house of the Ahl-e-Bayt-e-Rasool (A.S.). It was Mukhtar (R.A.) who managed to bring happiness after years of mourning in the house of the Ahlul Bayt (A.S.). After years of crying for Imam Husain (as) and his companions (as), it was this time of the year when Imam Ali bin Husain Zainul Abideen (as) had a smile on his face. He received the good news that the great companion and true Shia, Al-Mukhtar al-Thaqafy (as) has taken revenge for the Ahlul-bayt (as) and killed off many of the criminals who tortured the Ahlul-bayt (as) in Kerbala. Today we salute this great companion for his service to the true Islam. This was the day, in Rabi'a al-Awwal, when the rascal Omar ibn Sa'ad ibn abi Waqqaas , the killer of Imam Hussain (as) was killed by Hazrat Mukhtar (as) This was the wretched criminal who was the first one to shoot an arrow towards Imam Hussain (as) on the 9th of Muharram 61 A.H. thus formally starting the war against Imam Hussain (as) ! And he proclaimed, " "O people of Kufa and Shaam, be witness hereto on the Day of Judgment, that I am the one who is the first to shoot an arrow at Hussain " ! And saying this, he shot the arrow! Later, Imam Hussain (as) told them (the army of Yezid whose commander was this Omar ibn Sa'ad ibn abi Waqqaas ) after delivering an eye-opening Khutba, that he needs to have a night for prayers ! Al-Mukhtar announced the aims of his revolution in Masjid-e-Kufa, "I'll conform to Allah's Book and to His Apostle's Sunnah. I'll take the revenge on Imam Husain's killers. I'll fight against those who have broken Allah's laws. I'll defend the weak against the strong". On 9th Rabi-ul Awal, Mukhtar sent the heads of omar ibn-e saad, Ibn-e ziad and Shimar ibn-e Jaushan (may Allah curse on them), who played key role in massacre of Karbala, to Imam sajjad a.s in Madinah. When Imam a.s recieved the heads, He a.s gave a prostation of Thanks and gratitude in front of Allah saying, “Thanks to Allah for He took revenge from our enemies" and prayed for Hazrat Mukhtar (R.A.) in these words: "May Allah reward Mukhtar good.” It is only the lucky ones who have the opportunity to celebrate this Eid! This was the day, when for the first time after the massacre of His a.s father Imam Hussain (as) & his companions, that the 4th Imam (as) smiled! it is an enough excuse for the Ahlul Bait a.s lovers  to celebrate. For them, their joys are with the joys of Ma'soomeen (as) and their grief and sorrows are for them alone. [3] Mukhtar 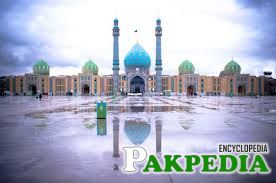 The two-month period of Azadari (mourning) reaches its conclusion with the assassination of the eleventh Shi’a Imām, Hasan al-Askari on the eight of Rabi al-Awwal 260 AH (approximately 4 January 874). This date signals the closure of a long mourning season during which bright clothes, extravagant purchases and overt celebrations are all considered inappropriate. Pious Shias are now allowed to resume their less restricted lifestyles, following a tradition that holds that the Prophet’s family itself shed its mourning garb on the ninth. This Eid day achieves more heights of honor, glory and excellence as on this auspicious day the crown of Imamat is passed to Imam of the era, the last 12th Imam Al-Mehdi (A.S.). A saying of Holy Prophet (S.W.) goes: "One who dies without knowing the Imam of his time, dies a death of ignorance.” Imam Al-Mehdi, Al-Qa'em, Saheb-ul Asr (A.S.) is the imam of this time and as the verse 71 of chapter Bani Israel of holy Quran says: "(Remember) The day (of Judgment) when we shall call every people with their Imam", we will be called and presented with our Imam on Resurrection Day. [4] crowning

Some Aamaal of this day as reported by scholars are as under:

All Islamic Events celebrated by all over the worl