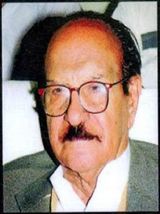 Nabi Baksh Khan Baloch was a famous scholar of the languages of Sindhi, Persian, Arabic, and Urdu.He wrote various books on the Sindh’s history and 42 volumes on Sindhi folklore. Additionally, he compiled and issued a Sindhi dictionary in 5 volumes which has lately been revised in 3 volumes. He also compiled Sindhi-to-Urdu; Urdu-to-Sindhi dictionaries co-authored and assist with Ghulam Mustafa Khan.He compiled the other works of classical poets of Sindh involving Shah Inayat Rizvi, Khalifo Nabibakhsh, Qadi Qadan, and Hamal Faqir and compiled the works of Shah Abdul Latif Bhittai in 10 volumes. Dr. Nabi Baksh Baloch, son of Ali Mohammad Khan Laghari Baloch, born in the year of 1917. Nabi Baksh Khan Baloch  was a revolutionary and passionate man. His place of birth was Sanghar but he did work for the world and particularly for the province of Sindh. He is extremely acclaimed Pakistani literary personality of the 21st century. His contribution and dedication for the “Sindhi Loc Adab” is notable and remarking, nobody can compete and never has done before. His contribution and devotion for “Sindhi Loc Adab” disclosed the history of province Sindh from various aspects; The individuals of Sindh acknowledge Dr. Nabi Bux Khan Baloch’s work for the Urdu language and also for Sindhi cultural Heritage and Background.[1] Early Life

When Nabi Baksh Khan Baloch was 6 years old his father left the world. Then, his uncle Wali Mohammad Khan became his mere guardian. In the year 1936, he passed the matric exams from Bombay University. For further studies he joined Bahaa-U-Deen College at the area of Johnagarh where he passed the degree of B.A in the year 1914.In 1941, he did BA honors first class from Bombay University, then an MA first class (first) and LLB from Aligarh University, where he made the company of luminaries such as Dr. Sir Ziauddin Ahmed, Nawab Bahadur Yaar Jang and Allama Inayatullah Khan Mashriqui and also joined the Khaksaar movement.[2]  Education  Baloch then moved to the US where he completed his MA and then took on a PhD in education from Columbia. He was a pioneer of the education department at Sindh University and was also appointed as VC of International Islamic University and Sindh University.

Baloch was also appointed as a member of Hijra committee and decided to translate 100 top books in Urdu in different western languages, but due to some hurdles he left the project.
He worked as a secretary of the Ministry of Culture and Education and also served the nation as the Chairman of National Institute of Historical and Cultural Research. Baloch was elected as a member of UNESCO’s international scientific committee on the history and civilization of central Asia

The inner thirst, dedication and passion of Dr. Baloch resulted in wonderful masterpieces.
He did immeasurable research work on a spectrum of disciplines such as ancient history of Sindh, Sindhi Lexicography, folklores, Makran civilization, Islamic history, literature, Shah Abdul Latif Bhitai’s work, languages of Kohistan and many more. Dr. Baloch has contributed some 150 books in Balochi, Sindhi, Saraiki, Persian, Urdu, Arabic and English.

Nabi Baksh Khan Baloch’s 1st critical research paper was published in the year 1946, in which he elucidated that the 1st Arab expedition to the province Sindh took place in the time period of 15 A.A and not in 24 A.H as it is generally organized by few scholars. Nabi Baksh Khan Baloch being a scholar represented the state Pakistan on various global literary seminars, gathering and corner meetings. In this link, he travelled to the states of America, Canada and countries of the globe.

He conducted research on the Shah Abdul Latif Bhittai and after that he reorganzied “Shah Jo Risalo” and wrote various other books on Shah Abdul Bhittai such as “Yaad e latif”, “Yaadgar latif” and various other research books. Nabi Baksh Khan Baloch wrote books in 6 different languages.

Baloch’s writing acquired the greatest standards in 3 primary categories. 1st remarkable literary merit. 2nd the most greatly original thinking in numerous branches of knowledge and 3rd is the thorough spiritual insight. Dr. Baloch also lost his wife in the year 2003.

and many more books[3] Bibliography

Books in Other Languages

In the year 1973, he became the VC (vice-chancellor) of the University of Sindh, Jamshoro. In the time period of 1975–1976 he was granted and awarded by “Nation Merit Professor.”

Dr Nabi Bakhsh Baloch, died of a cardiac arrest , the 6th of April 2011 at 3.00 am (morning), the first of Jamadil Awwal 1432 at his daughter’s residence at Qasimabad Hyderabad. After suffering a heart attack , 93-year-old, Dr Nabi Bakhsh was admitted to the Red Crescent Cardiac Hospital, where he breathed his last. His funeral was held in kot mir muhammed, dist: Khairpur. The information on the place of burial has been confirmed from those who attended the funeral and the newspapers report received so far that late Dr. N.A. Baloch was buried at the feet of Allama I.I. Kazi at Jamshoro, University of Sindh. His Janaza Salat was led by Mufti Mohammad Rahim Maulvi of Dargah Sharif. The alternate arrangement of burial had been considered at Kot mir muhammed by the grave of Dr Sahib’s mentor Tarik Miyandad Laghari if the University of Sindh had not allowed his burial at University of Sindh as he had requested in 2003. The government of Pakistan honoured Dr Baloch with several awards for his achievements.