Israr Ahmed (Urdu: ڈاکٹر اسرار احمد‎; 26 April 1932 – 14 April 2010; Msc, MBBS) was a prominent Pakistani Islamic theologian, philosopher, and an Islamic scholar followed particularly in South Asia as well as by a number of South Asian Muslims in the Middle East, Western Europe, and North America. [1]  “About the Founder: Dr. Israr Ahmad  [2] Hashmi, Salima. On the Philosophy of Dr. Israr Ahmed 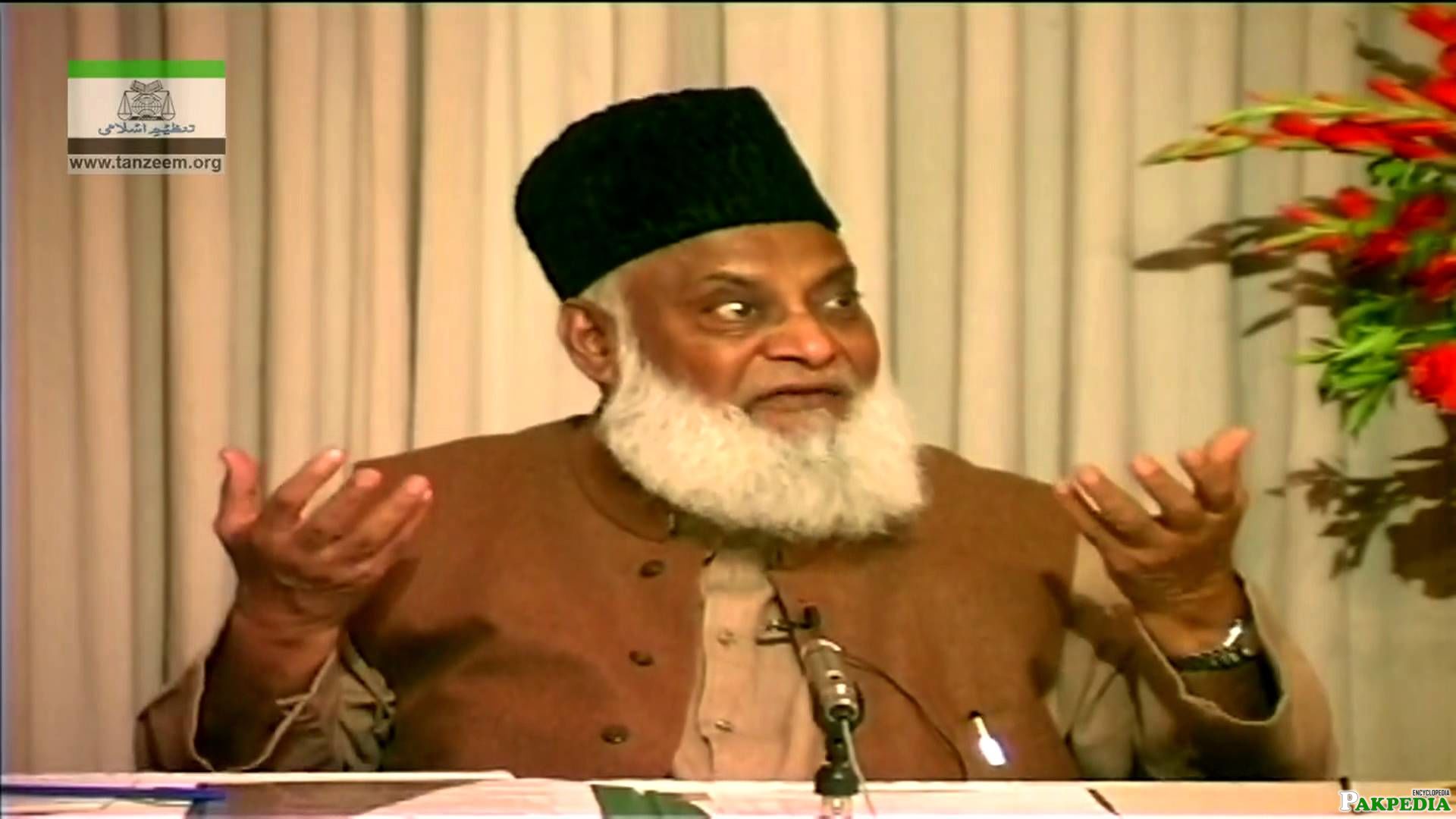 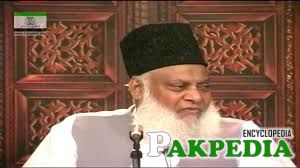 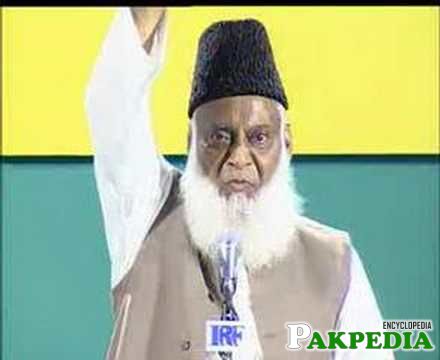 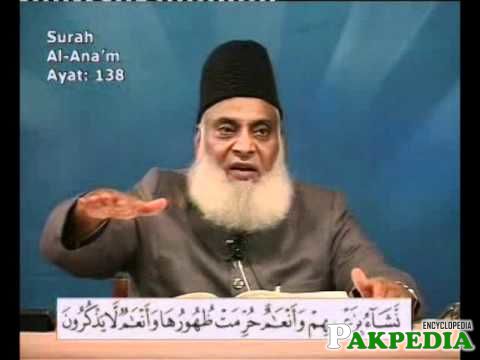 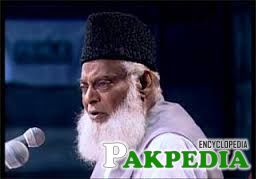 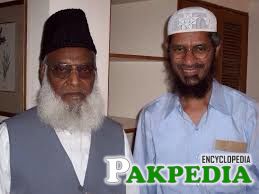 He was the founder of the Tanzeem-e-Islami and an offshoot activist of the rightist Jamaat-e-Islami.Ahmed wrote and published 60 books on different aspects of Islam and religion, nine of which were translated into English.Prior to that, he was a television personality and daily hosted a religious show on Peace TV. [4] Our Staff Reporter (15 April 2010).  Prominent scholar Dr Israr Ahmed dies

Israr Ahmed was born in Hisar, a province of East Punjab of British Indian Empire, on 26 April 1932. His father was a civil servant in British Government and had his family settled from Hisar to Montgomery, now Sahiwal, Punjab Province of Pakistan.

In 1950, he joined Jamaat-e-Islami led by Abul Ala Maududi, but left the party when the latter opted for participating in electoral politics in 1957. Ahmed resigned from the Jamaat-e-Islami in April 1957 because of its involvement in the national politics, which he believed was irreconcilable with the revolutionary methodology adopted by the Jama’at in the pre-1947 period. His interest in Islam and philosophy grew further and he subsequently moved to Karachi, Sindh Province in the 1960s where he enrolled in Karachi University. After submitting his thesis in 1965, he earned his MSc in Islamic Studies from Karachi University. [5] Peace TV. Dr. Israr Ahmad 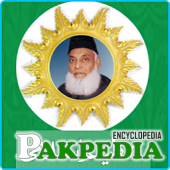 In 1967, Ahmed wrote and published the important philosophy book, the “Islamic Renaissance: The Real Task Ahead”, in which he briefly explained the abstract idea of the Caliphate system. He vehemently maintained that only by revitalising concept and importance of faith among the Muslims in general and intelligentsia in particular. His solution was to teach Qur’an in contemporary idiom backed by the highest level of scholarship. Commenting on scientific aspects, Ahmed wrote that “this undertaking would remove the existing dichotomy between modern physical and social sciences on the one hand, and Islamic revealed knowledge on the other.”

He criticised modern democracy and the prevalent electoral system and argued that the head of an Islamic state could reject the majority decisions of an elected assembly. Although he did not like to receive it personally, Ahmed was awarded Sitara-i-Imtiaz in 1981. He has to his credit over 60 books in Urdu on topics related to Islam and Pakistan, nine of which have been translated into English and other languages.[6] Mumtaz Ahmad, Media-Based Preachers and the Creation of New Muslim Publics in Pakistan, NBR Special Report 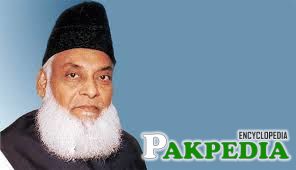 Dr. Israr Ahmad, the second son of a government servant, was born on April 26, 1932 in Hisar (a district of East Punjab, now a part of Haryana) in India. He graduated from King Edward Medical College (Lahore) in 1954 and later received his masters in Islamic Studies from the University of Karachi in 1965. He came under the influence of Allama Iqbal and Maulana Abul A`la Maududi as a young student, worked briefly for Muslim Student’s Federation in the Independence Movement and, following the creation of Pakistan in 1947, for the Islami Jami`yat-e-Talaba and then for the Jama`at-e-Islami. Dr. Israr Ahmad resigned from the Jama`at in April 1957 because of its involvement in the electoral politics, which he believed was irreconcilable with the revolutionary methodology adopted by the Jama’at in the pre-1947 period.

While still a student and an activist of the Islami Jamiyat-e-Talaba, Dr. Israr Ahmad gained considerable fame and eminence as a Mudarris (or teacher) of the Holy Qur’an. Even after resigning from the Jama`at, he continued to give Qur’anic lectures in different cities of Pakistan, and especially after 1965 he has, according to his own disclosure, invested the better part of his physical and intellectual abilities in the learning and teaching of the Qur’anic wisdom.

Dr. Israr Ahmad wrote an extremely significant tract in 1967 in which he explained his basic thought — that an Islamic Renaissance is possible only by revitalizing the Iman (true faith and conviction) among the Muslims, particularly their intelligentsia. The revitalization of Iman, in turn, is possible only by the propagation of the Qur’anic teachings and presenting the everlasting wisdom of the Book of Allah (SWT) in contemporary idiom and at the highest level of scholarship. This undertaking is essential in order to remove the existing dichotomy between modern physical and social sciences on the one hand and the knowledge revealed by Almighty Allah (SWT) on the other. This tract is available in English as “Islamic Renaissance: The Real Task Ahead”.

Dr. Israr Ahmad gave up his thriving medical practice in 1971 in order to launch a full-fledged and vigorous movement for the revival of Islam. As a result of his efforts, the Markazi Anjuman Khuddam-ul-Qur’an Lahore was established in 1972, Tanzeem-e-Islami was founded in 1975, and Tahreek-e-Khilafat Pakistan was launched in 1991.

Dr. Israr Ahmad first appeared on Pakistan Television in 1978 in a program called Al-Kitab; this was followed by other programs, known as Alif Lam Meem, Rasool-e-Kamil, Umm-ul-Kitab and the most popular of all religious programs in the history of Pakistan Television, the Al-Huda, which made him a household name throughout the country. Although he did not like to receive it personally, Dr. Israr Ahmad was awarded Sitara-e-Imtiaz in 1981. He has to his credit over 60 Urdu books on topics related to Islam and Pakistan, 9 of which have been translated into English and other languages.

In the context of Quranic exegesis and understanding, Dr. Israr Ahmad is a firm traditionalist of the genre of Maulana Mehmood Hassan Deobandi and Allama Shabeer Ahmad Usmani; yet he presents Qur’anic teachings in a scientific and enlightened way, being also a disciple of Allama Iqbal and Dr. Muhammad Rafiuddin, and also because of his own background in science and medicine. Concerning the internal coherence of and the principles of deep reflection in the Qur’an, he has essentially followed the thinking of Maulana Hameed Uddin Farahi and Maulana Ameen Ahsan Islahi, though even here he has further developed their line of argument. Dr. Israr Ahmad believes in a dynamic and revolutionary conception of Islam, and in this regard he is a disciple of Maulana Abul Kalam Azad and Maulana Sayyid Abul A`la Maududi.

For the last forty years or so, Dr. Israr Ahmad has been actively engaged not only in reviving the Qur’an-centered Islamic perennial philosophy and world-view but also reforming the society in a practical way with the ultimate objective of establishing a true Islamic State, or the System of Khilafah. He has widely traveled abroad and the audio and video tapes of his Qur’anic discourses in Urdu and English languages have circulated in thousands throughout the world.

Dr. Israr Ahmed relinquished the leadership of Tanzeem-e-Islami in October, 2002  on grounds of bad health and Hafiz Aakif Saeed is the present Ameer of the Tanzeem to whom all rufaqaa of Tanzeem renewed their pledge of Baiyah. [8] THE FOUNDER – DR ISRAR AHMAD (APRIL 26,1932 – APRIL 14, 2010)

Ahmed relinquished the leadership of Tanzeem-e-Islami in October 2002 on grounds of bad health and Hafiz Akif Saeed is the present Ameer of the Tanzeem to whom all rufaqaa of Tanzeem renewed their pledge of Baiyah.[9]  Health

He was popular for his lectures and debates on television over burning religious issues. He turned into a household name during the early ’80s thanks to a PTV programme, Al Huda.