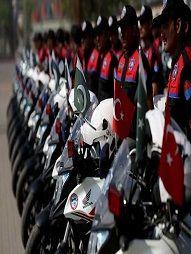 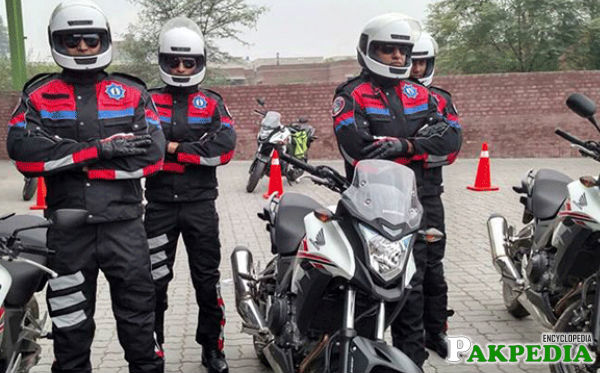 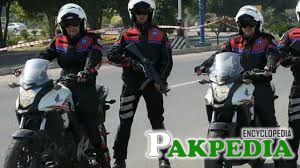 Dolphin Force is all time ready 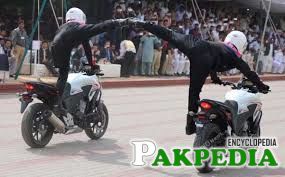 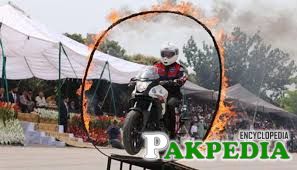 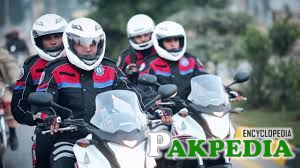 Dolphin Force has a good Equipment 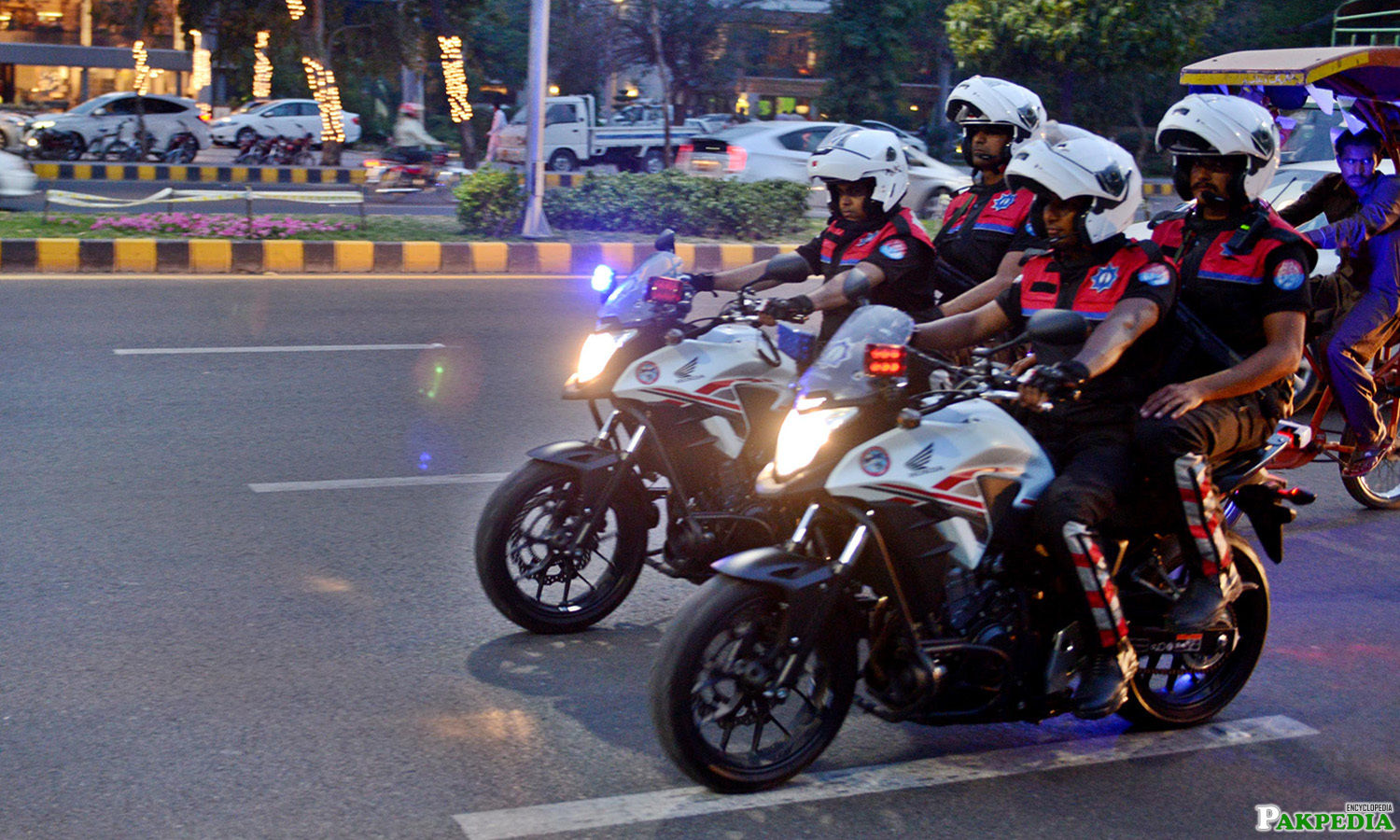 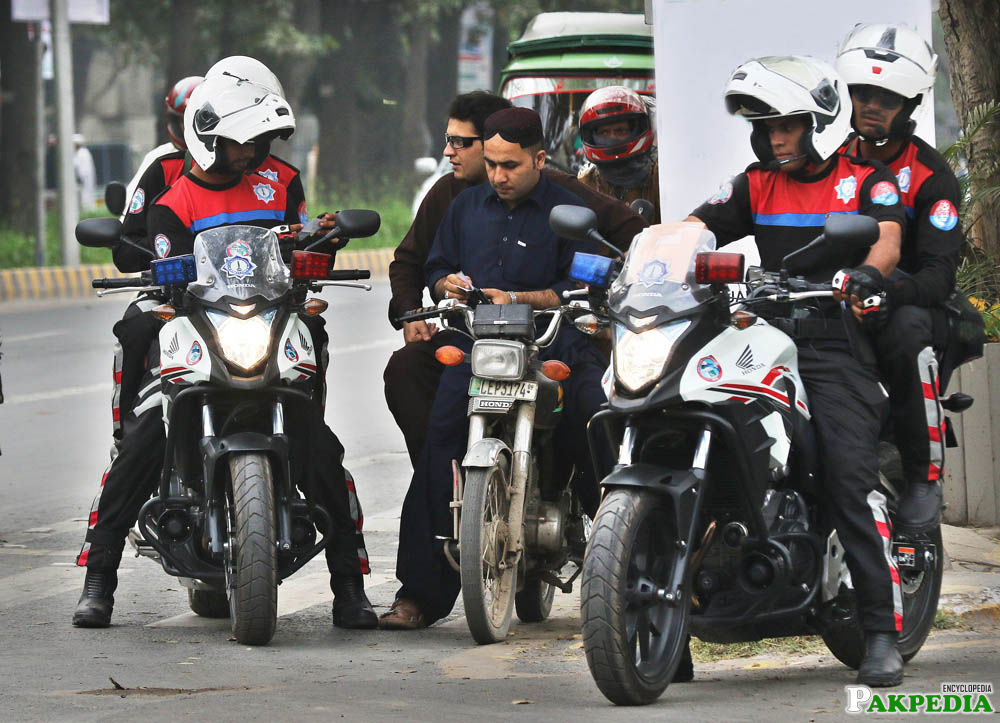 The DF’s first batch of officers is already plagued by ill planning and a lack of resources, a closer examination has revealed. The 700 officers on patrol have only been given one uniform each. Officers have eight-hour shifts daily and have no choice but to reuse the same uniform for their shifts the next day. Adding insult to injury, the Rs50,000 uniform is made out of parachute material, which is unsuitable for Lahore’s sweltering heat: four DF officers have fainted while on duty. To address this problem new cotton uniforms, to be made in Sialkot, have been requested. They will supposedly be ready within the next month. Another expensive error is the choice of 500CC Honda bikes. Bought for Rs1 million each, the DF was initially given 35, with a plan to eventually take the number of bikes up to 300.One wonders why such heavy bikes were chosen when there is not a single workshop in the city equipped to repair them. Any serious damage to the bikes would force the department to park them in the garage.[3] The DF’s first batch of officers is already plagued 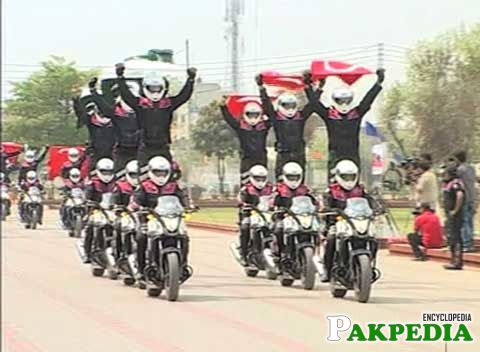 A Best prade by Dolphin Force

DIG Ashraf says the department is working to resolve this issue as well. “We have finalised a deal with Honda Pakistan,” he states. “They are bringing in equipment required to repair the bikes.” The helmets to be worn by the officers — bought at Rs35,000 apiece — are also unlikely to be put to full use anytime soon; the Bluetooth attached to the helmets has not been integrated into the force’s communication system yet. The officers were supposed to have cameras on their uniforms in order to record their interaction with the public, but given the expenses these have not been installed yet either. A much-touted tracking device has also not been put into place.[4] DIG Ashraf says the ---   department is working 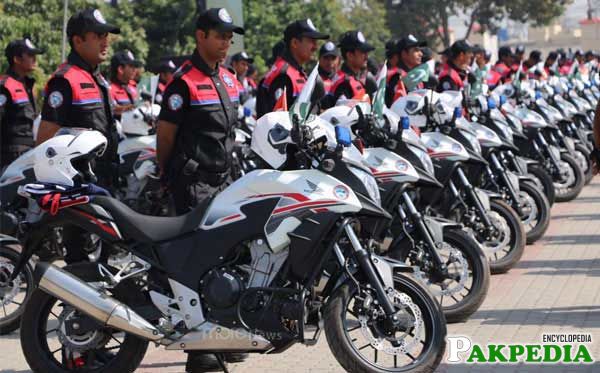 Allegedly, Rs50m was spent on training the master trainers — 25 police officers from Lahore who were flown to Turkey to be trained by their Turkish counterparts. After returning home, the master trainers were supposed to train the entire force. But 25 officers can only train so many individuals. They have to leave their active duty for three months to train their fellow officers, which reduces the number of officers available for patrolling.“If we want to train other candidates for the force, we’ll first have to master our skills on these bikes,” [5] Allegedly, Rs50m was ---------- spent on training 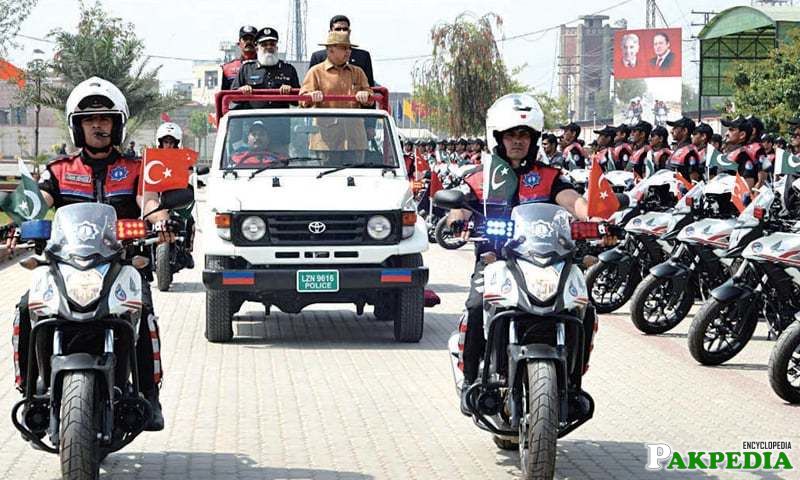 Dolphin Squad is upgraded force of Punjab Police which is much efficient against the street crimes. Punjab Government has taken this initiative as compare to other provinces of Pakistan and currently the performance of this force is praise able because it reaches the crime place as soon as possible and takes over the situation. [6] Dolphin Squad is upgraded force of Punjab
Disclaimer: As an encyclopedia, pakpedia.pk's articles contains shared information which has collected from different sources and people. We welcome everyone for corrections and updates, Thank you.

Mushaf ali Mir was chief of air staff of the Paki

Coast Guard means a service that deals with coasta

Shahbaz Sami is a First Pakistani Police Man who i

Balochistan Police has gone through a number of tr