Dina Wadia was the daughter and only child of the founder of Pakistan, Muhammad Ali Jinnah and his wife Rattanbai Petit. Her mother was a member of two of the elite class families of Bombay, the Petit–Tata family.In 1938, she married industrialist Neville Wadia, a member of the prominent Wadia family. [1]  Dina Wadia 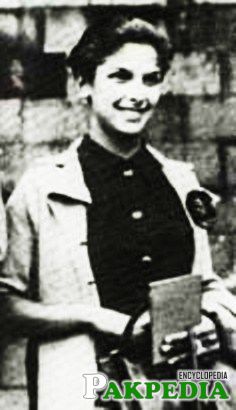 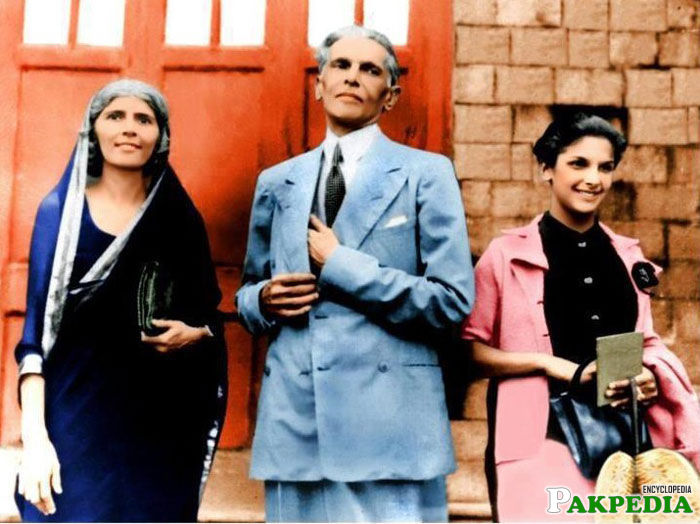 Dina Wadia with his father 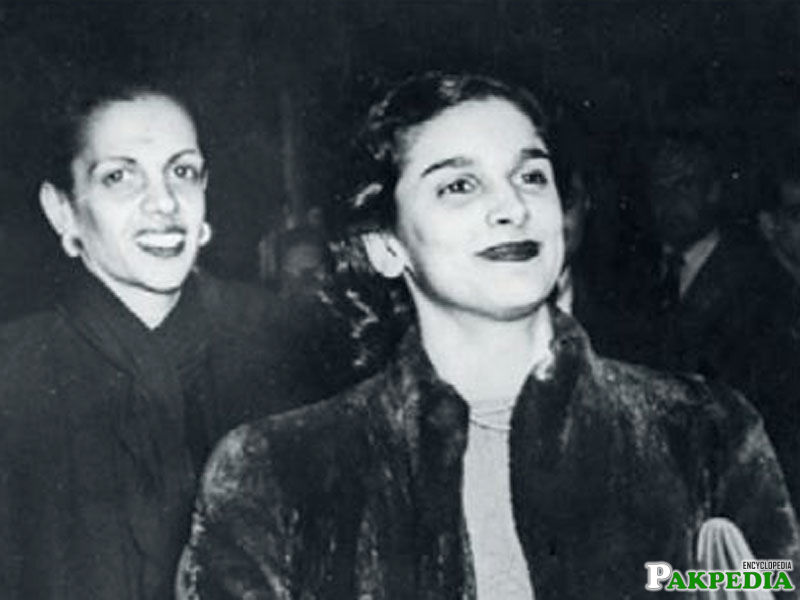 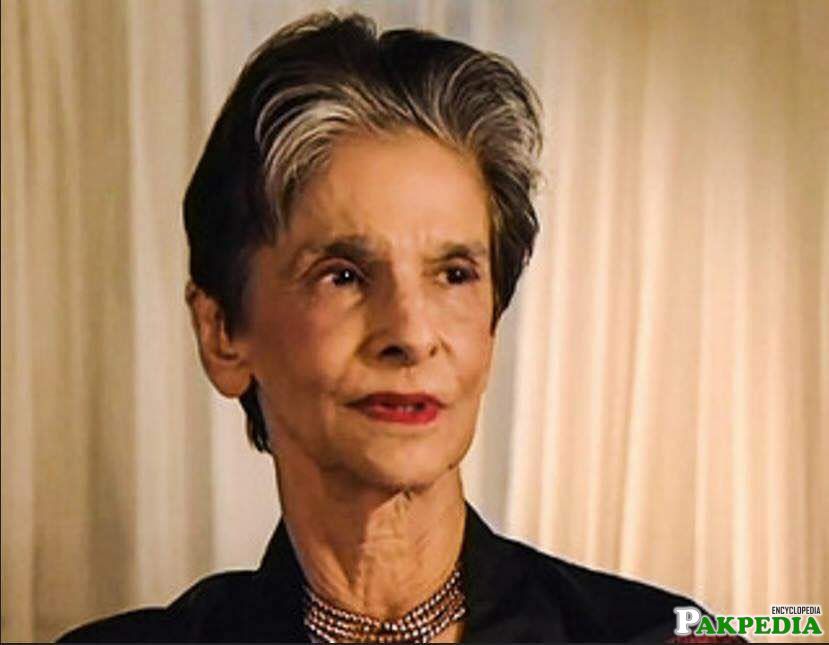 Fatima Jinnah and Dina Wadia at the Funeral of Quaid

Dina Jinnah was a premature child; her early arrival was expected by the family. Dina as a child was mysteriously elegant, agile and charming. She looked like her mother mostly. She is known to have her mother’s grin and was lively and snappish as only a “highly thought” of child would be.She was raised by Jinnah’s sister, Fatima Jinnah. Dina at an interview shared that she never shared a healthy connection with her aunt. She added that Fatima Jinnah was the only barrier between her and her father, as a child.As Jinnah’s chauffer Bradbury, Jinnah himself requested his sister Fatima Jinnah, “to teach her niece, Dina (Jinnah’s only daughter) about Islam and The Holy Qur’an“.[2]  Childhood 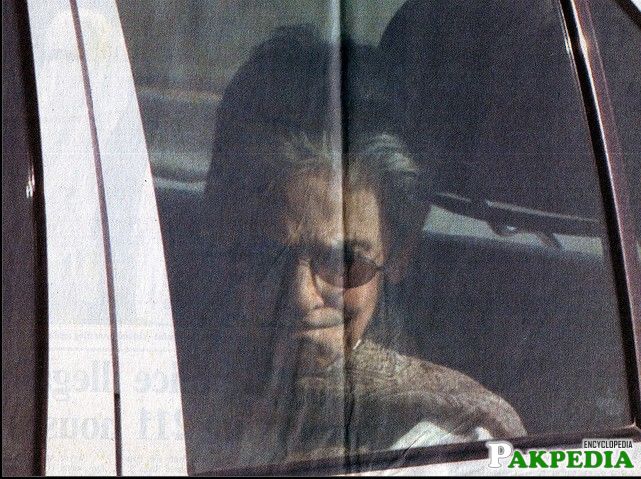 Dina’s education mostly took place between London and Bombay. It is said that she barely got any opportunity to interact more often with her father, Muhammad Ali Jinnah.

According to Stanley Wolperts Record

Jinnah found his sole comfort within his daughter, Dina, after his wife, Ratti passed away. This event took place a year after Ratti’s death in between 1930 – 1933.

Dina was raised as a Muslim. She was handed to her aunt, Fatima Ali Jinnah by her father, Muhammad Ali Jinnah. Fatima, her aunt tried to teach her Salaat and Quran. It is unknown if Dina ever preached Islam or followed day-to-day prayers.[3]  Religious Paradise

Dinas Relationship With Her Father 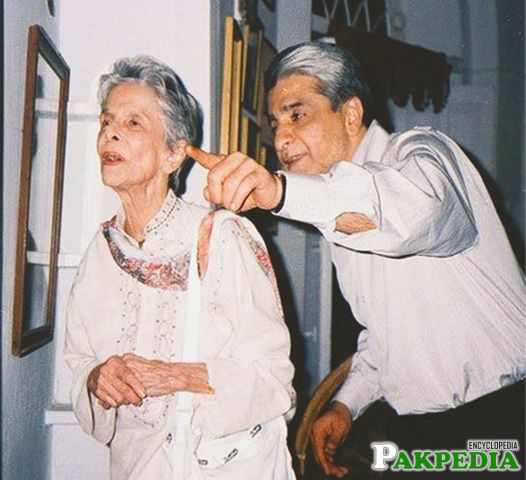 Dina as a child always believed that her aunt, Fatima Ali Jinnah was the main reason why she did not have a healthy relationship with her father, Muhammad Ali Jinnah. Dina’s education and Jinnah’s political activities kept both of them away from knowing each other better. However, Dina became apple of his father’s eye after her mother passed away. It wasn’t long until she expressed her affectionate desires for a non-Muslim man, and wished to accept his proposal. Jinnah raged against Dina’s decision of marrying a Non-Muslim man.

Dinas Marriage to an Indian Parsi

Muhammad Ali Jinnah tried to dissuade Dina’s decision to marry Indian born Parsi, Neville Wadia, who was born to a Parsi father and a Christian mother, but failed multiple times.Assistant of  Muhammad Ali Jinnah , Mahommedali Currim Chagla remembers a short conversation between Dina Wadia and Muhammad Ali Jinnah: “Jinnah, in his usual imperious manner, told her that there were millions of Muslim boys in India, and she could have anyone she chose. Reminding her father that his wife (Wadia’s mother Rattanbai), had also been a non-Muslim, a Parsi also coincidently, the young lady (Dina) replied: ‘Father, there were millions of Muslim girls in India. Why did you not marry one of them?’ And he replied that, ‘She became a Muslim”. Dina Wadia went against her father’s will and married an Indian Parsi, Neville. As soon as she married Neville, Jinnah supposedly disowned her in front of the society but there was no legal notice sent of her being disowned by her family. This event didn’t sustain for long and Jinnah met his only child later. It is also said that they both shared enormous amount of letters after her marriage.[4] Dina’s Marriage to an Indian Parsi

Dinas Relationship With Father After Marriage 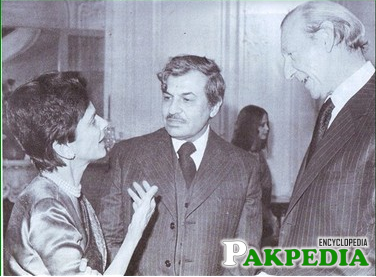 Father and daughter both established a very formal relationship. It is also said that Jinnah addressed her daughter Dina as “Mrs. Wadia” and not Dina. The Wadia’s continued to live in Mumbai after the partition and had two children later.

Dina has two kids with Neville, a son named Nusli Wadia and a daughter who were bound to no religion.

14th August 1947: It is said that Dina was invited by her father in the year 1947 to accompany him in  Pakistan . There is no such record of her regretting to join her father for his victory but since her entire family was settled in Bombay she wasn’t seen at any event in Pakistan.

9th September 1948: Muhammad Ali Jinnah , Founder of  Pakistan , passed away on 9th September 1948. Dina was invited by  Liaquat Ali Khan . A chartered plane was sent for Dina to Bombay by him from Karachi. Dina Wadia was seen mourning on her father’s funeral. She returned immediately after her father’s death, which was also her first visit to Pakistan.

March, 2004: Dina Wadia visited Lahore, Pakistan in 2004. She visited Pakistan to witness a cricket match between India and Pakistan. Matches played between India and Pakistan is considered as an enchanting aspect that demonstrated an entirely new stage between both countries’ relationship. Dina considered these matches as “cricket diplomacy” and had similar thoughts about them. It was very emotional for her to visit Pakistan as a foreigner, and as an old woman being the daughter of the founder of the nation. 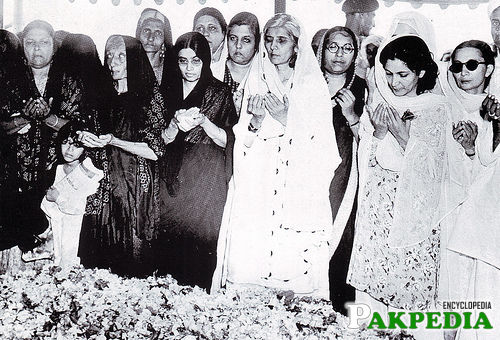 Image at the Death of Quaid-e-Azam

During the politically crucial years foregoing to the formation of Pakistan, Jinnah built himself Jinnah house in Mumbai, India. Jinnah Mansion was exclusive and was designed by a British architect, Claude Batley.Dina Wadia at the time, who was residing in New York, demanded the prime minister of India to hand her Jinnah mansion as she was the only heir of  Muhammad Ali Jinnah . The mansion is worth $60 million now.[5] Enter Reference Here

Dina Wadia, the daughter of Quaid-e-Azam Muhammad Ali Jinnah, passed away at her residence in New York on Thursday, a spokesperson of Wadia group said.She was 98.She was suffering from pneumonia (a bacterial lung infection).[6]  Death

Jinnah’s daughter last visited Pakistan in 2004 during a landmark cricket series between Pakistan and India on the invitation of former president General (retd.) Pervez Musharraf. She considered cricket diplomacy to be an enthralling dimension.Wadia had never visited Pakistan since her father’s funeral in September 1948.She had also visited the mausoleum of Madar-i-Millat Fatima Jinnah to pay respects to her aunt.
Disclaimer: As an encyclopedia, pakpedia.pk's articles contains shared information which has collected from different sources and people. We welcome everyone for corrections and updates, Thank you.

Begum Zeb-un-Nissa was the eldest daughter of Aur

One of the most controversial personalities in the