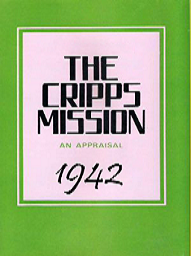 The Government of India Act 1935 -building on the Round Table Conferences, Simon Commission and previous GOI Act of 1919- required the establishment of an All-India Federation, which would allow Indians to take a larger share of governance at the highest level. However deep differences between the princely states and the Congress, as well as between the Muslim League and Congress had delayed progress. Instead, only the provincial portion of the Act was carried out. 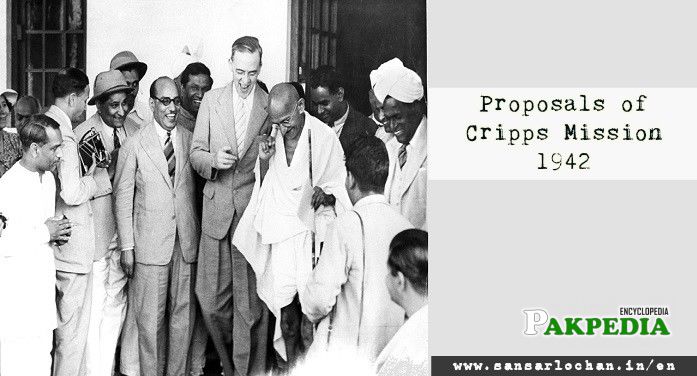 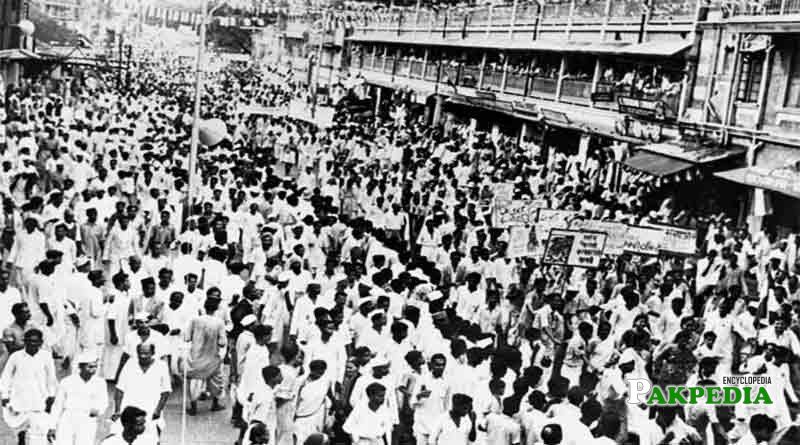 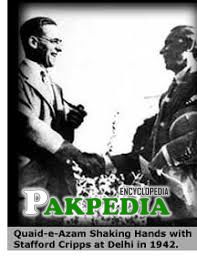 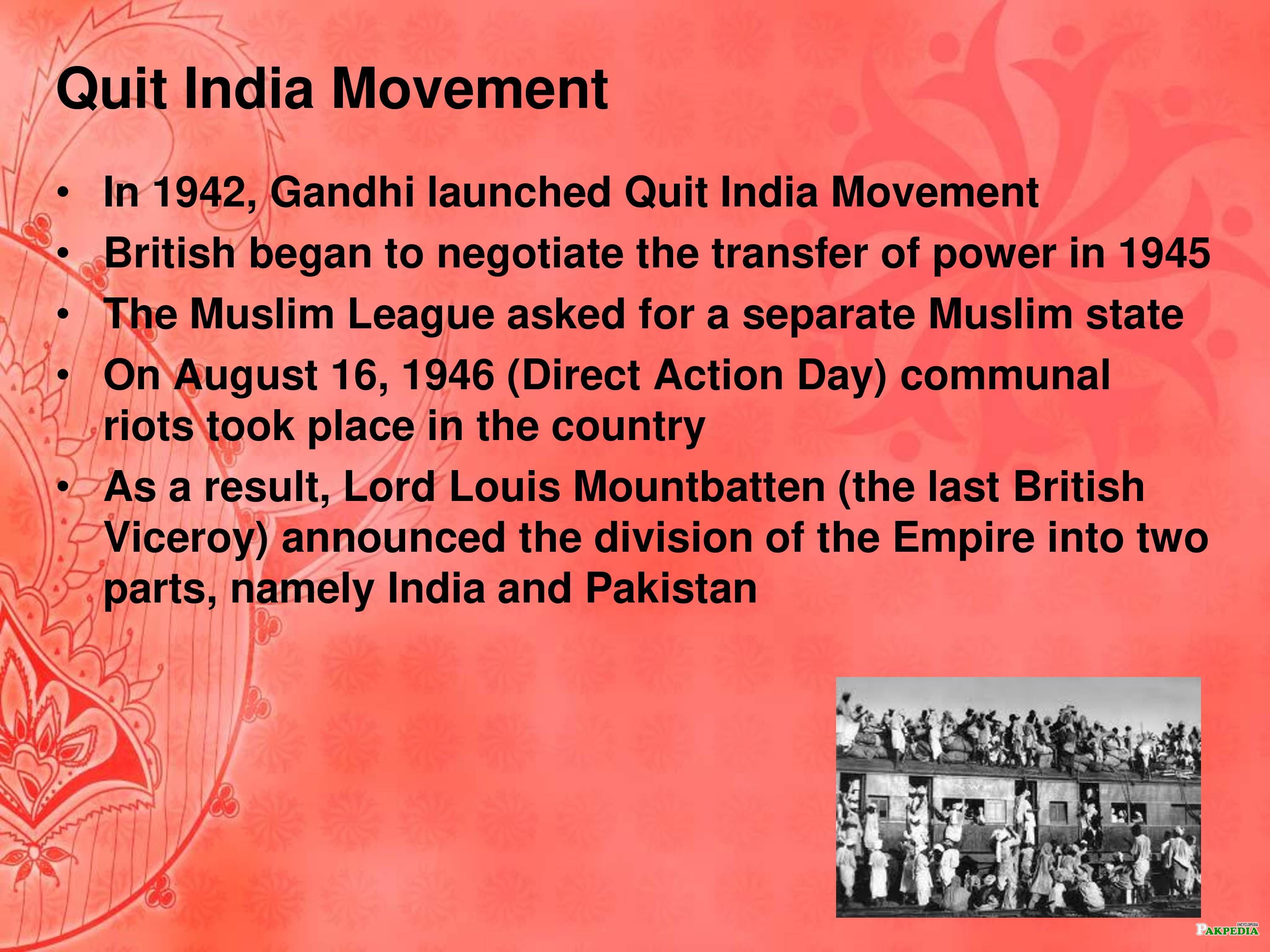 The British faced some major military setbacks during the Second World War, not only in Europe in 1940 and 1941, but also at the hands of the japanese who entered the war at the end of 1941 and supported Germany . Although the viceroy , Lord Linlithgow, was offended by Congress moves during the war , he was overruled on the need to try to come to an arrangement with Congress leaders . Sir Stafford Cripps, a member of the British Cabinet, was sent by the British prime minister to see if a compromise with the Congress Party could be reached. The Cripps Mission's official role was to explain to the Indian parties just how serious the Japanese threat to India was and to see if the British could persuade the Congress leadership to support the war effort.

The Cripps mission was an attempt in late March 1942 by the British government to secure full Indian cooperation and support for their efforts in World War II. The mission was headed by Sir Stafford Cripps, Lord Privy Seal which held the rank of a senior minister, and leader of the House of Commons. Cripps belonged to the left-wing Labour Party, traditionally sympathetic to Indian self-rule, but was also a member of the coalition War Cabinet led by the Conservative Prime Minister Winston Church.

Cripps was carrying with him the framework of a proposal which the British government was willing to offer .The crux of the British proposal was an Indian Union which would have full dominion status after the war. Further , the Cripps Commission proposed that once the war ended a Constitution . The British government offered to hold elections with this objective in mind immediately after the war. On the other hand, the defence and finance departments were to be retained by the British during the war and provinces could opt out of a future federation . The Congress Party was furious at the suggestion that some provinces could opt out of the proposed Indian Union and negotiate their own independence from the British. Numerous rounds of meetings took place between Cripps and the Congress leaders but ended in a deadlock. The Congress demanded immediate and full control over the central government and objected to the proposed right given to province to opt out of the federation.

The Muslim League , too rejected the Cripps Plan on the grounds that it did not concede Pakistan . The fact that Muslim provinces would be given the right to opt out of the proposed Indian Union at a future date, however meant that the British finally realized that the rights of Muslims had to be protected. Cripps believed that if the Congress would accept the deal , the Muslim League could also be persuaded to agree . The Crispps Mission showed the Congress Party just how desperate the British were to resolve the situation, so the Congress was in no mood to offer any concessions they did not agree with . For the first time, it was becoming obvious to all that the British were going to have to leave the subcontinent very soon. It was no longer a question of weather the British would leave but when , Gandhi could now afford to dismiss the Cripps Plan as 'a post-dated cheque on a failing bank'. The fact that the British were desperately negotiating from a weak position was not lost on the Congress Party .Â

After Cripps had returned to England the Congress met in May 1942 at Allahabad. Gandhi suggested that as Japan's war was with Britain, if the British were to leave India, Japan had no need to attack India. If the Japanese did attack , Gandhi proposed that the Indians would resist them 'non-violently'. In August 1942 , Gandhi's suggestion culminated in the call by the Congress Working Committee for the immediate withdrawal of the British from India. This 'Quit India Â  Resolution', as it was called was to be followed by open non-violent civil disobedience and resistance to British rule. Gandhi called the Quit India Movement a 'do or die' attempt to force the British out . The British responded firmly by arresting Gandhi , Nehru , Azad and other senior Congress leaders , as well as by banning the Congress Party . The resulting disorder was the most serious Challenge to British rule since 1857, according to the viceroy , but was relatively short-lived . By the end of September , the British felt the situation was under control . It is significant that no other political party responded to the Congress call and the Muslim League maintained its position of neither supporting the British nor advocating anti-British resistance for the duration of the war . The Quaid termed the Quit India Movement 'blackmail' and suspected that the Congress Party wanted the British to leave so that they could assume control immediately and force all Â other parties to deal with them on their own terms. Â  [1] Cripps Mission