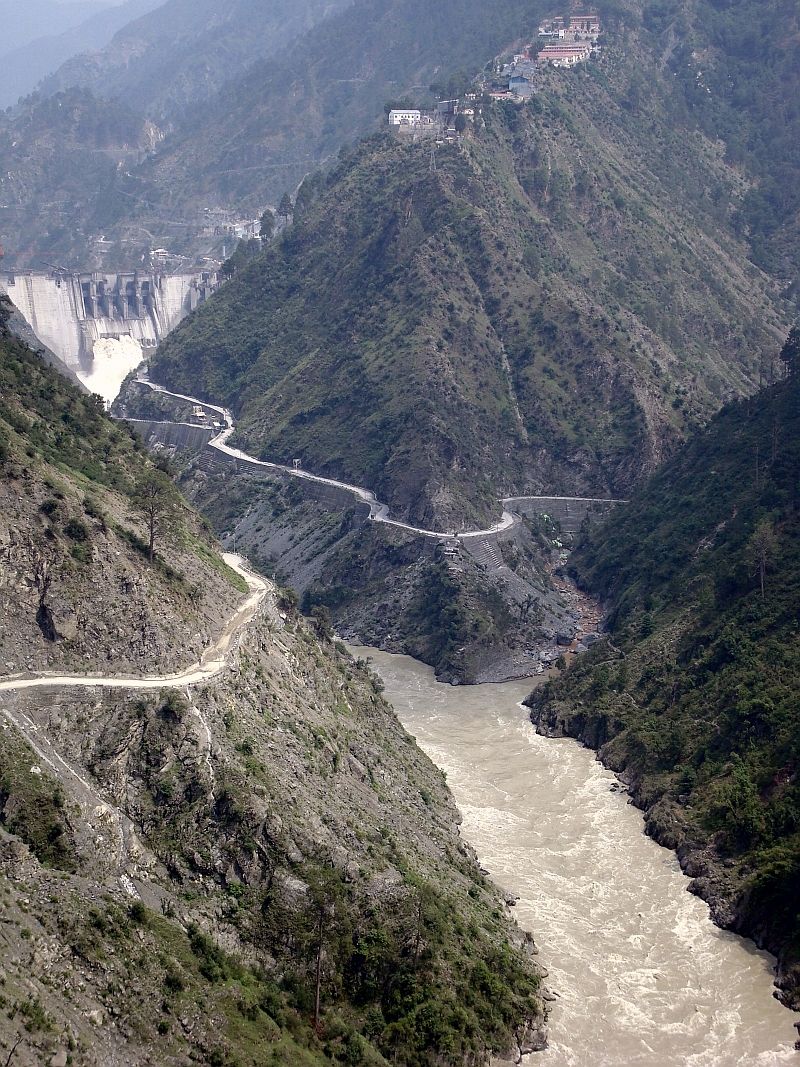 Chenab is one of the “five rivers” of the Punjab, 675 mi (1,086 km) long, rising in the Pakistan's state of Punjab and flowing North West through the Kashmir Himalayas, then South West through to join the Sutlej River.The waters of the Chenab are allocated to Pakistan under the terms of the Indus Waters Treaty.[1] Chenab is one 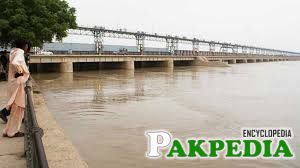 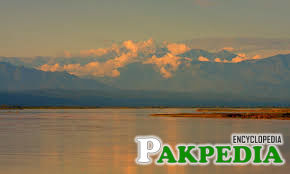 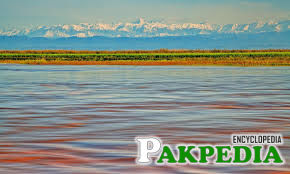 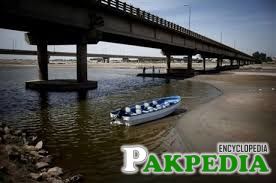 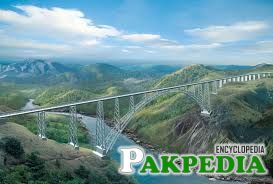 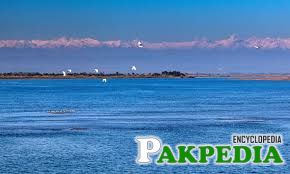 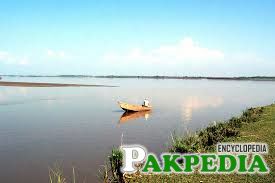 Chenab River is formed by the confluence of the Chandra and Bhaga rivers at Tandi located in the upper Himalayas in the Lahul and Spiti District of Himachal Pradesh, India. In its upper reaches it is also known as the Chandrabhaga. It flows through the Jammu region of Jammu and Kashmir, India into the plains of the  Punjab , forming the boundary between the Rechna and Jech interfluves (Doabs in Persian). It is joined by the Jhelum River at Trimmu تریمو and then by the Ravi River Ahmadpur Siyaal احمدپورسیال. It then merges with the Sutlej River near Uch Sharif to form the Panjnad or the 'Five Rivers', the fifth being the Beas River which joins the Satluj near Ferozepur, India.[2] wikimapia - org The river was known to Indians in the Vedic period as Ashkini   or Iskmati and as Acesines to the Ancient Greeks . In 325 BC, Alexander the Great allegedly founded the town of Alexandria on the Indus (present day Uch Sharif or Mithankot or Chacharan) at the confluence of the Indus and the combined stream of Punjab rivers (currently known as the Panjnad River).[3] chenab river - history

This river has been in the news of late due to the steps taken by the Indian government to build a number of hydropower dams along its length (in India) most notably the Baglihar hydel power project(expected time of completion 2008). This is a result of the Indus Basin Project. These planned projects on Chenab have been hotly contested by Pakistan which says that India is breaking the terms and clauses of the Indus water treaty by storing and channelling the waters of this river, a claim totally rejected by the Indian government. [4] Important Imformation

As per the terms of the Indus Water Treaty, the waters of Chenab have been allocated to Pakistan. Baglihar Dam also called Baglihar Hydroelectric Power Project was constructed in two phases on Chenab River in the southern Doda district. There was a great deal of design controversy, with Pakistain claiming that the project violated the terms of Indus Water Treaty. However, in 2010 all the related issues were amicably resolved. The Chenab River holds an important place in the life of people of Punjab and plays a crucial role in the iconic Heer Ranjha and Sohni Mahiwal tales. [5] Verdict -  Verdict

The Chenab then joins the Indus at Mithankot. The total length of the Chenab is approximately 960 kilometres. [6] Length of - Chenab

The high flood situation is also expected in the local nullahs including tributaries of river  Chenab including Hill Torrents of D.G. Khan Division during the same period.The actual river flows and reservoir elevations indicates that Tarbela and Mangla reservoirs are at elevations of 1513.30 feet and 1225.75 feet respectively, which are 36.70 feet and 16.25 feet below their respective Maximum Conservation Levels of 1550.00 feet and 1242.00 feet.According to Flood Forecasting Division, Lahore, yesterday’s Depression over Gujarat (India) remained stationary. However, it has weakened and converted into well marked Low. It is likely to move further North-Northeastwards.As predicted by the Flood Forecasting Division, Lahore, widespread thunderstorm/rain with heavy falls at scattered places and very heavy falls at isolated places is expected over the upper catchments of Rivers Jhelum, Chenab, Ravi and Sutlej including Rawalpindi, Gujranwala, Sargodha, Lahore, Faisalabad, Sahiwal, Multan, D.G. Khan and Bahawalpur Divisions during the next 24 hours.[7] ISLAMABAD: The Federal - Flood Commission

Having spilled huge devastations across Punjab, River Chenab is now entering Sindh. Advisory has been issued for the localities living nearby.[8] River Chenab is now entering Sindh - samaa.tv
Disclaimer: As an encyclopedia, pakpedia.pk's articles contains shared information which has collected from different sources and people. We welcome everyone for corrections and updates, Thank you.

Balochistanis blessed with eye-catching tourist at

River Indus, which is one of the largest rivers of

Haro is the name of a river that flows through par

A river is usually defined as the natural waterway