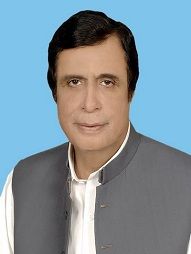 Chaudhry Pervaiz Elahi born in Gujrat, Pakistan on November 1st, 1945. He hails from a very prominent and influential political and business family and his father Chaudhry Manzoor Elahi is the brother of Late Ch. Zahoor Elahi, a seasoned parliamentarian who played a major role in restoration of democracy and human rights in the country and was awarded "PRISONER OF CONSCIENCE" by the amnesty International. He was assassinated in a terrorist attack on 25th September, 1981. Ch. Pervaiz Elahi is the first cousin of Chaudhry Shujat Hussain, President Pakistan Muslim League. His elder son Moonis Elahi is a well known young political leader of Pakistan.[1] Chaudhry Pervaiz Elahi -----   born in Gujrat 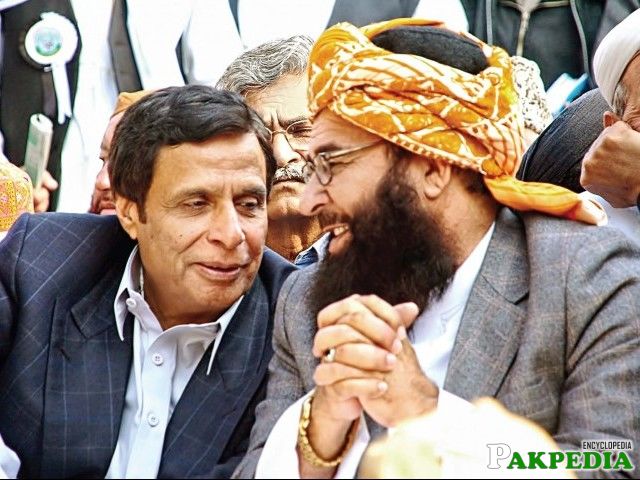 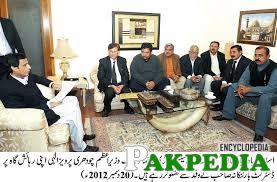 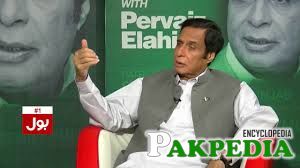 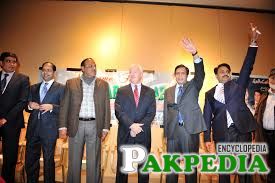 Chaudhry Pervaiz Elahi is some where 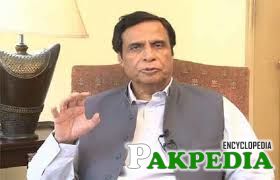 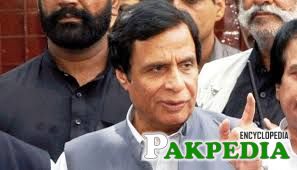 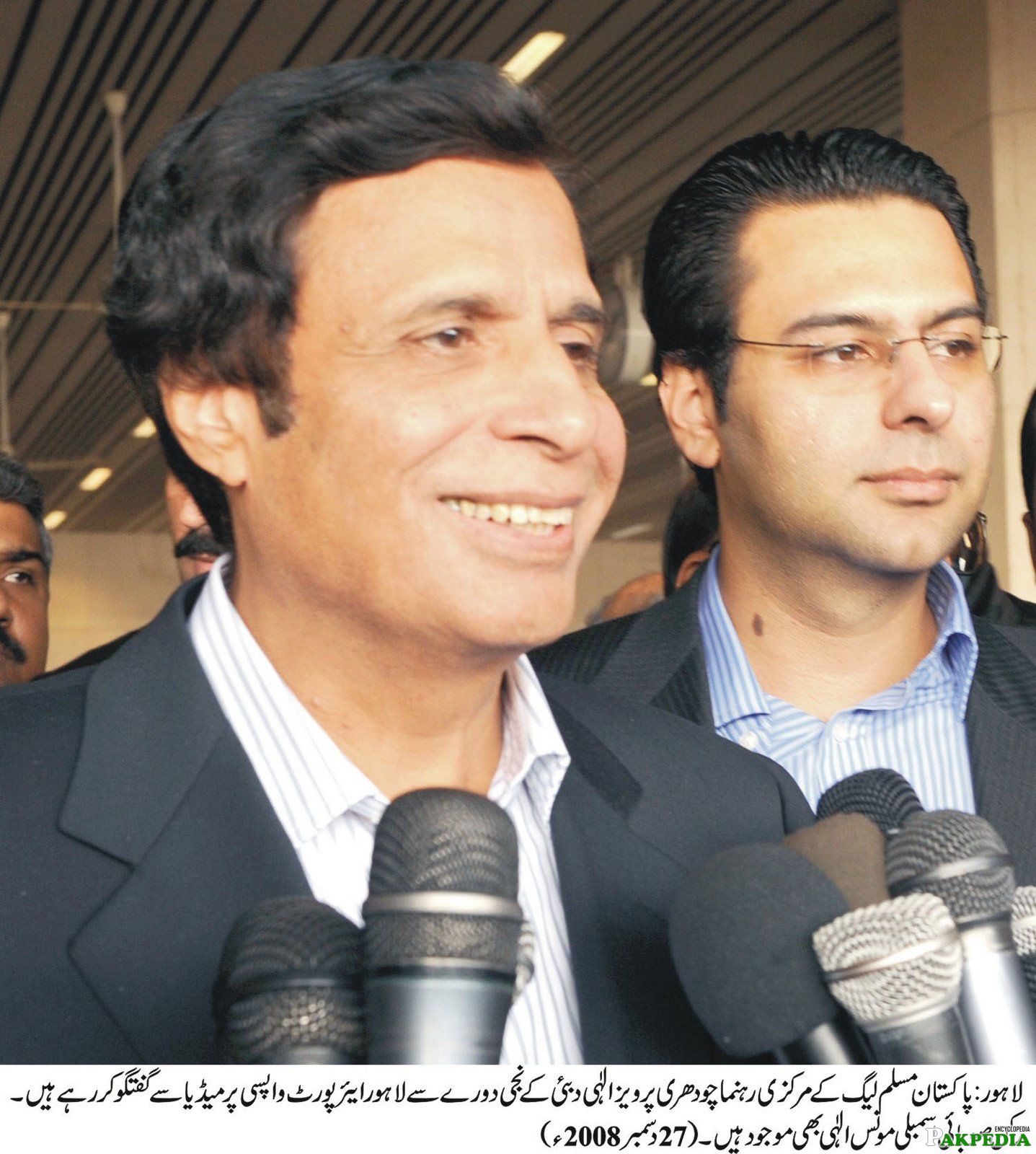 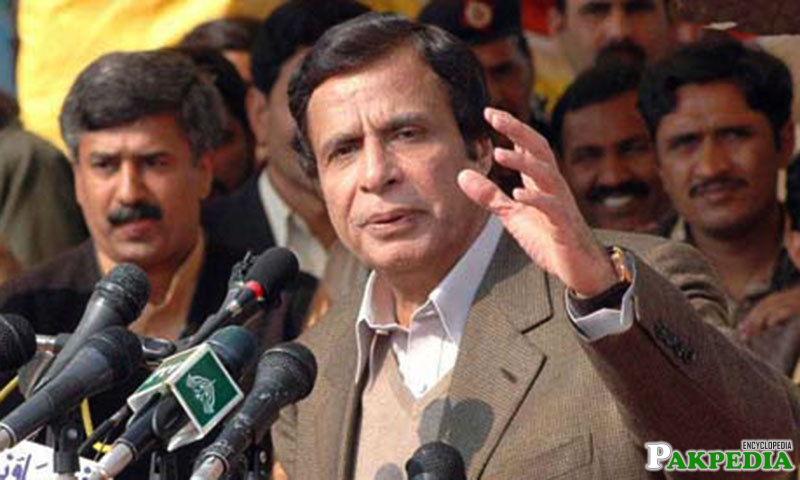 Chaudhry Pervez Elahi graduated from the Forman Christian College, Lahore in 1967, and obtained diploma in Industrial Management from London. After completion his education, he joined the family business in textiles. Now the family owns textiles, sugar and flour mills. He came into active politics in 1983. 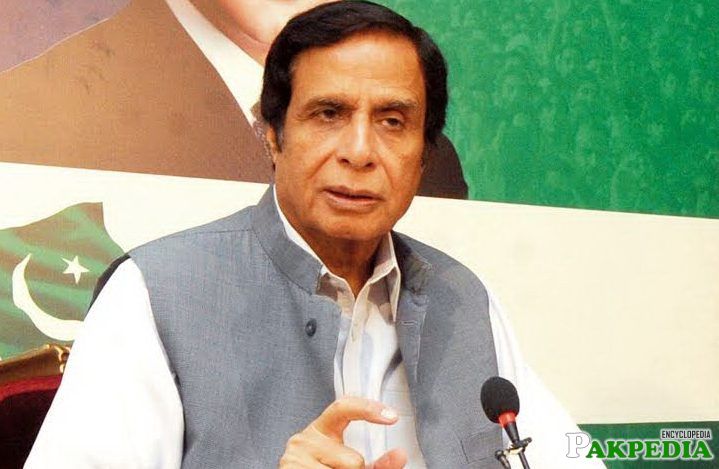 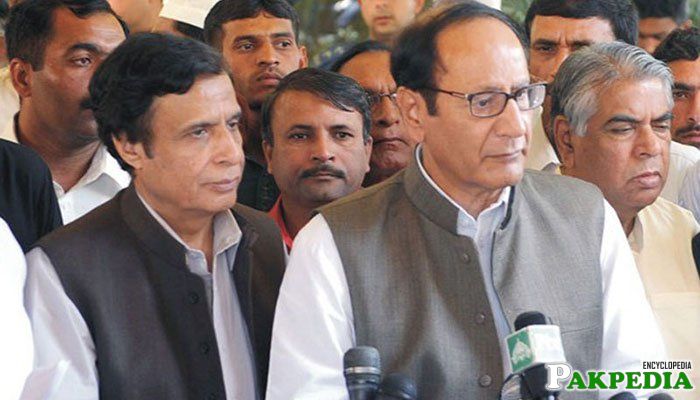 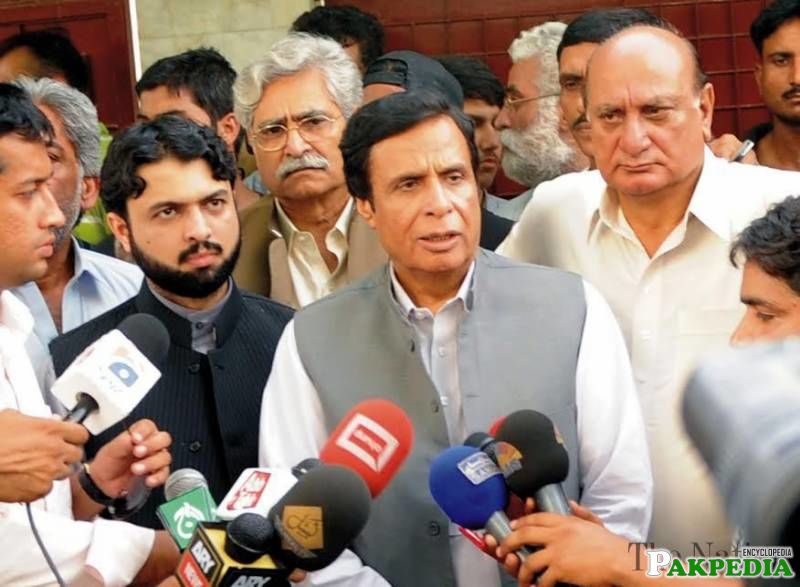 In 2002, he was appointed the chief minister of Punjab. Elahi and cousin Shujaat had been part of Pakistan Muslim League – Nawaz (PML-N) until the 1999 coup, after which they, along with other dissidents, formed their own party, PML-Q. Although he had been close to the Sharif family, Elahi and his kin had often had tensions with them, going back all the way to 1985 when he had formed his own group to counter Nawaz Sharif, who was chief minister at the time.[4] Elahi and cousin part of Pakistan Muslim League

Leader of the Opposition 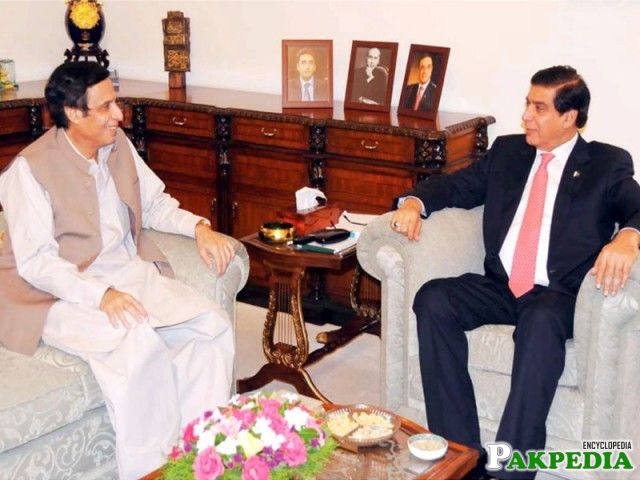 In 2008, the PML-Q leader was made the Leader of the Opposition in the National Assembly – but he suddenly and unexpectedly quit this post later that year in September, allegedly over a possible power sharing deal with Pakistan Peoples Party (PPP) in Punjab as well as at the centre.In 2011, meanwhile, when PML-Q entered into an alliance with a needy PPP, a longstanding demand of the party was fulfilled and Elahi was awarded the post of deputy prime minister. This, however, was a ceremonial position with no extra powers.[5] Elahi was awarded the - of deputy prime minister 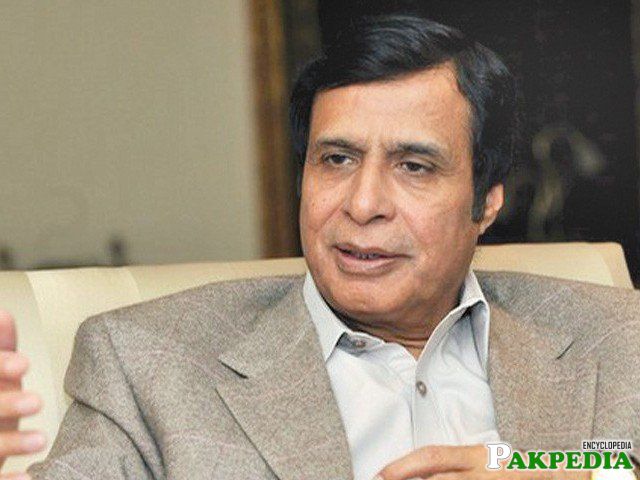 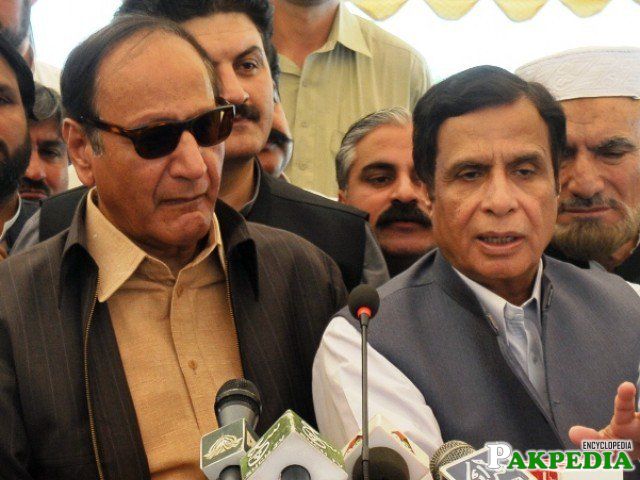 Pervaiz Ellahi had been nominated for the speaker of Punjab Assembly by PTI chairman Imran Khan on August  2018 and he is all set to be the speaker for the second time as he was the speaker of Punjab Assembly during Pmln's government a long time ago. He won this seat by securing 201 votes which were totally unexpected, while his opponent Muhammad Iqbal from Pmln managed to gather only 146 votes.
Disclaimer: As an encyclopedia, pakpedia.pk's articles contains shared information which has collected from different sources and people. We welcome everyone for corrections and updates, Thank you.

Firdous Ashiq Awan, who holds an MBBS degree is a