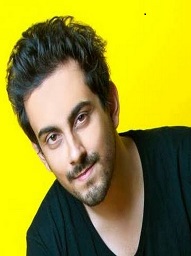 Â Â Â Â
Bilal Khan is a handsome Pakistani actor, singer and a songwriter who is in the industry since 2009 and is achieving success with his talent and hard work. This article contains detailed information about Bilal Khan biography, Bilal Khan wife, and Bilal Khan songs. Did you know that he is a singer turnedÂ actor? 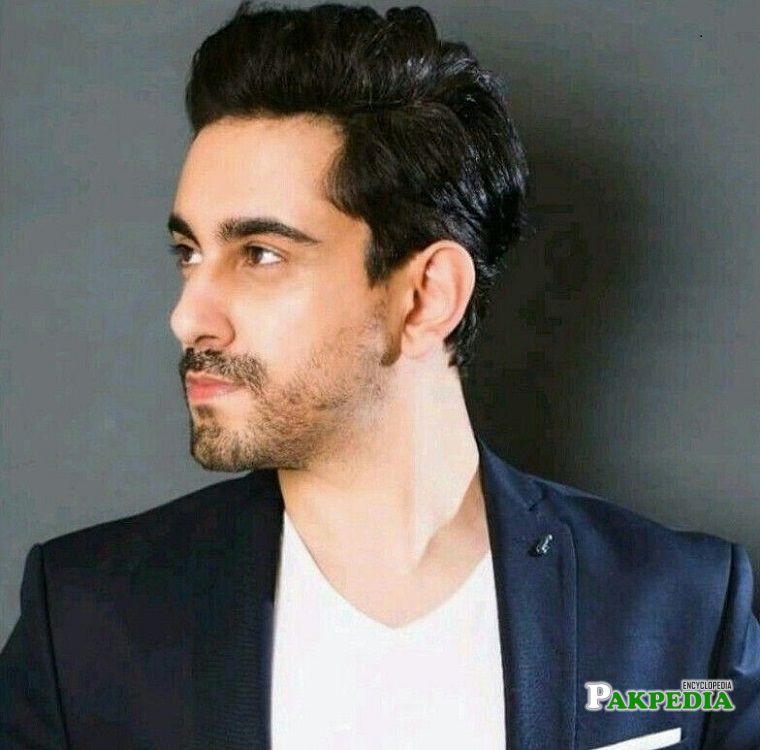 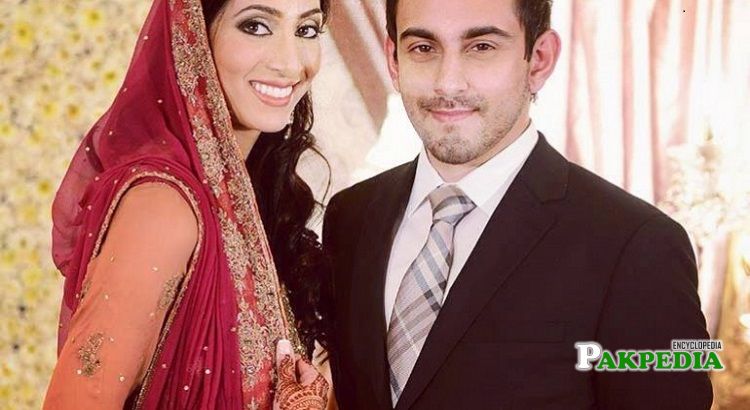 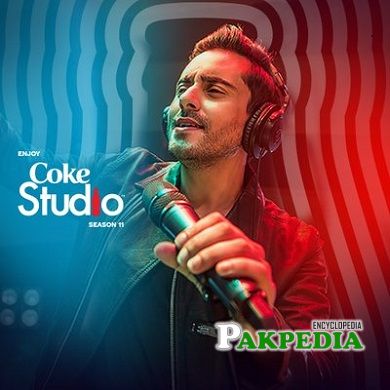 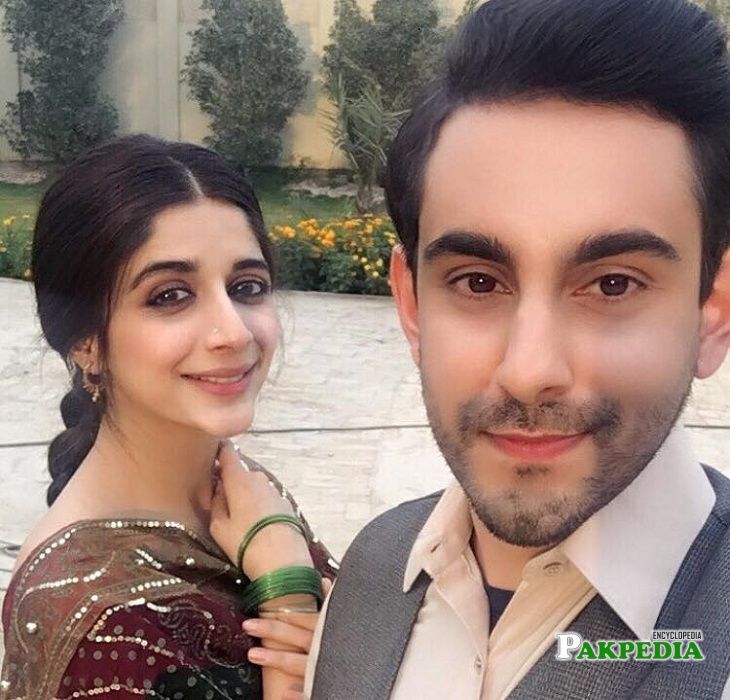 Bilal Khan on sets of Sammi 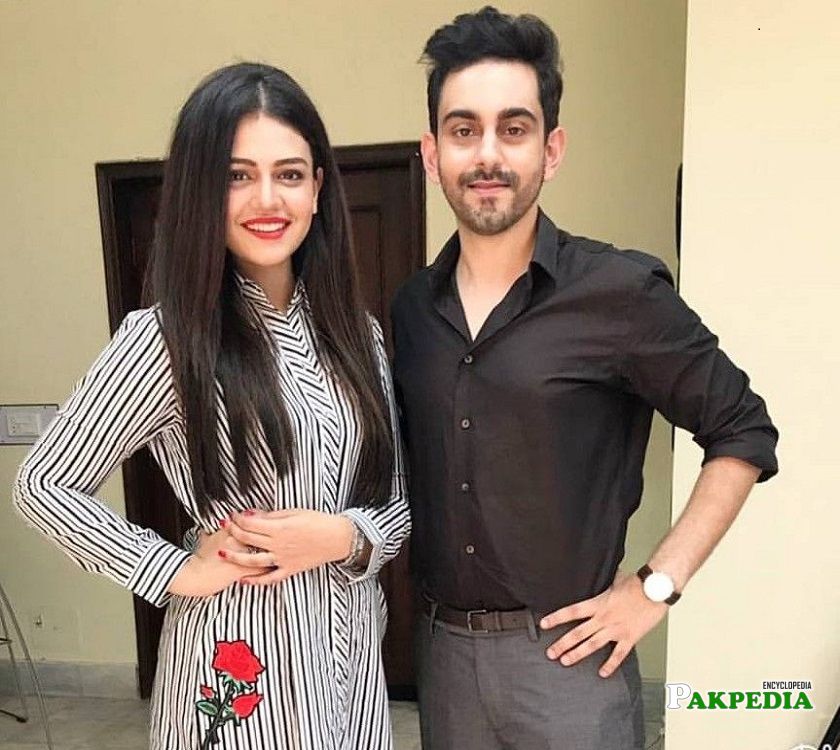 Bilal Khan with Zara Noor Abbas on sets of Khamoshi

Bilal is a young, good looking Pakistani singer turned actor likewise a songwriter. He has given great music to the industry.Â Being born in Saudi Arabia he later moved to Lahore city of Pakistan along with his family and he is dwelling in a similar city. He was constantly enthusiastic about singing and playing guitar. He is a dedicated vocalist who has earned accomplishment with no assistance or direction. He is indeedÂ one of the superstars of the industry who has a long way to go.

He was born on 4th October 1986 in Saudi Arabia but later moved to LahoreÂ from where he got his education.

He got married to Maria Bilal in 2014 and is living is a blessed life with her.

Bilal holds a degree of Bachelors in Politics and Economics from theÂ  Lahore University of Management Sciences (LUMS).

He released his debut song 'Bachaana' when he was in university and that song made him prominent among everyone. Bilal has discharged numerous collections with hit melodies. The name of the principal collection of him was 'Umeed' which was discharged in the year 2009. The melodies of his collection turned out to be well known among individuals and heÂ was even designated for his first collection. He recorded a melody for Levi's called Anjaane, alongside Zoe Vicajee, to pay tribute to "Strings". He additionally demonstrated for the Go Forth crusade by Levi's. In 2011 Khan discharged a tribute to Alamgir by account of the melody called "Dekha Na Tha" which became quite famous among the people.

As a playback singer

Bilal has also stated his voice for different osts of Pakistani dramas which are loved by everyone. He has sung the osts of 'Mata e Jaan', 'Roshan Sitara' and 'Khamoshi' which earned him the nomination of Best playback singer.

He performed two melodies from his collection "Umeed" on Coke Studio Pakistan, including "To Kia Hua". He returned again on Coke Studio Pakistan, in season 5, to sing tunes from his second collection "Maktoob" including "Larho Mujhey" and "Taaray". In 2012, he left for the United States to seek after examinations which prompted a short rest from singing. He came back to Pakistan in 2017 and restarted his melodic vocation, while additionally wandering into acting.

He started his acting career with a Telefilm 'Tammana Ki Tammana' which was aired on Hum Tv in 2015 starring Sanam Saeed and Mathira. His first Pakistani serial airedÂ in 2017 with the title 'Sammi'. The 'Sammi' cast includes Mawra Hussain, Ahad Raza Mir, and Sania Saeed. He again showed his acting skills next year in a serial 'Khamoshi' which became a super hit serial of Hum Tv. The cast includes Iqra Aziz, Affan Waheed, and Zarra Noor Abbas.

He has worked with many best brands and style fashioners of Pakistan. He has done a number of photoshoots as a model and he has worked in TV advertisements as well. His sharp and classy looks made it very easy for him to become a supermodel.Â He has worked as the brand ambassador of Levi Jean and also shown up on the cover page of huge magazines as mentioned in hiddenbodyfacts.com.

His are very famous among his fans and among many viewers as people desperately wait for his new vlogs. He has made numerous Vlogs with many prominent actors of the industry including Maya Ali, Kubra Khan, Asad Siddiqui, and many others.

. Bilal Abbas is a young, talented and handsome

Ushna Shah is one of the versatile and extremely t

Zohaib Hassan is an Asian pop star, singer, and pr