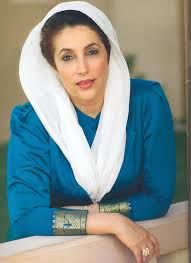 Popularly known as the Iron Lady of Pakistan, Benazir Bhutto opened the doors of politics for women in Pakistan. Not only did she become the first woman to head a major political party, but she went on to become the first and till date, the only female Prime Minister of Pakistan. She served this powerful position twice in her lifetime. Born in a prominent political family, she was exposed to political thoughts and beliefs since a young age.Â Her charismatic presence coupled with political shrewdness and unabated courage earned her the nickname â€˜Iron Ladyâ€™. Most of her contemporaries and rivals respectfully addressed her as â€˜B.Bâ€™.Â 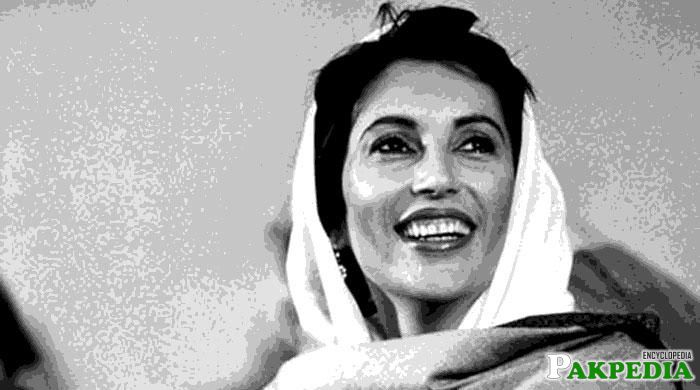 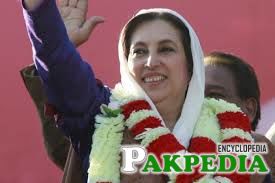 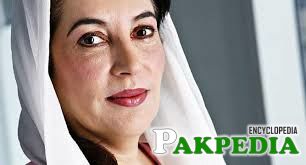 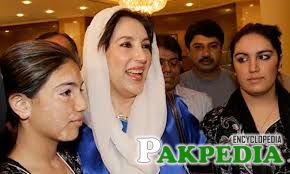 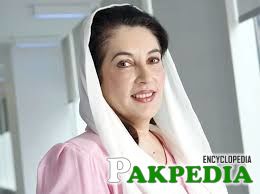 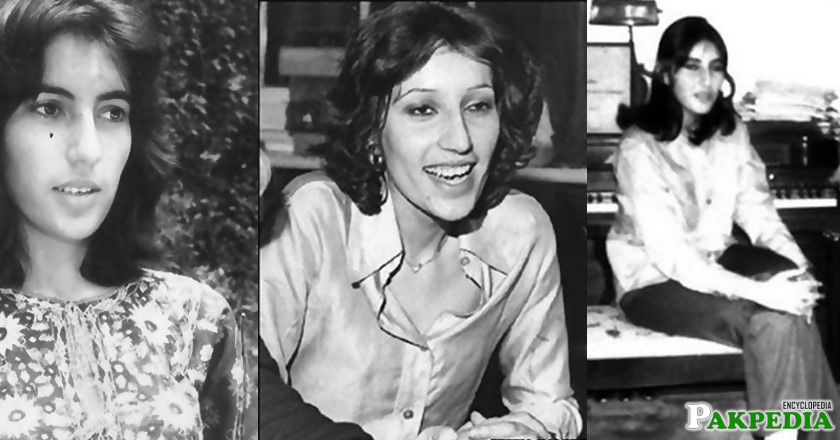 Benazir Bhutto was born on June 21, 1953, in Karachi, Pakistan, the eldest child of former premier Zulfikar Ali Bhutto. She went on to found the Pakistan People's Party and serve as the nation's prime minister (from 1971 to 1977). After completing her early education in Pakistan, she pursued her higher education in the United States. Bhutto attended Radcliffe College from 1969 to 1973, and then enrolled at Harvard University, where she graduated with a Bachelor of Arts degree in comparative government. It was then onto the United Kingdom, where she studied at Oxford University from 1973 to 1977, completing a course in international law and diplomacy.[1] Bhutto attended - Radcliffe College 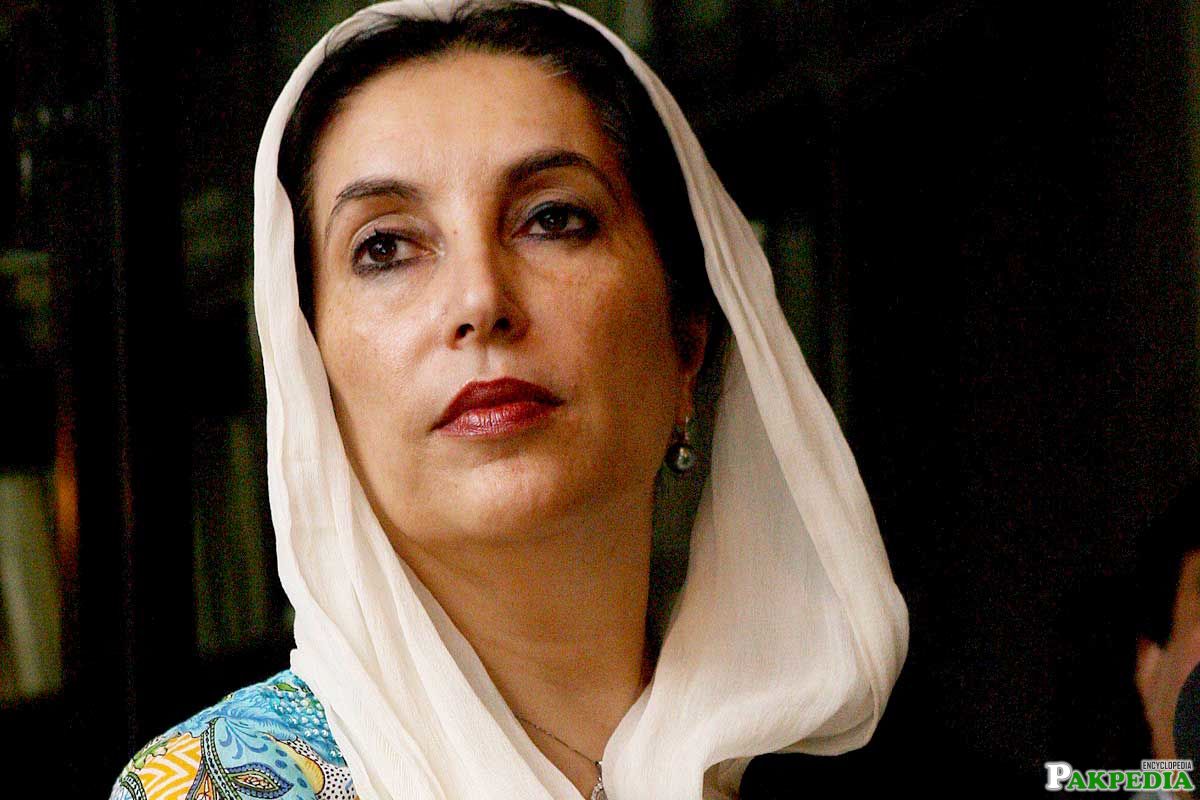 Leader of the PPP 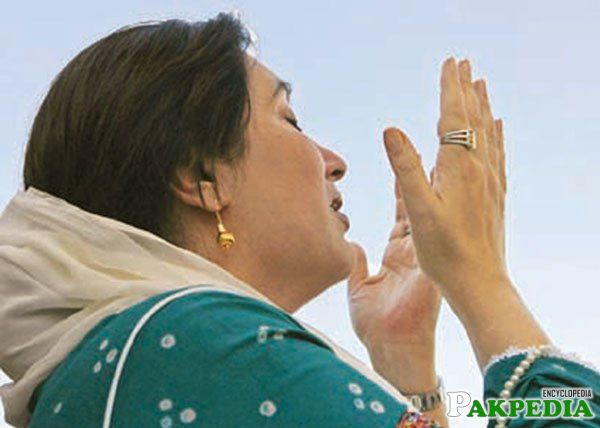 There were more family tragedies in 1980 when Bhutto's brother Shahnawaz was killed in his apartment on the Riviera in 1980. The family insisted he was poisoned, but no charges were brought. Another brother, Murtaza, died in 1996 (while his sister was in power) in a gun battle with police in Karachi.Â She moved to England in 1984, becoming the joint leader in exile of the PPP, then returned to Pakistan on April 10, 1986, to launch a nationwide campaign for open elections.She married a wealthy landowner, Asif Ali Zardari, in Karachi on December 18, 1987. The couple had three children: son Bilawal and two daughters, Bakhtawar and Aseefa. 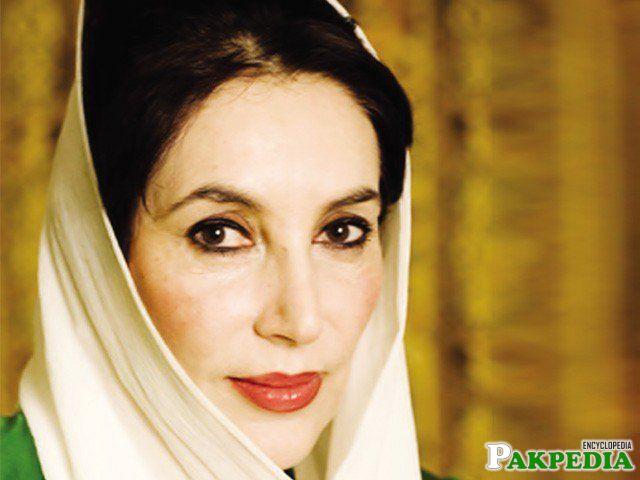 Zia ul-Haq's dictatorship ended when he was killed in a plane crash in 1988. And Bhutto was elected prime minister barely three months after giving birth to her first child. She became the first ever female prime minister of a Muslim nation on December 1, 1988. Bhutto was defeated in the 1990 election, and found herself in court defending herself against several charges of misconduct while in office. Bhutto continued to be a prominent focus of opposition discontent, and won a further election in 1993, but was replaced in 1996. While in self-imposed exile in Britain and Dubai, she was convicted in 1999 of corruption and sentenced to three years in prison. She continued to direct her party from abroad, being re-affirmed as PPP leader in 2002.Bhutto returned to Pakistan on October 18, 2007, after President Musharraf granted her amnesty on all corruption charges, opening the way for her return as well as a possible power-sharing agreement.Tragically, Bhutto's homecoming rally after eight years in exile was hit by a suicide attack, which killed 136 people. She only survived after ducking down at the moment of impact behind her armored vehicle. Bhutto said it was Pakistan's "blackest day" when Musharraf imposed a state of emergency on November 3, 2007, and threatened to bring her supporters on to the streets in mass demonstrations. Bhutto was placed under house arrest soon after, on November 9, and she called for Musharraf's resignation four days later. The state of emergency was lifted in December 2007. 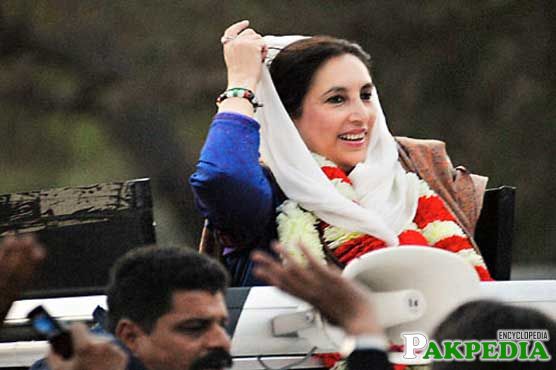 Benazir Bhutto was prime minister at a time of great racial tension in Pakistan. Her approval poll rose by 38% after she appeared and said in a private television interview after the elections: "We are unhappy with the manner in which tampered electoral lists were provided in a majority of constituencies; our voters were turned away. The Conservatives attracted voters from religious society (MMA) whose support had collapsed.Â  If Bhutto's government fails, everyone knows there will be no new elections. The army will take over". In confidential official documents Benazir Bhutto had objected to the number of Urdu speaking class in 1993 elections, in context that she had no Urdu-speaking sentiment in her circle and discrimination was continued even in her government. Her stance on these issues was perceived as part of rising public disclosure which Altaf Hussain called "racism". Due to Benazir Bhutto's stubbornness and authoritative actions, her political rivals gave her the nickname "Iron Lady" of Pakistan. No response was issued by Bhutto, but she soon associated with the term. The racial violence in Karachi was reached at peak and became a problem for Benazir Bhutto to counter. [3] great racial tension - in Pakistan During her election campaigns, she had promised to repeal controversial laws (such as Hudood and Zina ordinances) that curtail the rights of women in Pakistan. Bhutto was pro-life and spoke forcefully against abortion, most notably at the International Conference on Population and Development in Cairo, where she accused the West of "seeking to impose adultery, abortion, intercourse education and other such matters on individuals, societies and religions which have their own social ethos." However, Bhutto was not supported by the leading women organisations, who argued that after being elected twice, none of the reforms were made, instead controversial laws were exercised more toughly. Therefore, in 1997 elections, Bhutto failed to secure any support from women's organisations and minorities also gave Bhutto the cold-shoulder when she approached them. It was not until 2006 that the Zina ordinance was finally repealed by a Presidential Ordinance issued by Pervez Musharraf in July 2006.

Pakistan suffered a currency crisis when the government failed to arrest the 30% fall in the value of the Pakistani Rupee from â‚¨. 21 to â‚¨.30 compared to the United States dollar. Soon economic progress became her top priority but her investment and industrialisation programs faced major setbacks due to conceptions formed by investors based upon her People's Party nationalisation program in the 1970s. By the 1990s, Khan and Bhutto's government had also ultimately lost the currency war with the Indian Rupee which beat the value of Pakistan rupee for the first time in the 1970s. Bhutto's denationalisation program also suffered from many political setbacks, as many of her government members were either directly or indirectly involved with the government corruption in major government-owned industries, and her appointed government members allegedly sabotaged her efforts to privatise the industries.[4] Pakistan suffered - currency crisis

Bhutto was killed when an assassin fired shots and then blew himself up after an election campaign rally in Rawalpindi on December 27, 2007. The attack also killed 28 others and wounded at least another 100. The attacker struck just minutes after Bhutto addressed a rally of thousands of supporters in the garrison city of Rawalpindi, eight miles south of Islamabad. She died after hitting her head on part of her vehicle's sunroofâ€”not as a result of bullets or shrapnel, a spokesman for Pakistan's Interior Ministry said. President Musharraf said that he had asked a team of investigators from Britain's Scotland Yard to assist in the investigation into Bhutto's killing. Hundreds of thousands of mourners paid last respects to former Pakistani Prime Minister Benazir Bhutto on December 28, 2007, as she was buried at her family's mausoleum in Garhi Khuda Bakhsh, the southern province of Sindh. She was buried alongside her father Zulfikar Ali Bhutto, Pakistan's first popularly elected prime minister who was executed by hanging. Bhutto's husband, Asif Ali Zardari, her three children and her sister, Sanam, attended the burial. Following Bhutto's death, Pakistani President Pervez Musharraf announced three days of mourning.The shooting and bombing attack on the charismatic former prime minister plunged Pakistan into turmoil. Pakistan is armed with nuclear weapons and is a key U.S. ally in the war on terrorism. Furious supporters rampaged through several cities, torching cars, trains and stores in violence that left at least 23 dead. On January 2, 2008, Pakistan's election commission announced that parliamentary elections would be postponed until February 18â€”a delay of six weeks. Bhutto reportedly had been planning to give two visiting American lawmakers a 160-page report accusing the Musharraf government of taking steps to rig the January 8 vote.[5] election commission - announced

Sindh Chief Minister Murad Ali Shah has announced a public holiday in the province on December 27, in remembrance of the death anniversary of the assassinated Pakistan Peopleâ€™s Party (PPP) leader Benazir Bhutto. The Department of Services General Administration and Coordination of the Sindh government had earlier forwarded the summary to the CM on the matter. It is anticipated from the summary that provincial offices working under the Sindh government will remain closed on December 27, 2017. Benazir was assassinated during a public gathering at Rawalpindiâ€™s Liaquat Bagh, ten years ago on this date.Â Â [6] Public holiday
Disclaimer: As an encyclopedia, pakpedia.pk's articles contains shared information which has collected from different sources and people. We welcome everyone for corrections and updates, Thank you.

Afzal Khokharis a Pakistani Politician who is serv