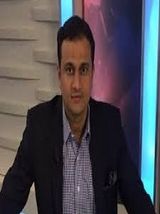 Barrister Murtaza Wahab is a prominent figure in PPP politics. He saw Shaheed BB’s politics closely from a young age and learned to appreciate her keen wisdom . In 2017 he got elected as a Senator. Besides Politics He is also a Barrister by profession and did LLB hons. Barrister Abdul Wahab who is a barrister by profession and is also a current senator of Pakistan peoples party is a son of late Ali wahab who died in 1993 and Fauzia Wahab.who died in 2012 and was also an active member of Pakistan peoples party.  He got elected as a senator in 2017 without any elections because no one submitted their nomination paper so before the date of elections he got selected as a Senator. He did LLB hons from University of London.

Career As a Barrister Pakistan Peoples Party – Parliamentarian (PPPP) has awarded ticket for the Senate by-election from Sindh to Barrister Murtaza Wahab on the seat fallen vacant after Senator Saeed Ghani’s resignation upon winning a Sindh Assembly by-election from Karachi. Meanwhile, Syed Najmi Alam will be the covering candidate in this by-election of the Party. The by-election is scheduled on August 17. [3] Nominated as senator

Elected As a Senator Pakistan People’s Party’s (PPP) Barrister Murtaza Wahab was elected a senator unopposed on Tuesday August 15 2017. The Muttahida Qaumi Movement-Pakistan (MQM-P) withdrew its candidates and other political parties had not submitted their nomination papers for the seat that fell vacant after Saeed Ghani resigned and ran for the provincial assembly seat PS-114, Mehmoodabad, Karachi which he later won. Wahab is the son of the late PPP stalwart Fouzia Wahab and has earlier served as an adviser to the Sindh CM on law. Sources in the election commission said the election for the Senate seat was supposed to be held on August 17, but as there were no candidates, Wahab was declared the winner.  [4] Elected as a senator

Barrister Murtaza Bhutto last year in 2017 gave his views about Benazir Bhutto. He sai that Benazir Bhutto was not only a great politician and leader in fact she was also a great wife, mother, daughter and sister, she was all in one which proves that she was an ultimate personality. He added that today when she is no more with us than we should read her books, we should watch her interviews and today what difficulties pakistan is facing if Benazir bhutto was alive than she could do something for pakistan because she was the strong chain of 4 provinces. She was the baile of Poor people of Pakistan, was the baile of their rights and was the baile of democracy of this country.  So death of Benazir was not only the loss for their family, in fact it was the loss of whole nation that we didn’t get a chance to work with her. [5] views about benazir

An attempt to kidnap Pakistan Peoples Party (PPP) leader Fauzia Wahab’s son was foiled when the kidnappers’ vehicle ran out of fuel. Wahab said that unidentified men kidnapped her son Barrister Murtaza Wahab from the Karsaz area of Karachi and they were taking him towards Sohrab Goth, but they ran out of fuel, after which they left her son and the vehicle near the United Bank Ltd ( UBL) Complex and fled. The former PPP information secretary further said the kidnappers took her son’s cell phone, cash and other valuables. [6] Foiled kidnapping attempt